First State to Ratify Constitution Now Wants to Abolish It: Anti-gun Bills Are Back in Delaware

The small state of Delaware isn’t known for much. But one of the things it has long celebrated is that it was the first state to ratify the U.S. Constitution, making it “The First State,” as our license plates proudly display.

But in recent years, governor after governor has scrambled to create new slogans for the state, possibly because they are ashamed of any affiliation to the Constitution and what it stands for. Gov. John Carney, Delaware’s current gubernatorial leader, would like to see the state become more like New Jersey – if one could even consider that an aspiration. 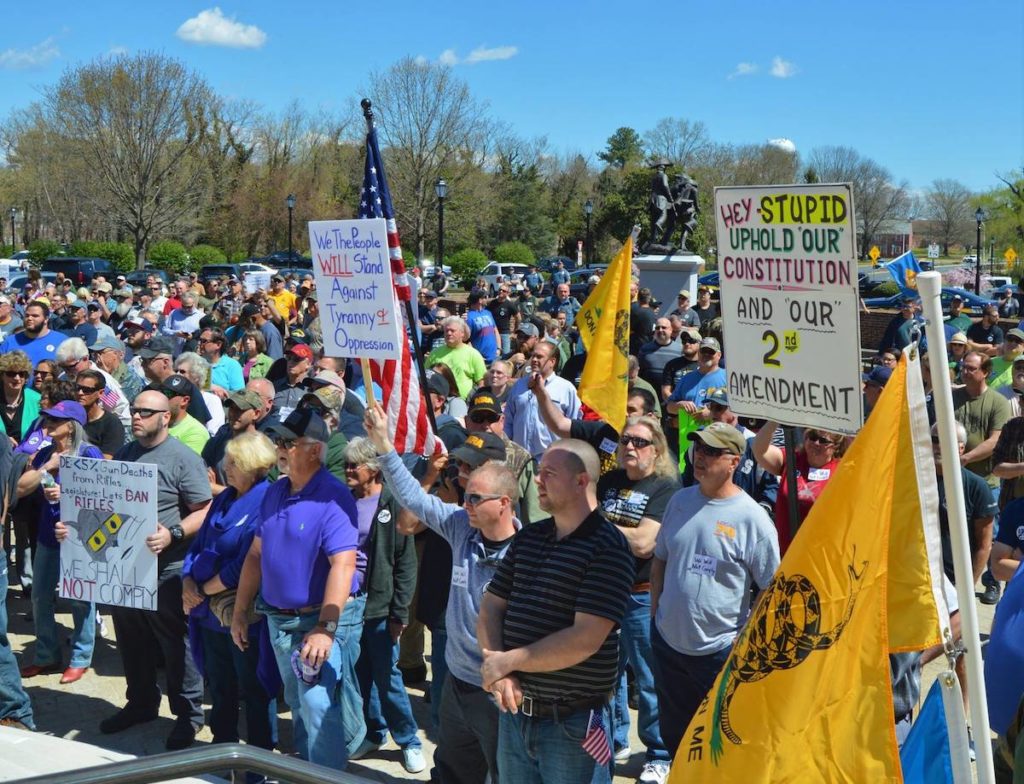 Hundreds of pro-gun citizens showed up to raise their voices against these new unconstitutional bills. (Photo: Facebook)

After being unable to pass several anti-gun bills in the General Assembly in 2018, Delaware’s liberals are back at it again. And as if to display a “we’ll show you” attitude, this year’s bills are even more egregious than those squashed in 2018.

To create the illusion of support for the legislation that their out-of-state masters have prescribed, Delaware Dems bussed in a handful of redshirt Bloomberg-funded “Moms,” who are demanding that good people be stripped of their freedom. They literally arrived in a bus that was arranged for them. It is estimated that there were about 30 or so “moms” supporting these bills. 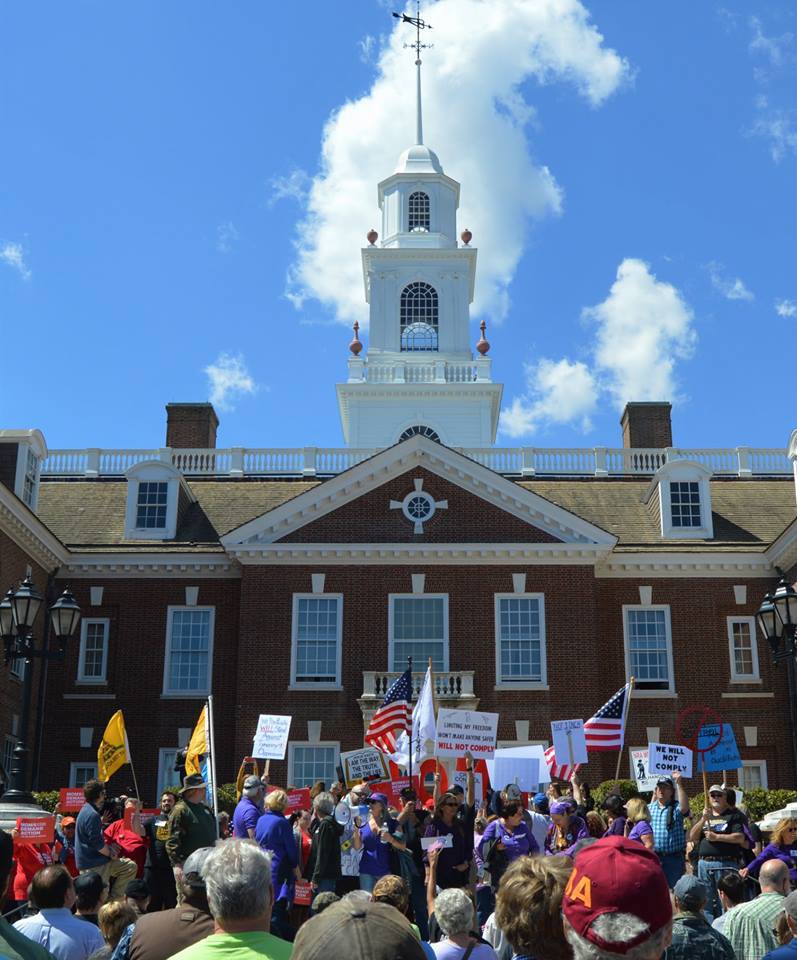 Tiny Delaware is once again under siege by Bloomberg and his minions. (Photo: Facebook)

In sharp contrast, a true grassroots army arrived on the scene.  Hundreds of pro-gun citizens showed up at Legislative Hall in Dover Wednesday to protest and oppose these bills. These people arrived on their own dime, many taking time from their jobs and busy schedules on a weekday. And yet, the anti-gun legislators and their partners in media will insist that there is a groundswell of support for their unconstitutional plans.

Legislation like this is spreading from state to state, funded by Bloomberg and others like him. Your country is literally being bought and sold from underneath you. Stop looking at the national level for threats to your freedom, because while you are, it is being taken from you by those in your own backyard. 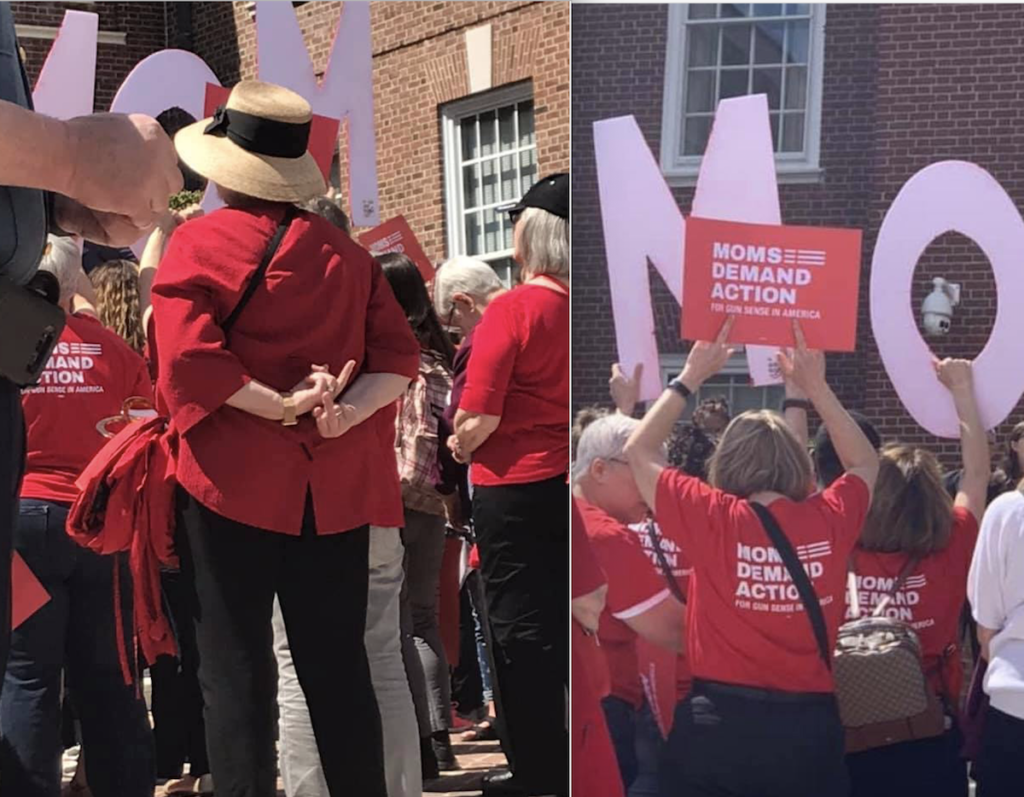 Keeping it classy.  The bussed-in “Moms” weren’t exactly June Cleaver as they openly showed their hatred for those who came to oppose the new anti-gun bills. (Photo: Facebook)

Many of those in power view overwhelming opposition to anti-gun legislation as an obstacle to be overcome, rather than a mandate to follow. This, in a nutshell, is the new government that has been propped up by New York billionaires with Napoleon complexes, and agendas. If your state government hasn’t yet been bought and paid for by these tyrants – don’t worry, it will be soon.