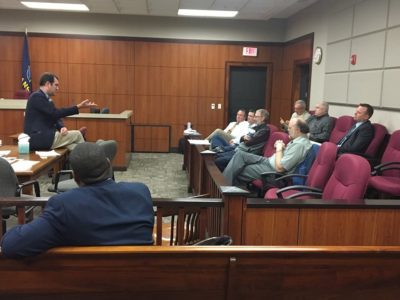 Kansas AG Derek Schmidt defended the state law writing that “the intent of the Second Amendment Protection Act is to reaffirm the constitutional limits on Congress’s authority to regulate firearms, firearms accessories and ammunition under the Constitution and thereby protect the rights reserved to Kansas and its citizens under the Second, Ninth, and Tenth Amendments.” (Photo: Schmidt)

The 10th U.S. Circuit Court of Appeals ruled that a Kansas law does not nullify federal law in a case where two men made and bought unregistered suppressors. Suppressors, or silencers, are regulated under the National Firearms Act – the NFA.

The law also prevents enforcing or attempting to enforce “any act, law, treaty, order, rule or regulation of the government of the United States regarding any personal firearm, firearm accessory or ammunition that is owned or manufactured commercially or privately and owned in the state of Kansas and that remains within the border.”

Acting in faith of the Kansas law, Shane Cox and Jeremy Kettler, engaged in the business of selling homemade firearms and suppressors. Both were indicted in 2015 on separate counts.

“The law pretty clearly states that these products are legal to own, as long as they are made in Kansas and sold to Kansas residents and don’t leave the state,” said Kettler.

Kettler was frustrated by the lack of support from politicians and law enforcement. “It was absolutely legal, up until we were charged,” he said. “And then, no politician or anybody would talk to me.”

Kettler was the only buyer arrested and charged for purchasing an unregistered suppressor, although Cox sold many to others.

The initial court rejected Cox’s and Kettler’s defense, that the state law protected them from any prosecution and that the federal law was not unconstitutional.

Cox was found guilty of selling firearms and NFA-regulated items without a license and Kettler was convicted for possessing an unregistered silencer.

The pair appealed, arguing that the National Firearms Act is unconstitutional and that SAPA shields them from federal regulation. Additionally, Kettler argued that he had been unfairly targeted and “ensnared in a constitutional dispute” between the state and federal government.

The court denied all three appeals while leaving the Second Amendment Protection Act unchallenged. However, understanding that Cox and Kettler were relying on state law to protect them, the two have only been sentenced to probation.

“The defendants here argued that their good-faith reliance on a valid state statute should be a defense to their actions,” said Kansas Attorney General Derek Schmidt before the appeal. “That position is reasonable, and it is consistent with the State’s interest in ensuring the Second Amendment Protection Act itself is defended.”

The court ruled that the federal government has the right to regulate firearms and accessories under the congressional power to tax.