The Army Selects B&T for Its Sub Compact Weapon System 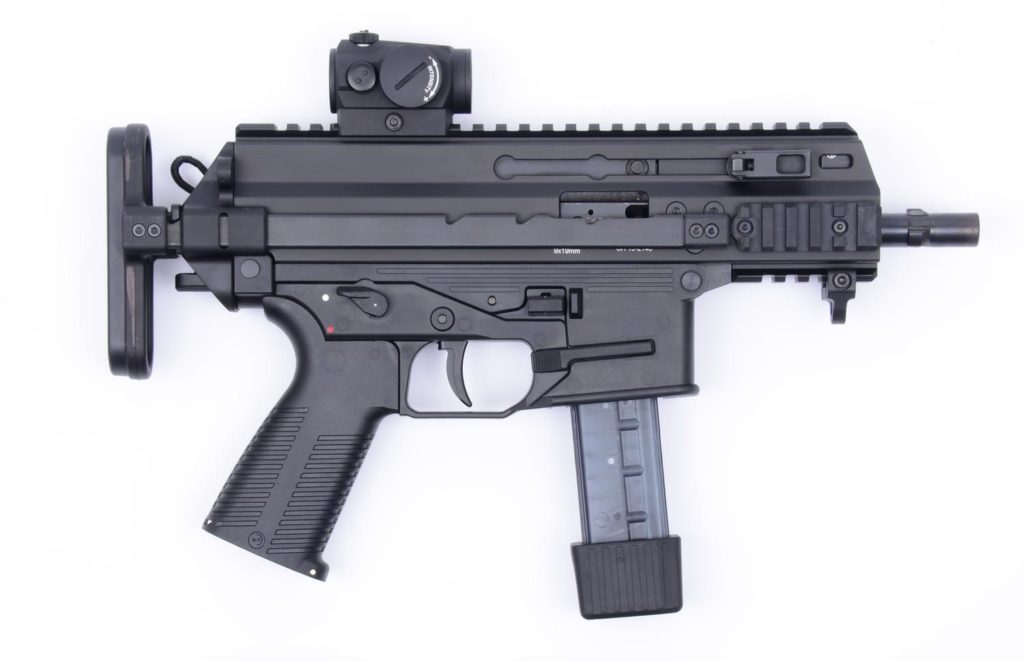 The Army’s highest-ups will be guarded with these subguns by Brugger & Thomet. (Photo: B&T)

The Army has a new Sub Compact Weapon, or SCW, for its top-tier security teams, and surprise, it’s a Brugger & Thomet. The Army put out a solicitation for a new submachine gun last year and until now, other competitors seemed likely favorites.

After selecting the six most appropriate options, the Army asked each company to send in 15 guns for testing earlier this year, completing the competition in record time.

SIG recently landed a contract with the Army and Air Force to replace the vast majority of their sidearms with P320-based M17 and M18 pistols. Since then every branch of the military has gone on to adopt the M17 and M18 to some degree.

The Army and Air Force selected SIG pistols not only for their solid performance throughout the trials but also for their exceptionally low price. When it comes to the Army’s Personal Security Details, price may have been less of a factor.

It comes with a 3-lug barrel or an even shorter standard barrel. (Photo: B&T)

The Army is starting with an order of 350 B&T submachine guns based on the APC9-K, the compact version of the commercial APC9. Unlike the APC9, which has a side-folding stock, the K model has a wire telescope stock that almost disappears completely when stowed.

It also has a shorter forend and barrel options. Full details on the final configuration are still out. The Army has reserved the option to purchase 1,000 more SCWs if they are happy with the performance of these guns outside of a testing environment.

It has ambidextrous controls, non-reciprocating charging handles and comes with a 5.4- or 4.3-inch barrel and uses an Aimpoint Micro TL optic as the primary sighting system. It weighs about 5.7 pounds unloaded and measures in at just over 13.5 inches collapsed.

The APC9-K is a semi-automatic short-barreled rifle but the military version is select-fire, chambered for 9mm NATO. B&T typically ships these with one 15-round magazine and two 30-rounders, a case, a cleaning kit, a sling and a manual, but the Army package may be different and does include spare parts.