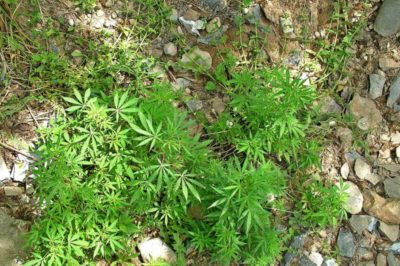 The bill would only provide an exception for those who use marijuana for medical purposes, not recreational. (Photo: Wikimedia Commons)

A new piece of legislation introduced earlier this month in the U.S. House of Representatives would allow medical marijuana users to purchase and own firearms.

The bill, dubbed the “Second Amendment Protection Act,” was introduced by West Virginia Rep. Alexander Mooney and states that an individual “shall not be treated as an unlawful user of or addicted to any controlled substance based on the individual using marijuana for a medical purpose in accordance with State law.”

Current federal law prohibits anyone who uses a Schedule I Controlled Substance for any purpose from owning a firearm, which includes medical cannabis. As the Bureau of Alcohol, Tobacco, and Firearms (ATF) stated in a 2011 letter, “there are no exceptions in federal law for marijuana purportedly used for medicinal purposes, even if such use is sanctioned by state law.”

And even as more states legalize the drug for recreational and medical use, the ATF hasn’t budged on its stance.

In 2016, the ATF amended Form 4473 to remind gun buyers that “the use or possession of marijuana remains unlawful under federal law regardless of whether it has been legalized or decriminalized for medicinal or recreational purposes in the state where you reside.”

The 9th U.S. Circuit Court of Appeals also ruled in 2016 that banning medical marijuana users from purchasing or owning a firearm does not violate Second Amendment rights. The court argued that there is a strong link between drug use, including marijuana use, and violence, and the federal ban is therefore justified.

Marijuana advocates contest that reasoning and argue that medical cannabis use should not deprive someone of his or her constitutional rights.

The tension between state and federal drug and gun laws almost came to a head in Hawaii in 2017 when the Honolulu Police Department issued a letter to approximately 30 gun owners and marijuana users demanding that they turn in their firearms. The HPD backed down from enforcing that policy, but it demonstrates how conflicting laws can make trouble for even the most law-abiding Americans.

The Second Amendment Protection Act seeks to resolve at least some of that conflict, and it’s been referred to the House Judiciary Committee for review.

Next post: Convert Your AR to 9mm with CMMG 9 ARC Magazines