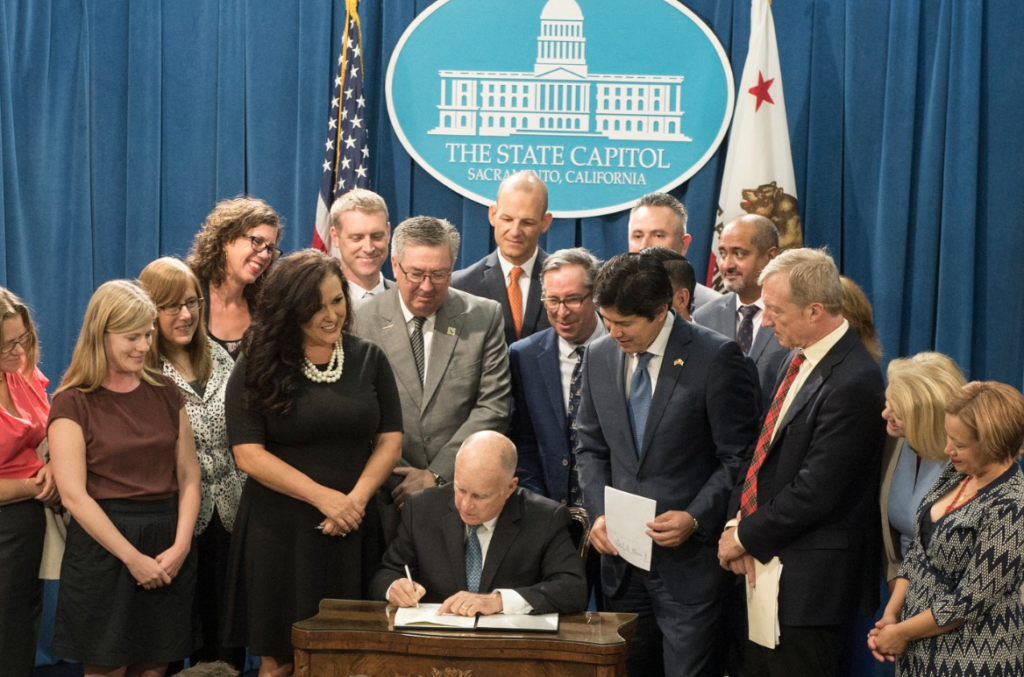 Californians will have to deal with a new wave of gun laws signed into effect by Gov. Jerry Brown. These new laws ratchet up the state’s stranglehold on the 2A by raising the age requirement to buy rifles and shotguns to 21, among other things.

Gun-rights activists slammed the governor and the new laws, although Brown did not sign every law included in the gun control package.

“Governor Brown just told millions of people under 21 that they can fight and die for our state and country with machine guns, but they can’t buy a gun for self-defense in their homes,” said coalition spokesman Craig DeLuz. “That’s nuts.”

“We have directed our attorneys to explore every available legal remedy,” said Coalition president Brandon Combs. “We will continue to file lawsuits to challenge unconstitutional laws and remain cautiously optimistic that the Supreme Court will once more soon weigh in on Second Amendment rights.”

The bill was sponsored by Democratic Sen. Anthony Portantino. Moved by the Marjory Stoneman Douglas High School shooting, he was determined to block sales to adults under the age of 21.

“As a dad and senator, I am very grateful to Governor Brown for his leadership in signing this important bill,” said Portantino. “I was determined to help California respond appropriately to the tragic events our country has recently faced on high school campuses.”

The law includes exemptions for those in the military and law enforcement, as well as citizens with a hunting license.

Other laws include one that requires a minimum 8-hour training course for those applying for concealed-carry permits and a law banning bump stocks. One signed law classifies anyone who is involuntarily committed for any mental health issues as a prohibited person for life. The new laws also expand gun violence restraining orders to include ammunition and magazines.

Brown rejected bills that would limit buyers to one firearm a month as well as another bill that would allow employers, co-workers and high school and college staff to file gun violence restraining orders against gun owners.