California Lawmaker Wants to Tax Sale of All Handguns, Semiautomatics

A state lawmaker in California last week announced his plan to tax the sale of certain firearms and to use the revenue to fund community violence-prevention programs. 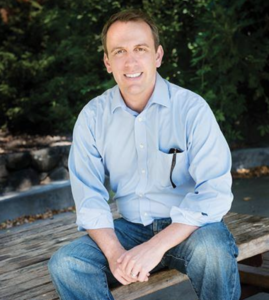 Assemblymember Marc Levine wants to impose an excise tax on the sale of handguns and semiautomatic long guns.  (Photo: Facebook)

Introduced as AB-18, the legislation would impose an “excise tax on the sales of handguns and semiautomatic rifles and would require the revenue collected from that tax to be used to fund grants through the CalVIP [California Violence Intervention and Prevention] program.”

“The goal is fewer gun deaths,” said the bill’s sponsor Assemblymember Marc Levine in a press release obtained by GunsAmerica.

“The gun tax will support the kind of interventions that make gun violence less likely in the first place which is exactly what we need to do,” Levine continued.

Levine did not disclose how much of a tax he would want the Legislature to levy. But there’s been speculation that it would be in the $25 range, falling in line with what places like Seattle and Cook County have done in recent years.

To this end, the Los Angeles Times Editorial Board came out in favor of the proposal, arguing that gun owners should “shoulder a little more of the cost of gun violence.”

“What we do know is that over the last five years, an average of 503,000 handguns have been sold each year, as have 556,000 long guns, including hunting rifles, shotguns and assault weapons,” wrote the Times Board. “If just handguns had been covered, a $25 tax would have raised $12.6 million per year; if all the guns were covered, that would have raised $26.5 million a year.”

Alan Gottlieb of the Second Amendment Foundation (SAF) wondered about the true intent of AB-18.

“What the gun Prohibitionists can’t ban outright they want to tax out of existence,” Gottlieb, the founder of SAF, told GunsAmerica. “What will they tax next? The right of gun owners to vote? It is time to put a stop to this California madness.”

It should be noted that Levine is no stranger to anti-gun measures. He authored the notorious AB 1135 that banned the sale of modern sporting rifles equipped with bullet buttons, which took effect on Jan. 1, 2017.

“Gun violence is the only epidemic with its own lobbyists, which makes passing common sense gun laws an uphill struggle,” said Levine, “but making California a safer place by protecting innocent lives is more than worth the fight.”

If only what Levine said was true.  See, taxing the sale of guns makes it more costly for low-income residents living in high-crime areas to defend themselves.  The result is fewer good guys exercising their 2A rights, fewer good guys taking responsibility for their personal safety.  Maybe that’s part of the reason why Seattle witnessed a spike in gun-related crime after it introduced its “common sense” gun tax.

It goes without saying, but the best way to protect people is to empower people to defend themselves.  One doesn’t need a multi-million dollar government program, funded by money taken from the wallets of law-abiding gun owners, to figure that out.

Next post: Clay’s Budget Blades Ep. 1: The Yojimbo 2 from Spyderco