This week, we probably should have dropped the word “Budget “ from the title, because our knife is anything but cheap. In fact, the Emerson Super Karambit is one of the most expensive production knives around. But since it is also the standard by which other Karambits are judged, I felt like we should go ahead and look at it.

Emerson is a knife company founded on a reputation for hard use blades. They expect you to beat and batter them, which is largely why they don’t come cheap. Emerson has made several models at the behest of various special operations units, from Navy Squeels to the SAS, a customer base you don’t let down. 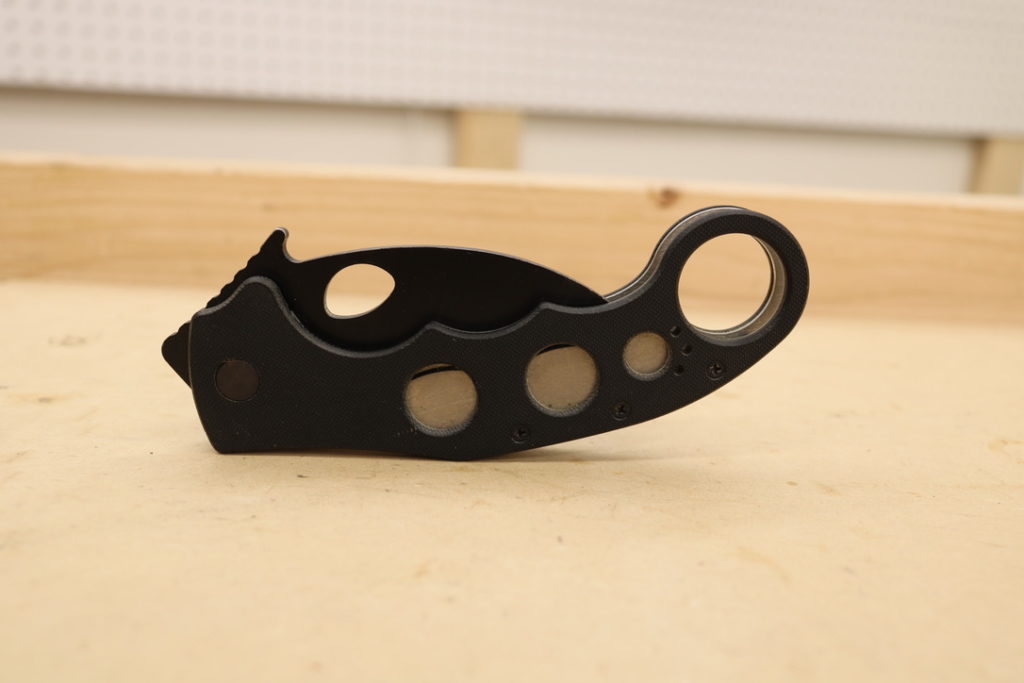 The Super Karambit folded up.

The Super Karambit is the most innovative folding karambits I have seen. Others have tried, with varying degrees of success, to match it. But the Emerson model still reigns supreme. As long as you are willing to fork out a little over $300 for one. 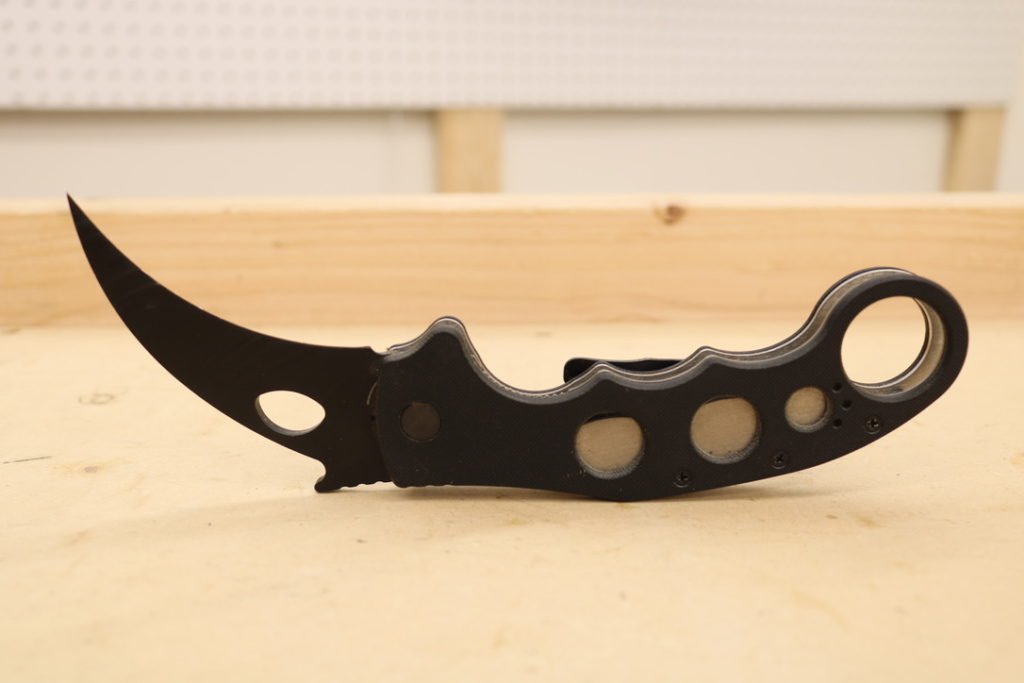 The Emerson Karambit comes in two sizes for folders, the Super and the Combat. The Combat has a 2.6-inch blade, while the Super is a full 3 inches. Having had both, they cut and carry largely the same, with the Super giving you a little more reach (obviously).

I am a bit of a latecomer to the karambit blade party. In fact, when these first came to popularity in the early 2000s, I wrote them off as a passing fad. And to be fair, the curved blade shape makes a terrible utility knife. Unless you are laying linoleum or harvesting grapes, the blade really only has one purpose: to be used as a weapon. 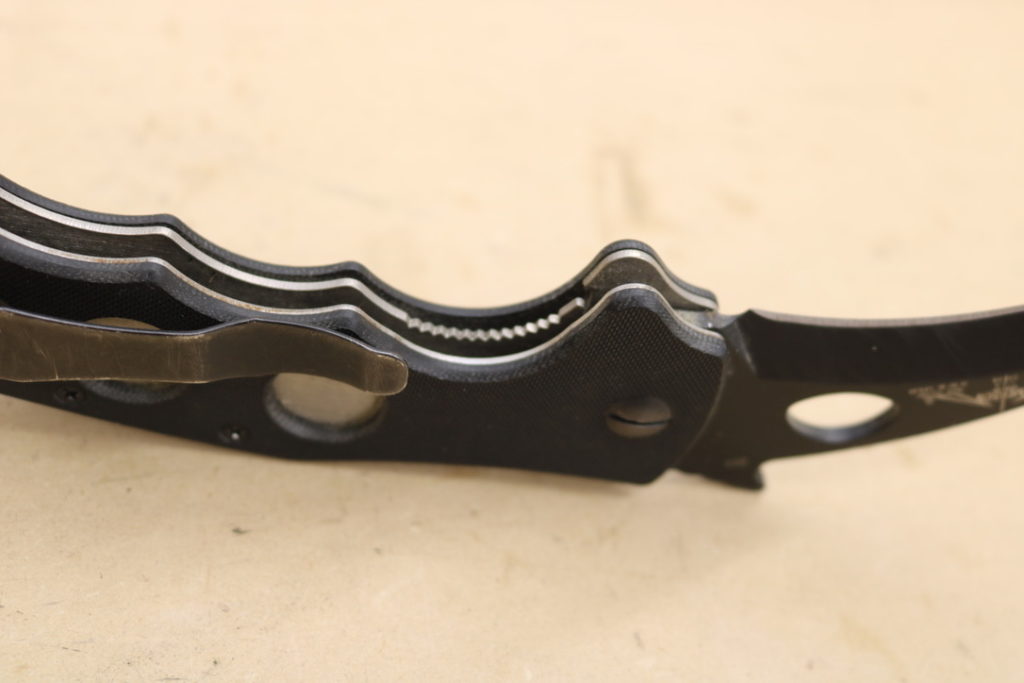 The shape is made to resemble the claw of a tiger or other animal, which sounds like some eastern mysticism nonsense until you try one out. Like the karambit nerds will tell you, the curved blade really does bite into tissue.

Combined with the raw power you can generate from the grip on a karambit, they are nasty for defensive use. When we are talking about shorter blades, which makes stabbing kind of irrelevant anyway, nothing else cuts like one. 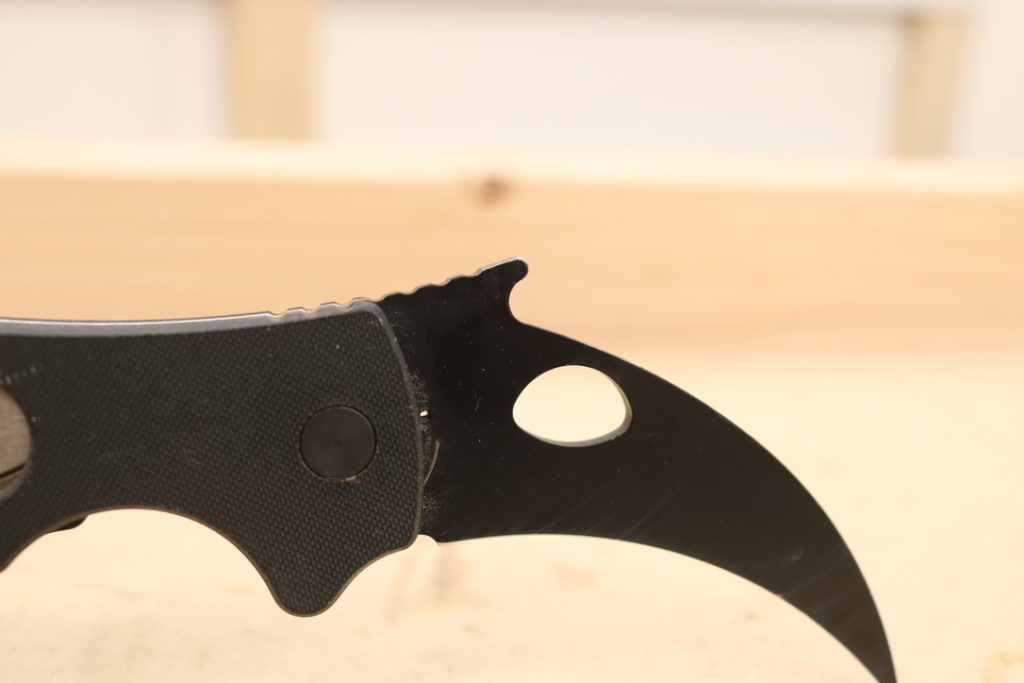 Emerson has a style and the Super Karambit fits exactly like every other knife in the lineup. G-10 epoxy glass laminate, for a thin but secure grip. Steel liner, with Emerson liner lock (incidentally, one of the only liner locks on the market I trust with my fingers). Chisel grind, with a reversible pocket clip.

The Super Karambit rides nicely in the pocket, even with the tell of a ring sticking out. The tradeoff in concealment is rapid deployment. Combined with the patented Emerson Wave opening feature, this thing deploys like greased lightning. 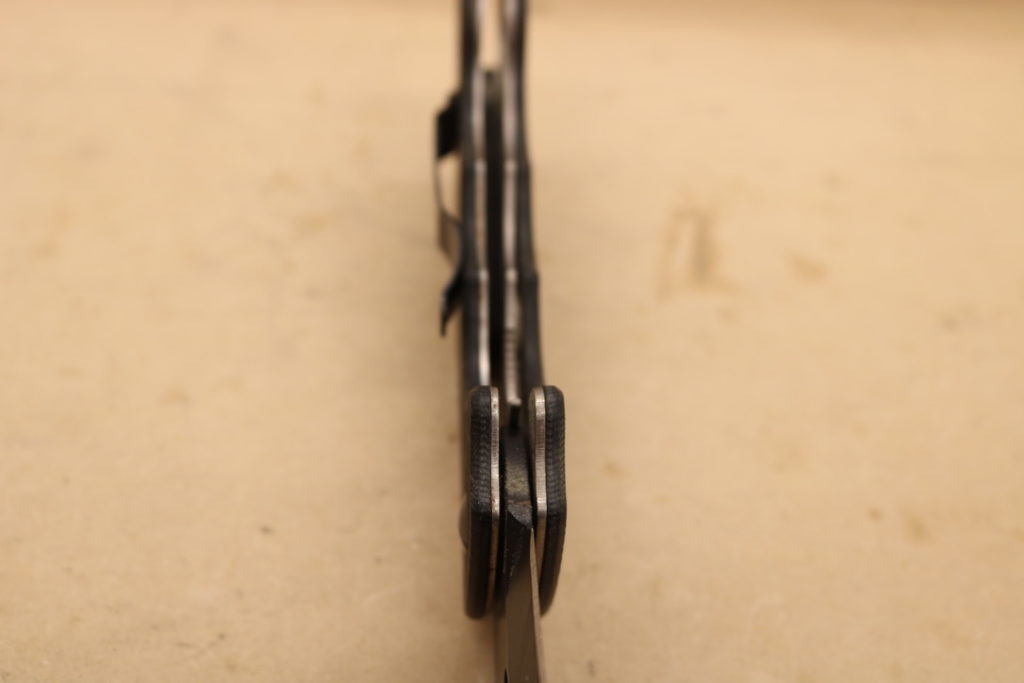 One of the few liner locks I trust.

As an edged weapon, if you must carry a folder, this is my number one recommendation. It isn’t cheap, it will set you back most of the price of a decent pistol. But if you ever need it, you are going to be glad you spent those coins.  For more information visit emersonkinves.com.

Note on purchasing: If they are out of stock, keep your pennies hoarded. Emerson builds in batches with a rotation of models in production at any one time. I had to wait two years for my Super Karambit, so be ready to strike when they are available. 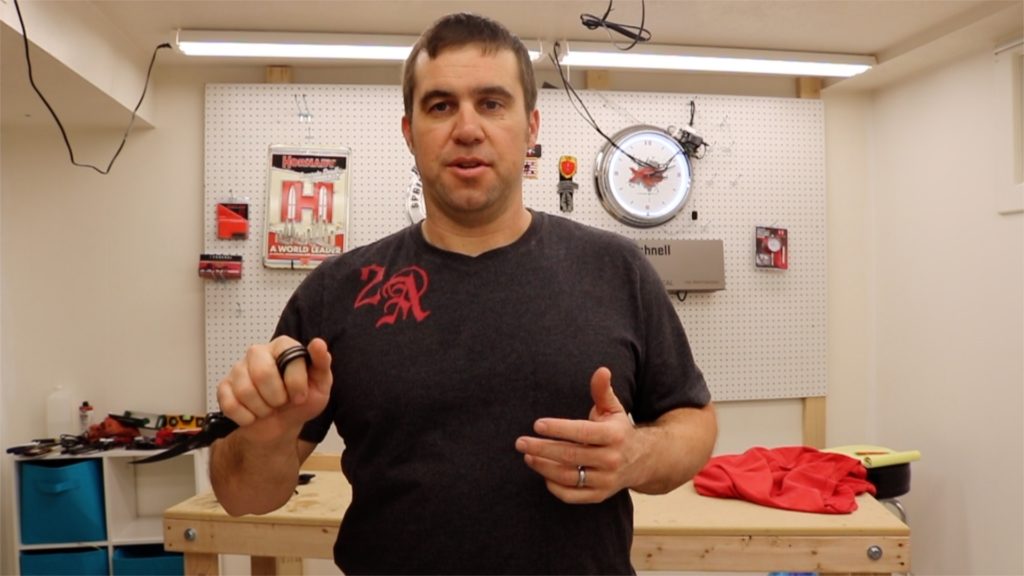 Ready to carve faces off if needed.

Next post: Why Your Super Reliable Carry Gun Suddenly Becomes a Jam-O-Matic