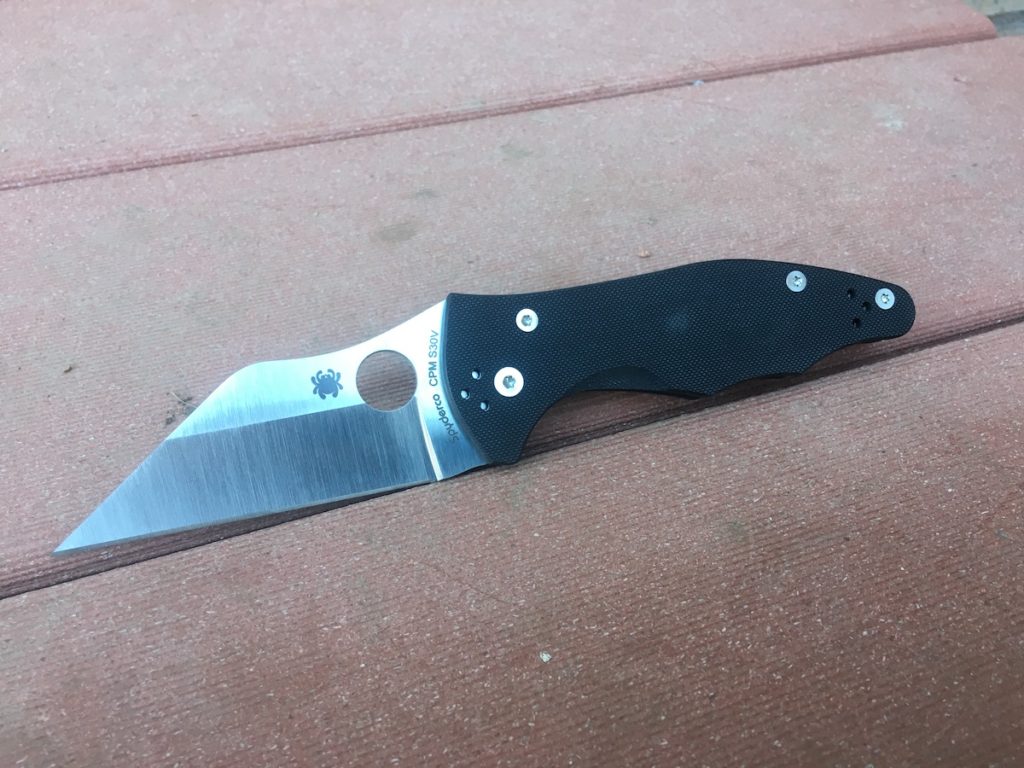 Most of us that are gun guys are also knife guys. Not all of us, to be certain, but we definitely have a strong showing in the Edged Weapons Fan Club. I most certainly fall into that category, which is why I am bringing you a new series: Clay’s Budget Blades.

Couple of reasons why we are stepping up here. First, unlike guns, most knife reviews tend to be less than informative, in my opinion. A quick rundown on YouTube will yield 15 videos that tell you the specs of a knife, which you could also learn in five seconds on the manufacturer’s website. But few will actually tell you how the knife feels or cuts or generally holds up after sustained use.

Second, unlike gun stores, there are not a lot of knife shops that allow you to try (or handle) before you buy. Quality knife stores are rare in most cities and, certainly, the same is true for smaller towns. I have made a knife order based solely on pictures, as I am sure many of you have, and been unhappy with the end result. Hopefully, this series gives you a little more insight before you pull the trigger on your next knife purchase.

Third, I just really like knives. Where I grew up it was a rite of passage to get your first knife, usually around age 6 or 7. Grown men would judge you on the sharpness of your blade, kid or not. And as I have gotten older, I have never lost my appreciation for knives as both weapons and tools. I taught edged weapons in the Army, as well as to limited clients as a civilian.

The idea behind Clay’s Budget Blades is to review products that are a good value, but not necessarily cheap. No gas station knives will be presented here, nor anything from QVC. I have had a knockoff brand lockback knife fail on me, and it was not an experience I would like to repeat. I trust very few things that cost less than $50, though I would make an exception for several Gerber models. The ceiling is around $500, with most of my reviews falling in the $50-$150 sweet spot.

So, with that out of the way, we are starting the series off with a bang.  From Spyderco: the Yojimbo 2. 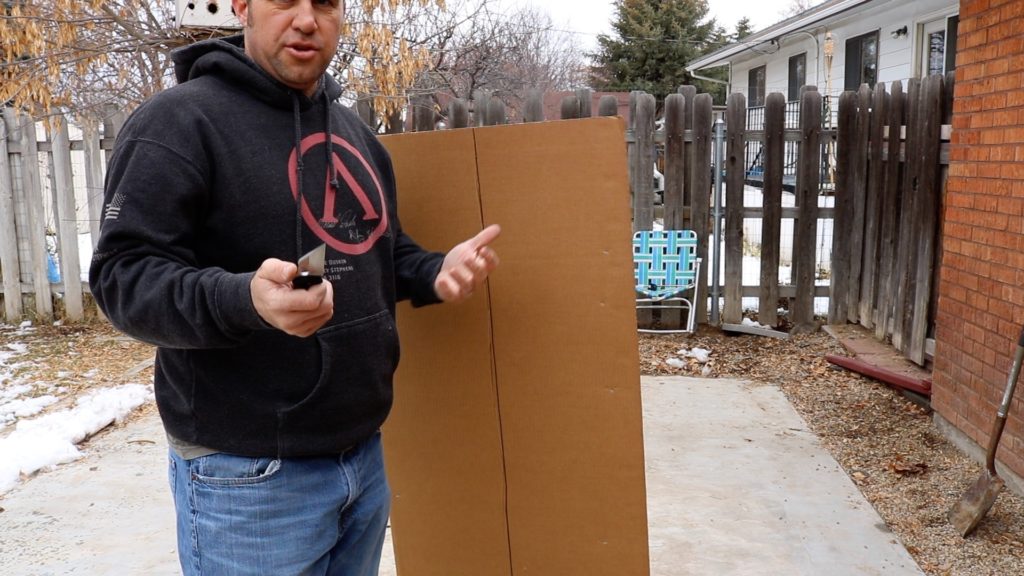 As a utility cutter, the Yojimbo 2 is hard to beat.

The Yojimbo 2 is a model I wasn’t sure I would like, from the pictures. Which shows the value of being able to hold something before purchasing it. From initial pick up, though, I have remained impressed, which is something. No way I was leaving the store without it once I had given it a test drive.

The first thing you notice about the Yojimbo 2 is the unique blade profile. It basically looks like an overgrown box cutter.  It’s called a Wharncliffe blade. Yojimbo 2 knife designer and personal defense expert Michael Janich pioneered the use of the Wharncliffe blade on tactical knives. It is alleged to have magic sauce for cutting, as it transfers power all the way to the tip, evenly along the cutting edge. I haven’t seen it in a lab test, but I will absolutely concur that the Yojimbo 2 is a cutter. 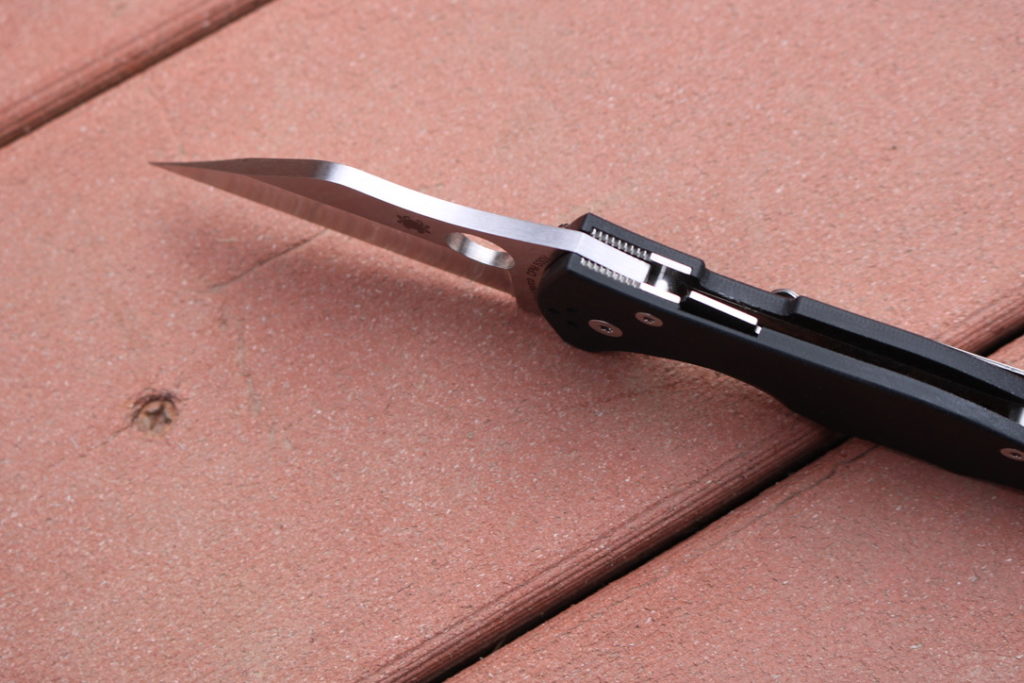 The Yojimbo 2 is 4mm thick at the spine.

The two things to take away from the blade design are obvious the moment you pick it up. One, the hollow grind and razor-like profile really make this thing sail through most material. And two, the profile yields a lot of meat left for the tip, which should make it very durable. Considering the spine of the blade is 4mm thick, this thing feels like a tank. The blade steel is CPM S30V, well known for toughness and corrosion resistance. 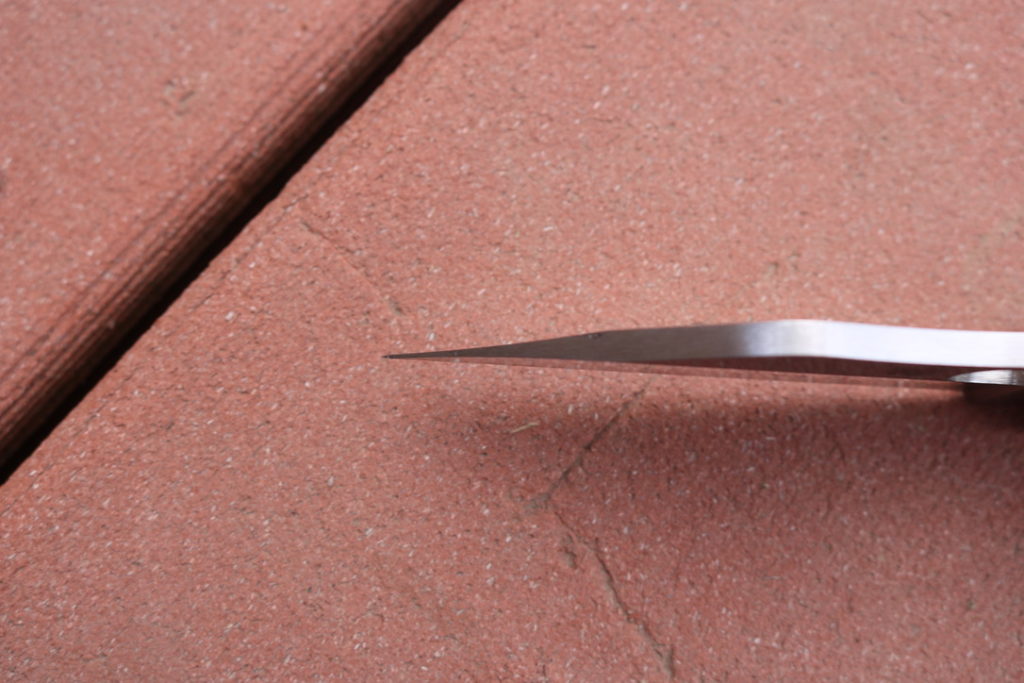 Note the strong tip, a must for a heavy use knife.

The handles are G-10 with a steel liner for added strength. The handle tapers toward your pinky finger in a saber grip, which looks weird at first. But it does feel great in the hand while also reducing the overall footprint of the knife. 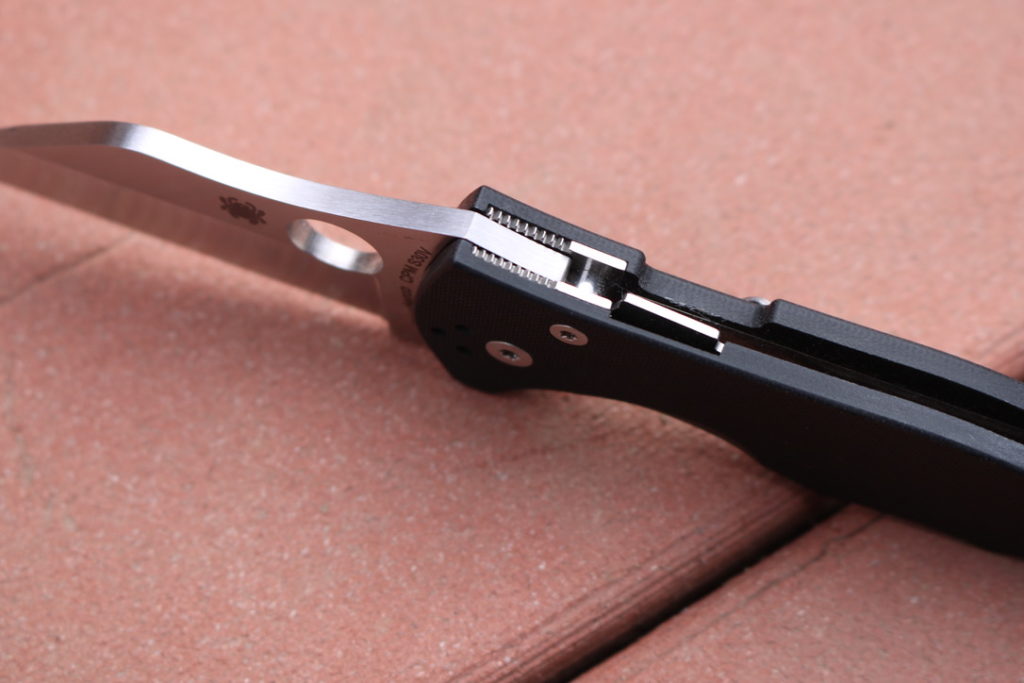 The lock is a compression lock, which is kind of like a liner lock in reverse. In practice, I like this a lot. I can use the knife with no fear of accidentally releasing the blade. And still, it is a simple matter to close the knife one-handed without risking injury. 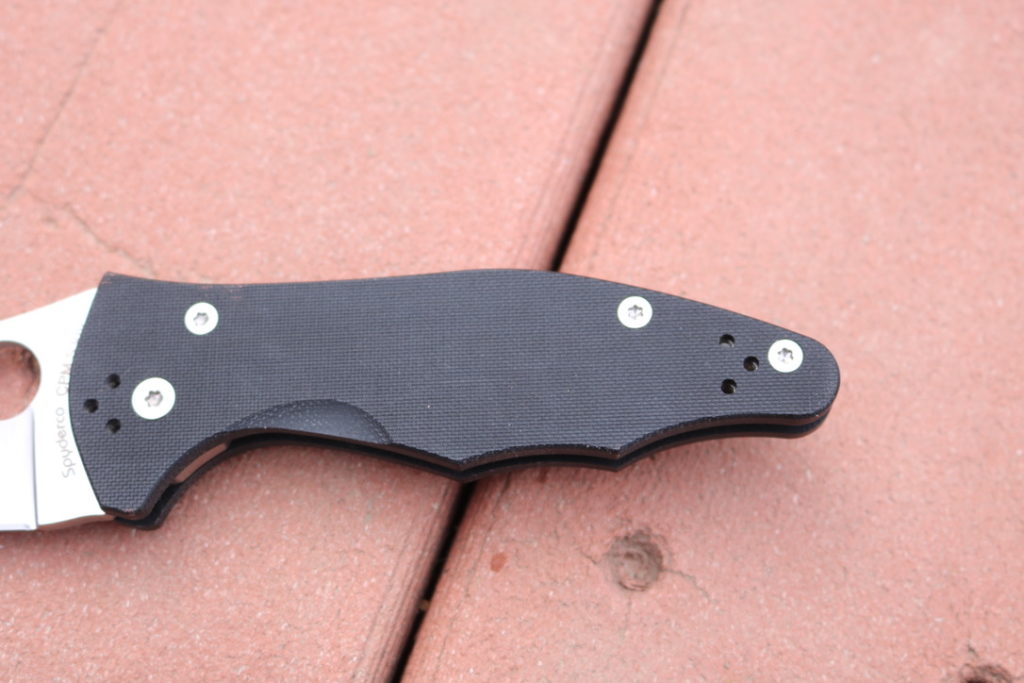 A tapering-handle profile feels great in the hand.

Overall, I find this to be one of the coolest knives I currently own. As a utility knife, it is going to be very hard to beat. As a self-defense tool, however, it has one drawback.  It’s not as easy to deploy as it could be if it had the Emerson Wave Opener.

I’m a big fan of the Emerson Wave Opener (EWO), which Spyderco has licensed for some of its Endura 4 models.  The opener is a hook on the spine of the blade that snags on the lip of the pocket thus deploying the knife when it is drawn from concealment (inside the pocket).  With a little practice on the EWO, the blade opens up almost automatically.

Don’t get me wrong, Spyderco’s trademark thumb hole works just fine on the Yojimbo 2 but it does feel slow compared to my knives equipped with the EWO.  And in a fight for your life, the less you have to focus on manipulating your tools to get them to function, the better.

All that said, I give this knife 5/5 on utility design, and 4/5 on self-defense design, based solely on the opening. If I lived in a place where the EWO was illegal, I would bump that up to 5/5. If you have been itching for some new steel, I think you will be very happy with the Yojimbo 2.

For more information on the Yojimbo 2 visit Spyderco.com. 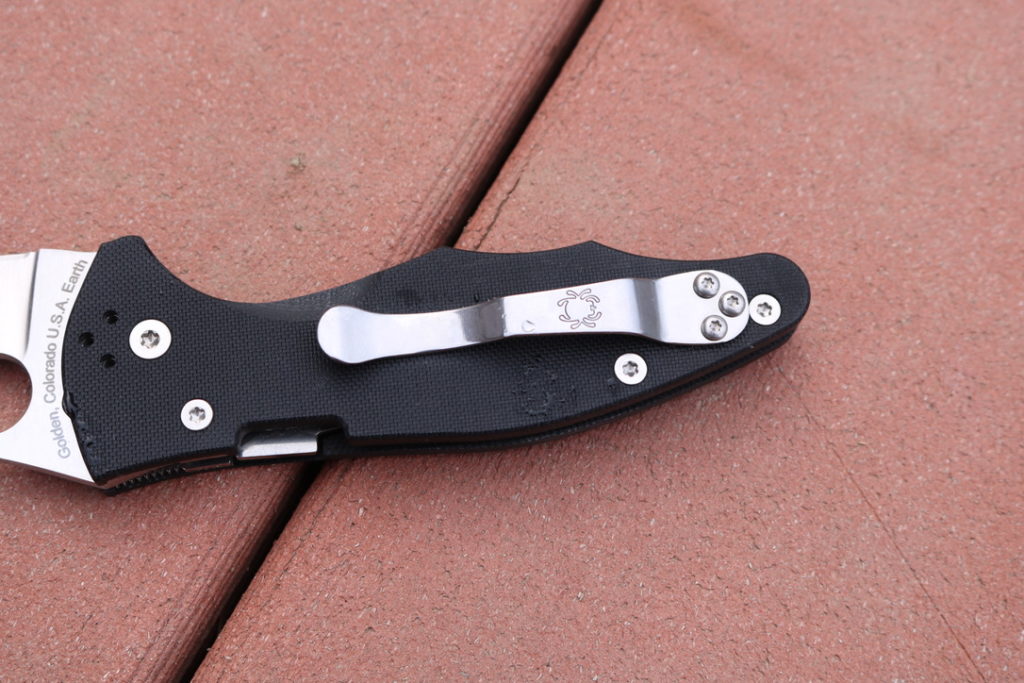 A multi-position pocket clip gives the user many options. 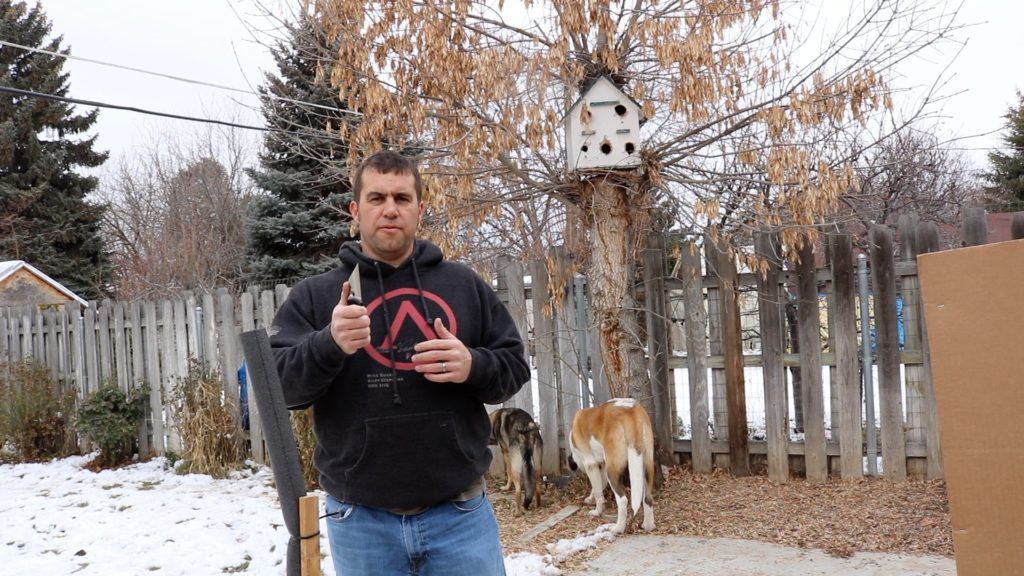 The Yojimbo 2 is a hard to beat slasher at a reasonable price.

Next post: Everytown Claims Victory in 2018 Over NRA ‘Cockroaches’