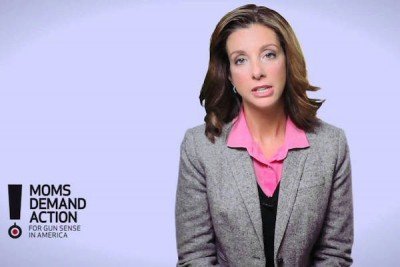 Democrats’ victory in the state senate in November gave anti-gunners total control of Colorado’s government, and they wasted no time pushing Extreme Risk Protection Order (aka, “red flag”) legislation. Democratic Gov. Jared Polis signed the legislation last week, though some local law enforcement officers have vowed to not enforce it.

“Today’s signing was a long time coming,” said Karin Asensio, a leader with the Colorado chapter of Moms Demand Action for Gun Sense in America. “Coloradoans are all too familiar with the devastation of gun violence, from shootings that make national headlines to the overwhelming number that never do.”

The anti-gun lobby’s national leadership chimed in as well.

“This victory is the direct result of Coloradans standing up for our safety and showing that together, we are stronger than the gun lobby’s scare tactics,” said Shannon Watts, founder of Moms Demand Action for Gun Sense in America and the nation’s leading crusader against bolt-action rimfire rifles. “Moms Demand Action volunteers helped flip the Colorado senate to be a gun-sense majority in November, and they turned out to make sure lawmakers did the right thing and voted for this common-sense proposal that protects our families. We know these laws are effective in keeping guns out of the hands of people in crisis, which is why they’re gaining traction across the U.S.”

Some Coloradans are fighting back, including Eagle County Sheriff James Van Beek, who said in an interview on Fox & Friends that he will refuse to enforce Extreme Risk Protection Orders.

“They went after the people’s rights. They went after [it] in a manner that I didn’t think gave them due process because they said, ‘well we need to do these things. We need to take these things away from them. We need to take these tools away from them.’ But they never provided any kind of assistance. So there was no outlet. So to me there wasn’t any kind of due process.”

Colorado’s red flag legislation patterns itself after similar policies enacted in several states in the last two years. It allows family members, “household members,” or law enforcement officers to petition a court for a gun confiscation order against a person if that person “poses a significant risk to self or others by having a firearm in his or her custody or control or by possessing, purchasing, or receiving a firearm.”

That initial order – called a “temporary Extreme Risk Protection Order” – can be granted without the respondent being present at the hearing, and the petitioner must only establish by a “preponderance of evidence” that the person poses a risk to self or others. The preponderance of evidence standard is one of the lowest standards of evidence and only requires the petitioner to prove that the respondent is “more likely than not” to pose a danger.

Once a person’s firearms have been confiscated, the court must hold a second hearing within 14 days, at which the respondent can be present. At that hearing, the petitioner must establish by “clear and convincing evidence” that the respondent poses a risk to self or others. This hearing, according to red flag law proponents, provides sufficient due process to justify the revocation of the respondent’s Second Amendment rights.

But “clear and convincing” is still a medium standard of proof. According to this standard, the petitioner must only prove that the respondent is “highly probable” to pose a danger. It falls short of the highest standard – “beyond reasonable doubt” – which is used to determine most criminal cases.

In other words, under Colorado’s new law, a person’s civil rights could be revoked based on evidentiary standards that fall short of those used in criminal proceedings.

Coloradans will be able to have their housemates’ firearms confiscated beginning January 1, 2020.

Next post: CZ-USA P-10 F OR Unboxed at the Gun Counter

Previous post: Training for Dummies: Set Yourself up for Failure