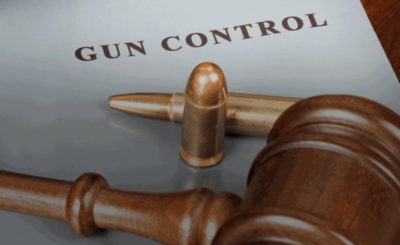 In Washington, the courts have ordered the seizure of 27 guns from 16 individuals since last July under the states new Extreme Risk Protection Order law.

Under the law, a family member, roommate or the police can file a petition with the court.  If a judge decides a person is a danger to himself or others, he can order police to seize the person’s guns immediately and hold them for one year.  The person from whom the guns are seized does not get a chance to introduce evidence or argument against the seizure until as long as two weeks after the guns have been taken.

What is enough evidence to seize a person’s guns?  In the case of Alexander Mckenzie, a 31-year-old Army veteran being treated for post-traumatic stress disorder, it was enough that he had been acting strangely and glaring at customers in a pizza restaurant while lawfully carrying his handgun.

These types of laws, known as “red flag” laws, are being pushed by gun control groups across the United States.  The first red flag law was passed in Connecticut in 1999.  By 2017, five states had the laws on the books.  Then, with the advent of the school shooting in Parkland, Florida in 2018, the number more than doubled.

The Associated Press estimates that 1,700 orders allowing gun seizures were issued nationally in 2018.  The actual number is likely much higher since the data compiled did not include gun seizures in California.  With more states looking to adopt red flag laws, the number of confiscations will continue to spike.  Gun confiscation is going mainstream.

Proponents of the laws say that they have growing bipartisan support.

SEE ALSO: The Universal Phobia: Being Afraid To Kill Despite Training, Bearing Arms

“I think we’re seeing a building consensus in blue states and red states that this is a good way to balance public safety against people’s Second Amendment rights,” said Jaron Lindbaum of Washington Ceasefire.

Even the NRA has had some good things to say about the idea behind the laws.

“This can help prevent violent behavior before it turns into a tragedy,” said Chris Cox, the executive director of the NRA’s Institute for Legislative Action.

However, the NRA has fought against red flag laws in several states claiming that it is anti-gun and has the potential for abuse.  The NRA’s biggest objection?  The laws do not provide enough due process.

The NRA has identified what it says are the requirements for due process under red flag legislation.  They are:

“To be effective and constitutional, [the laws] should have strong due process protection and require that the person get treatment,” Cox said.

What are your thoughts on Extreme Risk Protection Orders?  Do you support them?