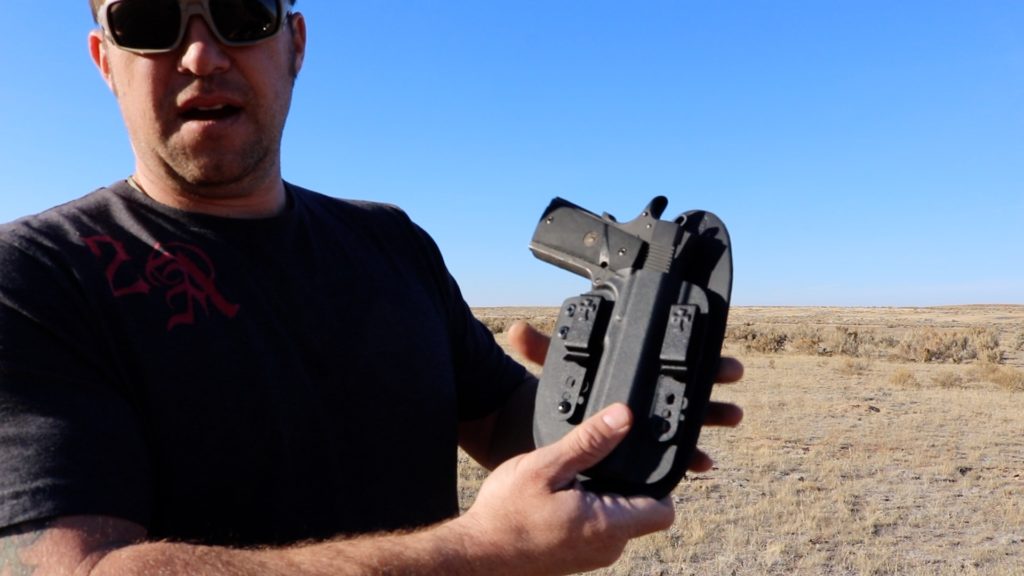 CrossBreed is a familiar name to most of us that carry concealed on the regular, given the huge impact they have had on the CCW market. It hasn’t always been this way, as I’m sure most of our older readers remember. CrossBreed, as the name implies, was the first to combine kydex and leather in to a hybrid holster. Before that, you had two options: Bulky but comfortable leather, or thin but uncomfortable kydex. In a stroke of absolute brilliance, CrossBreed stormed the market in 2005 with the first SuperTuck design.

The original not only combined the two materials, it did so with a leather back piece that distributed the weight of the firearm across a wider area. This was a huge benefit to many of us, as the tiny gun phenomenon was still to come. I remember my introduction to the CrossBreed via a friend that also carried a Glock 23 as his primary CCW gun. I have no idea how he discovered it, but he swore by it. I placed an order, and within a few weeks, I was also among the converted. 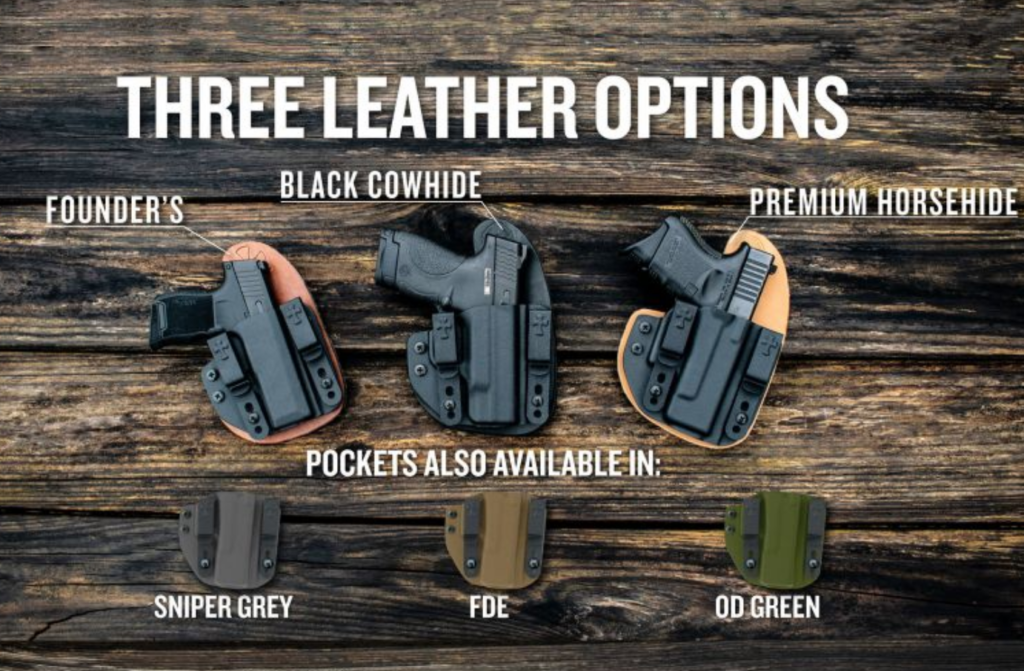 Since that time a decade plus ago, CrossBreed has continued to evolve. As small guns became reliable and popular, the CrossBreed line up changed to match the times. The SuperTuck shrank to the MiniTuck. Bellybands and unconventional designs popped up. As appendix carry became the order of the day, CrossBreed introduced an AIWB specific model. Holsters cut specifically for women made the line up. And recognizing a gap in the market, an entire line up of top notch gun belts filled out the catalog.

Today, Crossbreed is introducing a new holster that in many ways takes them back to their roots. The Reckoning is here, and the first wave of available guns is mostly on the larger size. Our XDS and Beretta Nano’s are coming soon, but today is the day of the real boy gun. In keeping with the spirit of the exercise, I ordered mine for a 5-inch 1911. 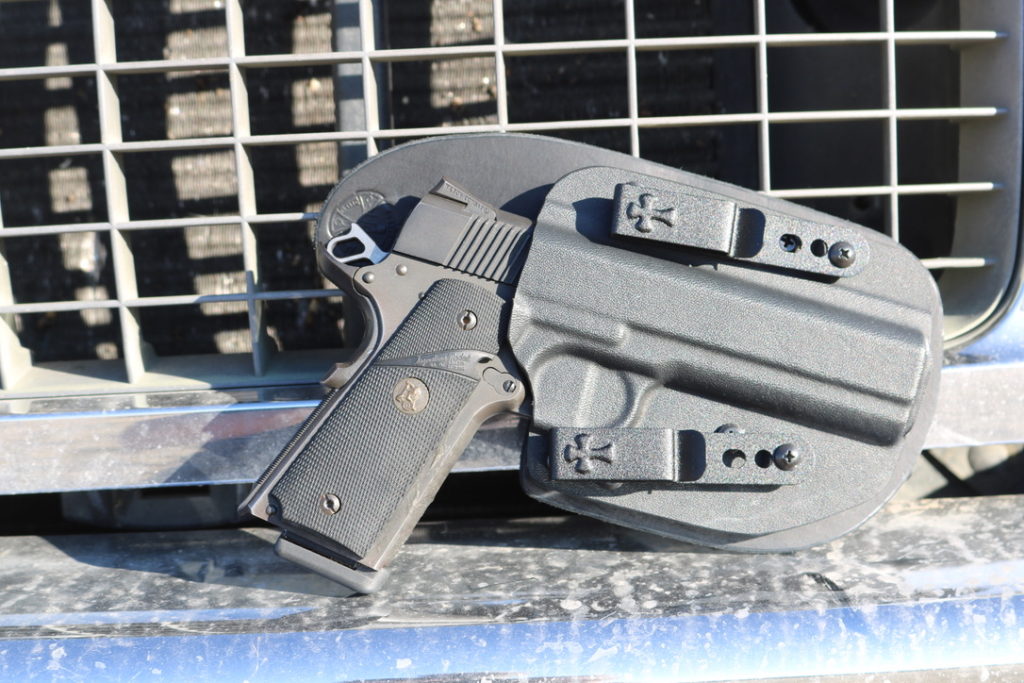 That wasn’t just a random selection. As a young Marine, I had neither the money or the storage space for a gaggle of different pistols. I scraped and saved, and on my 21st birthday ordered a Springfield Armory Loaded model from the Post Exchange. That would be my only handgun for several years, performing every role. From the night stand gun at my first off-post house, to my CCW gun on all occasions, it was the start and stop of options. 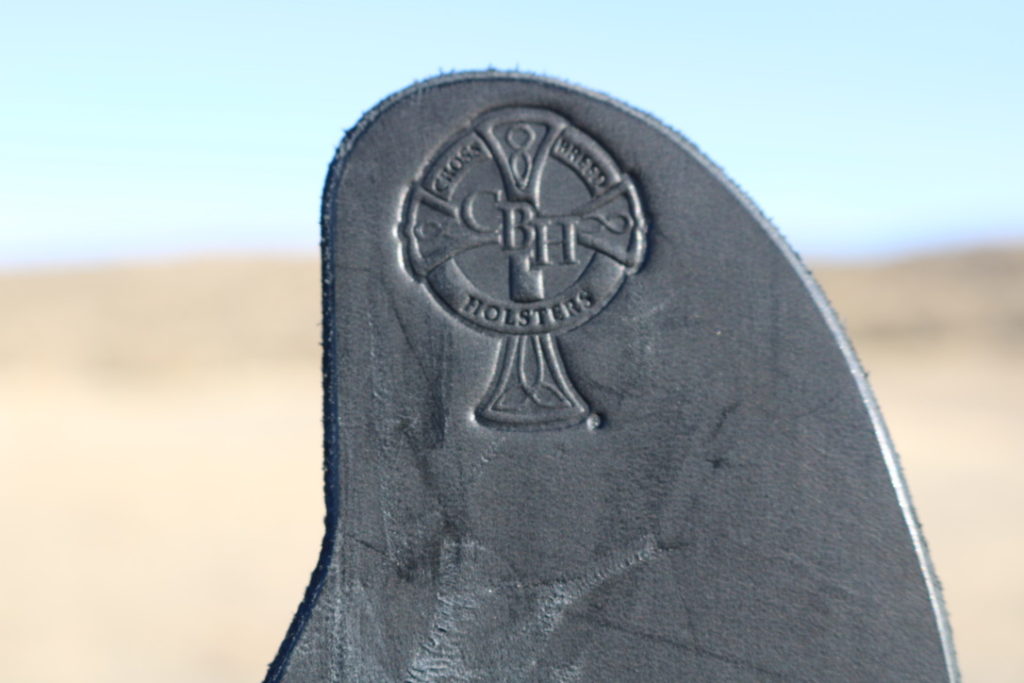 As with most that have been through the learning curve, I ended up with an entire box of bad idea holsters after the fact. So with the new Reckoning on the way, I was genuinely curious to see how it would tame the weight of an all steel, full size 1911.

The Reckoning is billed as a do anything holster. It will accommodate strong side carry, appendix, and crossdraw should you so desire. In a first for CrossBreed, it also includes a tension adjustment system, which allows you to tune the force needed to draw your pistol. In another first, it includes the parts to turn the Reckoning from an inside the waistband to an outside the waistband holster in just a few minutes. 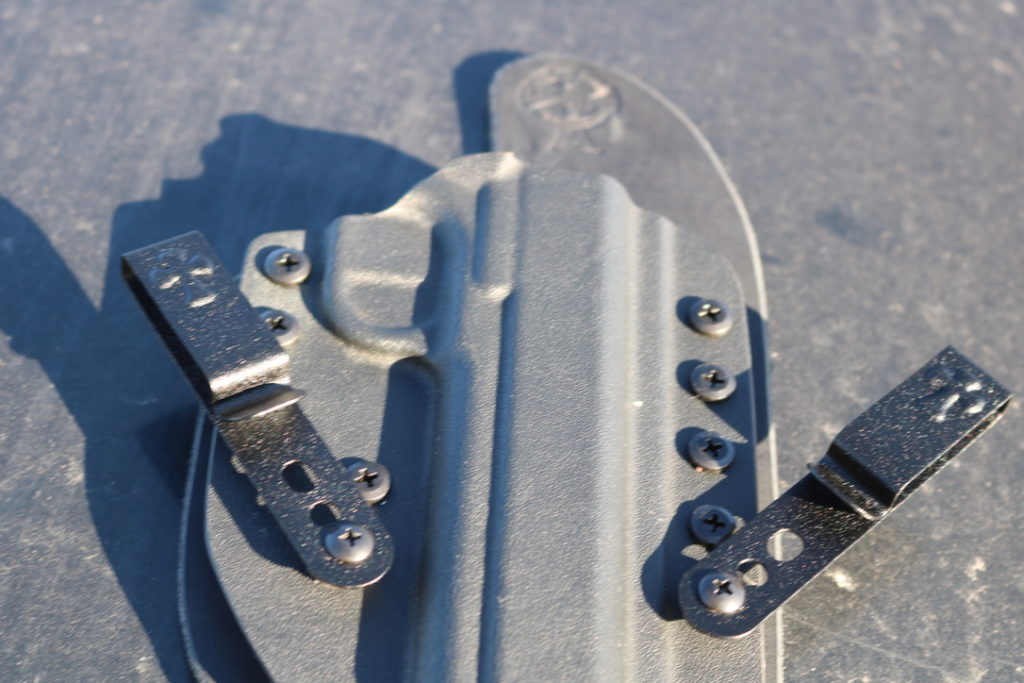 Multiple points of adjustment for ride and comfort.

As an appendix holster, I was quite impressed. I am not normally an appendix guy, though I do concede it offers certain advantages. I have tried it with multiple holsters over the years, and just never found it comfortable enough to truly convert. The Reckoning did amazingly well not only on the flat range, but inside my truck in a sitting position. Especially considering it was a 5-inch 1911 crammed down the front of my pants. The draw was smooth, and the gun didn’t bite into my crossfit ab (singular, since I lost the other five around 2012), which is a miracle.

As a strong side holster, the Reckoning again served just fine. I think we tend to forget how slim a real 1911 is and just how much they disappear under clothing. I only wore it this way at the range for a limited amount of time, but it was quite comfortable.

They said it, so I had to test it. I don’t recommend cross draw to anyone, for any reason. I guess unless you really are in a Roy Rogers movie. But, as it may be a preference for some customers, I did try it. As the strong side, it worked just fine. 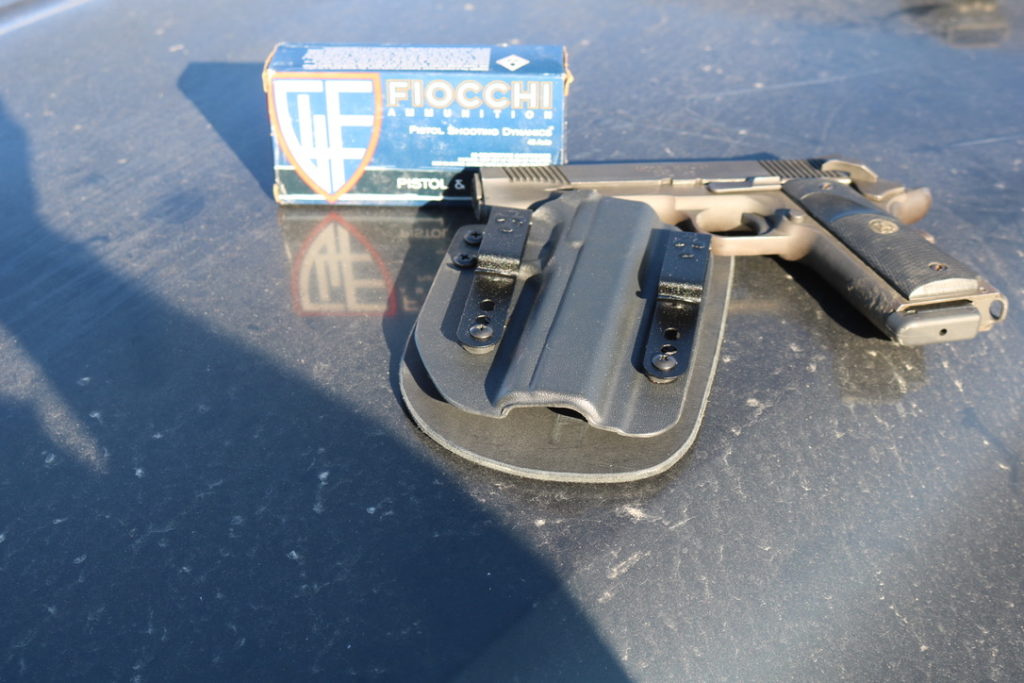 Converting the holster from inside to outside the waistband, I learned something. A benefit of having an early release model is that the directions clearly hadn’t been written yet. Not only can you do the conversion in just a few minutes with a Phillips screwdriver, you can do it two ways—the way CrossBreed recommends, and the other way, both of which work. The CrossBreed way, however, does make it significantly easier to reholster. 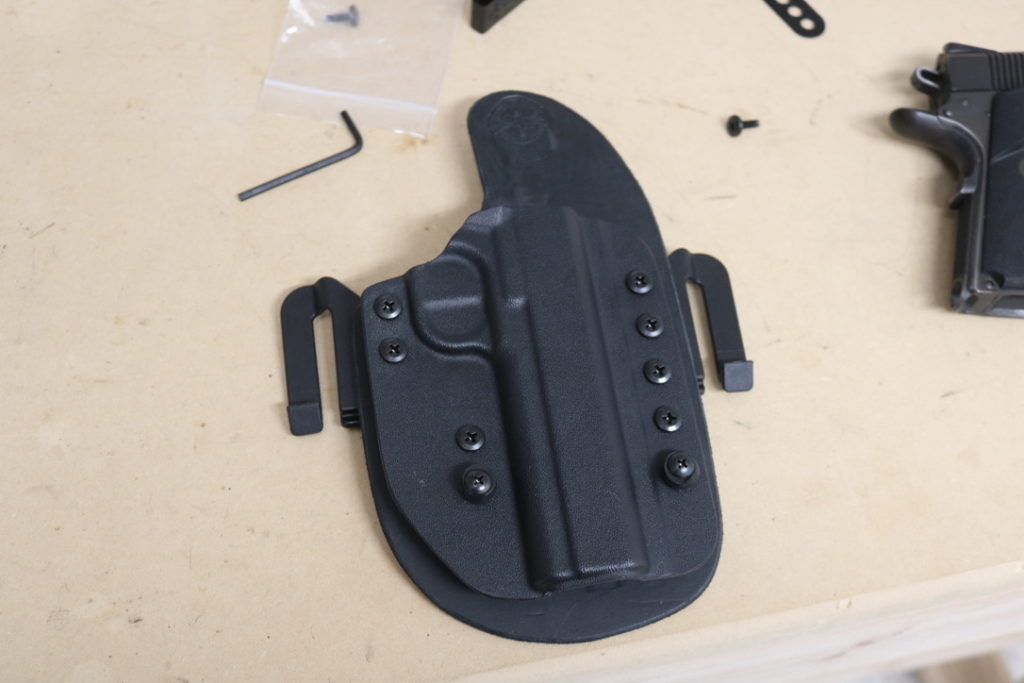 So, what is my conclusion? The Reckoning isn’t amazing because it does any one thing in a game-changing way. It won’t draw your gun and get a hit for you, nor does it have a helium tank that makes your firearm feel weightless. The Reckoning is amazing because it does all its tasks well, at least on par with holsters dedicated to those specific tasks, which offers a lot of benefits. Always wanted to try appendix, but you don’t want to waste $50? Now you can. Do you like IWB in the summer, but prefer OWB with a jacket in the fall? Problem solved. Normally like a nice, loose draw stroke, but occasionally do crazy things in the woods with your CCW gun? Adjusting tension is now incredibly easy. This is an excellent new choice for your sidearm, and I applaud the ever-evolving CrossBreed for bringing it to us. 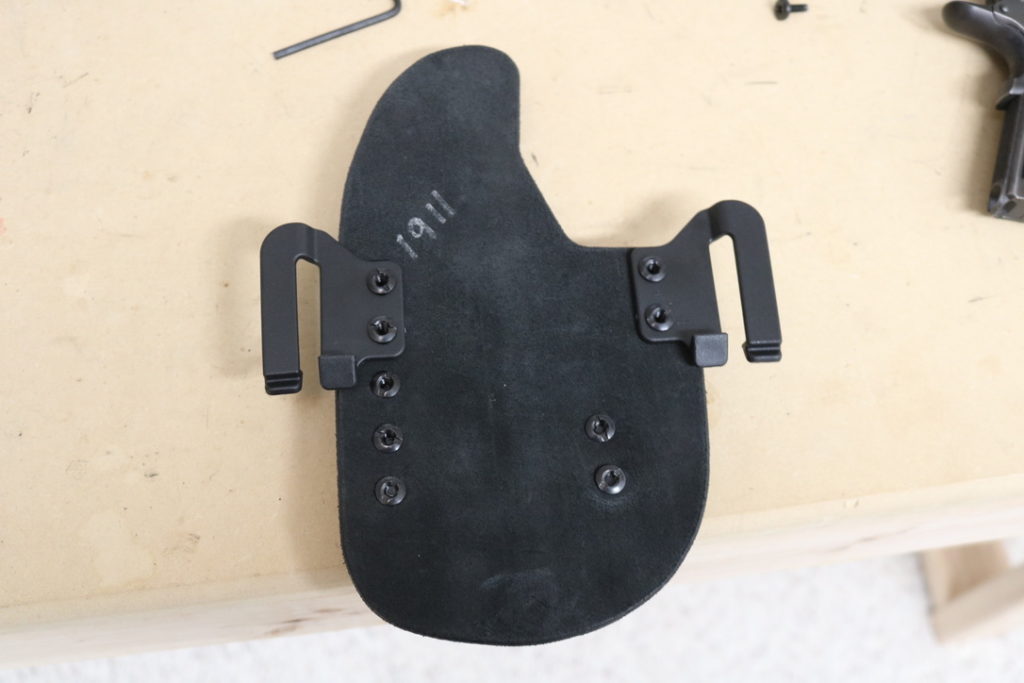 Visit CrossBreed to learn more about their holsters by clicking HERE.

***Shop GunsAmerica for your next holster***

Next post: The Manliest American Who Ever Lived and the Gun That Didn’t Stop Him