Eberlestock has been in the hunting/military pack industry far longer than most currently existing companies and they have a huge selection of great packs to show for it. This SHOT Show they released yet another: the F53 Tomahawk. This pack is built similar to their popular Half Track pack, but it offers twice the storage capacity while only weighing 1.5 pounds more. Eberlestock was able to pull this off by removing all nonessential items from this pack in order to drop weight and increase storage capacity. This pack was designed specifically for the American military, so you know that it is going to be incredibly tough when coupled with the Eberlestock name as well. 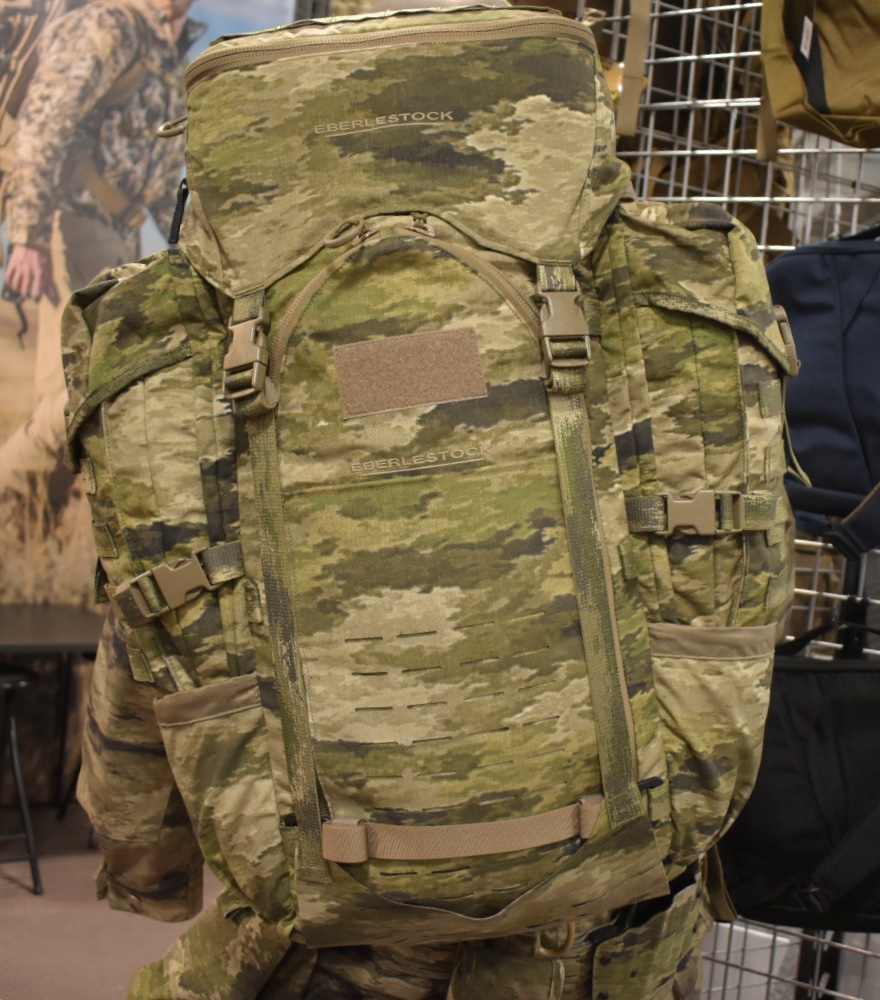 The Tomahawk pack is large, but easily compressible thanks to the low profile Intex II frame

The Tomahawk has many features that you have come to love, including a floating lid,  storm collar, and spade tip zipper design. The floating lid allows the user to decide if they want to leave it attached, or remove it altogether. This could come in handy if you want to take some extra weight off of the pack or add it back on in order to hold more stuff in the pack. This lid also doubles as a fanny pack go-bag. The storm collar is the cinch-able opening at the top of the pocket. This feature helps keep snow, water and debris from entering the pack. Finally, Eberlestock’s new spade tip zipper design provides quick non-binding access to zippered pockets, unlike zippers that have squared off corners. 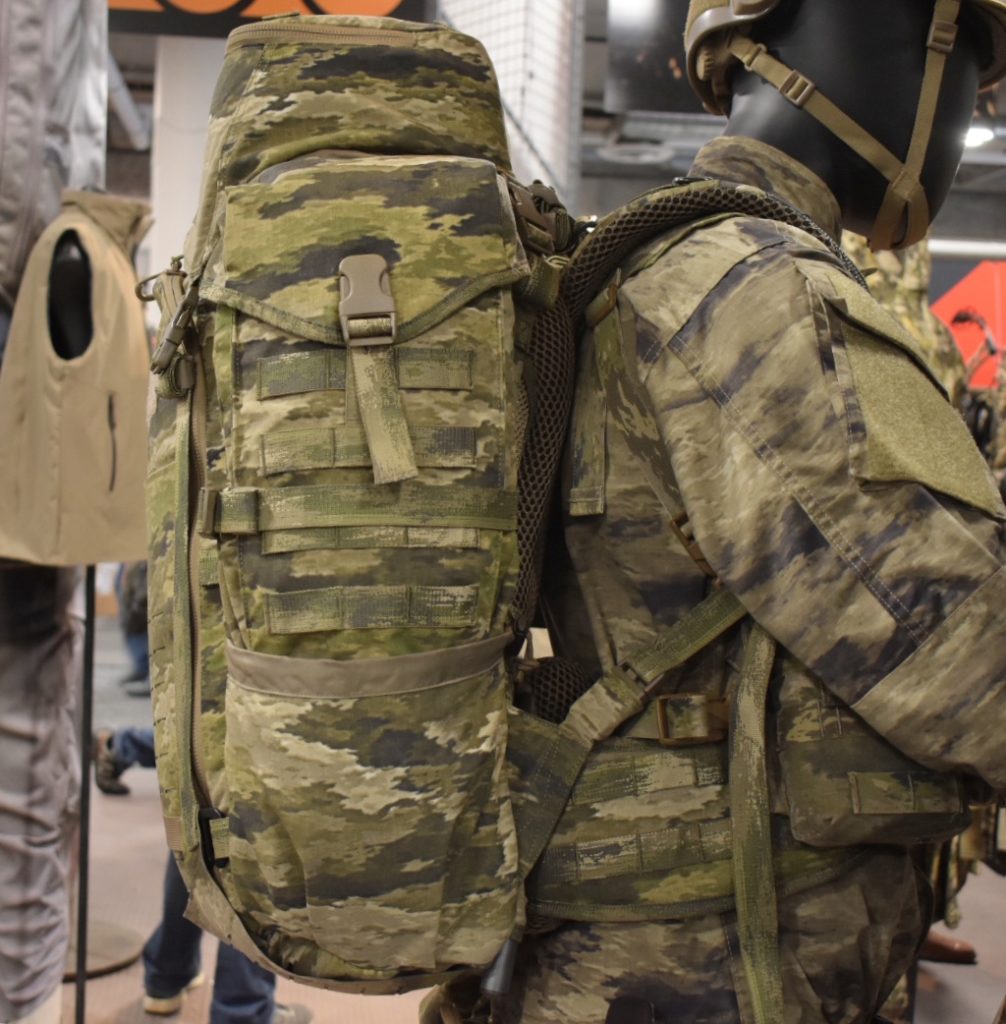 The laser cut MOLLE panel allows the attachment of any compatible aftermarket add on.

The Tomahawk features Eberlestock’s low profile Intex II frame which does not have a shelf, allowing the pack to be strong and comfortable under a load while maintaining its ability to be compressed down when needed. Also, the attached laser-cut MOLLE panel allows the end user infinite possibilities in configuration and additions. The Tomahawk is top loading as well as front-loading, allowing you access to the internals of your pack no matter where the item you are looking for is. With Eberlestock’s lifetime manufacturer’s warranty, this may just be the ultimate pack for you. 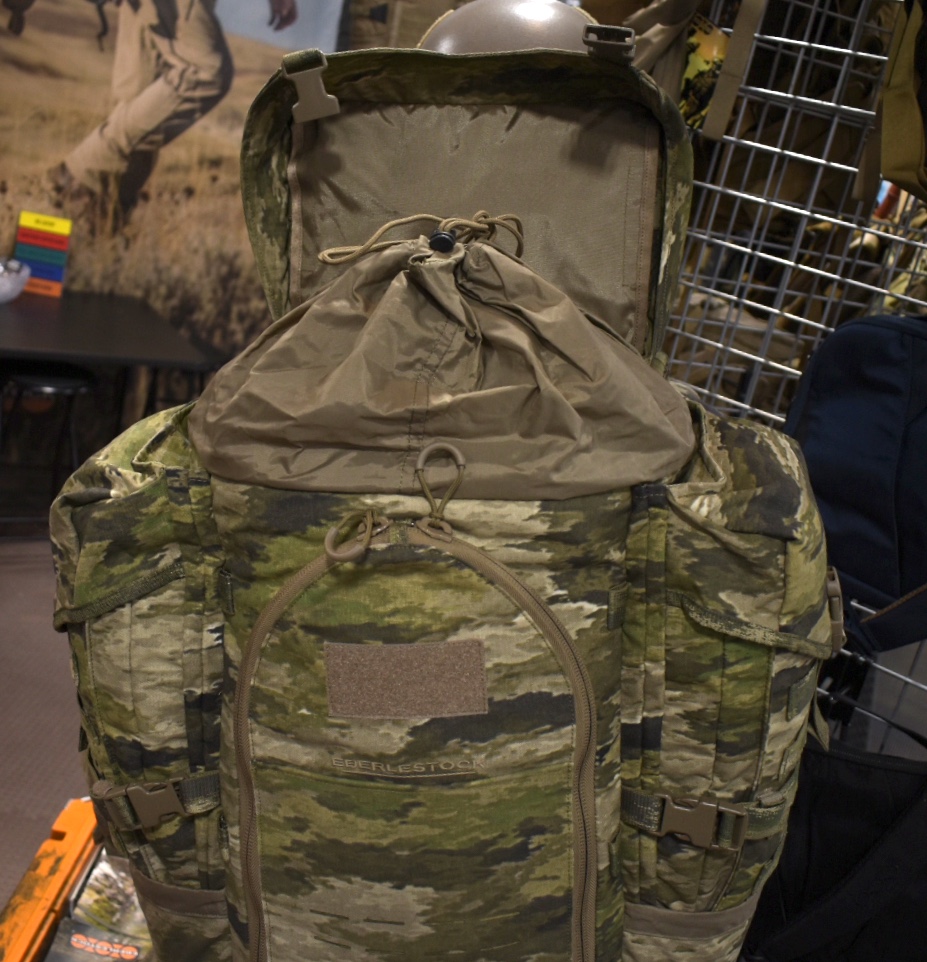 The lid can be removed with the unclipping of 2 more buckles in this picture. The storm collar shown allows you to fill this pack to the brim while keeping the elements out. 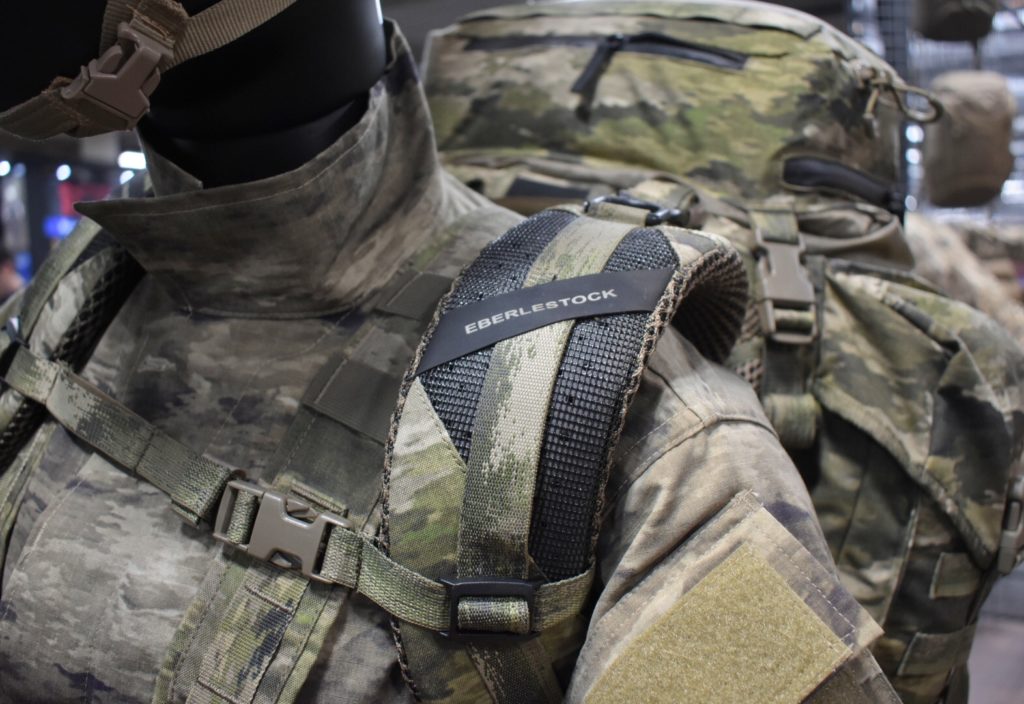 The padded shoulder straps allow for a heavy load to be carried comfortably. 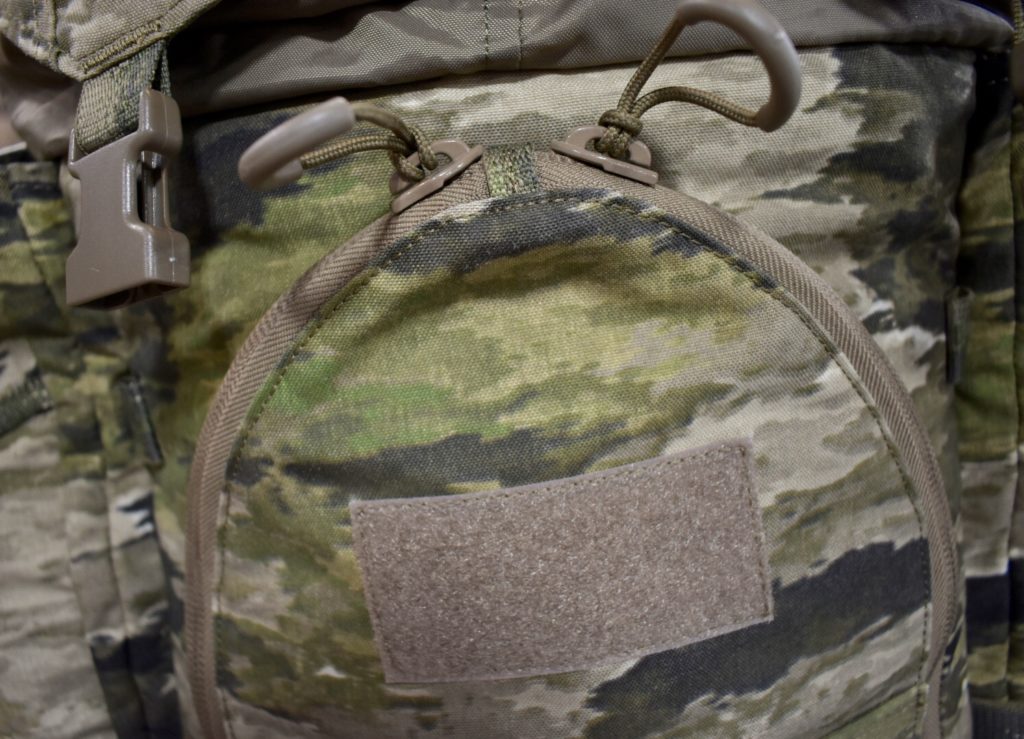 Shown here is the new spade tip zipper design which is bind free unlike zippers with hard corners.