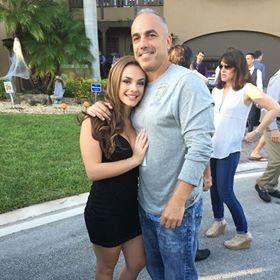 Andrew Pollack with his daughter Meadow who was killed in the Parkland shooting. (Photo: Facebook)

On Valentine’s Day 2018, a teen gunman opened fire with a semi-automatic rifle at his former high school in Parkland, Florida.  It was one of the deadliest shootings at a high school in the history of the United States.  Seventeen people were killed including the children of two Florida parents Andrew Pollack and Ryan Petty.

Pollack and Petty were outraged by the way the national media handled the story.  Rather than focusing on how the system failed to prevent the tragedy, the news stories focused on how the NRA and pro-gun activists were to blame for the shooting.

The media in large part focused on a group of survivors and students who formed a political action committee for gun control called “Never Again MSD.”  The focus of the group was to demand legislative action to stop gun violence.   As a result of the group’s efforts, Florida increased funding for school security and raised the required age to buy a firearm from 18 to 21.

Amidst the sea of media anti-gun hysteria, one publication focused on getting to the truth, the South Florida Sun-Sentinel, and now Pollack and Petty want the Sun-Sentinel to receive one of journalism’s most prestigious awards, the Pulitzer Prize.

“This was the most avoidable mass murder in American history,” wrote Pollack and Perry in a letter to the Pulitzer Committee, “enabled by a sheriff’s office and a school district characterized by administrative incompetence so staggering and moral corruption so deep that it took the Sun Sentinel the better part of the year [to] uncover it all”

The Sun-Sentinel ran a series of stories exposing how the Broward schools, in which the Parkland shooting occurred, failed to address problems that contributed to the attack.

In one article, the paper exposed how a culture of tolerance regarding student misbehavior allowed students like the Parkland shooter to have “an endless loop of violations and second chances.”

In another story, the publication exposed how the Broward school district failed to properly report crimes that occurred to the state.  The failure prevented authorities from identifying “trouble spots” so that parents could be properly informed.

In the most powerful piece, the Sun-Sentinel exposed an active cover-up perpetrated by the school district to avoid legal liability for the shooting.  The news story detailed how the Broward schools delayed or withheld records and intentionally spread misinformation.

“If Americans knew the full story behind the Parkland school shooting, our nation would have united in revulsion against the incompetent, self-aggrandizing leaders who allowed this to happen and tried to cover it up.  And we could have united in purpose behind reforms intended to keep students safe, rather than simply move on, a little angrier at each other than before, and wait for the next one to happen,” Pollack and Petty said.