A federal judge has suspended the first grizzly bear hunt in the lower 48 states since 1991, effectively blocking the Trump administration’s decision to remove the mammal from the endangered species list in the Yellowstone National Park area.

Beyond the threats of harm, the judge also ruled that the federal government failed to account for how hunting grizzlies in Yellowstone might affect the remainder of the bears in the lower 48.

“To me, it seems a fundamental concept, and that’s the issue of connectivity,” he said in court Thursday, according to the Washington Post.

In 2017, the Trump administration removed from the endangered species list the bears living in the Greater Yellowstone Ecosystem. When the bears were first placed on the list in 1975, as few as 136 lived in the Yellowstone area. Today, that number has risen to between 700 and 1000.

But animal rights groups and Native American tribes sued the administration over the decision, arguing that the population could face sudden losses due to increased interaction with humans as the bears expand their range.

Native American tribes have also argued that allowing the bears to be killed violates their religious freedom.

“He is our relative. For us Bear Clan members, he is our uncle,” Ben Nuvamsa, a former chairman of the Hopi Tribe in Arizona, told the Spokesman-Review last year. “If that bear is removed, that does impact our ceremonies in that there would not be a being, a religious icon that we would know and recognize.” 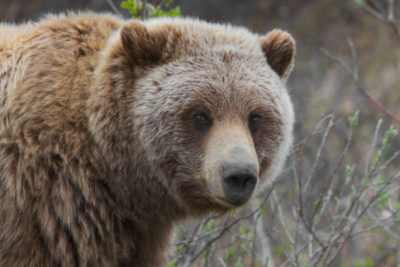 Both the Trump administration and the states of Wyoming and Idaho argued that hunters pose no threat to the continued survival of the grizzly population in Yellowstone. They also noted that strict mortality limits will ensure the population never faces a serious loss.

“Bears are doing great,” Coby Howell, a Justice Department attorney, told Christensen at the hearing, adding that the animals face “no chance of extinction.”

“The likelihood of any significant harm to the population is essentially nil,” added Erik Petersen, Wyoming’s senior assistant attorney general.

Wyoming and Idaho both issued bear tags for the hunting season that was supposed to begin on Saturday. Thousands of hunters applied, but Wyoming only issued 22 tags and Idaho issued one.

Renny MacKay, Communications Director of Wyoming Game and Fish Department, said his agency has been calling hunters to inform them of the judge’s decision, and sportsmen can expect to be updated as the case progresses.

“This is unfortunate,” said Scott Talbott, director of the Wyoming Game and Fish Department.

“Game and Fish has a robust grizzly bear management program with strong regulations, protections and population monitoring for grizzly bears. We believe in state-led management of wildlife and involving the public in decisions like the creation and implementation of a conservative hunting opportunity for those who want that experience.”