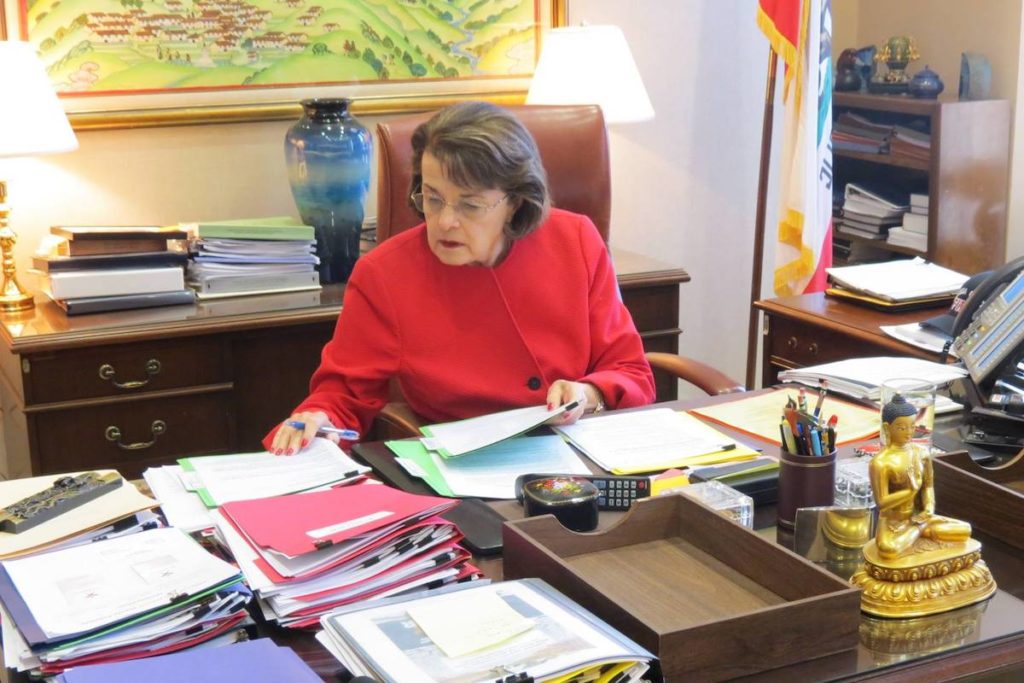 U.S. Senator Dianne Feinstein reintroduced this week a bill that would raise the minimum age to 21 for anyone attempting to purchase an “assault weapon” and/or a “high-capacity” magazine. The California Democrat introduced the same bill last year in the Senate, but has decided to try her hand again in the wake of a murder that took place at a San Diego synagogue last week.

“If you’re too young to purchase a handgun, you shouldn’t be able to buy an assault rifle,” Feinstein said. “It’s common sense to prevent the sale of deadly assault weapons to individuals who aren’t even allowed to buy a beer. This isn’t a fix-all bill, but it closes a gaping loophole in federal gun safety laws, and I hope the Senate will act on it swiftly.”

Current federal law allows anyone age 18 or older to purchase any type of rifle, and there is no minimum age requirement to purchase a magazine. Eighteen-year-olds are considered legal adults under U.S. law and are permitted to enter the military, register to vote, get married, and purchase cigarettes.

While the text of Feinstein’s legislation hasn’t been released, last year’s version of the bill restricted the sale of semi-automatic rifles deemed “assault weapons,” magazines with capacities over ten rounds, and (strangely) “ammunition that is suitable for use only in a handgun or semiautomatic assault weapon.”

SEE ALSO: Kavanaugh, Feinstein Square Off on 2A During Confirmation Hearing

Without the President’s support, Feinstein and Flake’s bill died in a Republican-controlled Senate committee. There’s little reason to believe the same won’t happen this year.

The Gun Control Act of 1968 first established age restrictions on firearms purchases, setting the minimum age for long guns (rifles and shotguns) to 18 and handguns to 21. Age restrictions on “assault weapons” have been in vogue recently after several high-profile massacres were perpetrated by adults under the age of 21.

But despite recent anomalies, research indicates that most mass murderers acquire their firearms from friends and family.

A report published last year by the Federal Commission on School Safety noted as much in its comprehensive review of policies designed to stop school shootings.

“The existing research findings on the efficacy of current minimum age of firearm purchase laws do not support the conclusion that those laws have a measurable impact on reducing homicides, suicides, or unintentional deaths,” the report says.

That’s not likely to stop Feinstein, of course, who’s made a career out of proposing anti-gun policies. The California Senator was one of the architects behind the now-defunct 1994 “assault weapons” ban and has more recently proposed a renewal of that policy.