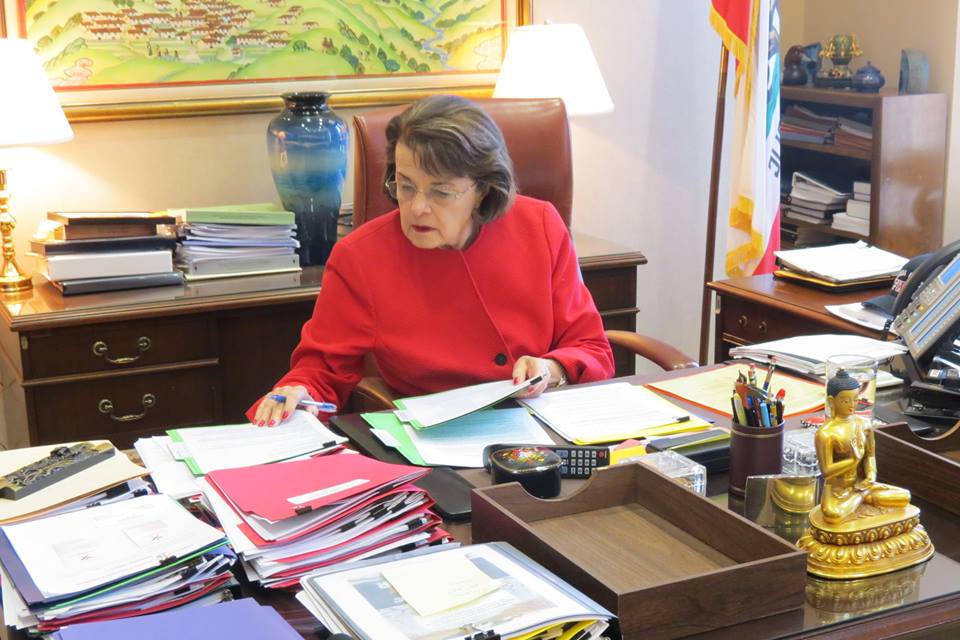 Senator Dianne Feinstein (D-CA) is leading another push to introduce a sweeping “assault weapons” ban that targets the most popular rifles in circulation today. The Assault Weapons Ban of 2019 greatly expands on the 1994 ban and has no sunset provision.

“Last year we saw tens of thousands of students nationwide take to the streets to demand action to stop mass shootings and stem the epidemic of gun violence that plagues our communities,” said Feinstein in her announcement. “Our youngest generation has grown up with active-shooter drills, hiding under their desks—and now they’re saying enough is enough.”

“Americans across the nation are asking Congress to reinstate the federal ban on military-style assault weapons and high-capacity magazines,” she continued. “If we’re going to put a stop to mass shootings and protect our children, we need to get these weapons of war off our streets.”

In 2017 a total of just 403 people were killed with rifles across the entire country. Supporters of the bill stress that the ban is key to prevent mass shootings.

“Military-style assault rifles are the weapons of choice for mass murderers,” said Senator Chris Murphy (D-Conn.). “There’s just no reason why these guns, which were designed to kill as many people as quickly as possible, are sold to the public.”

“This past year, we’ve seen Americans rise up and demand Congress change our gun laws. Banning assault weapons would save lives, and I’m proud to join Senator Feinstein in introducing this bill.”

And while the rifles affected by the legislation are wildly popular in all shooting sports and self-defense, Senator Richard Blumenthal (D-Conn.) insists that they are only used for murder.

“Assault weapons and high-capacity magazines are deadly and dangerous weapons of war that belong on battlefields—not our streets,” said Blumenthal. “They have no purpose for self-defense or hunting, and no business being in our schools, churches and malls.”

See Also: Feinstein to Introduce Bill to Set Minimum Age for All Firearm Purchases to 21

The ban specifically targets 205 firearms by name and any others that can accept a list of common features including pistol grips, adjustable stocks, handguards, threaded barrels and folding stocks. It also limits the sale of magazines that have a greater than 10-round capacity.

The bill also has an exemption list for firearms with legal sporting and self-defense purposes, implying that guns not on the list would not be considered legal to use.

It also includes an additional bump stock ban as well as a ban on any other similar-functioning accessories. This could possibly lead to a sweeping ban on aftermarket parts, including target and match trigger kits.

Additionally, the Assault Weapons Ban of 2019 would require mandatory background checks. And among other things, it also bans pistol braces and other popular accessibility devices.

For a full list of legislators that have signed on to the bill read the official press release. We will keep you up to date on the progress of the bill and the responses from gun rights leaders and organizations.