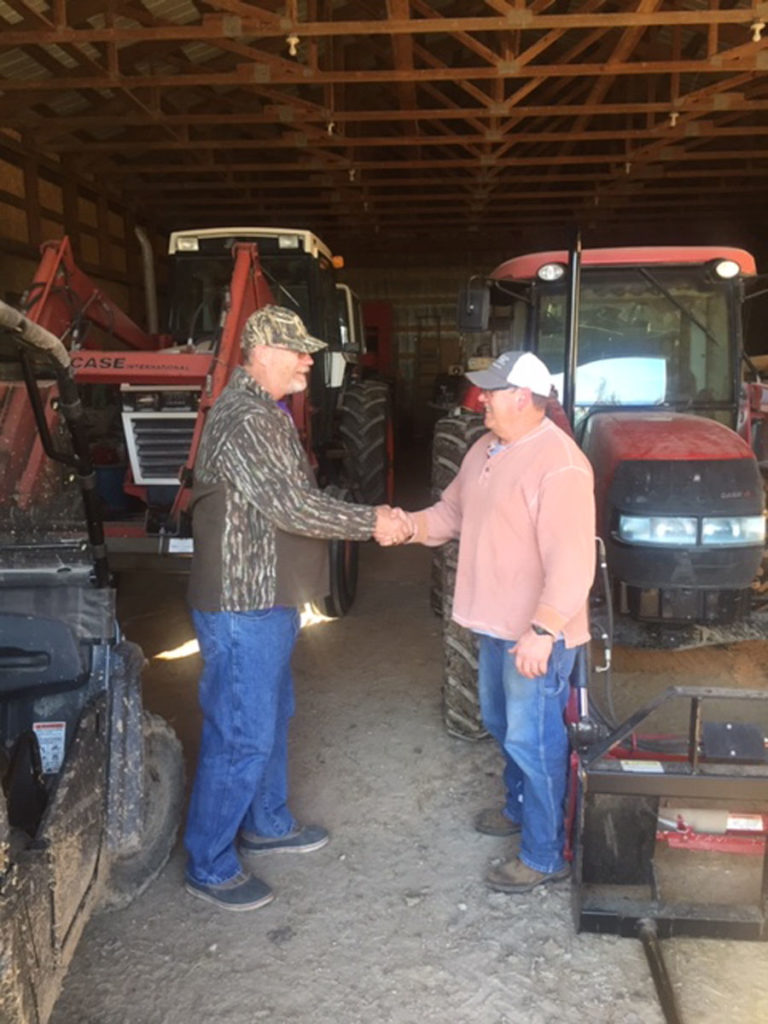 Asking for permission to hunt is a great opportunity to get to know the farmer and establish hunting rights.

The idea of hunting opportunity for many hunters is defined by public access.  Others have private holdings and the rest access private property for hunts.  Gaining permission to hunt on private property always begins with asking.  Essentially, introducing your intentions to have the right to hunt.  Waterfowl field hunters go to extreme efforts to find birds, driving hours and 100’s of miles to find ducks or geese using a field, but the bottom line is no one is going to hunt legally without asking.  Perhaps a little information is worthwhile in understanding the landowners’ livelihood better so you can realize their investment upon which you are about to enter and hunt.

To begin let’s just talk about corn.  The golden kernel that ducks love and we love around us when hunting.  The typical farmer needs corn prices in 2018 a lot higher than we are seeing now at about $3.60 a bushel or less.  The Midwest was hit by a drought but supply and demand drive the global corn market.  Add in some tariffs, low ethanol production, too much corn, and the Midwest corn farmer is stuck with low prices.  Think a second about how that farmer makes any money at all on corn this year especially with low yields and low prices. 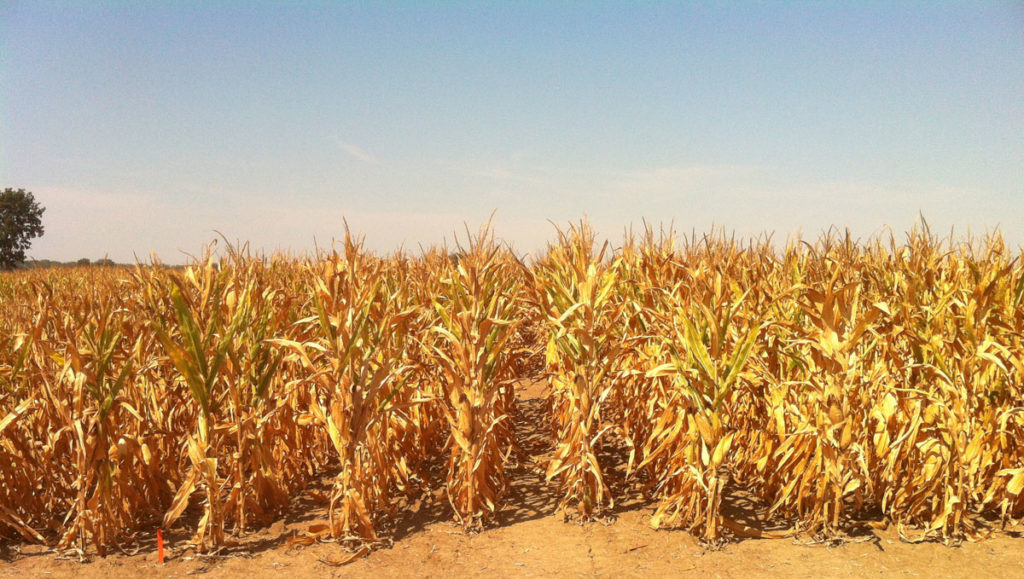 Corn harvest in many states is a variable based on many factors.

Now keep in mind corn harvest varies by location, rain, and humidity that occurred over the summer.  The average corn yield across the US is expected at about 180 bushels per acre, which puts it at a historical high.  Alabama, Illinois, Nebraska, Ohio, South Dakota, and Tennessee have record yields while Missouri, Oklahoma, Colorado, and Texas had low yields due to drought.  Many states had little change from 2017 like Iowa, Kansas, and Minnesota.  Overall, Washington state and Illinois lead the states in corn yield, but it is important to add Illinois, Iowa, and Nebraska represent almost 50% of the total US production in 2018.  What really hurts though is the change from 2017.  Missouri is down 23%, Texas down 18% and of the corn-producing states, 16 states have a decline in yield.  On the other hand, Illinois is up 3%, Nebraska up 8%, South Dakota up 17% and North Dakota up 6%.  Might be tough in both the Mississippi and Central Flyways to get those fat birds to leave the northern states without a major snowfall. 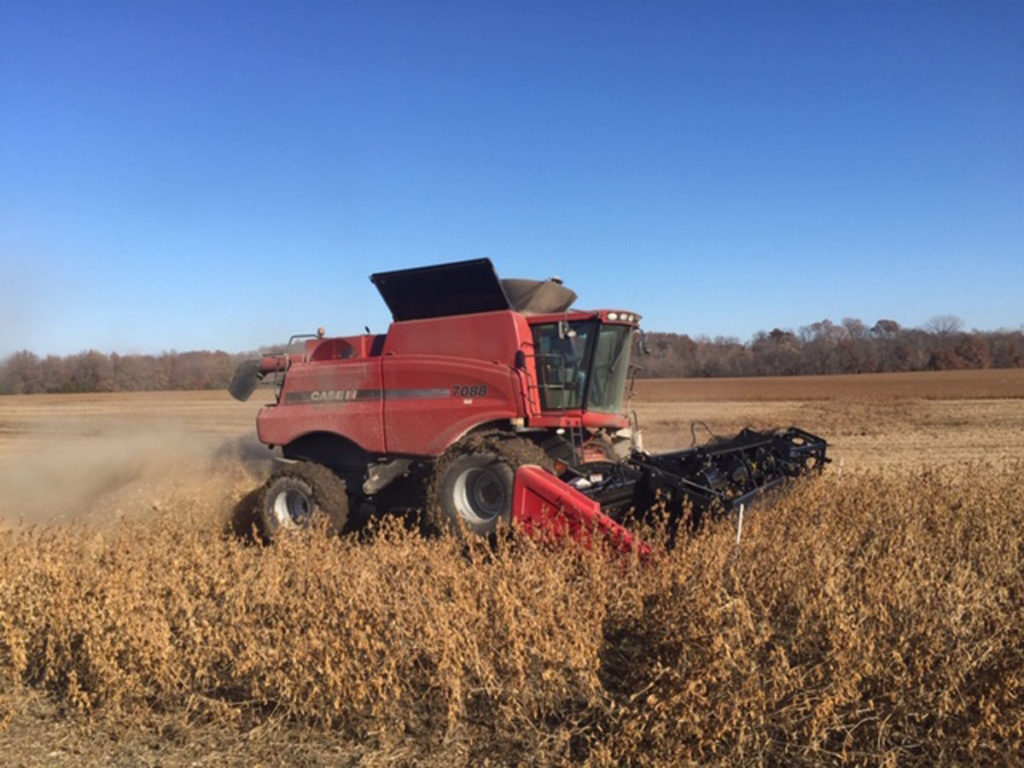 The cost of the equipment is a whole other expense – This harvester has a retail value of well over $100,000 used.

At 180 bushels an acre, farmers can make money even when corn prices are just above $3 per bushel.  Here in the Mississippi Flyway’s central section getting 100 bushels might be tough in some areas.  To break even, farmers need $4 a bushel and much higher yields.  The cost starts with planting.  Understand the corn used for planting has a huge range of cost.  This can be anywhere from $100 to over $300 a bag with genetic modifications being a major reason for the high price.  A bag will plant about 2.25 acres.  Now we need to fertilize, so consider liquid anhydrous and a dry fertilizer at over $150 per acre.  You will need to add another $35 per acre to spray for weeds.  When you finally add in fuel, machinery expenses, labor and financing, the cost to grow an acre of corn reaches almost $400.  Back to the break-even and $4 a bushel is not what some farmers are going to get this fall.  Farmers are in for the long haul and need crops to produce for an average profit, but also as you walk up and ask to hunt consider you know what they have invested. 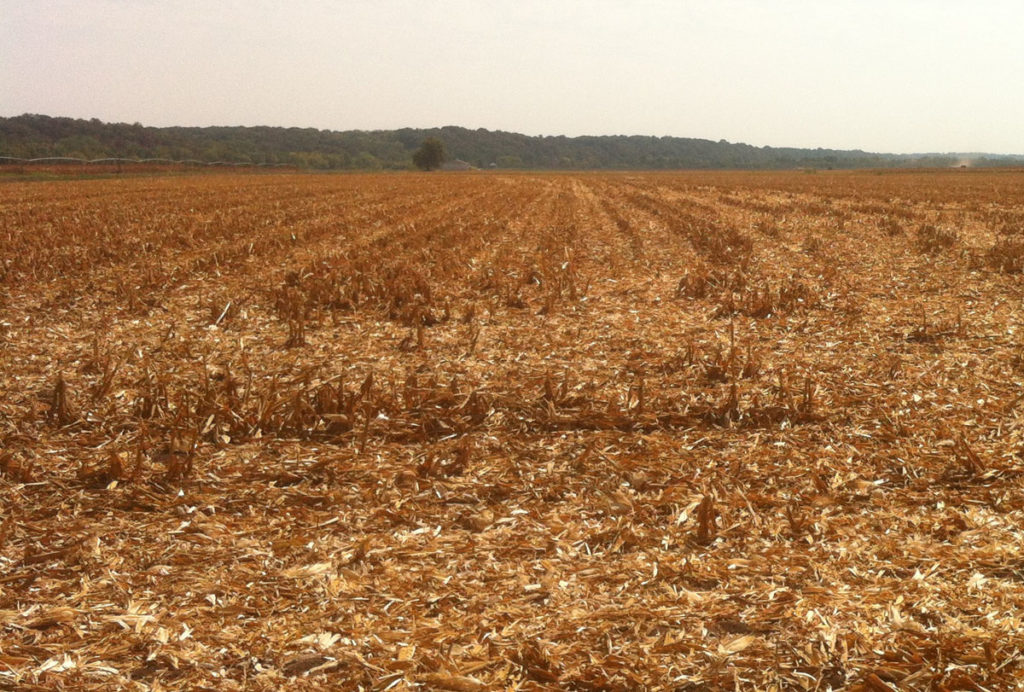 The harvesting of corn is typically silage or shelled corn.

The year 2019 might not let go of a farmer’s pocketbook until late in 2020.  I say that because we know many drought-stressed crops end up as silage.  When a farmer removes the stalks, leaves and some corn from the field he is also removing the potassium, nitrogen, calcium, and potash his next crop will need to grow. In addition, he has to get it out of the field, store it correctly and perhaps supplement the silage before feeding.  So add in that cost to the $400/acre to plant next year.  It does not end there, as silage is not as good a feed as corn so the gains in cattle weight are slower.  In the end, the value of the silage will be about $20 a ton (six bushels to the ton).

For those farmers shelling or picking corn instead of cutting silage, yields could be very low.  A normal harvest of 125 bushels per acre might be as low as 10 bushels an acre in some fields for 2019.  Consider at $3 a bushel harvesting only 10 bushels per acre on those 100 acres that had a $40,000 input cost and the loss is huge.  At $4 a bushel, we still need to have a harvest of at least 100 bushels an acre to break even.  Also, keep in mind the cost to operate the farm, not just the planting.  Land and equipment ownership will add another $200/acre in costs.  Studies provide that the real cost to plant a bushel of corn is closer to $600 per acre.  Tough year for some farmers.

Here is a tip, as you visit with the farmer, ask them their corn yield in 2018.  If it was less than 136 bushels an acre, they likely had a tough year financially on their corn crop.   Factor that in as you ask to hunt respecting the effort put into perhaps not making anything for planting corn in 2019.

Let me add in a couple more ways to make asking easier.  Most counties have a property ownership book and provide the owner’s name and address.  In fact, some counties are advanced enough to have this information online in Geographical Information Systems databases that you can access.  Along with satellite photos you can identify the parcels and get the names.  With that information in hand, you can send letters to preemptively introduce yourself or know the farmer’s name before arriving.  Apps like Onx Maps are also available to help you find land ownership. 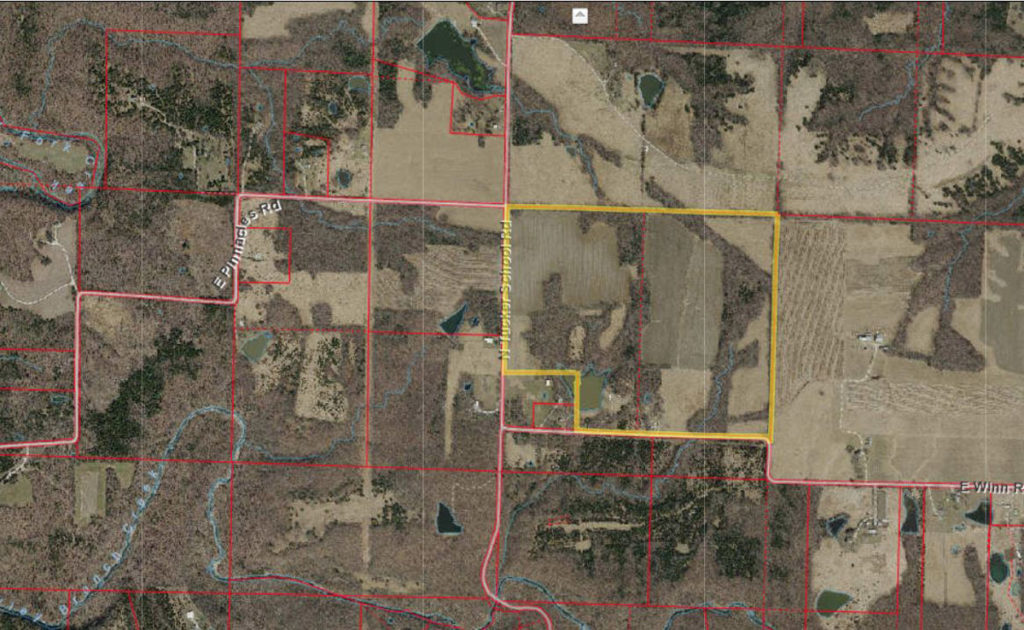 If there is one thing that might benefit hunters this fall, in portions of Mississippi Flyway, it is whether farmers decide to harvest corn at all.  For some, the cost of the harvest will diminish any profit potential.  Standing corn, mowed corn or partial harvest may provide food for migrating ducks.  During Mid-October, rain began to occur in significant amounts and flooding put even more pressure on farmers.  I have already noticed farmers struggling to get corn out of wet fields.  Ruts, stuck grain wagons and trucks, are a slow process for loading out the grain.  For us waterfowl hunters, a wet fall is always good as tillage ceases until spring.  Lots of food in the fields.