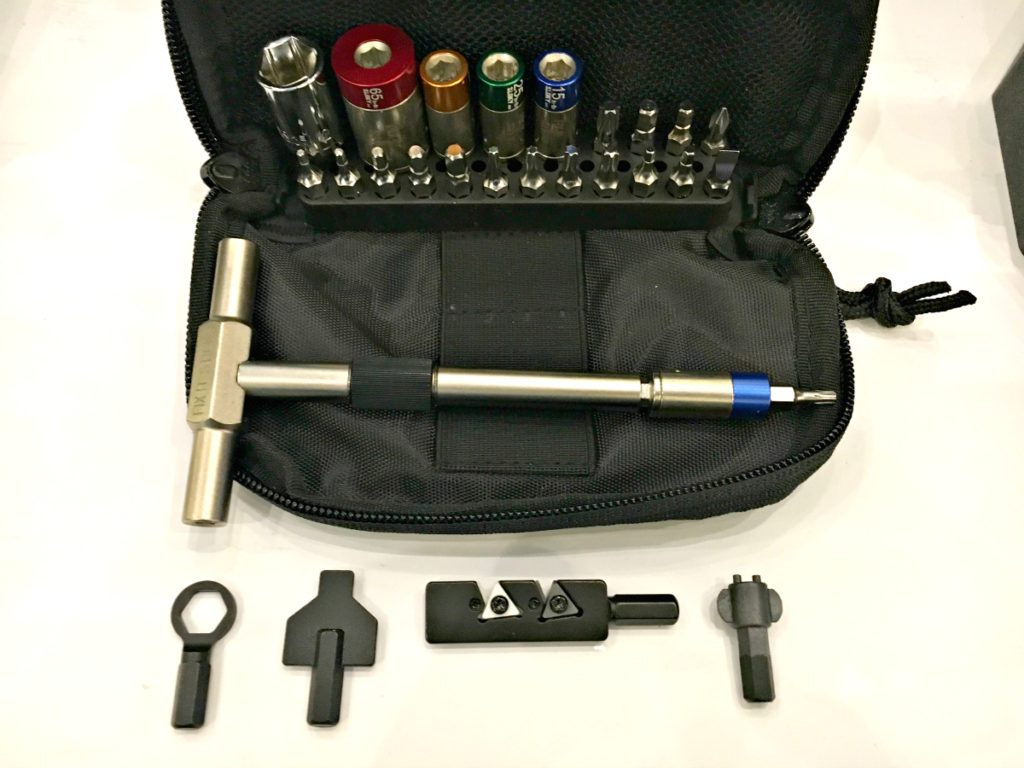 Fix It Sticks: The right tool for the job.

If you have ever worked on a rifle or pistol in the field, you know that feeling… I don’t have the right tool for the job, but I do have a multitool.  This is a pretty solid recipe for wrecking stuff.  Stripping out screws, trying to grab a hold of bolts with pliers, etc.  Fix It Sticks has the answer.

If you are unfamiliar with Fix It Sticks, they are a company that got their start in the cycling world and leveraged their knowledge and expertise to adapt to firearms.  Fix It Sticks offer a number of incredible toolkits to fix just about anything in the field with the “proper” tool.  No breaking expensive scope mounts or stripping out screws.

Fix It Sticks are designed around a “T” handle.  Allowing the user to quickly add or remove bits depending on the task at hand.  One of my favorite aspects, Fix It Sticks offers torque limiters.  Rather than winging it when you are mounting an optic or putting a rifle back in a chassis, you can very easily torque the screws to spec.  Anywhere. 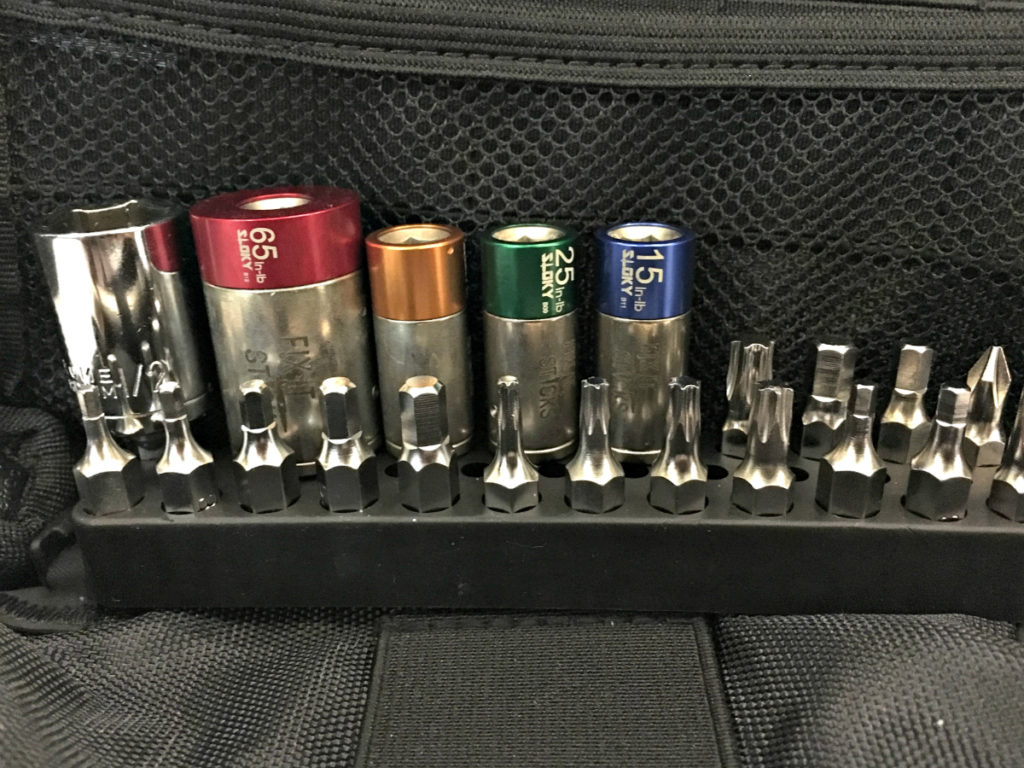 Fix It Sticks offer a huge variety of bits, to include a number of different torque limiters.

Fix It Sticks toolkits are customizable. You can pick up most of the pieces individually to build out what you may specifically need.  And the beauty of Fix It Sticks is they aren’t a static company.  They are constantly increasing the number of tools available for their customers.

They have released several new bits for 2019.  To include their Universal Choke Tube wrench.  This easily fits onto the end of your T Wrench or any 1/4” magnetic hex driver.  Made of solid steel, you can quickly swap out your most common choke tubes from .410 to 10 gauge.  MSRP $10

They also have released a 3/8” box end adjustment wrench.  This fits perfectly onto the 3/8” bolts commonly used on scope mounts, such as the Larue Tactical SPR Mounts.  MSRP: $10 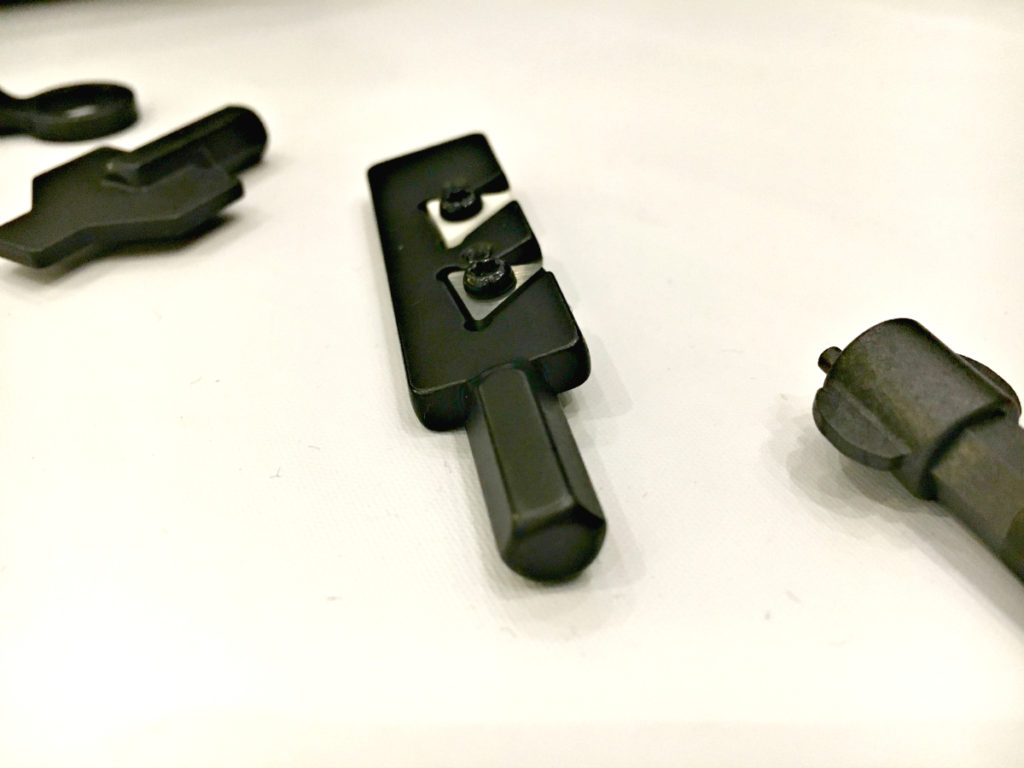 Among the new offerings for 2019 is their knife sharpener.

Also new this year is the Aimpoint Bit.  This is made to specifically adjust Aimpoint Sights for windage and elevation.  The bit is made of a molded synthetic polymer that won’t mar or scratch the finish.  MSRP: $10

And lastly, Fix It Sticks has introduced a Knife Sharpener.  This lets you easily sharpen a knife or broadhead in the field.  It features both a ceramic and carbide V-Style sharpeners set at 22.5 degrees for a 45-degree inclusive angle.  MSRP: $22

As mentioned, Fix It Sticks continues to add to the already extensive collection of bits and accessories.  Making sure you have the right tool for the job no matter where you are.  With their light weight and small size, there is no reason not to have a set in your range bag or backpack.

Find out more and see the entire line at Store.FixItSticks.com. 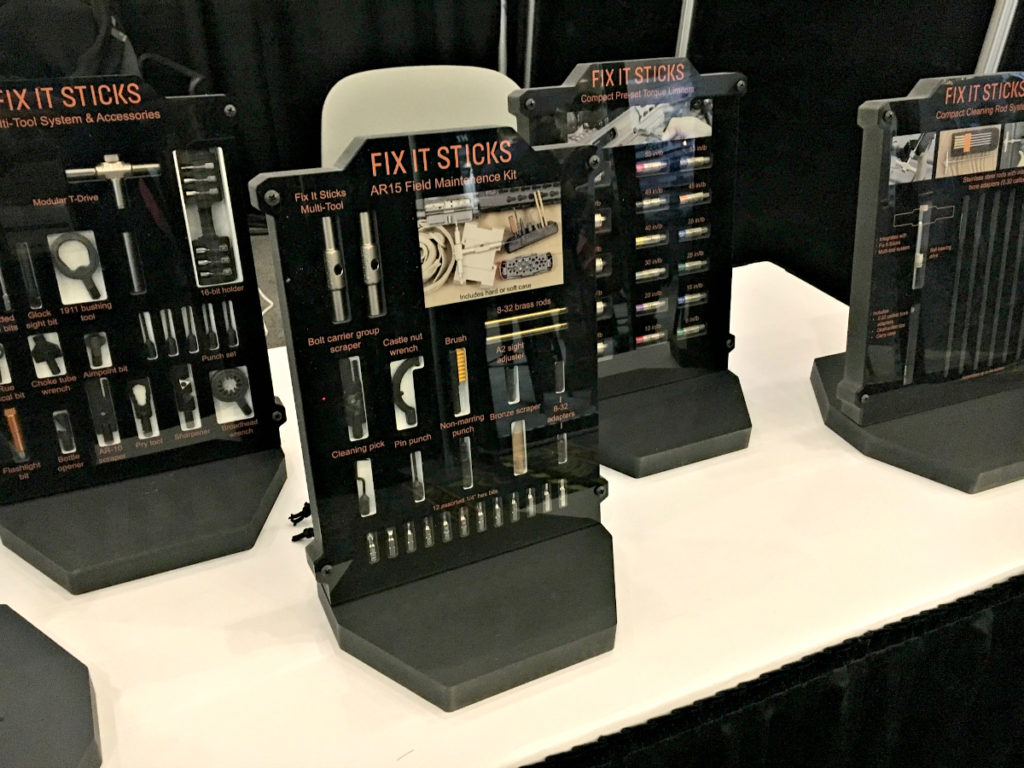 If there is something specific you’re looking for, they probably have it…