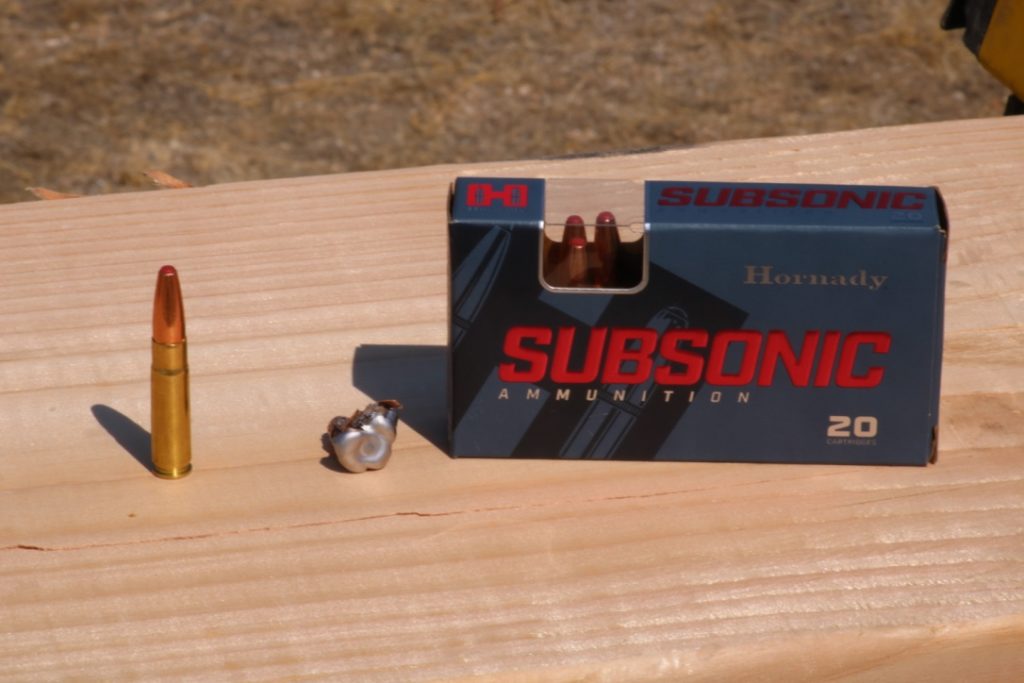 Hornady has been absolutely slaying it on the ammunition front for the last few years, rising to the top of everything from rimfire to hunting-specific. Personally, they have become my gold standard for accuracy, and I know I’m not alone on that front. Even the economy lines they have developed, such as American Gunner, routinely outperform other companies “match grade.” With so much winning, you might think they would take a minute to rest on their laurels and take a siesta by the pool. Well, you would be wrong. It looks to me like they have poured every last cent of profit back into research and development. This week, I got a chance to try out 3 new offerings, and every one came up a winner. 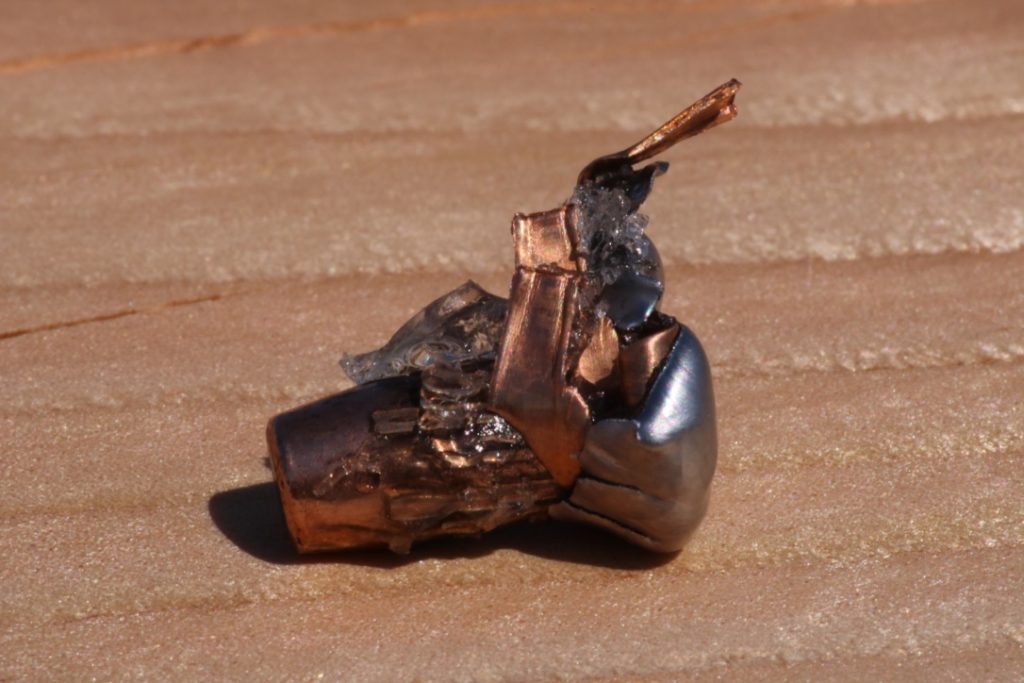 First was the Sub X 190 grain subsonic loading for 300 Blackout. Blackout is a weird round, basically a 5.56 casing expanded to accept a 30 caliber bullet. It is quieter than the Grim Reaper’s church farts, as it was intended to be a subsonic round first and foremost. Developed by Advanced Armament Corp, it was built from the ground up to work in the M-4 family of rifles specifically for suppressed applications. 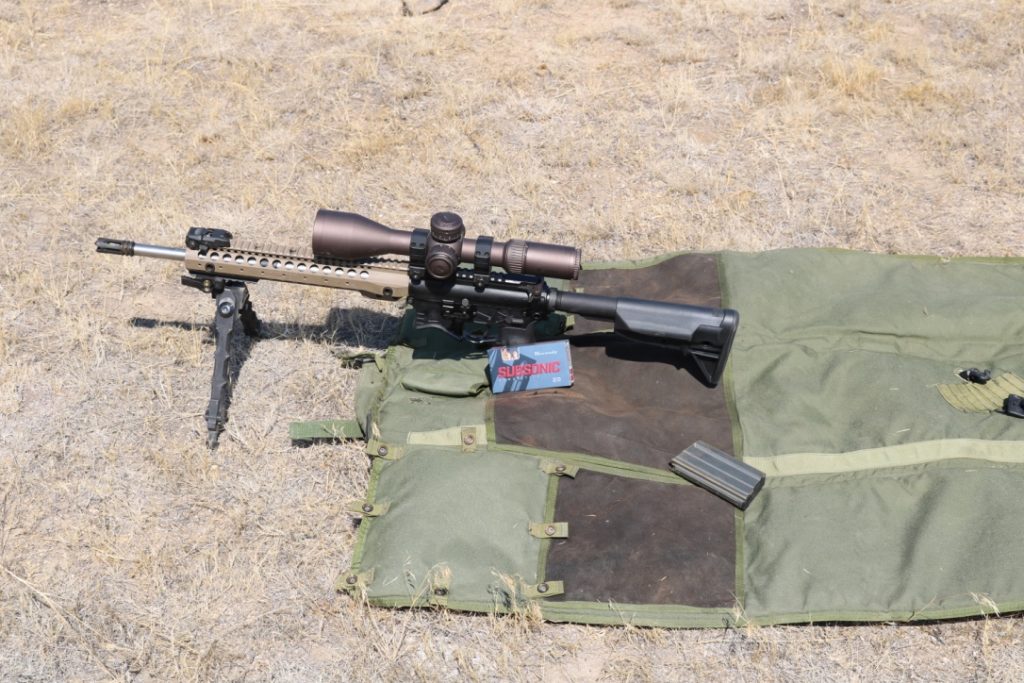 It was intended as a military round, for use in current military weapons with minimal changes. Subsonic 5.56, if you have never tried it, is a joke at best. Due to the unique variables of 5.56/223 bullets, you end up with a weak sister no matter how you slice it. The heaviest of 223 bullets are about 90 grain, and those won’t fit in an AR magazine. So at best, you generally get a 77-grain bullet, at subsonic speeds. That also won’t cycle a semi-auto rifle. No one with any sense has every carried subsonic 5.56 for combat use. 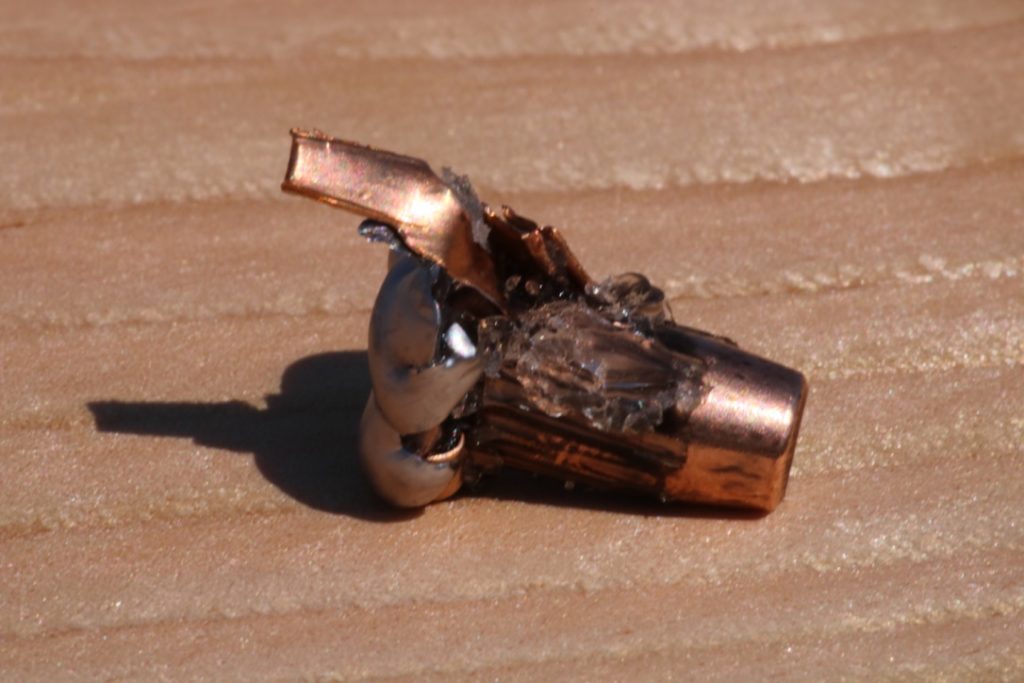 300 seemed to solve this problem. With just a barrel swap, the cartridge would fit larger 30 caliber bullets that would both fit in the standard magazine, and cycle the gun. Problem solved, right? Well, not exactly.

300 Blackout was such a niche product, that no major player was willing to develop new bullets specifically for the cartridge. Most people just took whatever 308 projectiles where laying around, slapped them in the new case, and called it good. The real problem here is that no one had ever made a 308 projectile that was intended to expand at velocities below about 1800 fps. 308 subsonic was a joke too, and not a heavily popular round. 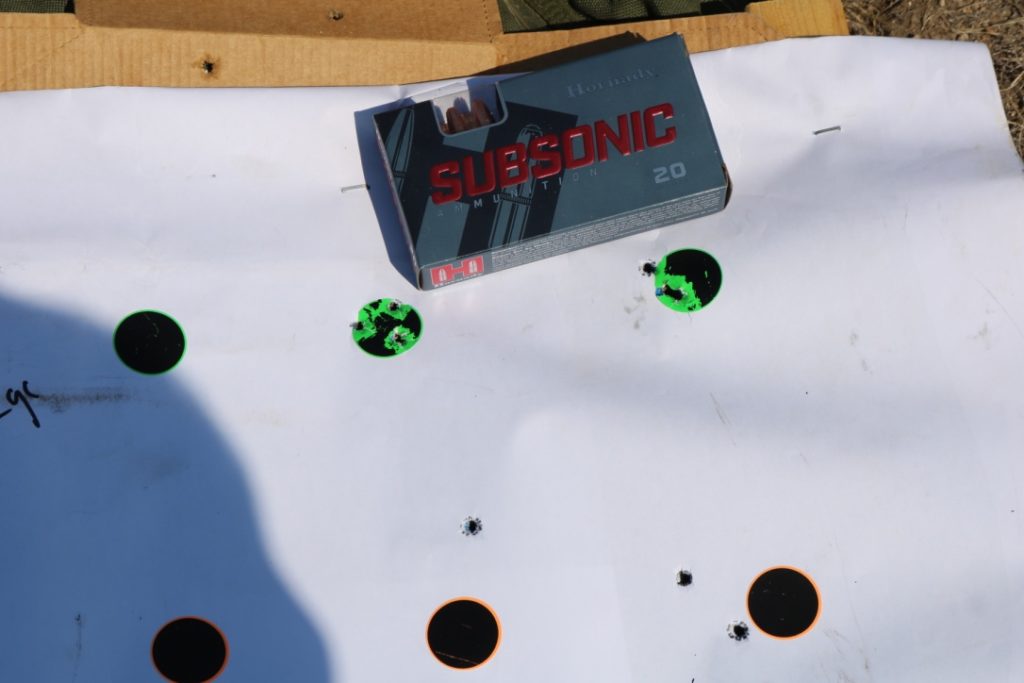 Accuracy well above normal for caliber

Well this year, Hornady has stepped in to fix those problems. With 300 AAC gaining popularity with hog hunters and relaxed hunting rules for suppressors, it was time. Not to mention the ongoing tactical need coupled with the acceptance that 300 Blackout deserved a seat at the table—a niche seat maybe, but a seat none the less.

Hornady had to basically start over projectile-wise, developing something entirely new. Fortunately for us, they have some serious 40-pound foreheads over in the engineering department, with decades of practice making things expand when they damn well say so. The result is the new Sub X.

From Hornady, “The new 190 gr Sub-X® (Subsonic – eXpanding) bullet features a lead core. Long grooves in its gilding metal jacket combine with the bullet’s flat profile and the patented Flex Tip® insert within its hollowpoint cavity to help it expand reliably at low velocities. 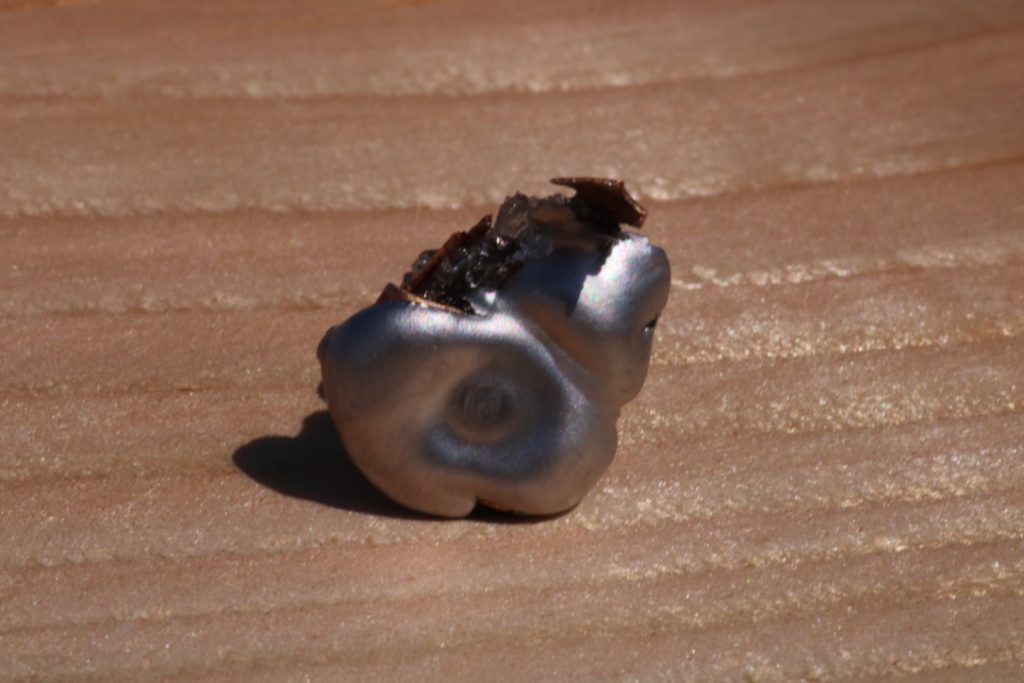 When it was announced at SHOT SHOW, I called it to good to be true. And happily, I was wrong on this one. In gel testing this week, the Sub-X did everything it was supposed to. It expanded reliably and completely, while still penetrating 17 inches of gel. As an added bonus, it also seems to have solved the 300 AAC accuracy issues. 300 has never been a particularly accurate round, for reasons I can’t explain. It makes no sense for it to be inaccurate, but in my experience, it always has been. In testing this week, the new Sub-X was near one-hole accurate at 50 meters, more than enough for a subsonic bullet. The new Sub-X has raised the bar across the board for the caliber. 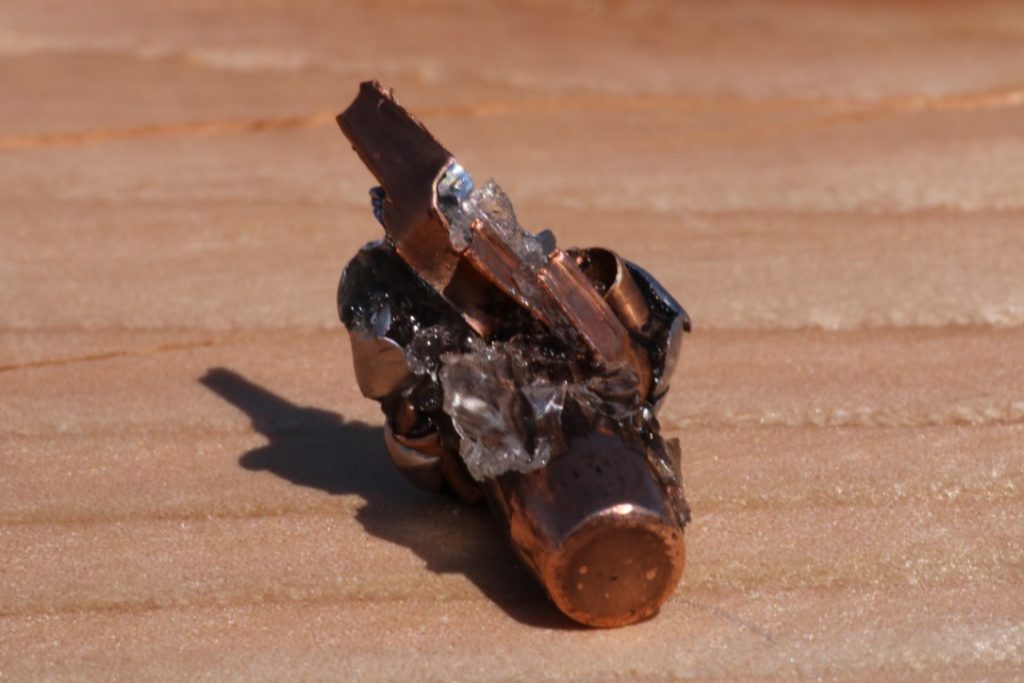 Also new this week from Hornady, I got to test the 55-grain load in the Critical Defense line. I generally buy rifle ammo to reach, not for close-range performance. But that may be a critical flaw in my thinking, brought on by the environment I was raised in. I never really thought about CQB range terminal performance until I did a sheetrock test a few years back. Hornady Vmax 53-grain was the winner that day and really got me thinking about overpenetration in the neighborhood. Not really a concern in Baghdad, but here stateside, it could be a problem. 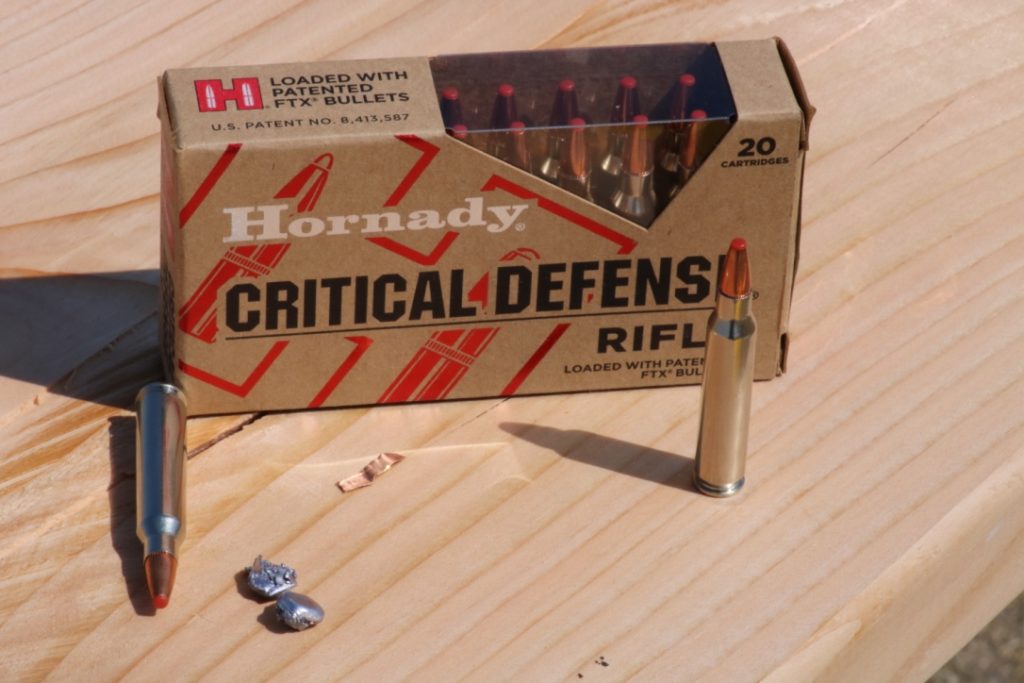 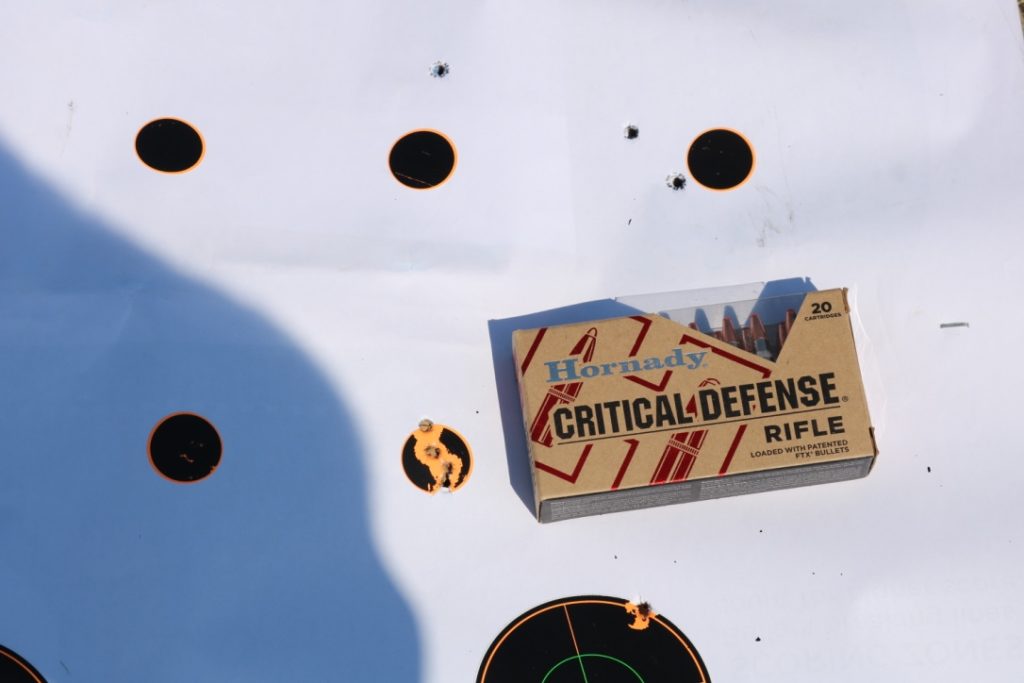 Critical Defense was built from the ground up for just such scenarios. It is very much a limited penetration round, with some neat side effects. Between us girls, I wasn’t ready to have my socks rocked off by this one. But after the performance in the ballistics gel, this round is now in my nightstand gun. 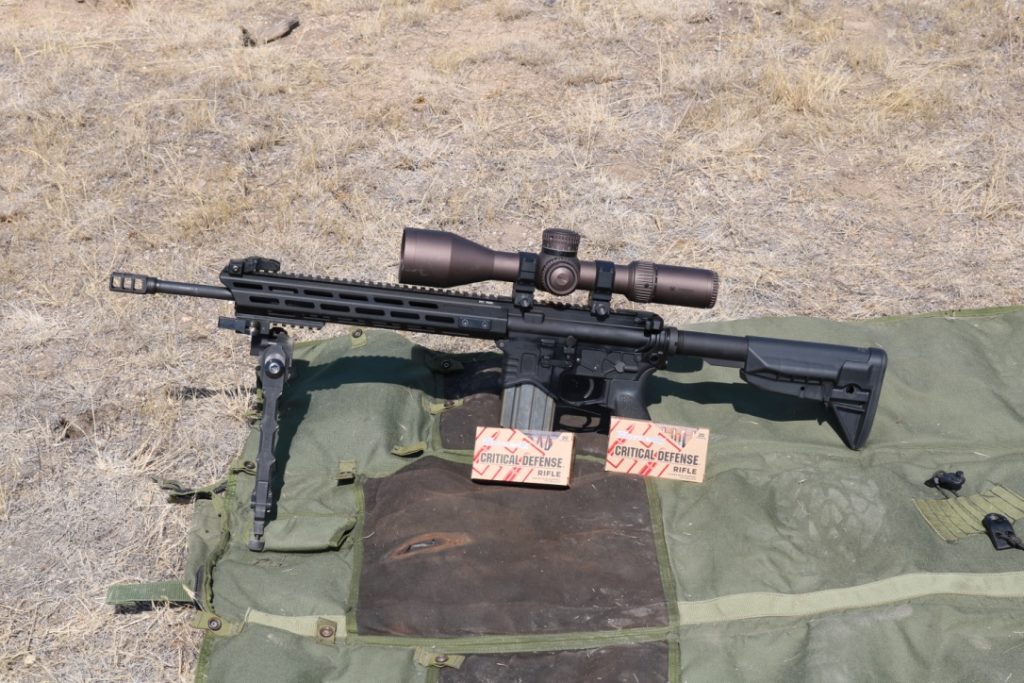 The Critical Defense round absolutely exploded. It penetrated about 3 inches, then detonated like a baby claymore. The lead core, significantly reduced in size, did go about 12 inches in my gel. But that 3-6 inch region? Sweet baby batman on rollerblades. It would look like someone had a blender inside their chest. It was nothing but copper petals, exploded lead bits, and polymer parts scattered over hell’s half-acre. It was so messy, that after 2 rounds, that particular re-usable gel block is no longer re-usable. The chance of digging all that out is zero and I’m not even mad about it. 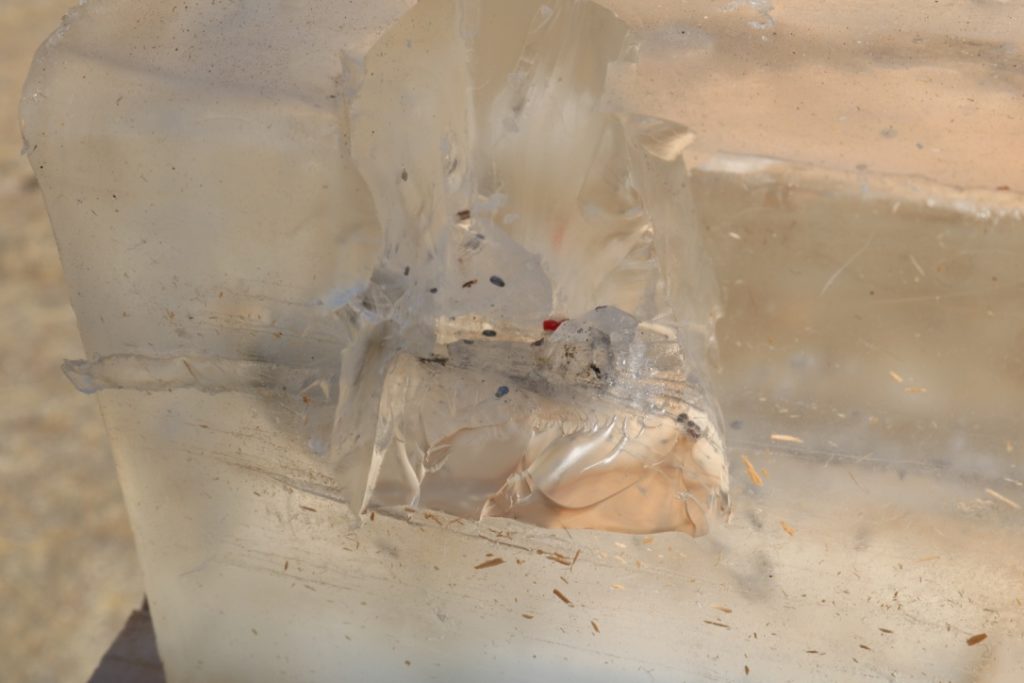 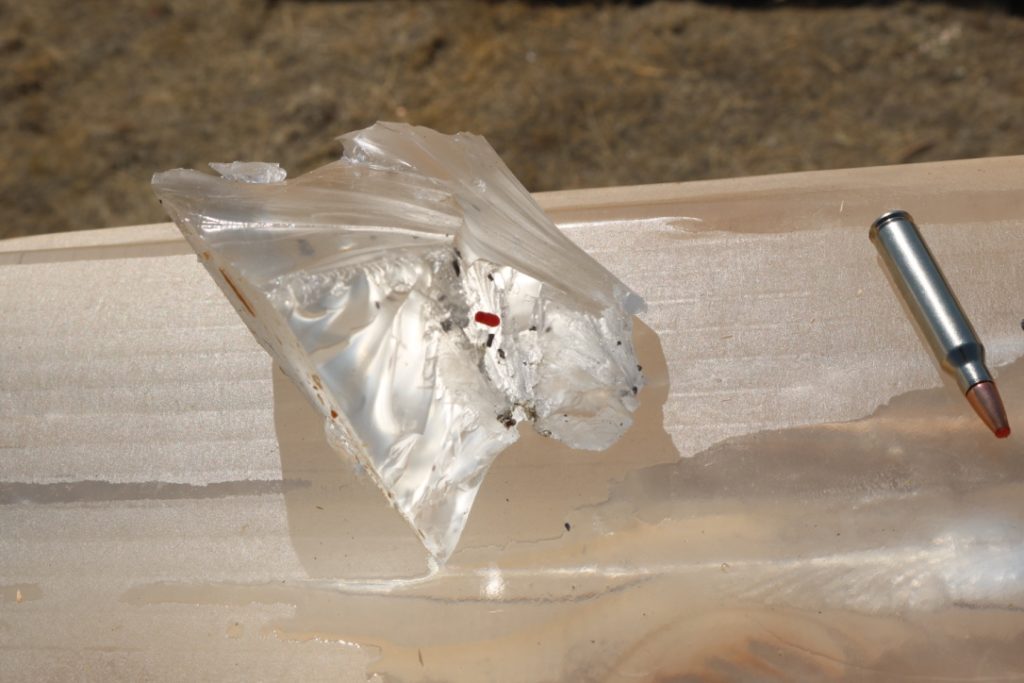 the frag was insane 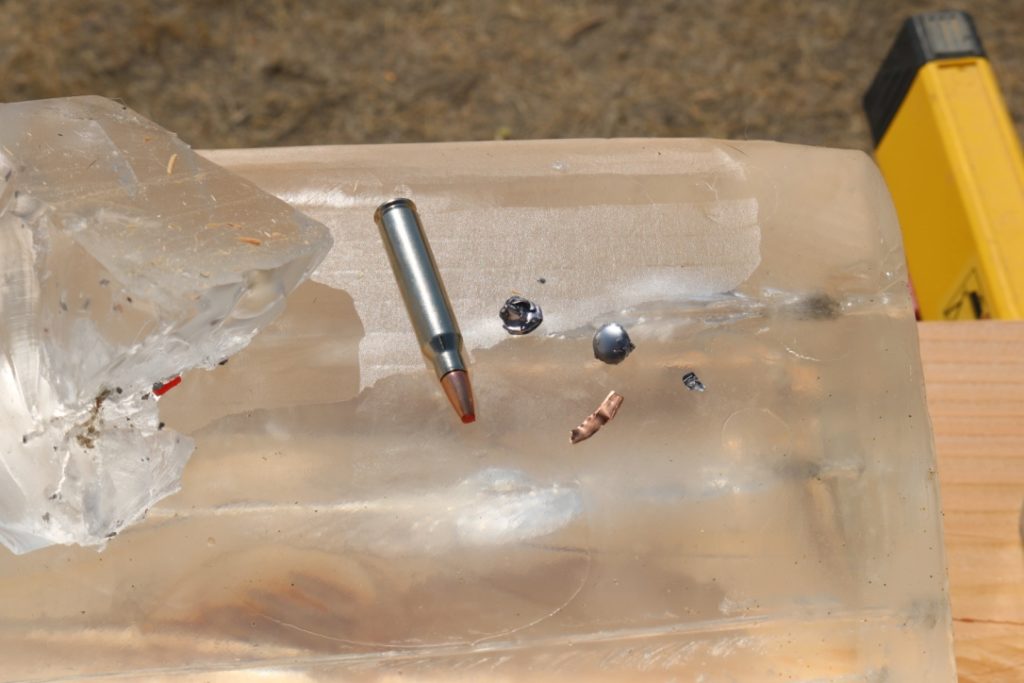 Last but not least, I took a look at Hornady’s new Frontier line. When I think Hornady, I generally think premium ammunition. And that tends to mean expensive since that’s just kinda how the world works. I buy lots of 6.5 Creedmore, but Hornady isn’t my go-to for close quarter drills, if you catch my drift. The Frontier line is Hornady’s entry into the cheaper end of the market. 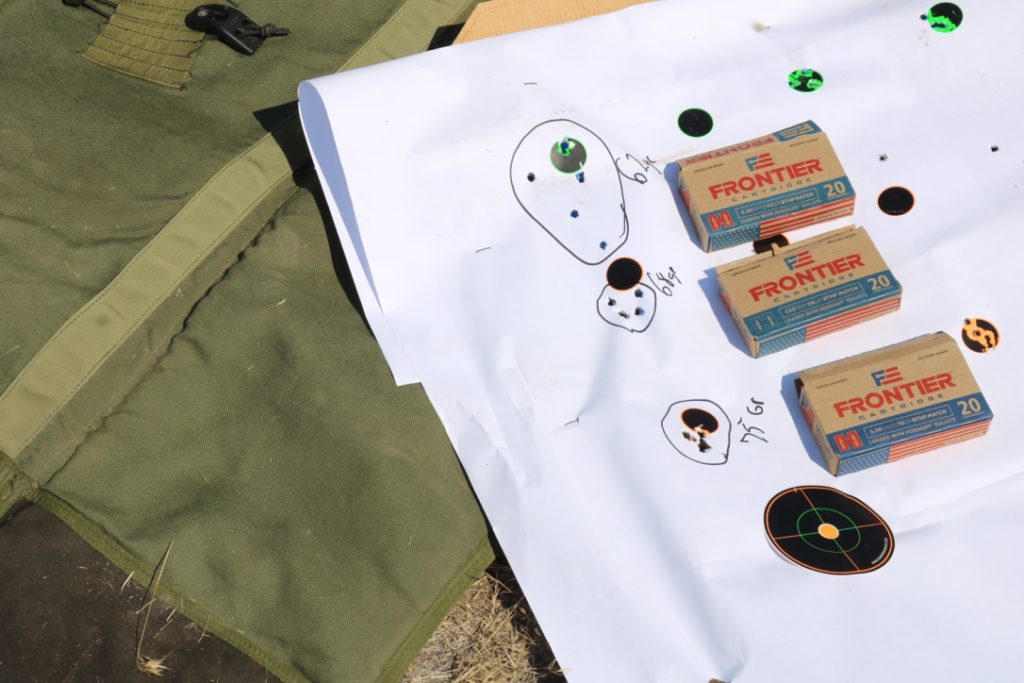 The various loads and group sizes

It still has the Hornady name on it, so you know they won’t let it suck. But they also realize that no one is chucking match-grade ammo at tin cans and 5-meter IPSC targets. No one with sense anyway. So the idea is to apply Hornady quality control and bullet technology to a cheaper solution.

How do they make that process cheaper? Simple. Frontier is loaded at the Lake City ammo plant, on the old government presses. How is that possible? Well, Lake City is a weird animal. I wouldn’t swear to the following on a stack of Bibles, but it is my vague understanding from being in the ammo business myself once.

Lake City is a massive loading plant owned by the government and located on government property. But it isn’t government employees that actually load the ammo. They contract that part out. DOD 9mm, for instance, is often marked Winchester on exterior packaging. Whoever holds the contract, once they have met the DOD requirement, can also use the machinery to make their own brand of ammunition or sublease the machine hours to whoever they want.

So it is still Hornady components and still Hornady tolerances. It is just done on much bigger machines. The tradeoff here is no doubt some slop in the process that wouldn’t fly as Hornady Match, for example. With older, bigger machines, that’s to be expected. But it also drops production costs.

There are lots of flavors of the new Frontier line, and I got to test 3 of them in 5.56/223. Of the 62 grain, 68 grain, and 75 grain, my SAINT EDGE didn’t care for the 62. But the 68 and 75 were both sub-MOA, with the 75 performing at near Match grade. I would expect more variation from batch to batch than the primary Hornady lines, but the price was right. Frontier can be had for as low as 32 cents per round street price, and that is hard to argue with.

Visit Hornady to learn more about their lineup by clicking HERE.

***Shop GunsAmerica for your ammo needs***