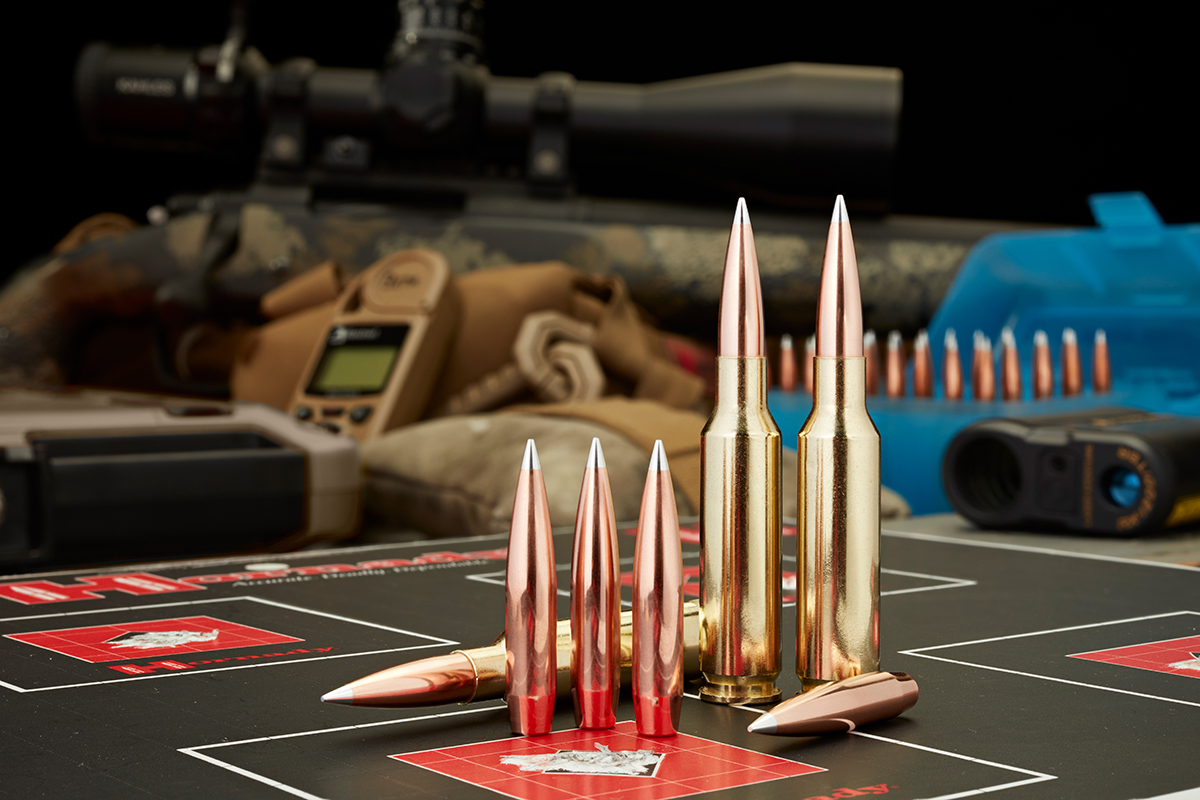 “Bullet technology,” once the territory of none but the most neurotic gun nerds, has gone mainstream. Companies like Sierra, Nosler, and Hornady now mold hunks of lead and copper using the most cutting-edge technology—literally, rocket science.

Hornady’s new ATip Match bullet might be the next step in that technological evolution.

“This isn’t just an ELD with a different tip. This is a whole new bullet,” Hornady Engineering Technician Nick Earixon told GunsAmerica at this year’s NRA Annual Meeting and Exhibits.

The ATip uses a longer, heavier aluminum tip rather than the standard polymer tip. The length and weight, Hornady says, move the center of gravity and enhances in-flight stability. Aluminum is also more resilient and less brittle than polymer, so it won’t deform in the magazine or during shipping. 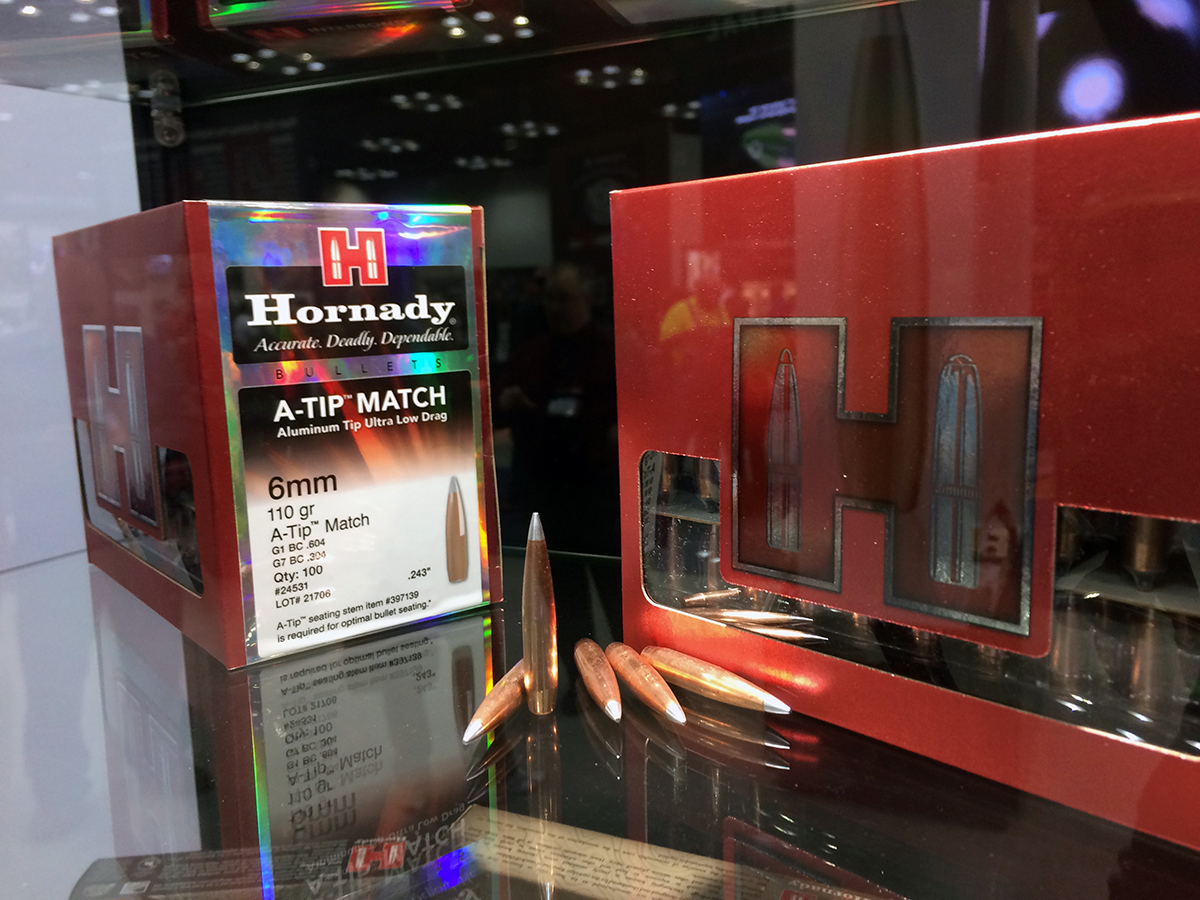 Hornady had their new bullets front-and-center at this year’s NRA Annual Meetings and Exhibits.

Hornady redesigned the bullet as well. Engineers lengthened the boattail and ogive to reduce drag and, according to the company, achieved a “perfect blend of ogive, tip length, bearing surface, and optimized boattail by caliber.”

Hornady didn’t stop with bullet design: they also developed a new manufacturing process they use only for producing the ATip.

The company packages ATip bullets sequentially to maximize consistency from bullet to bullet. Slight variations become inevitable over the course of manufacturing 10,000 bullets, Earixon said. Bullet #1 will probably be slightly different from bullet #10,000, and customers might get both bullets in a standard package of match-grade rounds.

But virtually no variance exists between bullet #1 and bullet #100 or between #300 and #400. Packaging 100 (or 500 or 1000) sequentially-manufactured bullets ensures that long-distance shooters get the most consistent set of rounds possible.

Will real-world performance live up to PR promises? The proof will be in the pudding, as they say, but the Doppler radar-verified ballistic coefficient numbers are impressive. 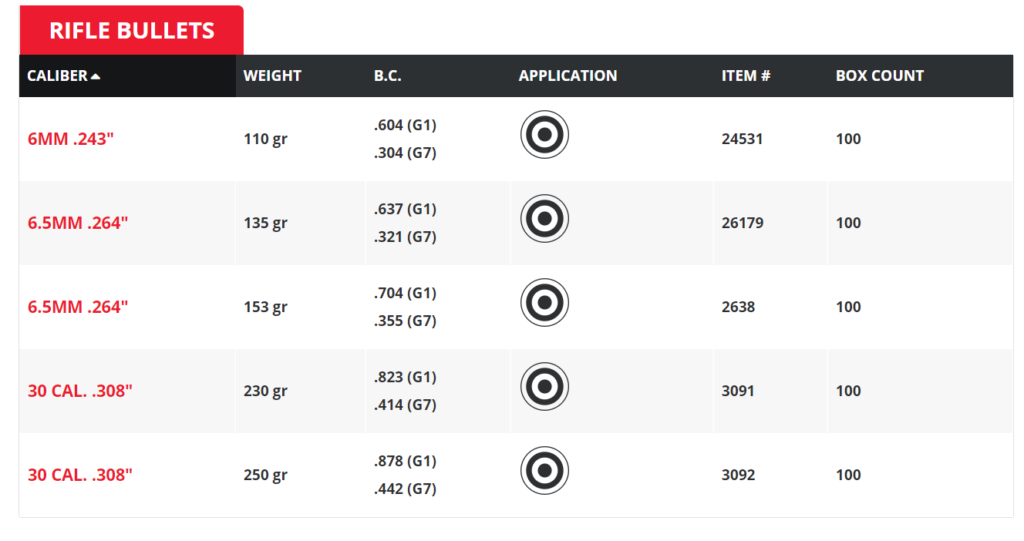 Performance comes at a price. A box of 100 230g .30-caliber ATip pills runs just shy of $90 and the 6mm is only about $10 less. That might be too steep for the average plinker, but competitors will no doubt be willing to put down a little extra cash for a chance to gain an edge.

Hornady reps told GunsAmerica that customers can expect ATip bullets to start shipping in late May or early June.

Next post: Henry’s Got a Side-Loader! New Side Gate Rifle Debuts at 2019 NRA Show