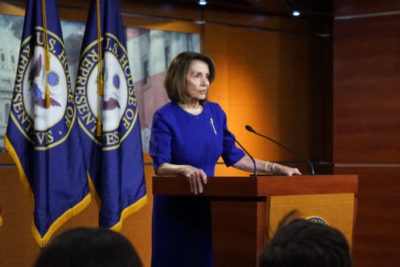 U.S. House Representatives introduced over the weekend their take on the new-and-improved “assault weapons” ban, and while the text of the legislation has yet to be released, preening gun-ban proponents like Colorado congresswoman Diana DeGette have outlined the new restrictions on their official government websites.

The Assault Weapons Ban of 2019 (H.R.1296) echoes similar legislation introduced by Sen. Dianne Feinstein and others in the Senate, but unlike in the upper chamber, the House bill has a good chance of passing.

“With Democrats once again in control of the House, now is the time to enact commonsense gun safety legislation,” DeGette said. “We can’t allow what happened in Aurora, or Columbine, or Parkland, or Newtown, or Las Vegas, to ever happen again. We need to get these assault weapons off of our streets and we need to do it now.”

“I do believe, because in this Congress…there is bipartisan legislation to have common sense background checks to prevent guns going into the wrong hands. It doesn’t cover everything, but it will save many lives,” Pelosi said on CNN’s “Cuomo Prime Time.”

“This will be a priority for us going into the next Congress,” she added.

Tellingly subtitled “to ensure that the right to keep and bear arms is not unlimited,” HR 1296 names 205 specific makes and models of firearms that could no longer be legally sold, transferred, produced, or imported. Along with this list, the legislation also bans

A revival of the 1994 Clinton “assault weapons” ban has been a holy grail of the gun control lobby since the original ban expired in 2004. Despite the fact that the 1994 ban resulted in no discernable drop in crime or mass murders, proponents believe a more restrictive set of regulations can decrease the frequency of incidents like Parkland and Las Vegas.

DeGette, for example, claims in her press release that in the 10 years after the 1994 ban expired, mass murders increased by 183 percent. Unfortunately for DeGette and others, Politifact rates this claim “Mostly False” and points out that it’s based on “flawed analysis.”

House Democrats won’t be satisfied with an “assault weapons” ban, however.

Another bill, H.R. 1112, takes a page from the New York gun control playbook by removing the “default to proceed” practice for delayed federal background checks.

Under current law, a gun dealer can transfer a firearm to a buyer if the FBI has not made a background check determination after three business days. H.R. 1112 increases that waiting period to 10 days, but then would require the purchaser to file a “petition” with the FBI. A gun dealer could only transfer the firearm after waiting an additional 10 days after the petition has been filed, which would increase the waiting period from three business days to 20.

As we’ve reported, background checks are often delayed unnecessarily due to bureaucratic errors. In addition, the FBI has instituted no appeals process for delayed checks and all NICS checks expire after 30 days. In short, H.R. 1112 could unjustly suspend the Second Amendment rights of American citizens for an indefinite period of time.

Other bills would place rifle-caliber pistols and semi-automatic rifles with detachable magazines under the National Firearms Act. Both policies would require prospective buyers to undergo an extensive background check and pay a $200 tax stamp before taking ownership.

In all, anti-gun politicians in Congress have proposed 20 pieces of gun control legislation. Stay tuned as we continue to track these bills as they wend their way through the legislative process.