Due to my schedule, I am often forced to hunt late season with November, December and January being the main months that I am able to hunt. Although I do miss out on most of the great opportunities that early season provides with uneducated animals and the rut, December and January can be great months to get outdoors and hunt especially if you need to fill the freezer.

In my house, the main source of meat is game, whether that is deer, elk or antelope. So it is very important that I put at least one of those in the freezer every year. Now, don’t get me wrong, I love a big set of antlers to hang on my wall. However, at the end of the day when I head out into the field, the main goal of the endeavor is to bring home some meat. With that being the primary goal, I often rely on late season antlerless tags to fill the void if I don’t manage to connect on any bulls or bucks earlier in the year.

Most state’s late antlerless seasons open up sometime after Christmas and run for about a month. This is a great time to get out in the field and see if the bucks you were chasing all year have made it through the season, with the added benefit of having the opportunity to hunt. This can be a great time of year to be in the woods to evaluate and plan for the season. 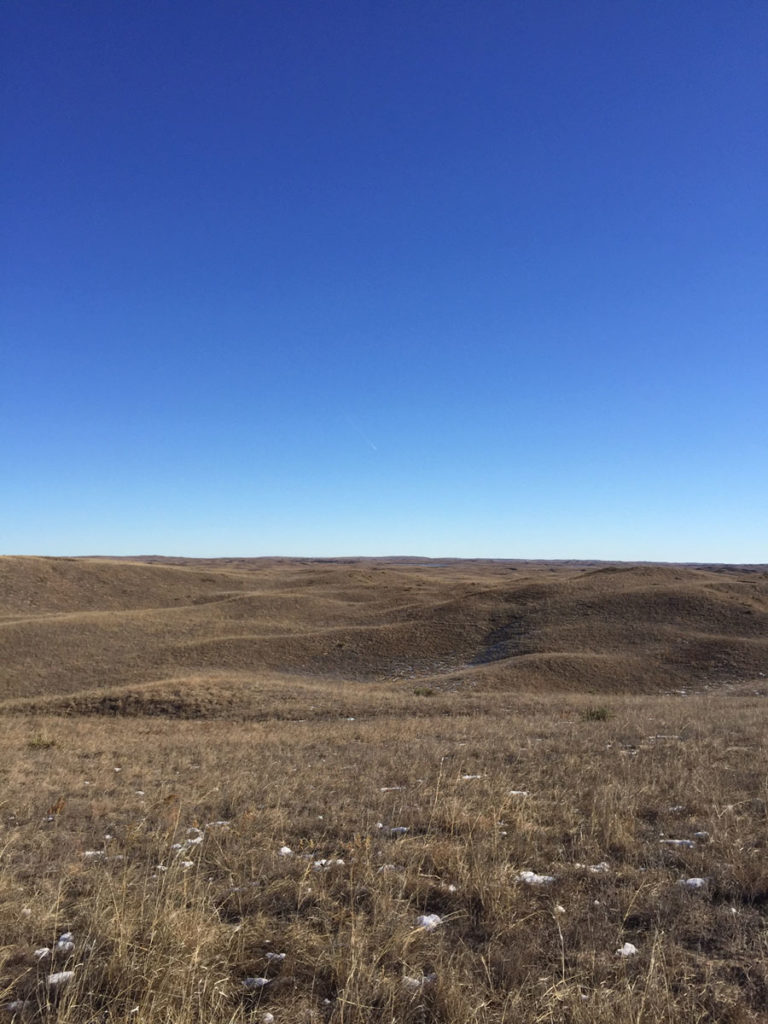 Trying new tactics can be a fun way to try and hunt such big open landscapes like this, stalking can be very difficult but effective.

The opportunities for these tags are wide and plentiful. In almost every state you can find an unlimited amount of antlerless tags available after the end of the regular season. When it comes to justifying the expense, the license fees go way down. For example, in Nebraska, an out of state buck tag will cost you $242 while in the antlerless season the tags only cost $70. The same cost savings can be seen in an even greater disparity in states with overpopulated deer numbers. For Indiana, a buck tag will cost $150 where an additional late season doe tag only costs $24. When you compare this cost with the potential of having to purchase meat throughout the year it is an easy decision to make. 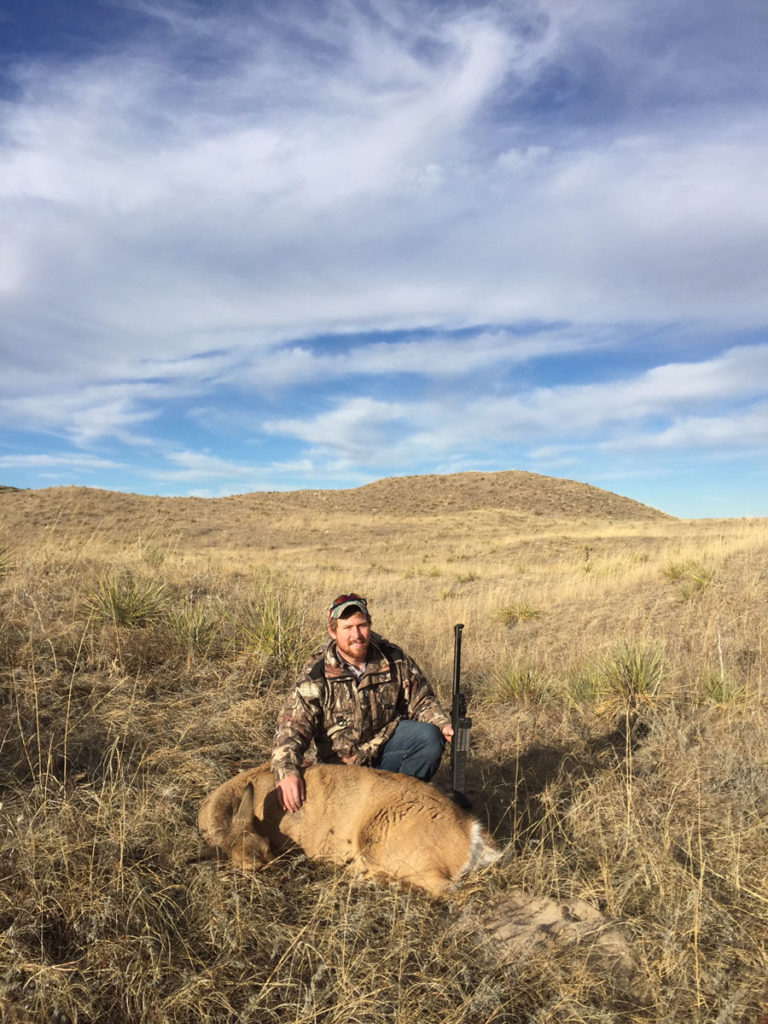 This is a doe that I harvested using my Muzzleloader, shot at 15 yards on a successful stalk.

Another great opportunity that is available during these seasons is that for the most part, any method of take is legal. Meaning that you can hunt with bow, rifle, shotgun, or any other legal method of take.  When I go afield in these seasons, I am likely to have the whole range of legal weapons in my truck. I particularly like to hunt the late seasons with my CVA or Traditions muzzleloader, and sometimes I even like to throw some slugs and a scope on my Remington 870. The great diversity of equipment that I have used during these liberal seasons is wide and varied, but each success and failure has made me a more efficient hunter.

I often use this lack of pressure to test new equipment or techniques that I have wanted to experiment with, but not willing to try during the “premium” seasons. I will often shoot a new bullet or try a new broadhead to see how they perform in a real-world situation and if I would like to use them next season. 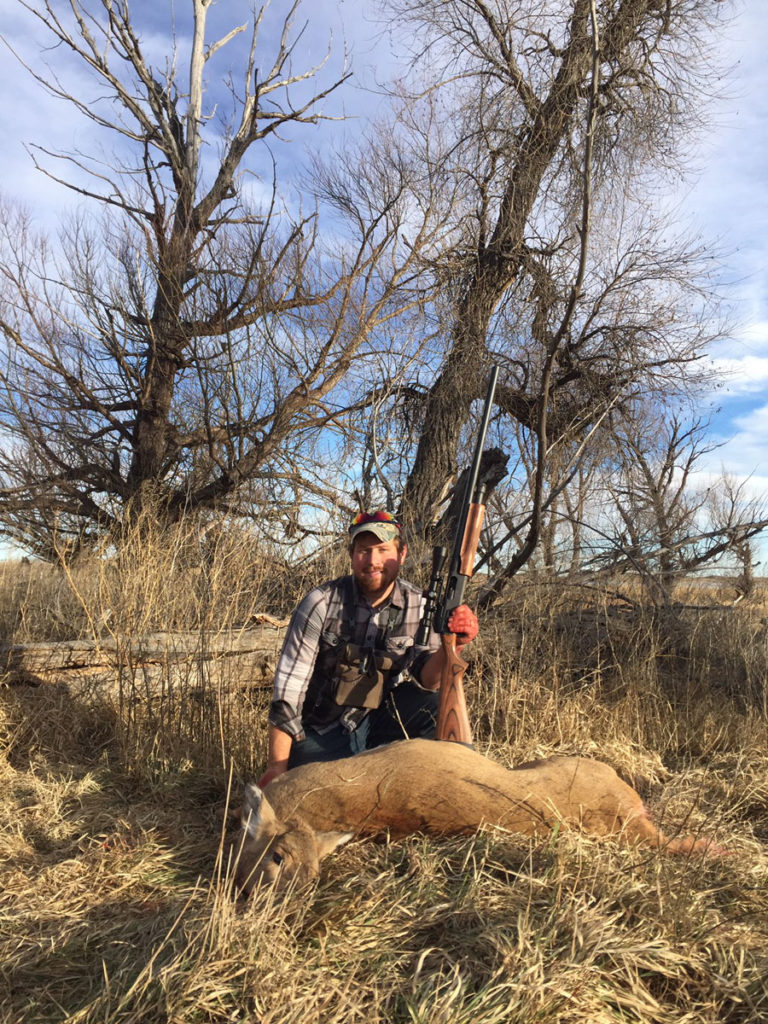 This is a doe that I harvested with my Remington 870, by simply adding a scope I turned my duck gun into a deer gun.

Techniques can also be fun to test out in these seasons without much risk. For example, I have always wanted to track a whitetail in the snow to its bed and try to shoot it. I would NEVER try this during the regular season, for fear of blowing out my entire hunting area, but in the late season, the opportunity is so great and frequent that it can be tried without fear and often times led to success. With the ability to try so many different things, the ability to make you a better hunter through trial and error is an added draw to these seasons for me.

If you struck out during the regular early season hunts, these late season antlerless hunts can be a great way to get outdoors and add some meat security till you get another opportunity to hunt the more sought after antlered game. If you start to get nervous when you can see the bottom of your freezer like I do, then this season can be a great safety blanket heading into the spring and summer months, and with the low cost of tags, the risk versus rewards are low.