It may surprise some people just how popular suppressors are for hunting, with 40 states now allowing suppressors for hunting use. This year AAC has introduced a new lightweight and compact suppressor that is aimed squarely at this hunting market, aptly named the “Jaeger 30.” Taking its name from the German word for “hunter,” this suppressor could also appeal to the precision rifle crowd that is looking for a no-frills suppressor. 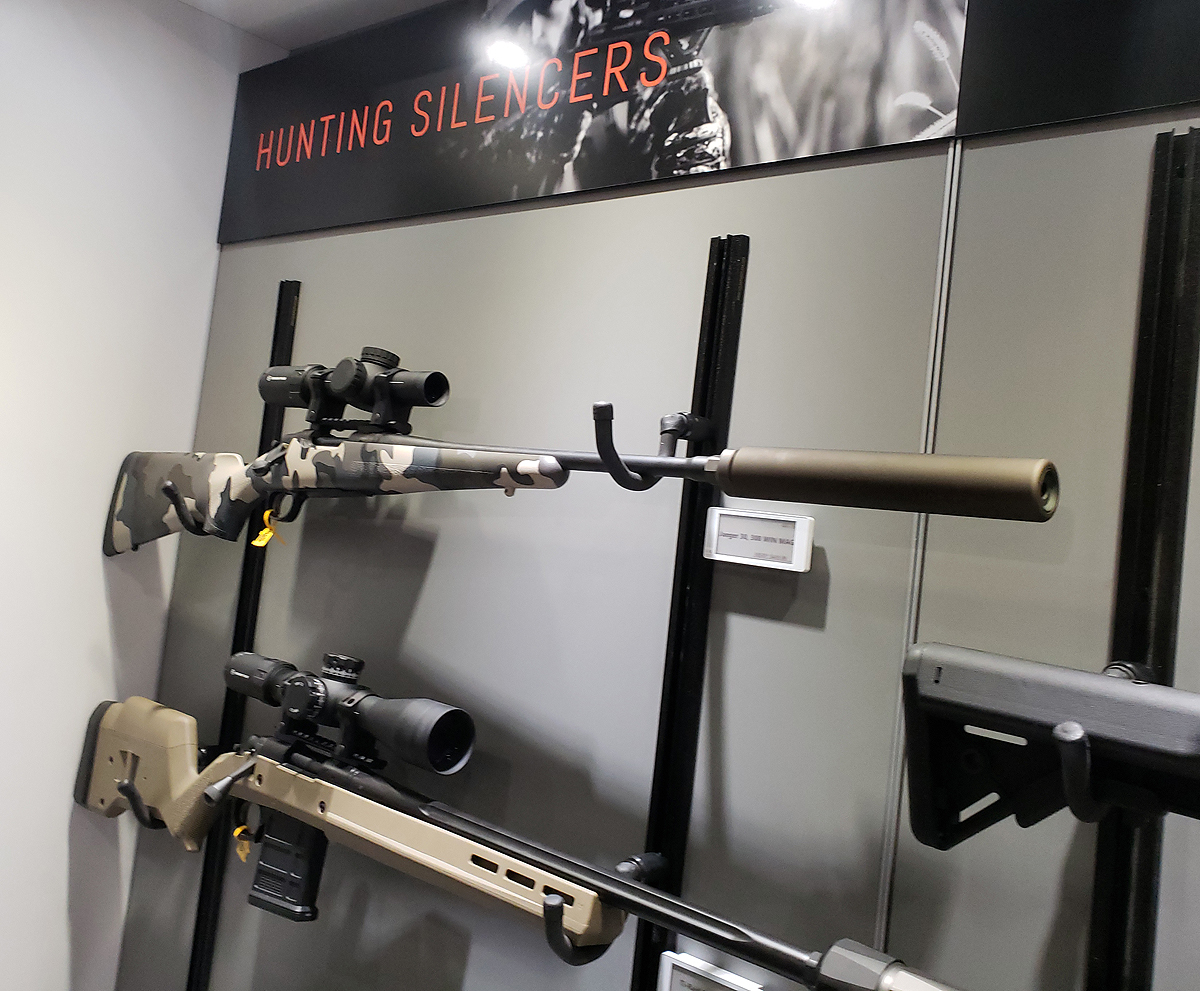 First let’s start with the basics, the Jaeger 30 is a .30 caliber direct-thread can that is constructed from titanium and aluminum, which helps contribute to an overall weight of just 14 oz. Being less than 1 pound means less mass at the end of the barrel and ostensibly less deflection for reduced POI shifts when shooting suppressed and unsuppressed.

Now, I’m sure you’re thinking, “An aluminum suppressor, how is that going to work?” AAC designed this suppressor so that the mount and blast baffle are made from titanium so that it can take all that heat and pressure, while the shell is made from 7075 aluminum. The aluminum is then hard anodized in a nice deep green finish that will look good on just about any rifle. Plus that finish protects it from life’s little bumps and scrapes that happen in the field. AAC was also forward thinking when they made the titanium mount/baffle the only serialized part of the suppressor. 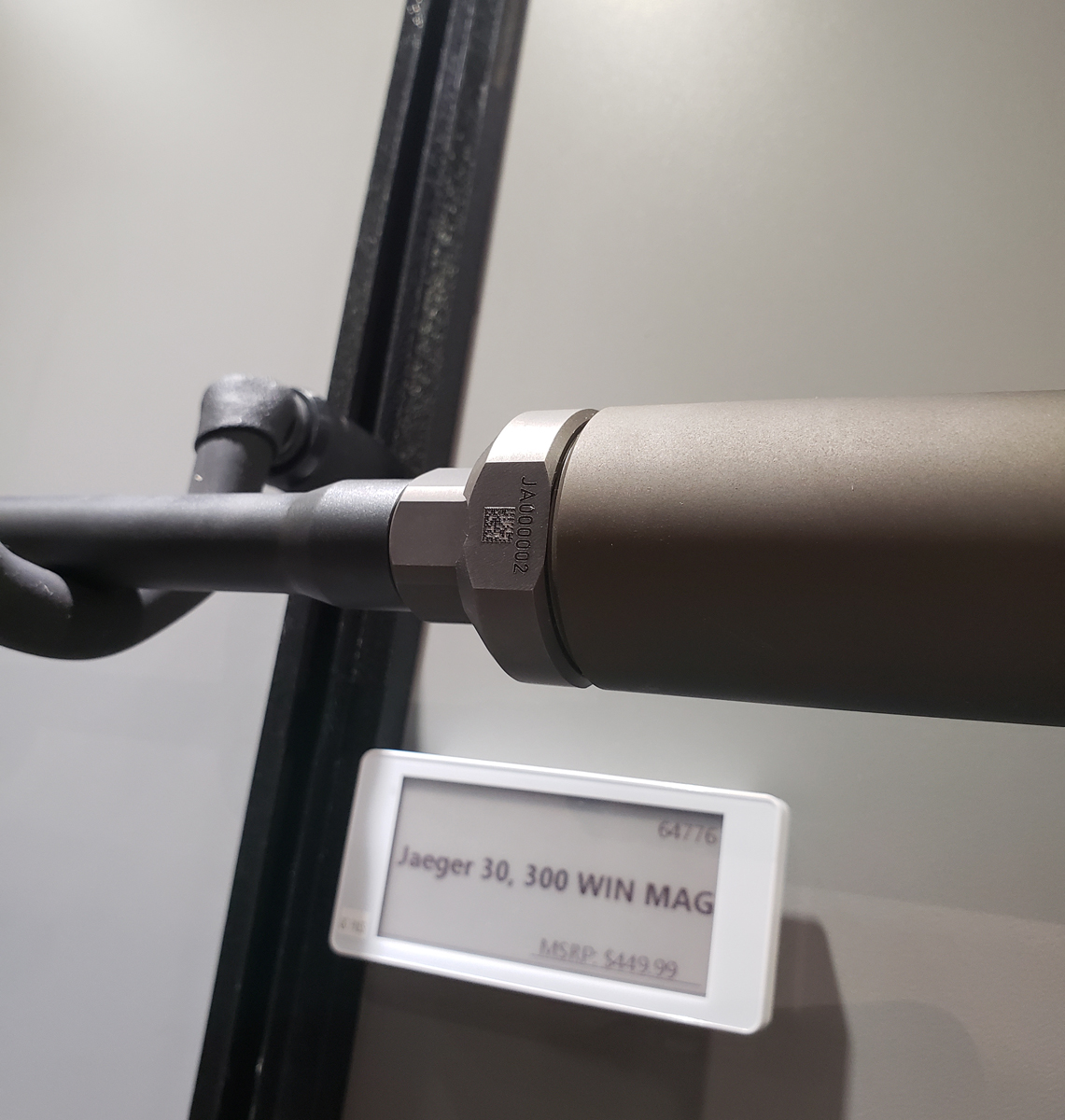 That way in the event that the aluminum monolithic core needs to be replaced, AAC can do that easily and send the suppressor back to you without the need for an additional tax stamp. From end to end the Jaeger 30 is only about 9.25 inches long with a diameter of about 1.5 inches, so it is quite compact compared to some other contemporary designs.

Now, performance-wise this suppressor is no slouch either since it is rated to handle .300 WM pressures, so anything short of that should be just fine. Understand though that this suppressor was made with single-shot and bolt action rifles in mind so don’t expect it to take multiple mag dumps and be hunky dory.

As far as decibel reduction levels, the performance is also respectable but the dB levels are dependent on several factors so don’t take the figures below as gospel. Variations in ammunition lots, barrel lengths, and calibers can affect the decibel reduction on any given rifle. Generally, though, a 26-inch barreled .300 WM should have a reduction down to about 137 dB, a similar .308 Win will about 136 dB, and a 9-inch barreled .300 Blk will be about 128 dB. 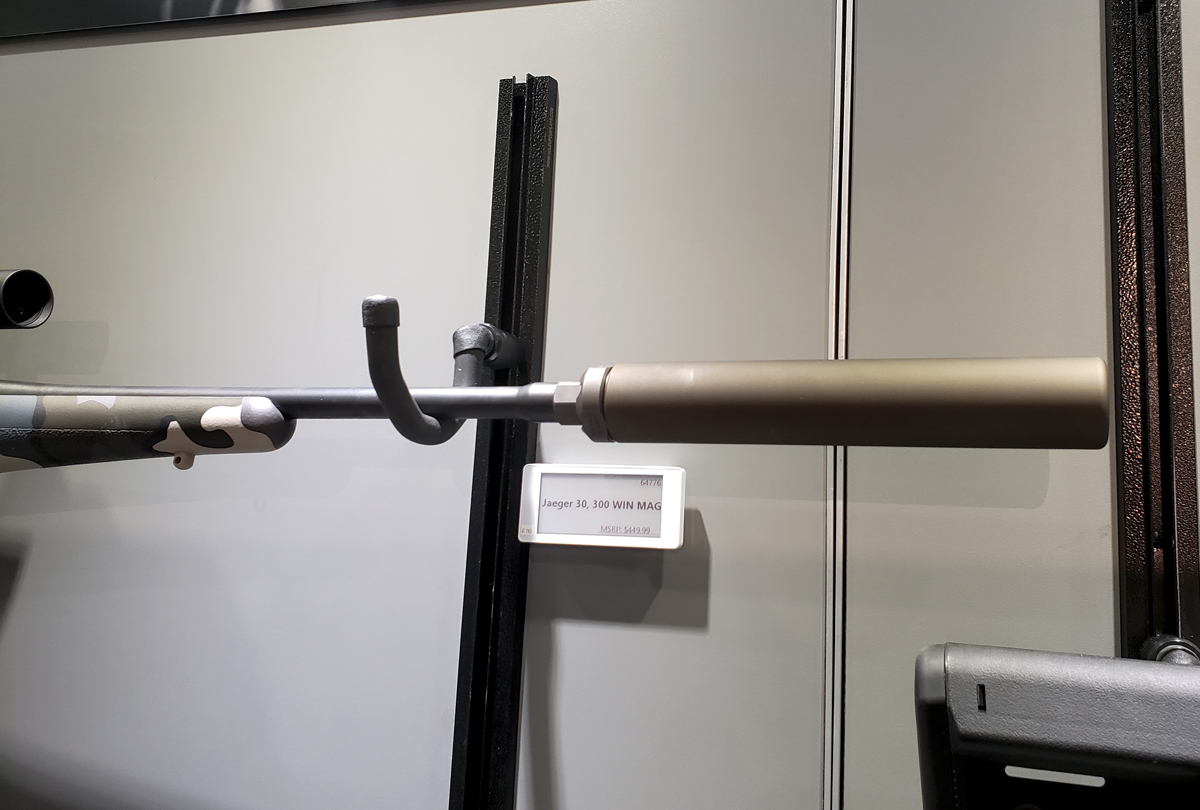 When ounces equal pounds and pounds equal pain this suppressor could be an excellent choice for anyone that needs to carry their rifle far or navigate difficult terrain. It looks good, has specs and performance to match just about any other, and the best part? It’s available now and with an MSRP of only $449.99.

For more information on the Jaeger 30 visit www.aac.com.