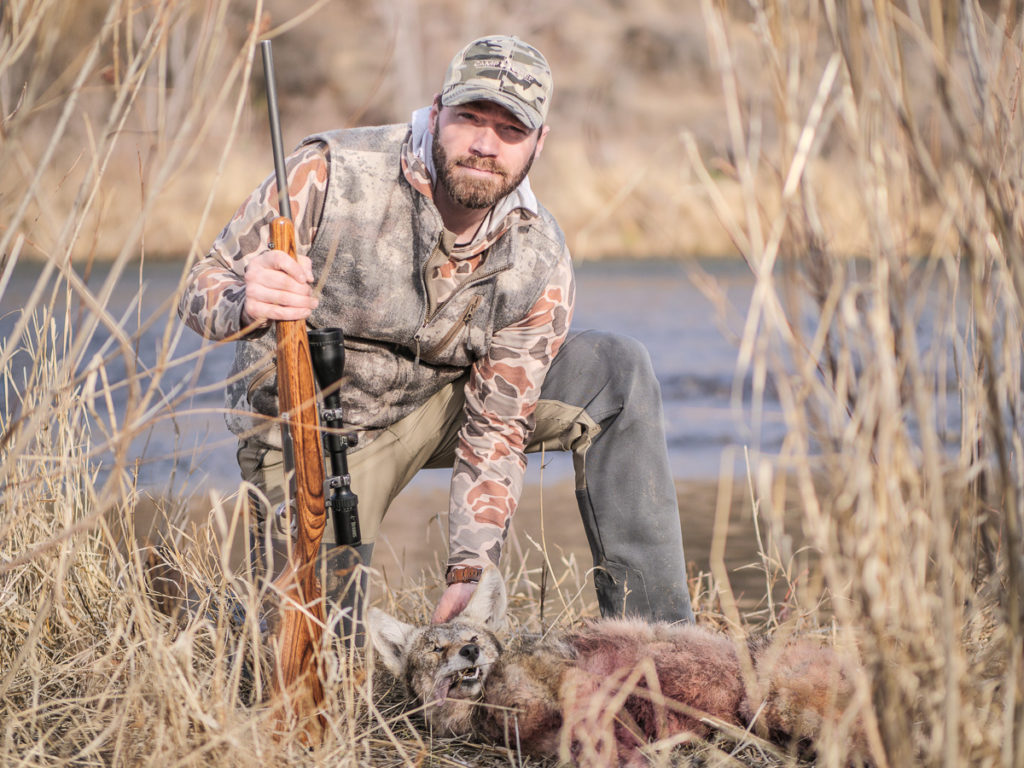 Coyote: it’s what’s for dinner. A 55 or 60 grain .223 is a good choice for coyotes and leaves plenty of meat for tacos. Photo by Nick Holloway.

I’m the kind of guy who likes to eat what he kills. I’ve eaten 18 species of land animals, so far, and each of them has been totally tasty. This includes coyotes.

Now, most hunters can’t fathom eating coyotes and they just assume that they are disgusting to eat. They’re dogs, after all, right? Well, a good portion of the world’s population eats dogs on occasion, too. In fact, my first canine dining experience was in China. The following recipe is much better than the dog and rabbit soup I had in Hebei Province. 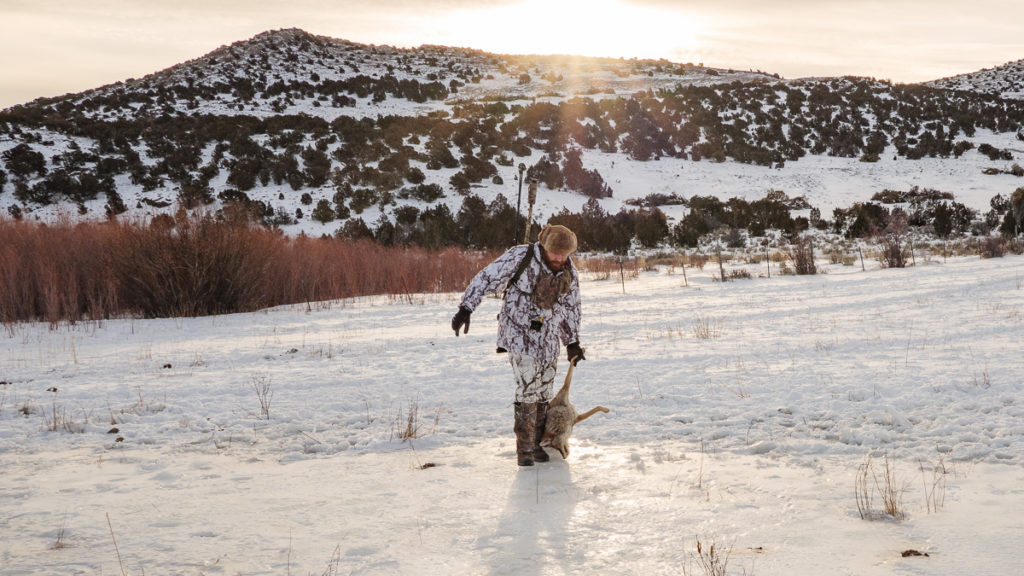 Coyote hunting is adventurous and keeps you hunting all year. When a coyote comes running in to your call, you forget the cold and discomfort in the excitement of the hunt.

The fact is, you just can’t trust hearsay when it comes to eating wild game – after all, most of the guys who won’t touch coyote also think pronghorn is disgusting (try this recipe). They think that coyotes eat carrion and so they must taste like rotten meat. Well, the fact is coyotes eat more seeds, berries, and live mice than they scavenge kills from other predators. Their meat is rich and tender and if you’re out there killing coyotes, I think you owe it to them to at least give them an honest taste.

As with all predators, your coyote probably carries trichinosis. When you’re third-grade teacher told you’d get worms if you didn’t wash your hands, she was talking about trichinosis. It’s a parasite that lives in animals that eat meat, like pigs, bears, mountain lions, and coyotes. Its offspring can grow inside you and make you sick if you don’t cook the meat thoroughly. Predator meat needs to reach an internal temperature of at least 160 Fahrenheit to neutralize the parasite.

If this grosses you out and makes you really not want to eat coyotes, then you should take pork off your menu, too, because pigs are also likely to have trichinosis. Basically, cook your food well, clean up your cooking area and tools and you’ll be fine. 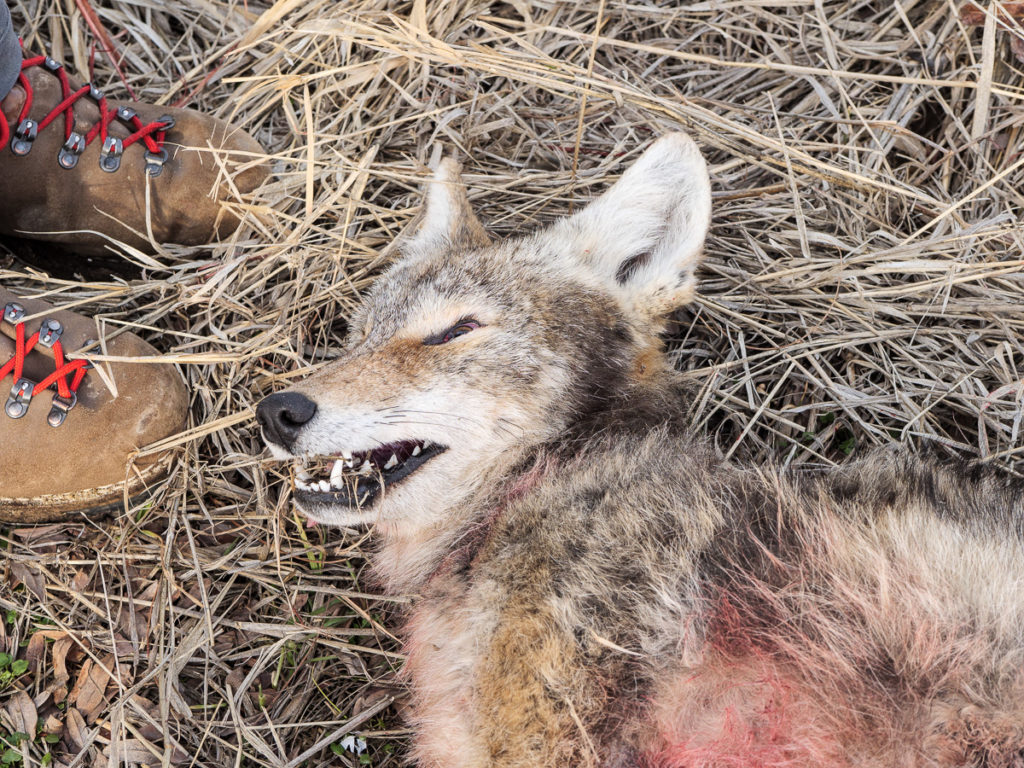 Even a coyote with mange is still ok to eat. Mange is the result of a mite that lives in the hair follicles, and it doesn’t affect the inside of the coyote at all. One symptom of mange is a splotchy coat with patches of fur missing.

One significant difference between eating pork and eating coyote is that pork fat doesn’t usually have an unappetizing aroma. Coyote fat, however, has a peculiar chemical-like odor, and it tastes the same as it smells. You need to remove all the fat and as much of the silver skin as you can so your meat doesn’t have that “off” flavor.

Start with the Straps

While the hams and shoulders are also good to eat, the back straps are easy, so if you’re going to give this go I’d recommend starting there. You can remove them with a gutless method. After you remove the back straps and trim the fat away, you’ll find that they no longer have that peculiar smell. They just smell like high-quality meat, and that’s exactly how they’ll taste.

Cut the straps crosswise into steaks about 1.5″ to 2″ wide.

Start by marinating your coyote for at least a few hours, and leaving it overnight or a couple of days is just fine, too. Make sure it stays refrigerated. Use your favorite red meat marinade, or try this in a zip-lock bag:

Use as much oil and vinegar as you need to cover the meat in the bag. Black pepper would be a good addition. Consider adding some cayenne, thyme or sage as well. remove from the fridge 30-60 minutes before cooking so it can come to room temperature. 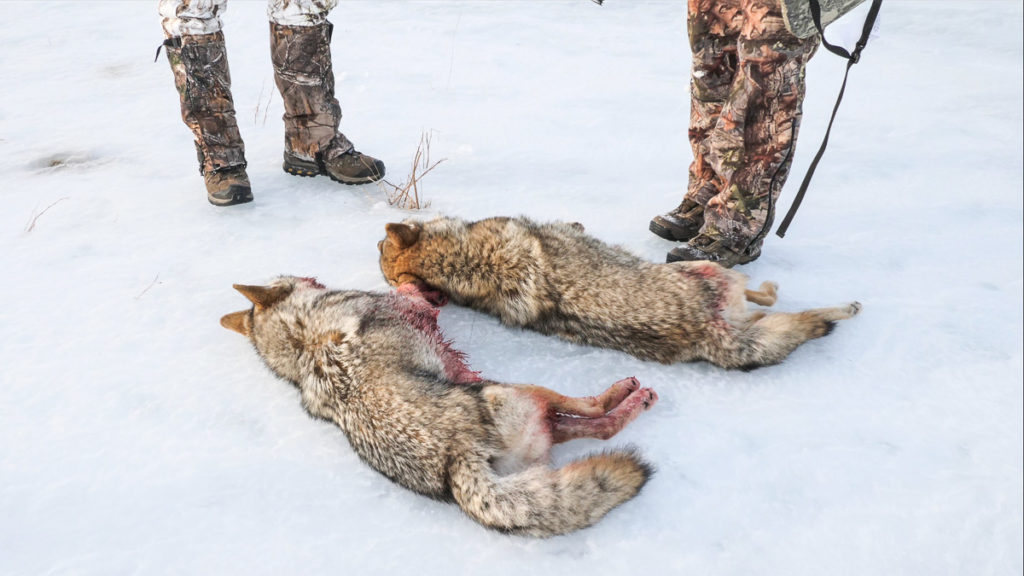 Fall or early winter coyotes have a pelt that is thick and soft and fetches a good price. After February, the long guard hairs (those black-tipped hairs on the back) start to shed and the value goes way down. But the meat is still good!

Over medium heat, let your pan get nice and hot so that even the rim is hot to the touch so that the pan will maintain its heat when you add the cool meat. Use some oil in the pan or your marinade.

Unlike steaks from elk or deer, don’t brown the outsides and eat the meat medium rare. Rather, cook them slowly and let the inside cook fully. Use a meat thermometer to ensure the interior reaches 160 degrees.

Now just slice the meat crosswise into strips and serve. This meat is great with street tacos or fajitas, and it goes nicely with some spice in chili. My kids even like it with a sweet-and-sour sauce served over rice. It’s got a rich, meaty flavor and a pleasant texture. It goes well with spicy sauces.

If you’re killing coyotes, I dare you to eat them. Treat them like good meat, and they’ll treat you well, too. Cook the meat thoroughly, but not too fast or it’ll become dry. Slice it thin and serve it in tacos, and I bet your friends won’t even realize they’re eating one of the most wiley critters in America. 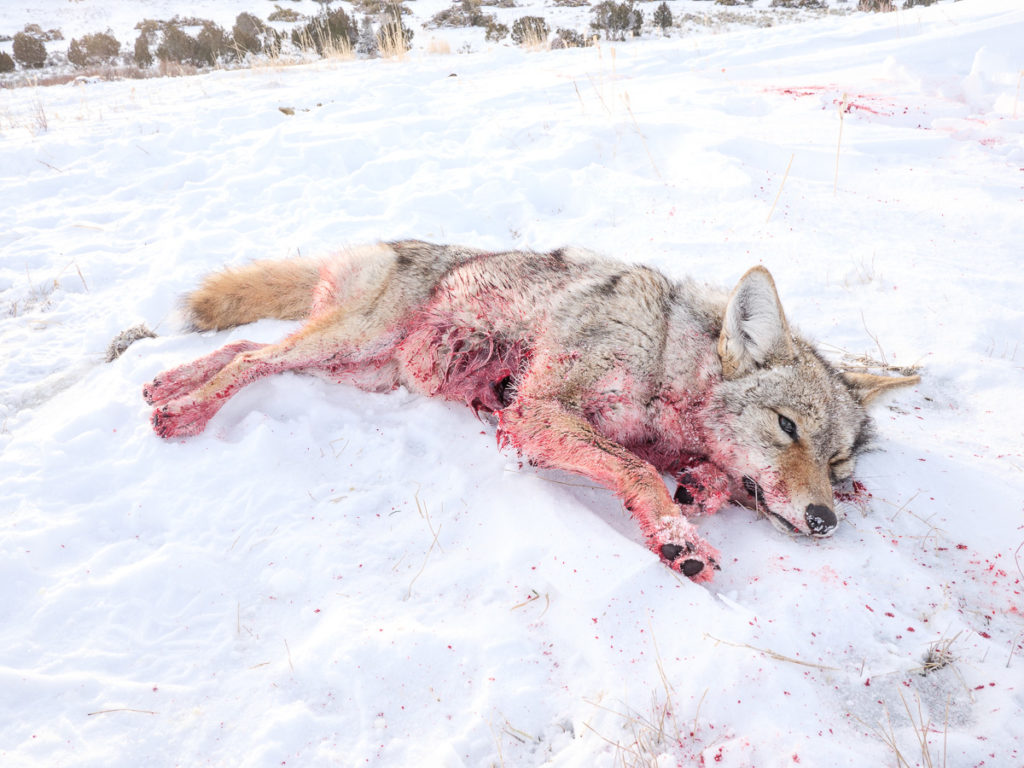 Coyotes are unique to America. They are fun to hunt, their pelts can offset your gas money, and there’s enough meat to keep you in tacos for a couple of weeks.

{ 39 comments… add one }
MENUMENU
Send this to a friend