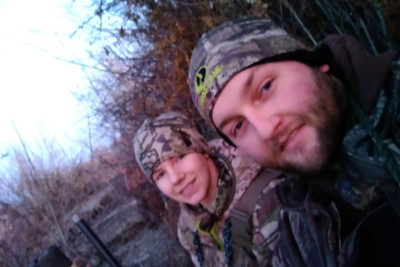 Cody Shipman (right) and Hayden James (left) have been hunting together since they were children.

Warning: The following contains graphic images that might be disturbing to some readers.

When Cody Shipman, 24, and Hayden James, 15, set out to hunt Mallards one frosty January morning on the Snake River in Oregon, they expected the excursion to end like any other: with birds in the boat. But what should have been a successful hunt turned near-fatal after a simple mistake left Shipman with a gruesome wound that’s taken four surgeries to mend.

The brothers have been hunting together for years. Shipman started pursuing birds when he was 10 and big game when he was 12, and James started tagging along as soon as he could. Suffice it to say, this isn’t a story about green hunters making rookie mistakes. 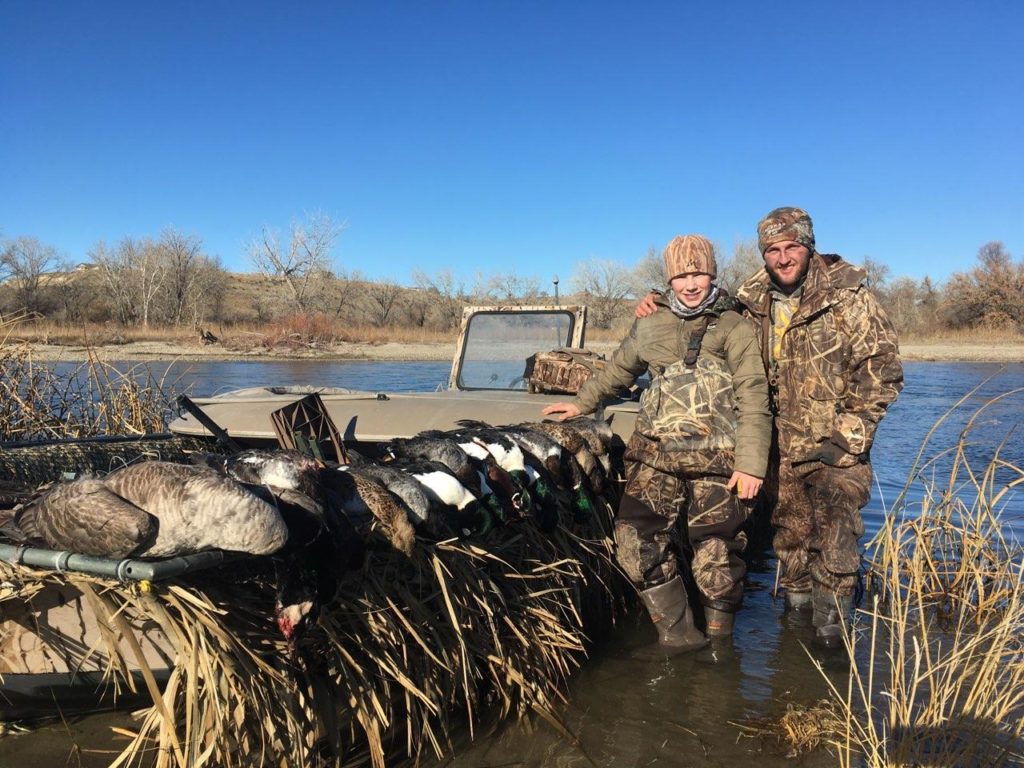 “Definitely a freak accident,” Shipman told me. “We’ve both hunted from the time we were able to, and he’s my little brother, so we grew up hunting together on top of that. It’s not like we were new hunting partners. Just one of those things, freak accident. We were laughing one second, and things got real the next.” 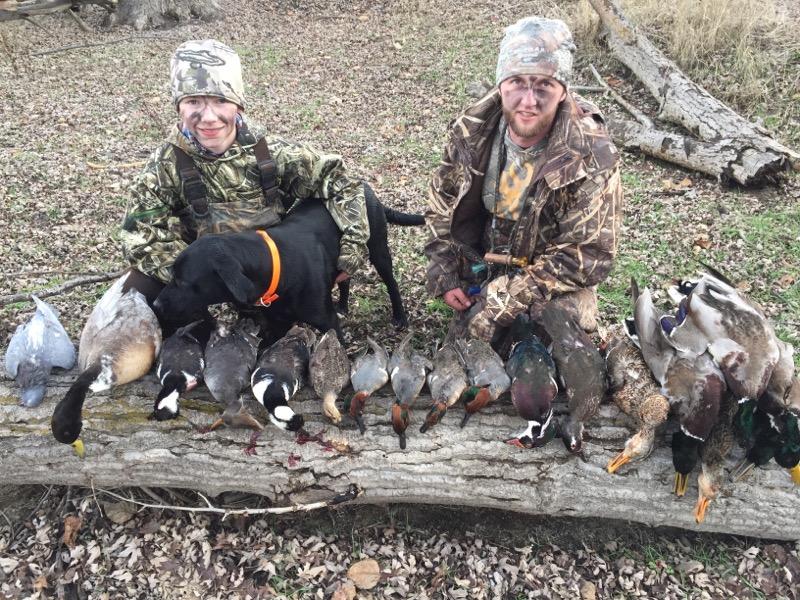 The brothers and James’ father set out from their home in Emmett, Idaho, where Shipman works as a painter and James attends school. They launched their boat from the ramp in Ontario, Oregon, around 6 am, and soon they had located some Mallards, set up their decoys, and started shooting.

“We were only there about 20 minutes, and we’d already had four or five flocks of birds come in,” Shipman said. “Hayden lost his balance when he was shooting because we were in the muddy brush. He tipped over in the water, and we were laughing and having a good time.”

That’s when things took a turn for the worse.

“I was kind of twisted and off balanced, so I fell backward,” James recalls. “We were laughing, and he went to grab my gun first, and then he was going to help me up, and when he grabbed it that’s when it discharged and hit him in the shoulder. It was still in my hand – I was still holding it.”

It was true. The misfire from James’s 12GA Beretta had taken a massive chunk out of Shipman’s shoulder, and with help a six-mile boat ride away, their situation wasn’t looking good.

James’s first worry was that his phone had gotten wet when his waders filled with water, but he soon fished it out, dry and functional, and called his father, who was with the boat. He then got on the phone with emergency dispatchers, who instructed him to apply pressure to the wound with something clean.

“But I didn’t have anything clean,” James said. So, he stripped off his jacket, sweater, and undershirt in sub-zero weather and used his undershirt to apply pressure to the wound.

As they waited for the boat to arrive, James said his brother stayed calm.

“He was doing good the whole time. Really calm, given the circumstances.”

Shipman said the injury hurt, of course, but the experience wasn’t as bad as he would have expected.

“To be honest, it wasn’t that bad,” Shipman recalls. “It may have been just from the shock. My fingers were tingly and my shoulder throbbed. It hurt, don’t get me wrong. But it wasn’t as bad as I thought it’d be.”

James continued to apply pressure as he sat next to his brother on the ride back to the boat ramp, where an ambulance was waiting to take Shipman to the hospital.

“I was just really shocked. I was freaking out,” James said. “I was crying on the boat ride back. It was scary.”

Doctors had to perform three surgeries to remove the birdshot and dead tissue from Shipman’s wound. The hunter lost two-thirds of his deltoid muscle, but the shot didn’t hit any arteries or bones. Shipman was still hooked up to a wound vac when GunsAmerica spoke to Shipman in February, and he was waiting until the wound had healed enough for doctors to perform a skin graft. He won’t be able to start physical therapy for several more weeks.

The shells were 3-inch magnums with steel 3 shot out of a full choke. 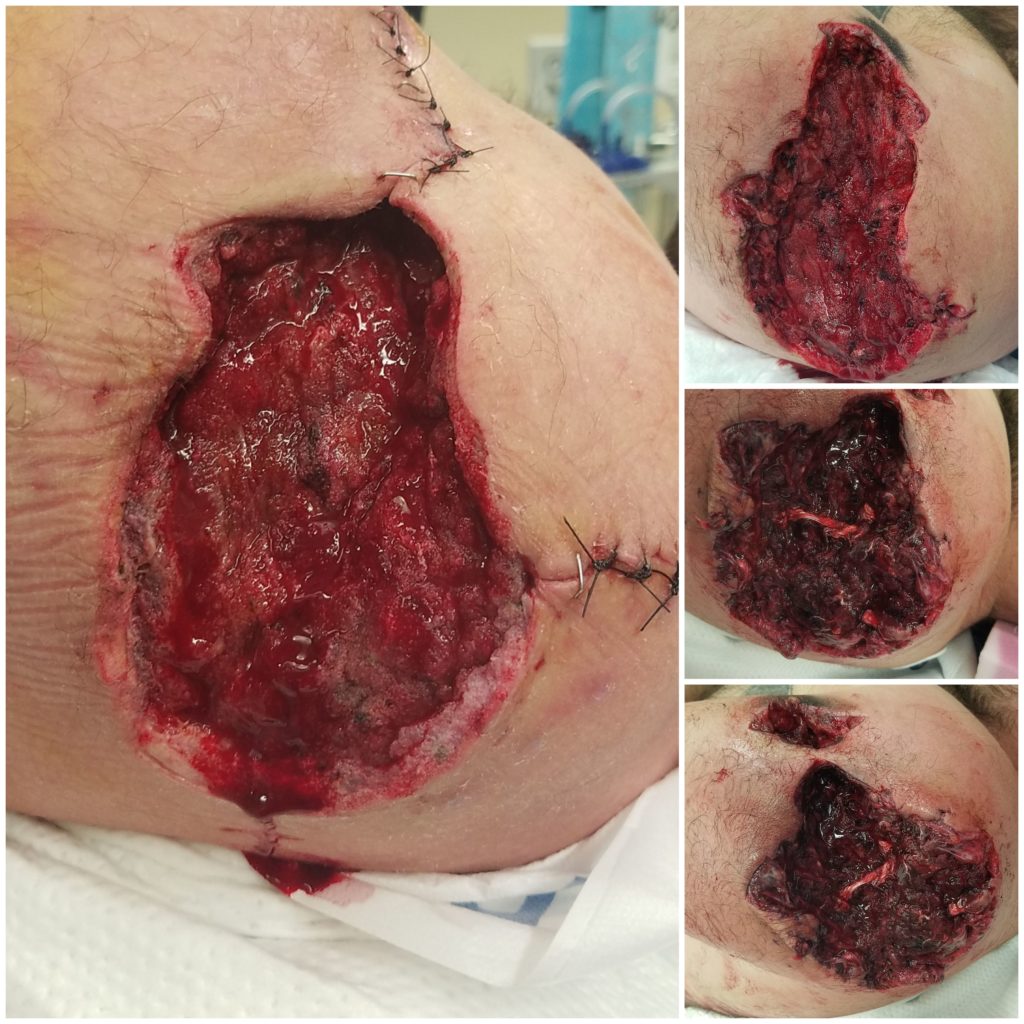 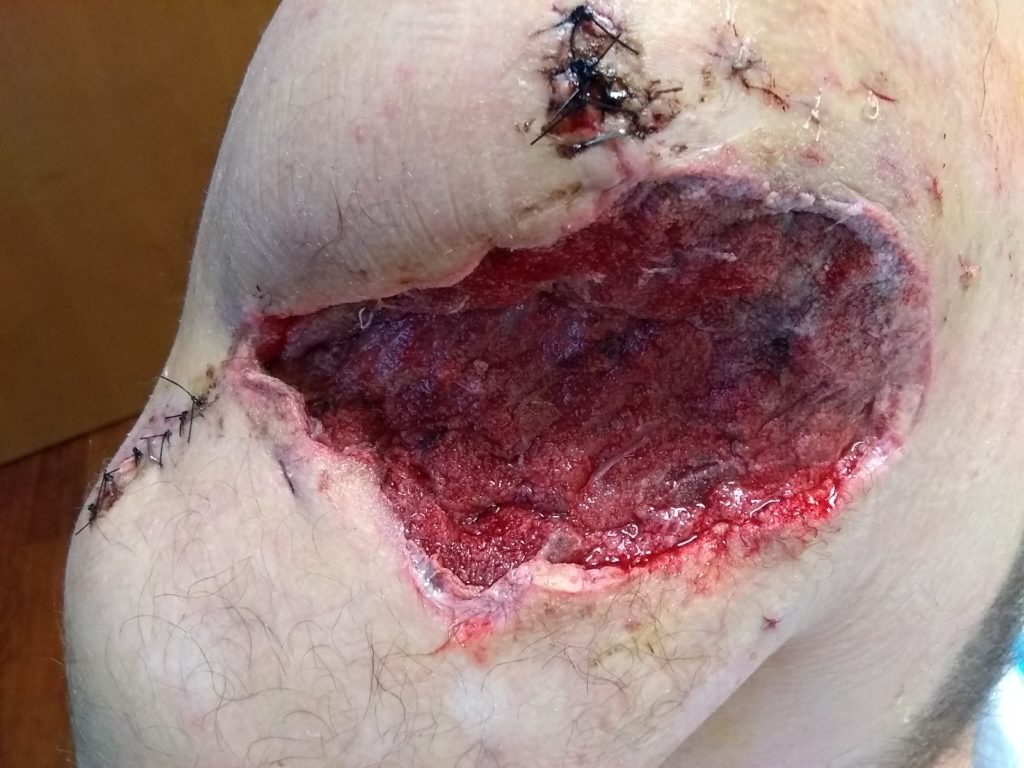 Shipman had some advice for hunters who want to avoid a similar situation.

“Always communicate,” Shipman said. “I’m sure I’m not the only person who has ever been shot this way. If I could think of one way to avoid it in that situation, it would be communication.

“You’re excited. Birds are coming in. Communicate and always watch where your barrel is pointed. That way they know their hand won’t be on the trigger. They can put it on safety first.”

James echoed his brother’s advice and added a piece of his own.

“We could have prevented that so many different ways. If I had just flipped my safety on. All that goes back to, I think, don’t get too comfortable.”

When asked whether he planned to hunt again after his recovery, Shipman didn’t hesitate. 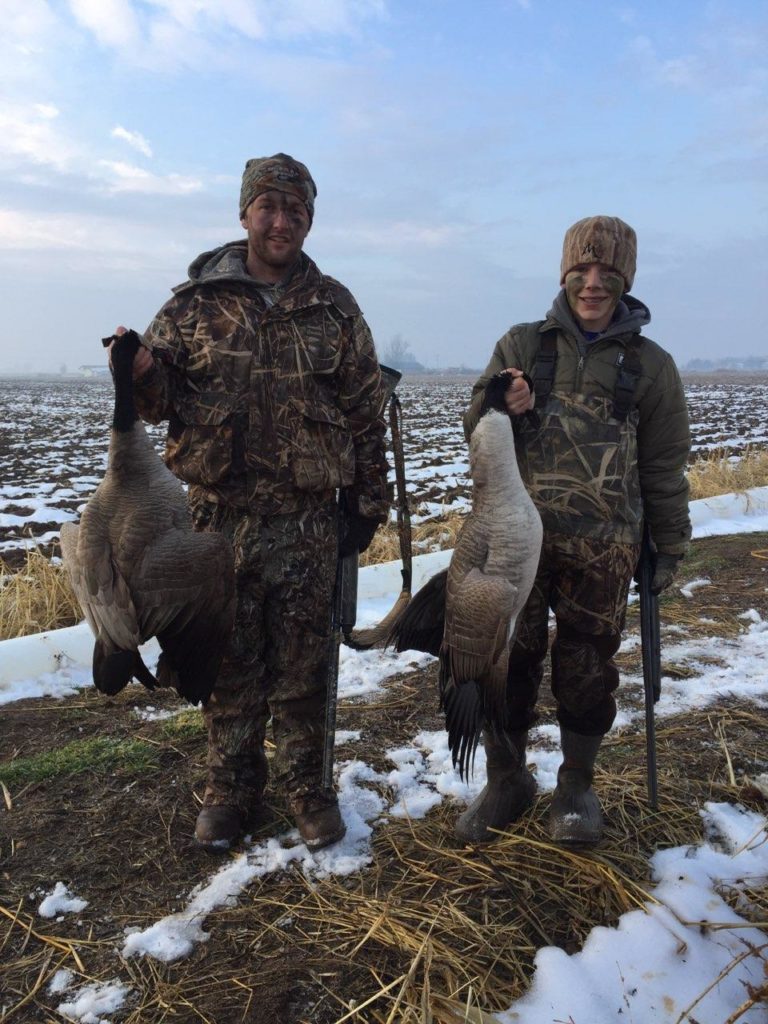 GunsAmerica reminds all shooters and hunters to memorize and follow the four safety rules:
1. Treat every firearm as if it were loaded.
2. Keep your finger outside of the trigger guard until you are ready to shoot.
3. Always keep the muzzle pointed in a safe direction.
4. Be sure of your target and be aware of what is beyond it.

{ 50 comments… add one }
MENUMENU
Send this to a friend