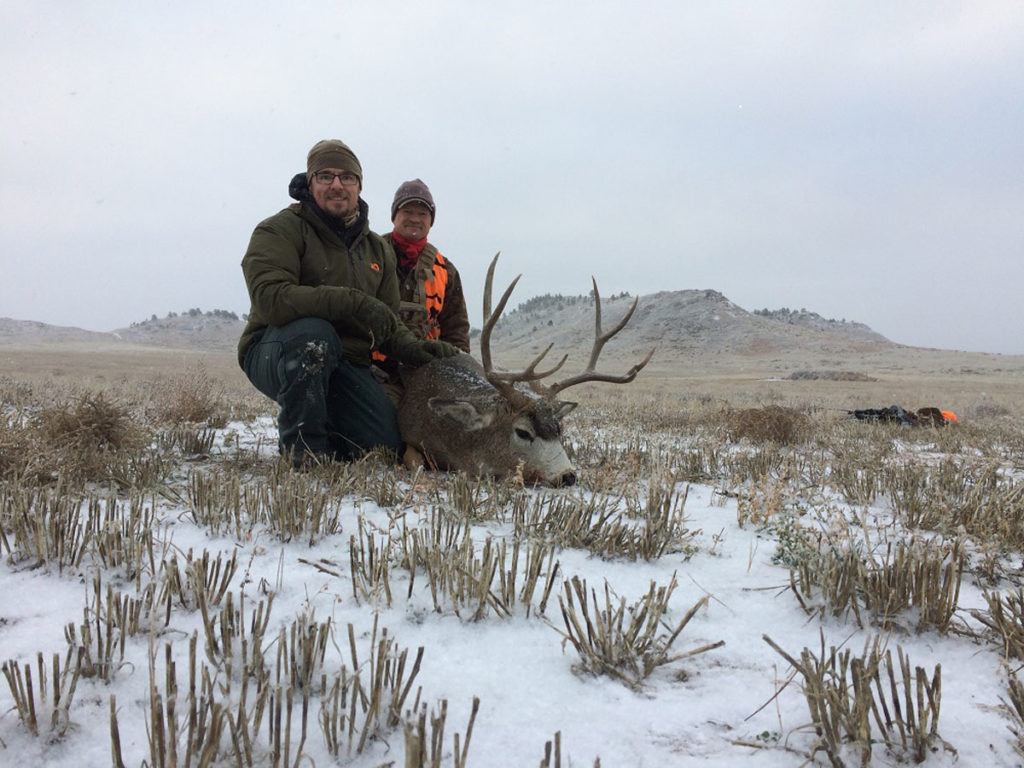 The author and his father with a Montana mule deer.

I had the opportunity to try out some First Lite gear this fall and couldn’t wait to put it through its paces. Until this year, I had only owned one piece of their clothing and had about loved it to death so I was anxious to see what the folks at First Lite had been working on. With several deer, antelope and elk hunts planned for the fall across Montana, I was confident I could put it through the wringer and see how the different pieces performed.

First Lite has been making gear for the outdoor industry since 2007. Established in Ketchum, Idaho, they have become and continue to be a major player in the western hunting world and beyond. The company also practices what they preach. From their website:

“First Lite strives to be a fully authentic brand. In the fall, employees are encouraged to take off to go hunting. Indeed, sometimes the office seems a bit empty during the season. But we think of this as more than skipping out on work to chase elk; it is a calculated business decision. We believe that you cannot fake the real thing.” 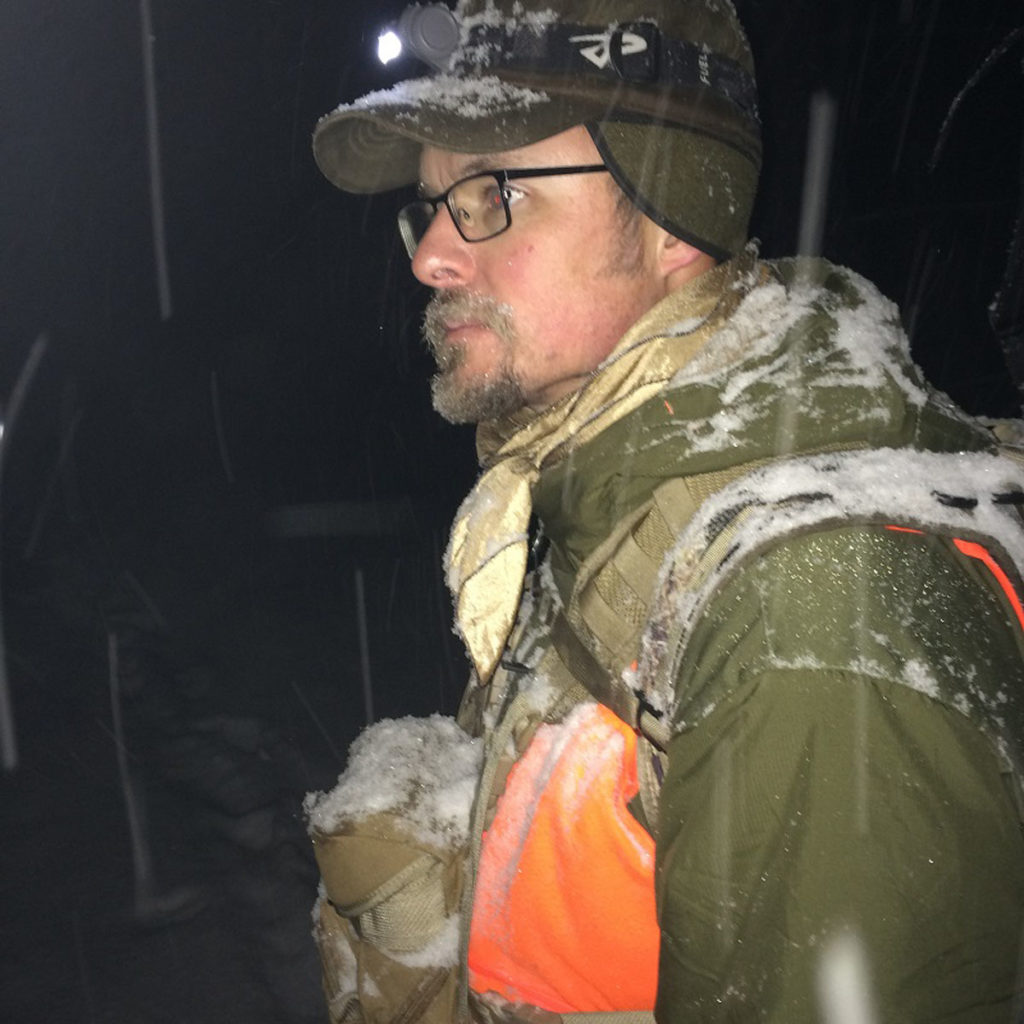 Mid-snow storm, the author testing out the Uncompahgre Jacket on an elk hunt.

The timing was great when the box containing a set of Fuse Base Layer-Lightweight 200s as well as a Uncompahgre puffy coat and pants set showed up at my doorstep. I was heading out for an afternoon elk hunt so a quick change of clothes and I was ready to hit the mountains. I had read up on the Fuse base layer and I had some ideas I wanted to try out before the general rifle season was over so I grabbed an extra coat, threw it on under the puffy when I left the pickup and headed uphill. I was sweating profusely when I hit the ridge top but I wanted to see how fast the base layer would dry. I was pleasantly surprised after sitting and glassing for 10-15 minutes that I was noticeably drier already and comfortable as I had gone from the heavy exertion of climbing through the snow to sitting on a ridge top without having to shed or add any layers. The Uncompahgre lived up to it’s billing as well as I hunted through the afternoon and evening in a cold front that pushed in heavy wind and snow, I stayed dry and comfortable throughout. I found the cut of the sleeves and hood well thought out, covering everything without being in the way. The pants were warm and light, suited well for an extra layer to throw on for an evening glassing session although it would be handy to have belt loops on them in case you had to move quickly or even wearing around camp. 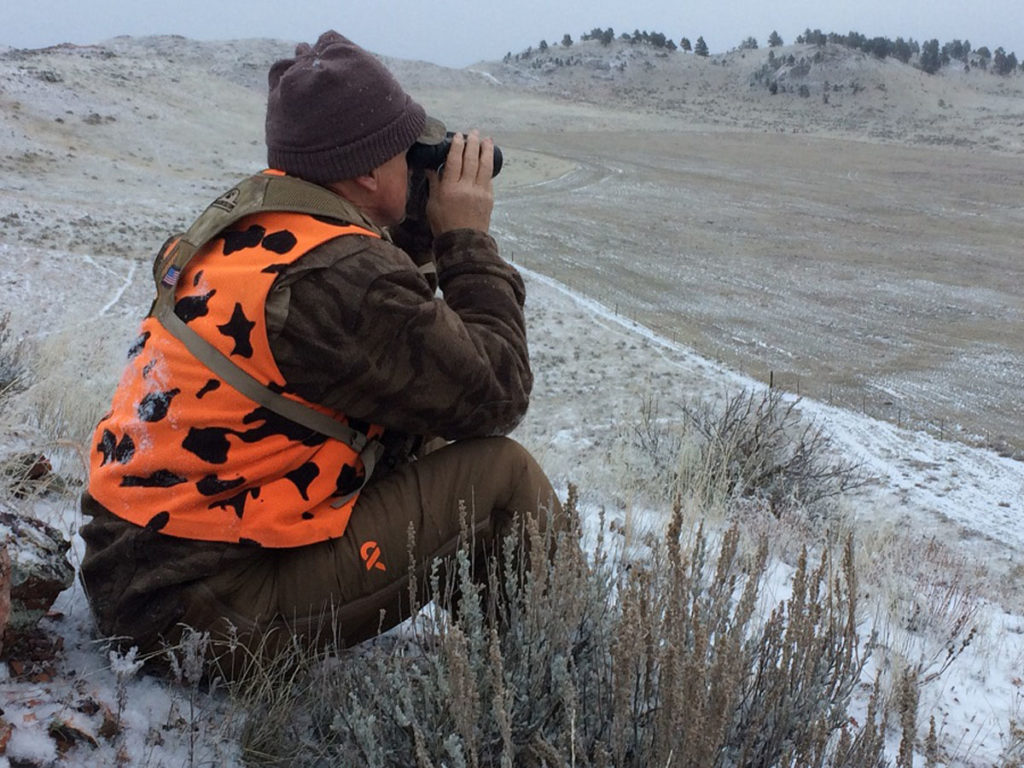 Utilizing the Uncompahgre Pants on a cold morning deer hunt.

After a couple days of hunting, I pushed the pause button on elk hunting and headed to eastern Montana for a deer hunt that included weather from 50 degrees and sunshine to 5 degrees, snow, and wind. Wanting to test out the ability of the base layer to stay odor-free, I hadn’t washed them yet and put on the third, fourth, and fifth day of hunting in them. I conceded after the fifth day when I got home from deer hunting and my wife claimed I was starting to smell but was impressed at how much hunting I got out of them before they reached that point.

If you haven’t tried the Fuse base layers I would highly recommend them; the range of temperatures they keep you comfortable in, from loading elk quarters on a horse in the snow and then sitting in the saddle for three hours or hiking up a ridge then glassing, is amazing. You couldn’t go wrong with the Uncompahgre jacket or pants either. I was worried the jacket would tear but several stalks on my stomach and elbows and riding through the timber horseback haven’t ripped it yet. The pants have a couple of small holes from walking in sagebrush with them on but, if used for the purpose intended, add a warm, wind resistant layer that weighs in at just over a pound. 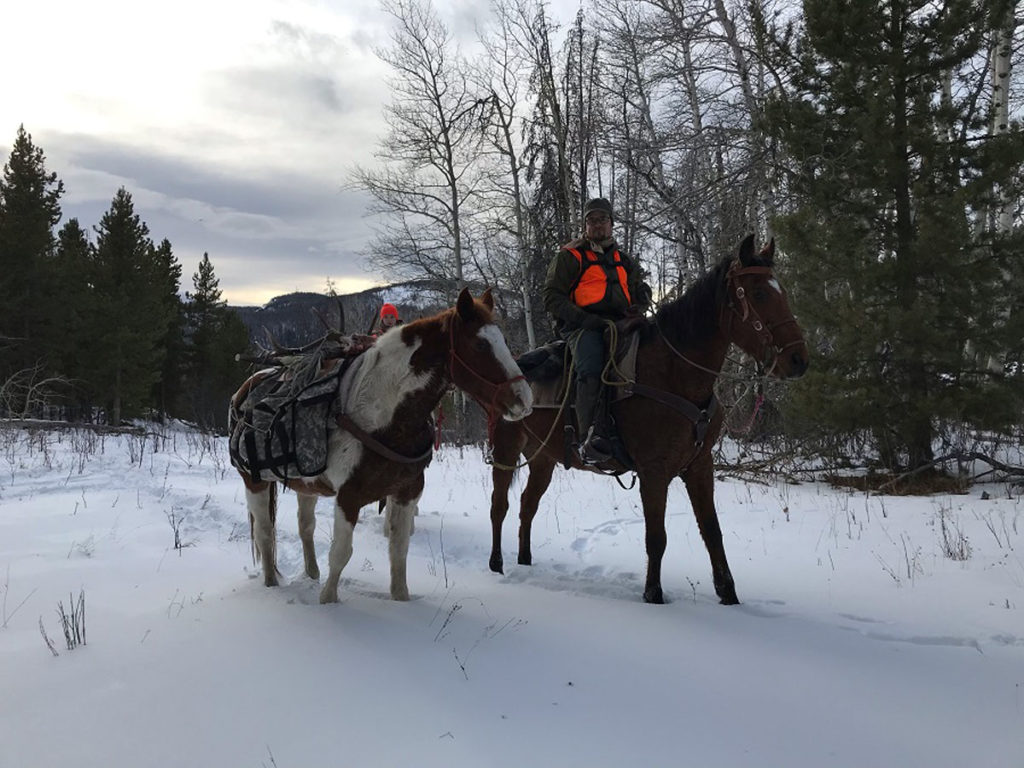 The author and his son packing out a bull elk, the base layers shone on hours in the saddle without much movement, as well as the activeness of elk hunting.

All things considered, I put the First Lite gear through a significant range of field testing, from deer on the prairie to elk in the mountains, and was very happy with the performance of all of it. Not only did it live up to the claims, but it also exceeded my expectations.