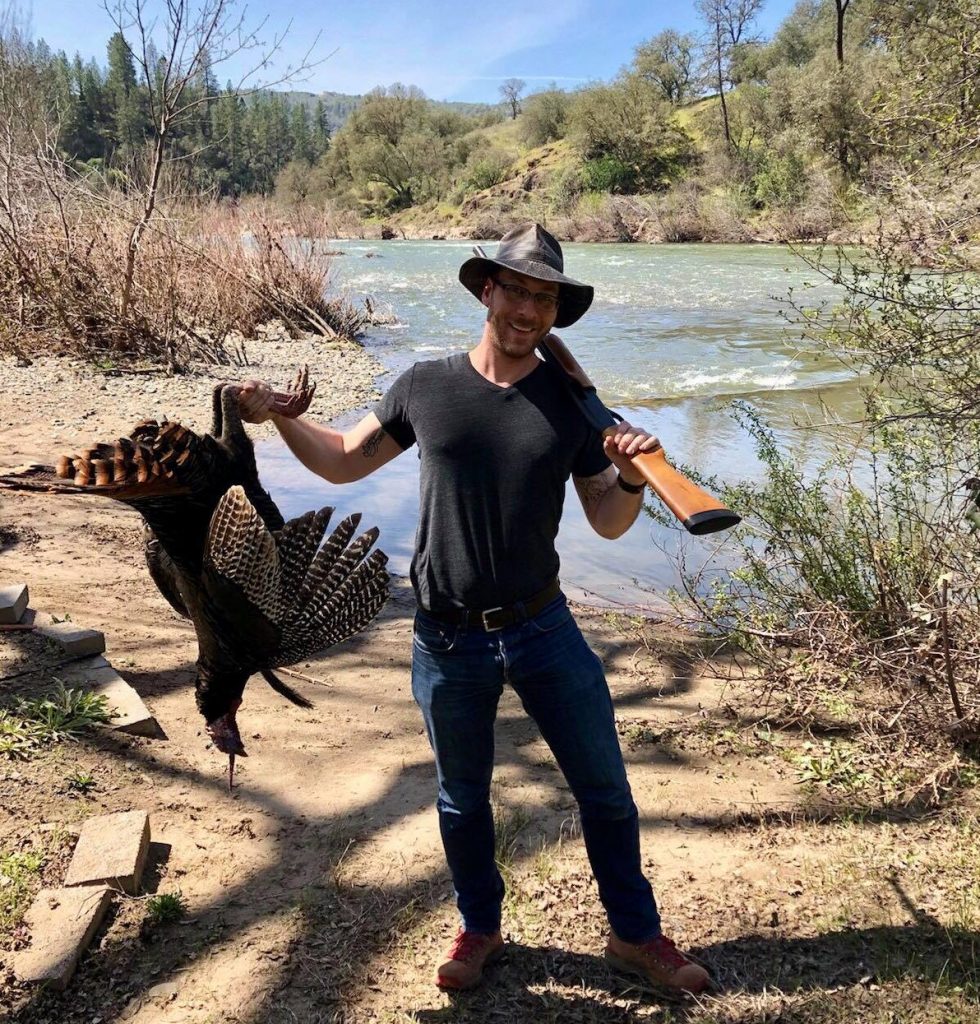 Theodore Dziuba posing with the gobbler he took for Easter dinner. This photo caused Google to ban his ad. (Photo: Theodoredziuba.com)

Theodore Dziuba is a Republican running for the state Senate in California’s first district. One of the major issues in the campaign is gun rights, and Dziuba is pro-gun.

“I am a proud gun owner, and defender of the Second Amendment,” Dziuba states on his website.  “I enjoy hunting and shooting sports, and I have a concealed-carry permit to protect myself and my family.  The Second Amendment is a right.  Yet every year, without fail, California takes more of our gun rights away, telling us what we don’t need.  It’s time for this nonsense to stop.”

As part of his campaign, Dziuba ran an advertisement on Google.  The ad included the word “gun” in it and linked to the campaign website which included a picture of Dziuba holding a wild turkey he had legally taken on private property with a Remington 870 20-gauge shotgun.  The gobbler was ultimately eaten by Dziuba and his family for Easter dinner.

“According to Google’s policies, this photograph ‘promotes cruelty or gratuitous violence towards animals,'” Dziuba explained on his website.  “Any hunter will tell you that’s complete nonsense, and that sportsmanship means taking game cleanly, without suffering.”

Dziuba tried to run other ads on Google with mixed results.  The ads included:

It appears that Google will ban any advertisement that includes the word “gun” in it, but will approve ads that reference the Second Amendment.

The Mountain Democrat reports that “there is apparently no way to speak to an actual Google person to respond to a few questions about their ad policy.”

“There also seems to be no good way to reach the CEO of Google, Sundar Pichai, although a search for that very man will get you an impressive series of items regarding how to go about connecting with CEOs, in general.  No way to Google how to reach the top guy at Google, unfortunately,” the Mountain Democrat reported.

Ironically, Dziuba interned for Google when he was younger.  “The cruel irony is that when I worked for Google, managers would tell us, over and over, ‘Don’t say or do anything publicly that you wouldn’t want on the front page of the newspaper,'” Dziuba said.

Previous post: Muck Boots: An In The Field Review