I’m not one to rely on a piece of untested equipment on a hunt unless I have a backup for it, therefore I started the fall hunting season with the Havalon Evolve multi-tool and Rebel in my pack, backed up with a couple of other skinning knives I had used previously. I was anxious to see how they held up over the course of several months of hard use, with Alaska’s and Montana’s big game seasons as the trial runs.

The Evolve Multi-Tool is a sleek, meat-and-potatoes unit, having the basic capabilities one would expect on a multi-tool without going over the top with rarely used accessories. Weighing in at 6.6 ounces, it includes the well-known Havalon replacement blade receiver which accepts a 60A knife or saw blade, a fixed gut hook, pliers/wire cutter, universal bit driver and storage for two ¼ bits. It has a belt and carabiner clip for carrying options. The Evolve also comes with a zipper case, a reversible flathead/Philips bit as well as six replacement knife blades and two saw blades. 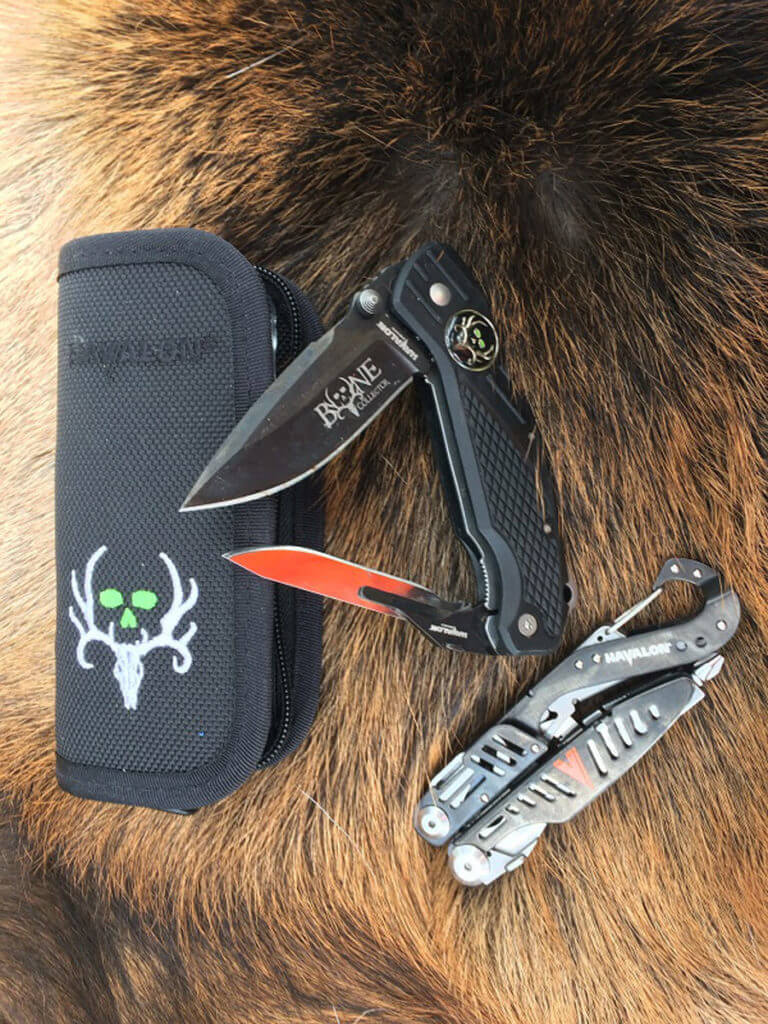 The author opted to use one zippered case for the replaceable blades for both tools and carrying the Evolve to save space and weight.

The Rebel became my go-to knife by the end of hunting season. Its sturdy makeup and well thought out design made it an indispensable part of my gear list. The handle is fiberglass-reinforced nylon with injection molded nylon scales and rubber checkered grips, making it easy to hold onto with a gloved or wet hand. One of my favorite parts of this knife is the drop point folding blade, made with AUS-8 stainless steel. When the skinning was done with the replaceable blade knife and a stiffer blade was needed to pop the atlas joint or open a brisket, I simply flipped the knife over, opened up the other blade and finished the job. No breaking replaceable blades or switching to a different knife, which I found extremely useful given my tendency for setting things down and forgetting to pick them up again. I used the Rebel to skin, quarter and debone numerous animals ranging in size from pronghorn and mountain goats to mule deer and bull elk. The only time it was seemingly over-matched was when I was removing the neck meat off of an elk and the replaceable blade hung up in the meat several times, though I simply flipped the knife over to the other blade, finished the neck and went back to the other blade without losing any time. The Rebel weighs just over six ounces and comes with seven replaceable 60A knife blades and two gut hook blades in a zippered carrying case. 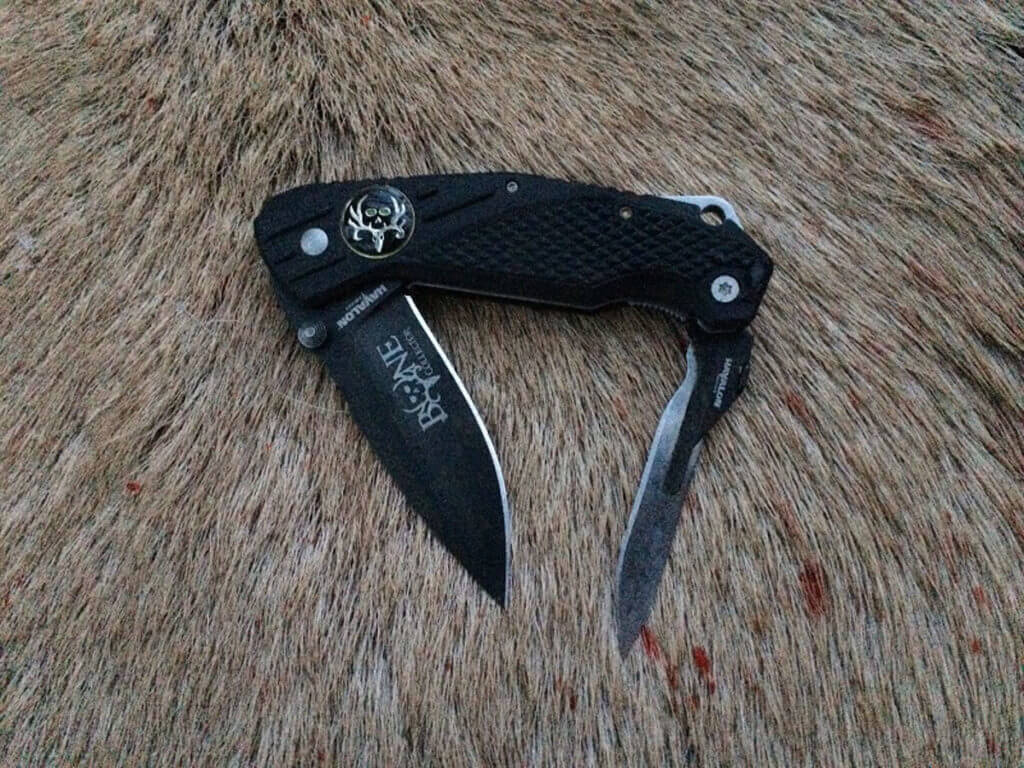 The Havalon Rebel about to be put to good use.

I carried the Evolve and Rebel on a Dall sheep, mountain goat, and moose hunt in Alaska as well as deer, antelope, and elk hunts in Montana. I was very happy with their performance by the end of the season. I’ll be carrying them again next year when it’s time to head to the Great Land, no backup knives needed though.