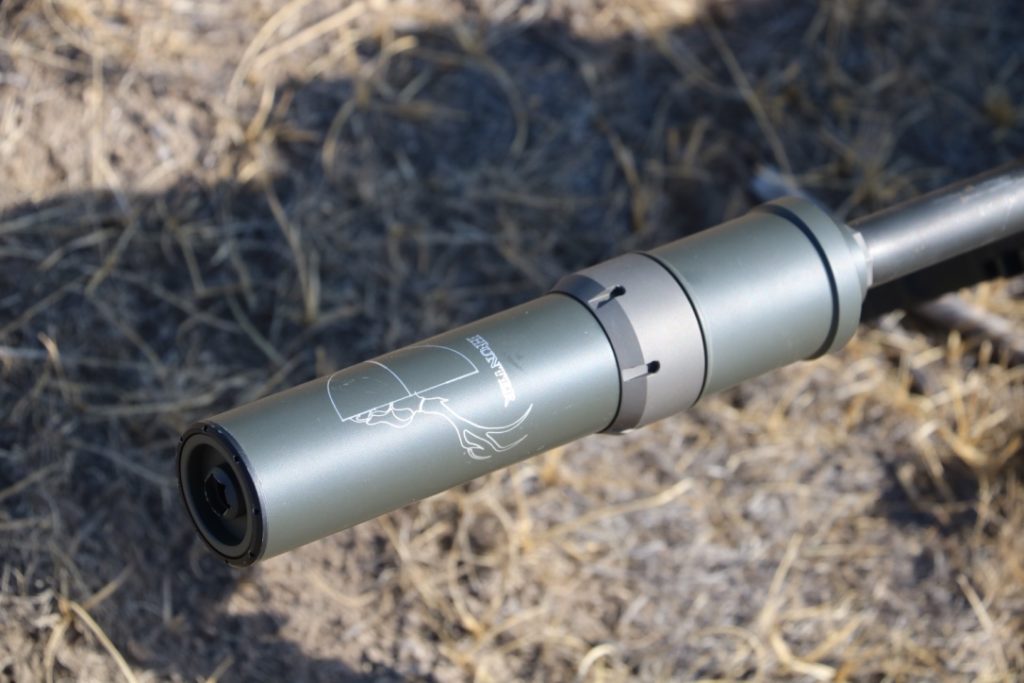 New Hunter can by Stinger Worxs

This week, we are taking a look at a suppressor specially built for the hunting market. As hunting with suppressors has grown in popularity, we have seen a few attempts at cans aimed at sportsmen. However, most are still trying to fit a tactical grade device into a hunting role. The problem is, that fails to address the most fundamental needs of the hunter. 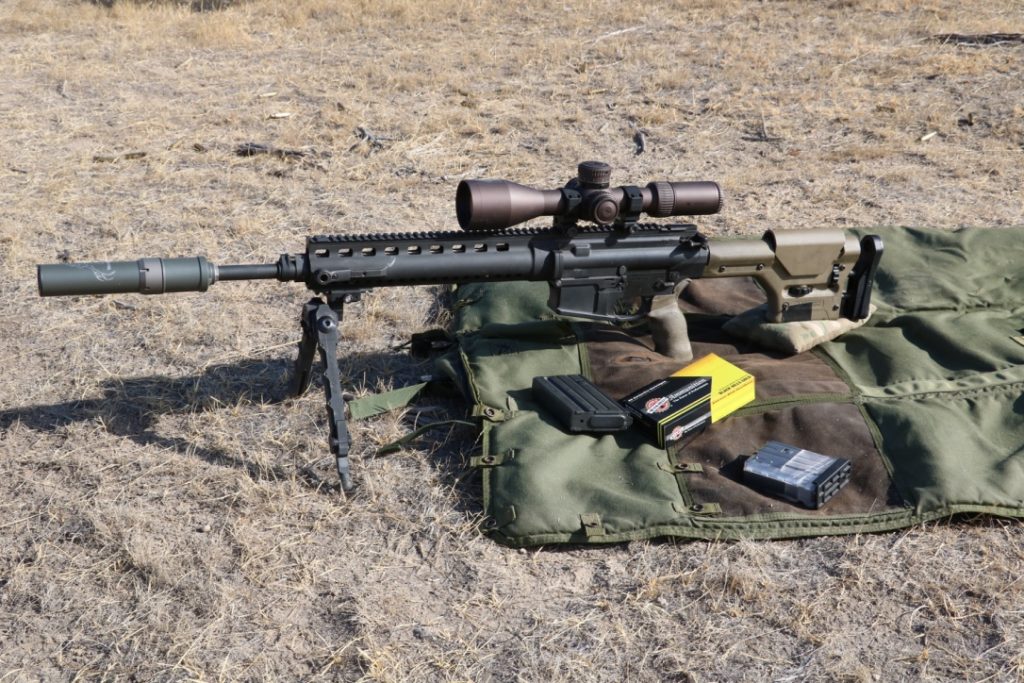 Not exactly the intended use, but good for testing day

When you are out chasing game, what is the number one issue—especially if you hunt in mountainous terrain like a lot of us here in the West? Hands down, the problem is weight. Every ounce counts at 6,000 feet and climbing, with an elk herd staying one step out of reach. This is the number one consideration of the new Stinger Worxs Hunter. 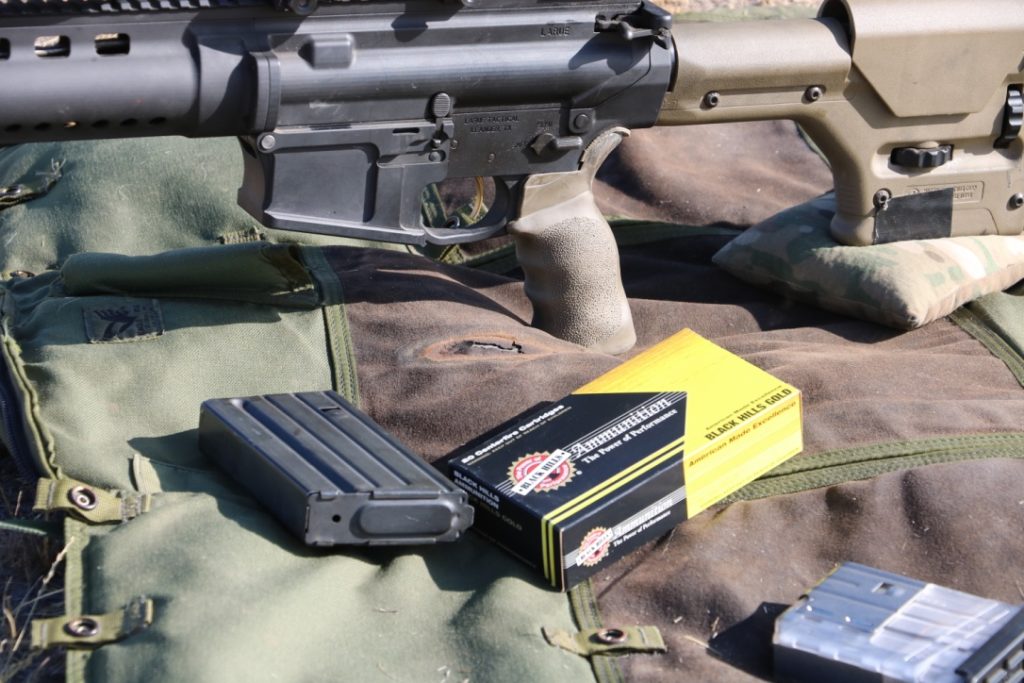 For most applications, you would be a fool to buy a suppressor with a baffle stack made of anything besides steel or titanium. Some of the better rimfire suppressors on the market are aluminum, but that is a different animal. When we are talking about Centerfire rifles, Inconel and TI rule the day. But, what is unique about a hunting rifle, besides the weight as the highest priority? 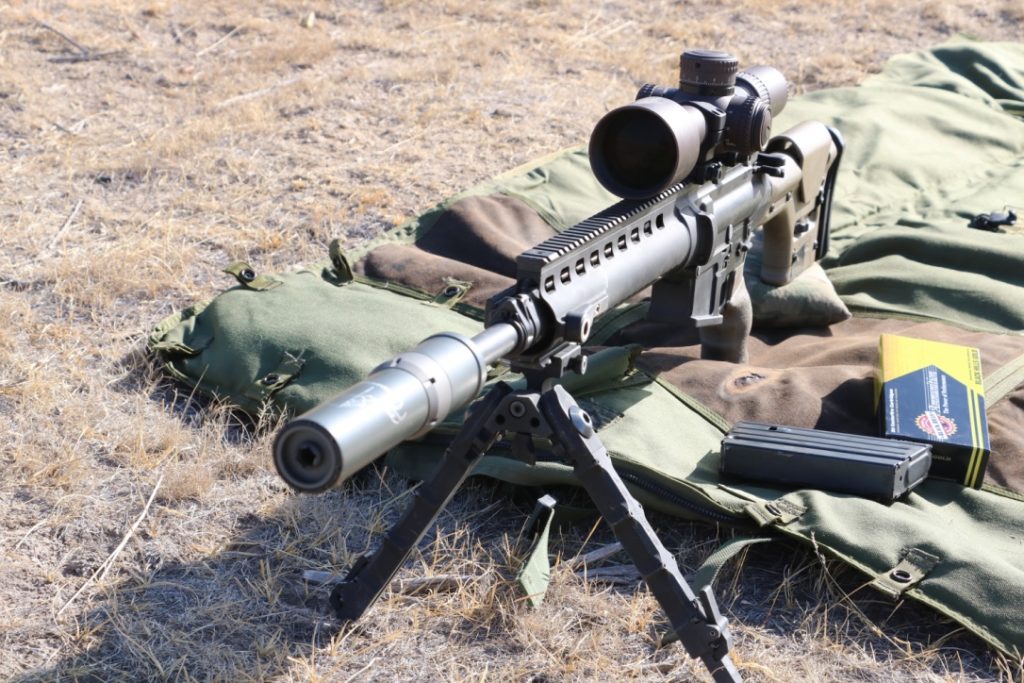 The fact of the matter is, you probably don’t shoot it that much. I have a lightweight .300 Winchester Magnum that is my go-to mountain gun. It will harvest anything in North America, and it is a great little gun. But is it fun to shoot? No, no it is not. Rare is the day I take it to the range for practice, that is just not its role. How many of us still have the first box of .300 Weatherby or .300 RUM that we ever bought? 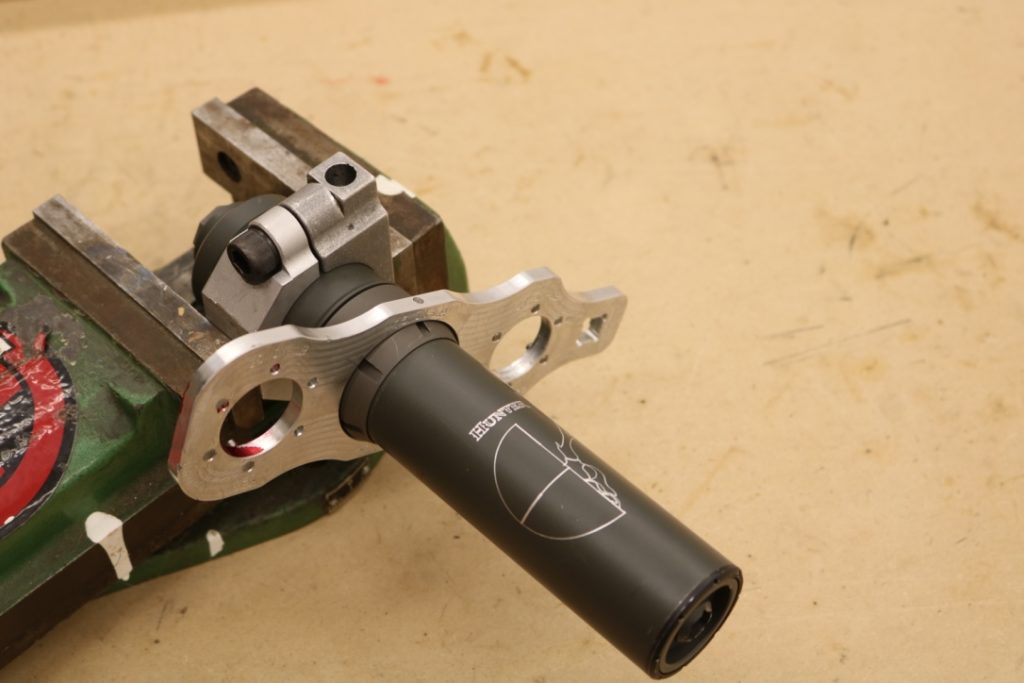 All that together means that the baffle stack probably doesn’t matter that much for round count. And this is where and why the Stinger Worxs can shines. It has an all aluminum baffle construction, including the blast baffle. It costs MSRP $575. It is rated to .300 Win. Mag. And it only weighs 9.2 ounces. 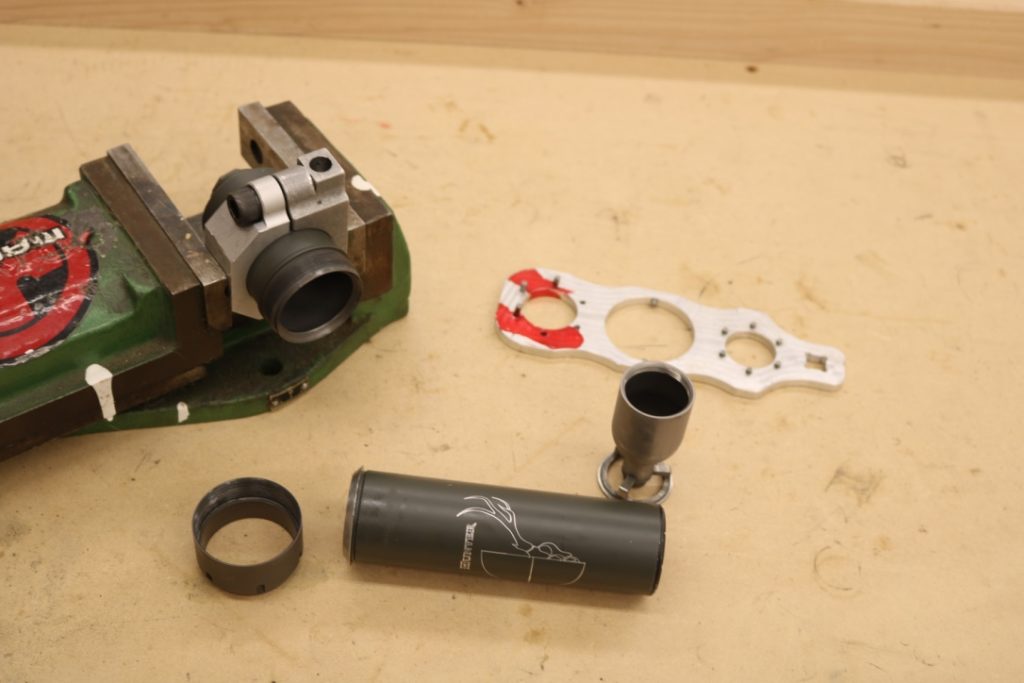 The big key with aluminum baffles is erosion resistance and to a lesser degree heat resistance. Both of these are negated in a low round count hunting rifle. Aluminum doesn’t wear as well as Inconel or Titanium, and this can would be out of its league at a PRS match or training class. But for a hunting rifle that sees a box of 20 every year? Easy day. 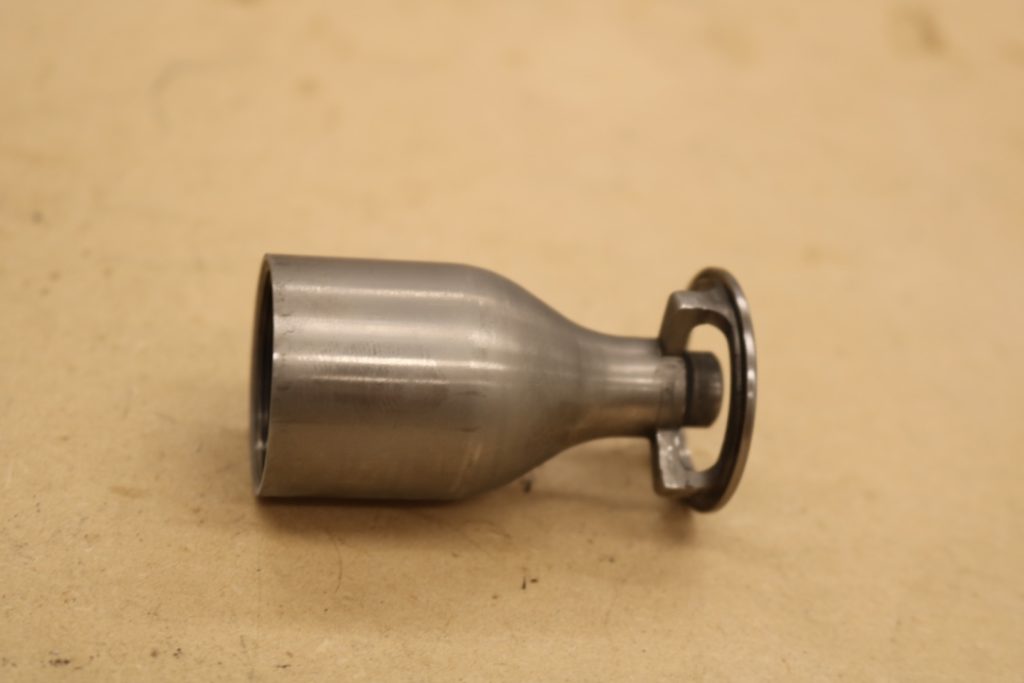 The same applies to the heat issues with aluminum. For most of us, on the hunting gun, the heat build-up never happens. We confirm zero with three rounds, and then never shoot more than two at any given time on the hunt. I wouldn’t want to shoot this can over about five rounds max in a row, but for the job, I don’t need to. 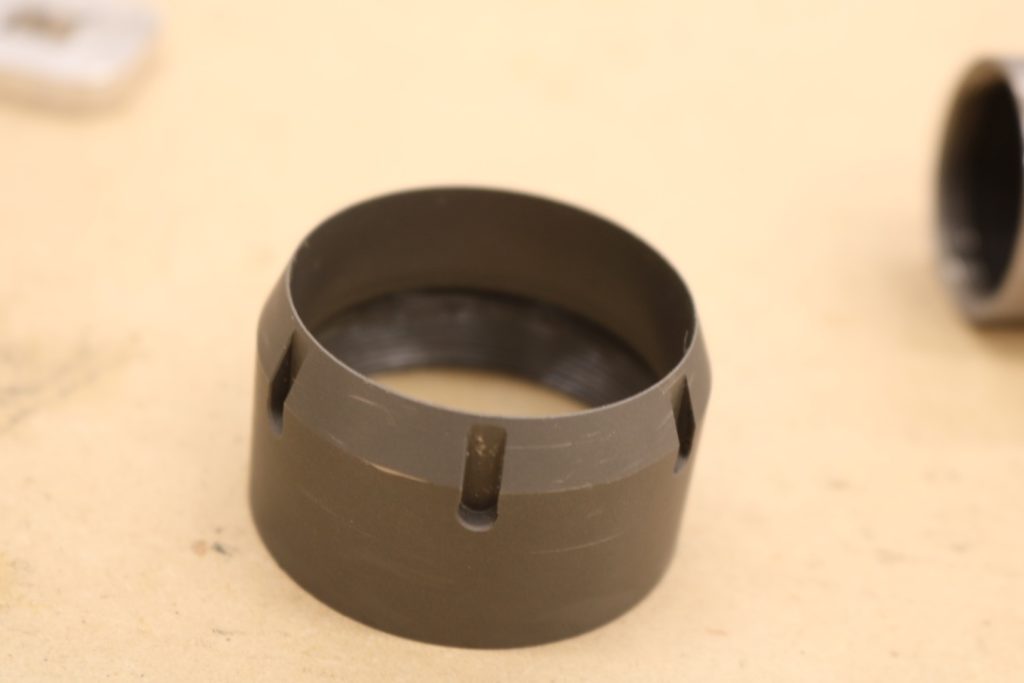 The other really nice detail about this can is the construction. Stinger Worxs isn’t exactly new to the suppressor game. In fact, the shop was the actual component manufacture for one of the big names in suppressors for years. Seeing the weaknesses in suppressor design, a few years back they came out with their own line. The Hunter shares all the same great design traits as the Stinger Worxs Emperor Series.

Tools are not included in the Hunter line but are available from Stinger. Or, if you have Emperor cans, the same tools work on this one. The can is fully user-disassembly capable, a nice solution for cleaning. The other side benefit is that if you do manage to wear out the baffles, Stinger can replace them without issuing you a new serial number and tax stamp. The patented attachment for the can is either direct thread, or muzzle brake QD, and can be swapped. Overall, the Stinger Worxs cans are the most modular on the market, right up to the edge of ATF regulations.

It is nice to see a product made specifically for the hunters with their needs in mind. If you have never used a can for hunting, I highly recommend it. Just the ability to shoot without the need of hearing protection is worth the investment. If you live in one of the 34 states where suppressor hunting is legal, this one is made for you.

I’ll add that if you are hunting hogs, I strongly recommend the Emperor line instead, which is full auto rated. Hogs are the only animal that has ever forced me to transition to my sidearm, which still wasn’t enough for the entire herd. Few are the hunting scenarios that result in a bolt-locked AR and slide lock reload on the 40. But it does happen. For normal hunting, I can strongly recommend the new Stinger Worxs Hunter.