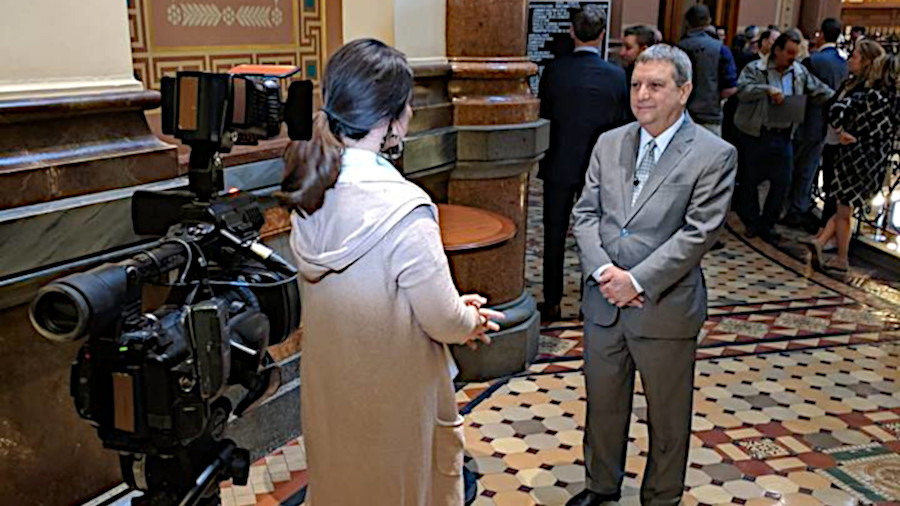 Iowa legislators are holding a hearing about a bill that would make it legal to hunt geese on some private property. The bill provides some restrictions and does not allow any goose hunting on state land and goose refuges and it forbids hunting for profit.

“I don’t want to make them extinct by any means.” said Sen. Tony Bisignano. “I find it unsanitary, inconvenient, at best but it is really getting disgusting.”

Bisignano says he wants hunting to help reduce the amount of mess left by native and migratory geese. A visit to his son’s grave is part of why he proposed Senate File 521 in the first place.

“They defecate all over the graves and the grounds and the sidewalks,” he said. “We need to open the discussion on how to decrease this population.”

Senate File 521 passed the Iowa Senate 39-9 and faces a house vote next. “I hope they realize the problem,” said the senator.

Some opponents of the bill come from bird hunters who say the proposal doesn’t go far enough; they argue hunters should be permitted to clear overpopulated areas specifically. The way the bill is written cities can put their own restrictions on hunting that supersede the new exceptions.

Still, some goose hunting rules could change as the bill also commissions a goose hunting study to determine the impact of these changes.

The results of the study will be used to tailor-fit goose hunting restrictions to better serve Iowans while maintaining healthy populations, if the bill is passed. Currently, the way for Iowans to deal with geese is to call wildlife management.

“They are a game animal, so they are federally and state protected,” said Department of Natural Resources officer Aron Arthur. “We have four or five officers and that is their job to take care of nuisance animals like geese.”