When most people think about hunting mule deer in Colorado they think about early archery seasons at high altitudes, or rifle seasons picking out big bucks from between the aspens. Those are both great ways to hunt big bucks in some beautiful country, but if you want an opportunity at some amazing white-faced mule deer I would recommend an overlooked area: the plains.

I look at the plains as a vast ocean of sage and cactus where it’s up to you to find the islands that hold wildlife. It can be very challenging, but ultimately rewarding. At first glance, the sagebrush flats can look like a lifeless wasteland, but with a closer look, they can reveal oases of life

I try to hunt mule deer in mid-November. The cold weather brings out the big bucks and the rut lets you see more deer than you can shake a stick at. I find the biggest problem hunting deer during this time of year is bumping deer that you don’t see on the way to the ones you want.

In this kind of country, it is best to let your eyes do the walking. That means depending on a good glass to help you find the deer. I prefer to use my Vortex Diamondback 20-60 x 80 spotting scope and 10 x 50 binoculars. They are great glass for the price and they have saved me many miles of walking to find deer.

On this particular hunt, I had scouted very well in the offseason and had found several great bucks to go after. It wasn’t so much if I was going to kill a deer—it was more of when.

The first few days of the hunt where awesome. The rut was in full swing and I was seeing deer I’d never seen before.

The weather was hot, which made the activity fast and furious in the morning and evenings. I had found a small water hole that the deer were hitting hard, so I decided to sit it in the middle of the days and catch deer coming to drink. 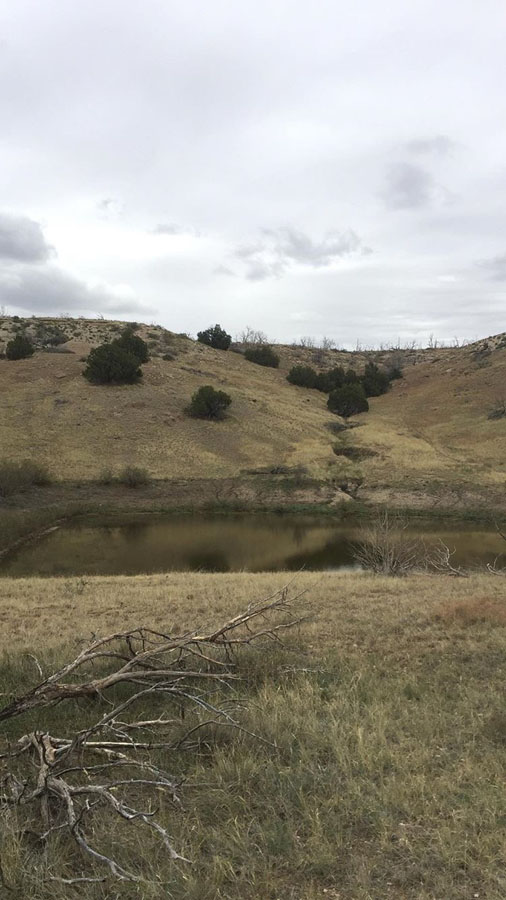 The watering hole where I would sit and wait. Hunting by water can be very productive in hot weather.

I always walked from the same direction on an old two-track that was very sandy, keeping the noise to a minimum. On this night I didn’t even make it half way to the water whole before I was into deer. As I crept along the path, I looked up and there was a massive buck!

He was with a harem of does and he couldn’t care less about me. I decided this was the buck I wanted and began to stalk. It is amazing how a rutted up mule deer buck cares about nothing except does. I crept in 60 yards, then 45, then finally 35. It was the perfect shot opportunity. I drew my Mathews back, ready to let my carbon express arrow tipped with a Magnus stinger broadhead fly. Then I saw the deer start to get skittish, I had no idea what they were looking at until I too saw it. It was a grey F-150 driving the two tracks. I have never been so mad in my entire life, but that’s public land hunting. I managed to get their attention and they stopped. By this time the deer had moved off to about 60 yards, which I am more than comfortable shooting at.

So once again I readied myself for the shot, took a deep breath. The deer was standing perfectly broadside. I placed my 60-yard pin on him and I gently touched the trigger.

All of the sudden I heard a huge cracking noise. The deer didn’t move and I didn’t see my arrow. I dropped my bow hand down to discover that my string had broken at the moment of the shot. I was incredibly lucky that I wasn’t hurt. The string managed to catch a limb when it broke, saving my hand. In all the commotion, the deer ran off and I was left with a broken string, cam, and no deer.

As I walked out, it just so happened that the guys that were in the truck that drove down the two-track owned an archery shop in town. I guess everything happens for a reason.

The next day I drove into town to their shop to have my bow looked at. The long story short is that they could fix it but the parts were five days out and my season ended in two. I left my bow with them and out of the goodness of their hearts they gave me a bow from the shop to borrow for the rest of my season. It is always refreshing to have hunters helping other hunters down on their luck. 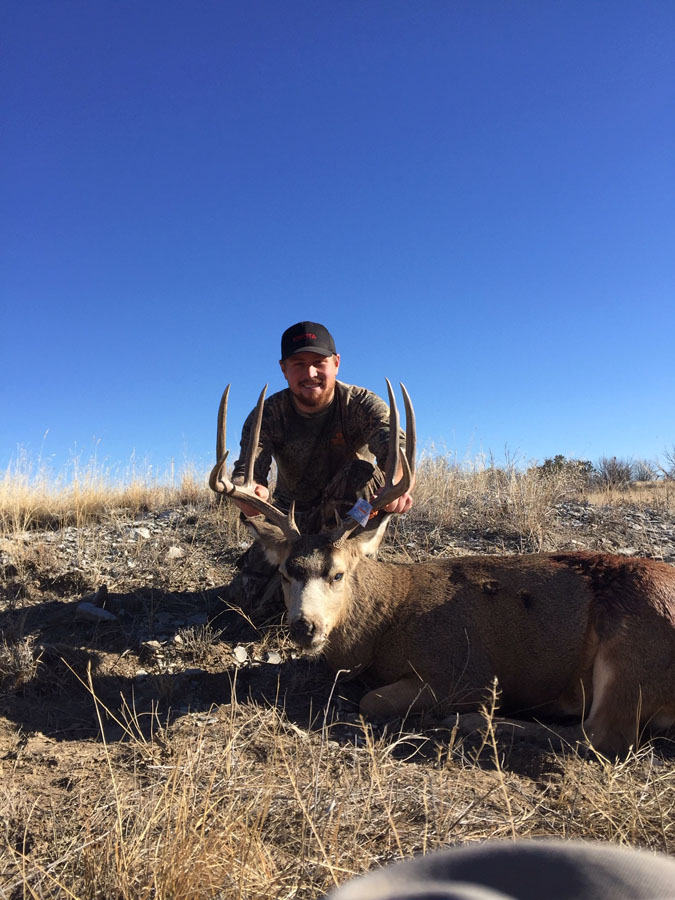 Me and my last-minute buck. Not all trophies have to make the record books. I am very proud of this deer.

The only problem was the broken bow could shoot to 75 yards, and this little Mathews that they gave me had me limited to 40 yards max. That can be hard to do on the plains. And sure enough, it seemed like every deer after that was at 50 yards or more. I made countless stalks over the next two days, all of which failed. 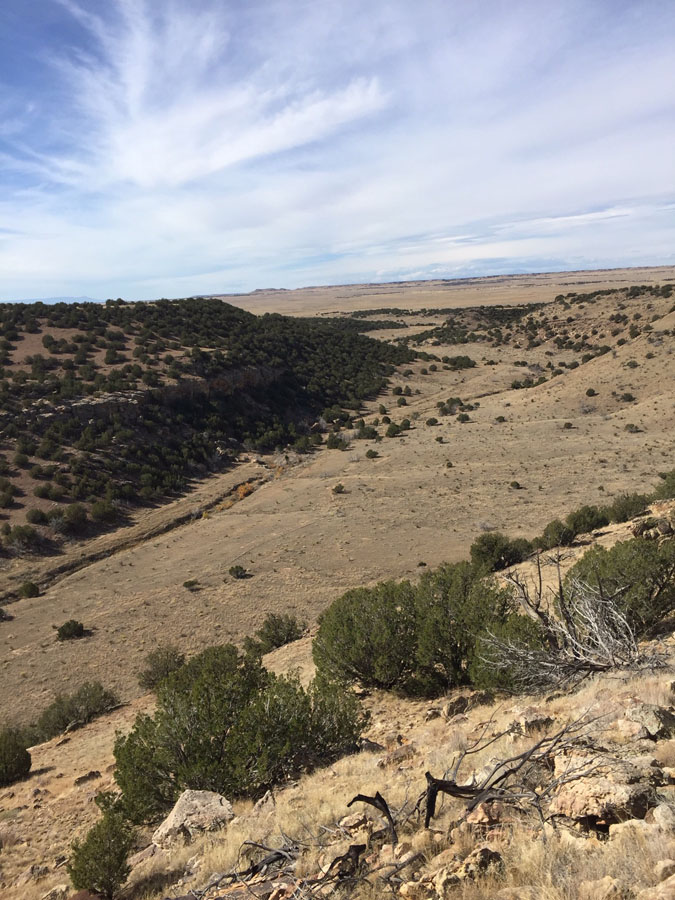 With the huge country that the plains of Colorado have to offer, It can be hard to cut down the distance in such wide open land.

I was leaving the waterhole on the last evening of the hunt, walking down the two-tracks, when I spotted a doe. Since this was an either sex tag, I wasn’t going to let a chance to fill the freezer walk by. I hunkered down in a bush and waited for her to come close. As I let her come to 30 yards I drew my bow, and as I did, I noticed movement out of the corner of my eye. It was a buck. Not the monster I had missed earlier, but it was a good buck, especially for the last hour of the season. He was on a mission to come check the doe out, almost running to her. They were both now at 20 yards broadside and I let the arrow fly. It turned out to be a great shot on the buck, which only made it 20 yards before going down. I felt relieved and excited. It’s not a hunt that I would like to recreate, but it was a memorable experience and I guess everything happens for a reason.