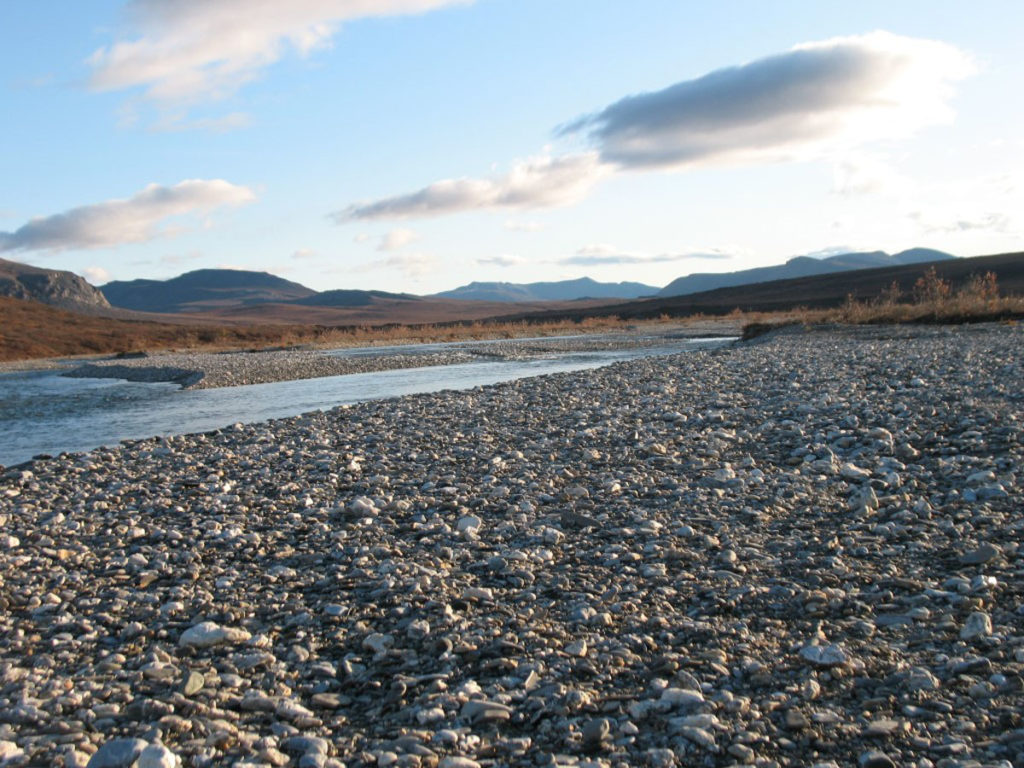 The view from an Alaska hunting camp.

Western hunting is full of one of a kind opportunities, animals, and scenery. From sprawling wilderness areas to backyard hunts and everything in between, there’s something to suit every hunter’s taste. While the opportunities abound, there are also unique challenges and dangers that need to be prepared for to fully enjoy these outdoor adventures. Here are a few lessons I had to learn the hard way, hopefully they will be of some value to you and keep you from having to experience them or something similar in the future.

My father and I had just enough time to get out for an afternoon hunt close to home. He was leaving the next day on an extended road trip to go to a bunch of rodeos with a traveling partner but he was game for one more try before bow season closed for the year. We got on a herd bull with a small group of cows who were responsive to our calls but unwilling to leave his harem. As Dad stayed back calling to keep the bull vocal, I snuck closer trying to get within range. The bull had had enough and started to move his cows away, over a ridge and down into a drainage I had never been in. I was caught up in the chase and figuring I could catch up with Dad after dark at the pickup, I dropped in after the elk. I shadowed them as the sunlight faded, the elk staying just out of range but close enough to keep it interesting. When it got too dark to chase the elk anymore, I looked around and realized I was in unfamiliar country a long ways from where I was supposed to be. I couldn’t figure out which canyon I was in but I knew they all drained to a large lake miles away so I put on my headlamp and started walking.

There was no moon and as I walked my headlamp grew dimmer and dimmer until it finally died. I realized my youthful exuberance had trumped my woodsmanship and I was in a bad spot. Any other time I would have stopped, built a fire and waited until morning to sort things out but I knew Dad wouldn’t leave on his trip the next day with me still in the mountains.

It was too dark to see anything so I found a small creek and walked in it for several miles to make sure I was still going downhill. About the time panic started to set in I saw a yard light in the distance. I made my way to it and found the only bar by the lake that the creek drained into. If ever I needed a cocktail it was then but being too young I settled for water until Dad showed up in the pickup. A fun afternoon of elk hunting had turned into a worrying night for us both, all because I was overconfident and underprepared. I have never hunted without extra batteries or dropped into unfamiliar territory without light to get back since. Any country, especially new country, looks different as the light fades, don’t take for granted you can find your way out in the dark if you’re unprepared. 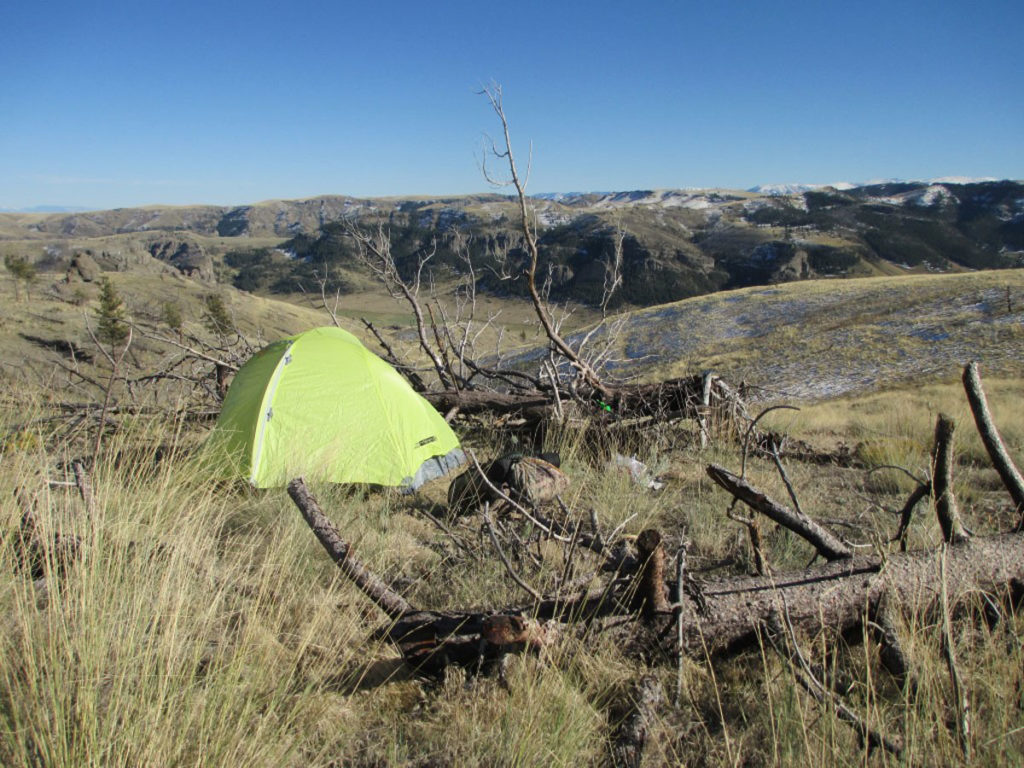 The author’s camp on a solo elk hunting trip

Some years later I was working for an outfitter near Yellowstone National Park, taking some hunters up a well-used Forest Service trail. We were horseback when we cut a fresh grizzly track that came onto the trail and went the direction we were headed. I figured he was just going the same way we were and our paths would split eventually. The Yellowstone area is notorious for the number of bears that live there and I had been working there all summer without any incidents so I was relatively unconcerned.

That all changed when we came around a sharp corner in the timber, revealing an elk kill with a large bear on it that was hell-bent on not giving it up without a fight. There was a brief rodeo with the horses as well as a fair amount of cussing that would make a sailor blush but we got turned around and headed back the way we had come with only a bluff charge at us to show the bear meant business. The hunters definitely got their money’s worth that day and we didn’t hunt that trail for the rest of bow season. I have never cut a bear track since and not kept an eye out for a new and unexpected occurrence. Just because you were up a trail the day before doesn’t mean things haven’t changed since yesterday. 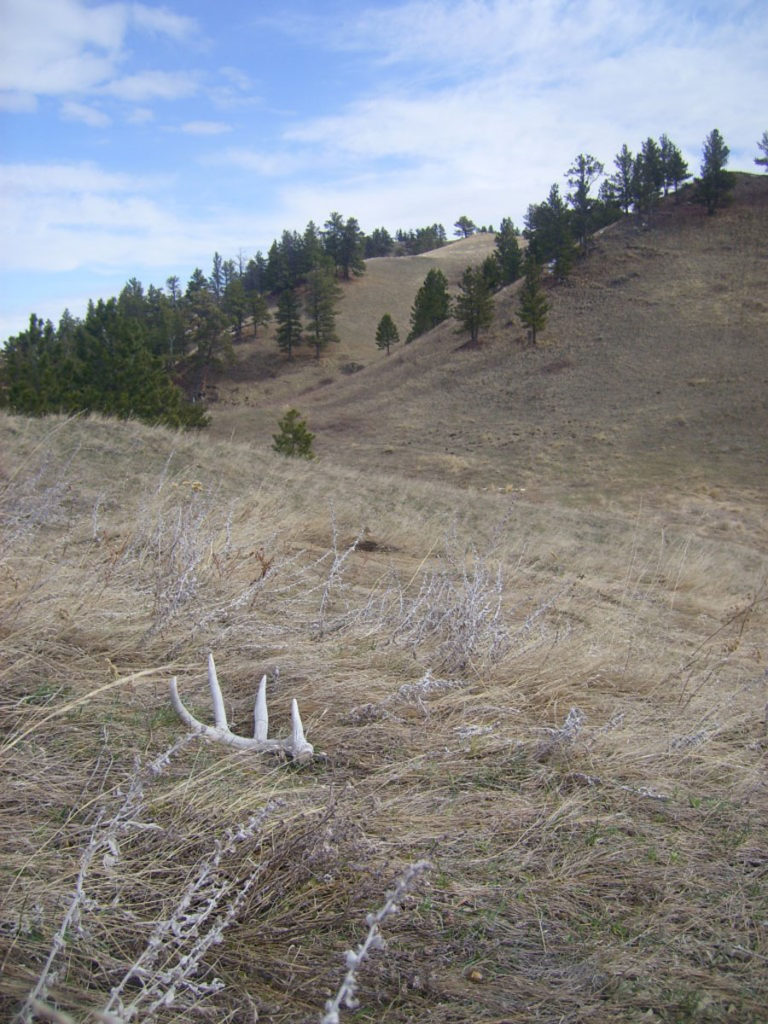 An unexpected bonus in the Montana mountains

I had taken my gear with me to work so as soon as I punched out I hit the road for a drainage I had hunted in archery season. It was the night before the rifle season opener and I wanted to glass and camp on a knob with a nice saddle off of it so I would be ready at first light when the shooting started. As I pulled up to the trailhead I was glad to see that no one else was there. I shouldered my pack and started the brutal climb into my perch. I made the spot and set up camp quickly. As the sun started to dip I glassed several herds of elk feeding as well as a great bull off by himself that needed some more attention first thing in the morning. Nobody else came in as darkness fell and I enjoyed some smug satisfaction as I warmed up my sleeping bag. 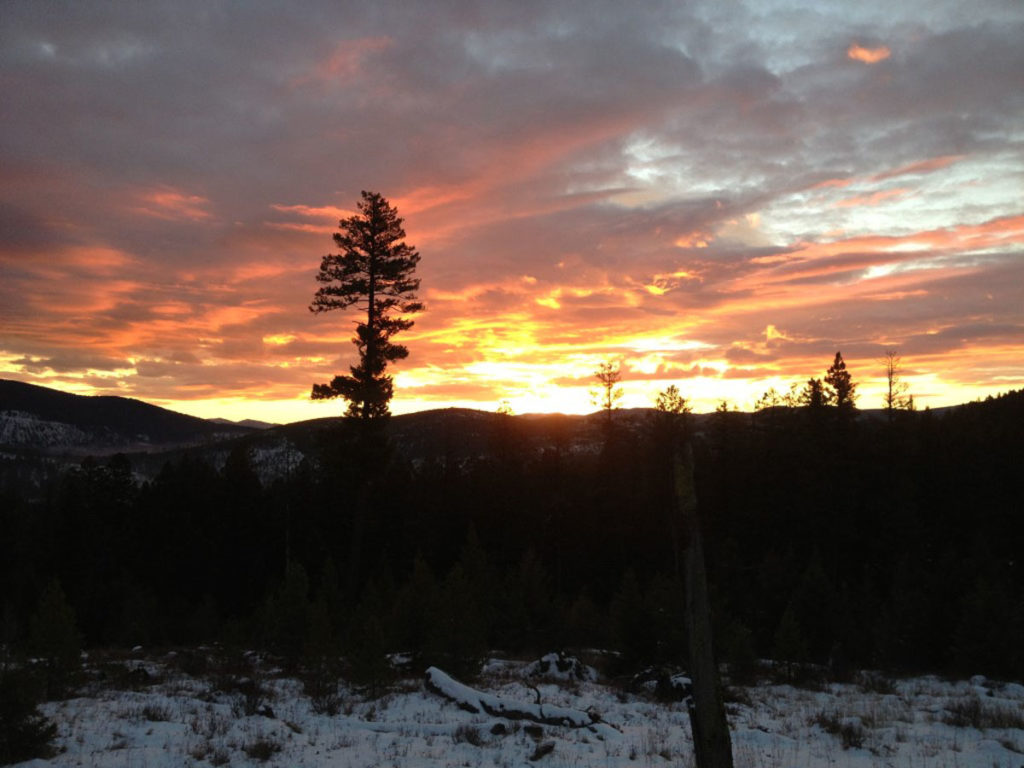 Fast forward after a long night, I was up well before light with camp rolled up and ready to make a play on the elk from the night before. It was just getting light enough to glass and as I laid eyes on the first herd of the day a headlamp caught my eye. An unprintable thought ran through my head as the elk scattered minutes before shooting light as another hunter worked his way through prime elk country, oblivious to the game in front of him. All of my plans for the day vanished as the elk busted out of the country, running onto unhuntable private ground. As excited as I had been just hours before, I was now experiencing the reality of public land hunting. The other hunter had just as much right to be there as I did, regardless of my forethought and hard work up to that point. Learning you can hunt as smart as you can but not being able to control the outside influences was a bitter pill to swallow that day. 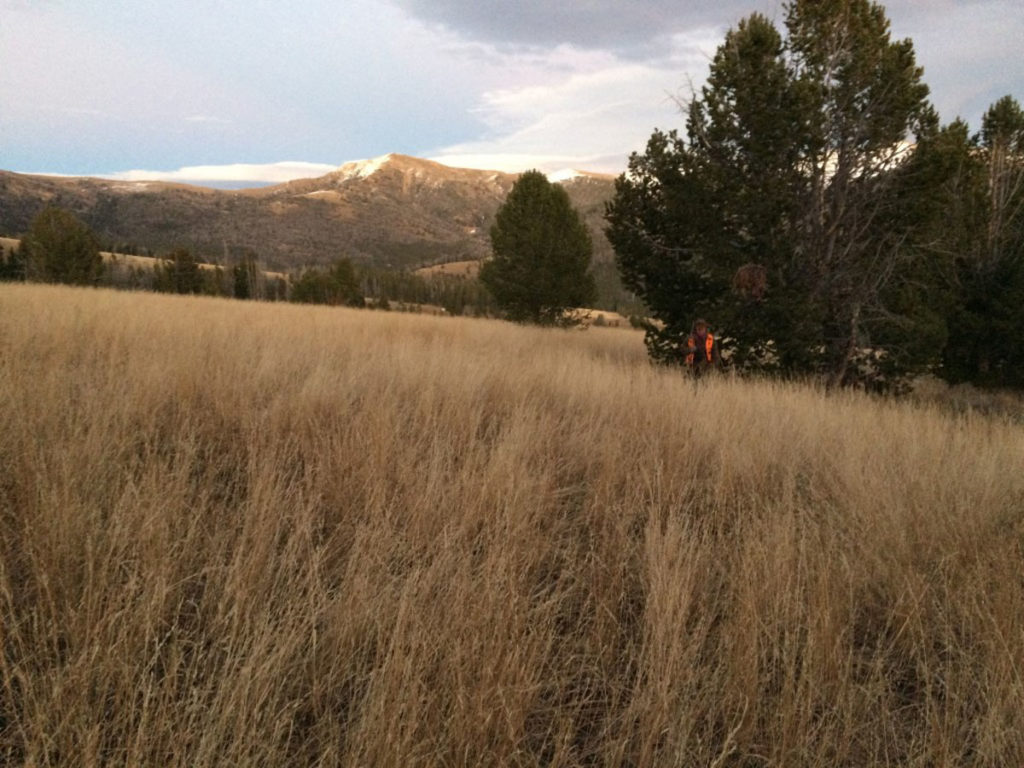 The author’s father on an elk hunt

As a lifelong student of the outdoors, I have realized there is always a lesson to be learned and some are taught more forgivingly than others. Western hunting is an ever-evolving passion for most hunters. Just when I think I have a fool-proof plan to hunt a new piece of country or a buck or bull patterned, Mother Nature or some other outside influence can throw a monkey wrench in the works. There are no guarantees that a day will turn out the way I think it should, it keeps it interesting and that’s what keeps me coming back. 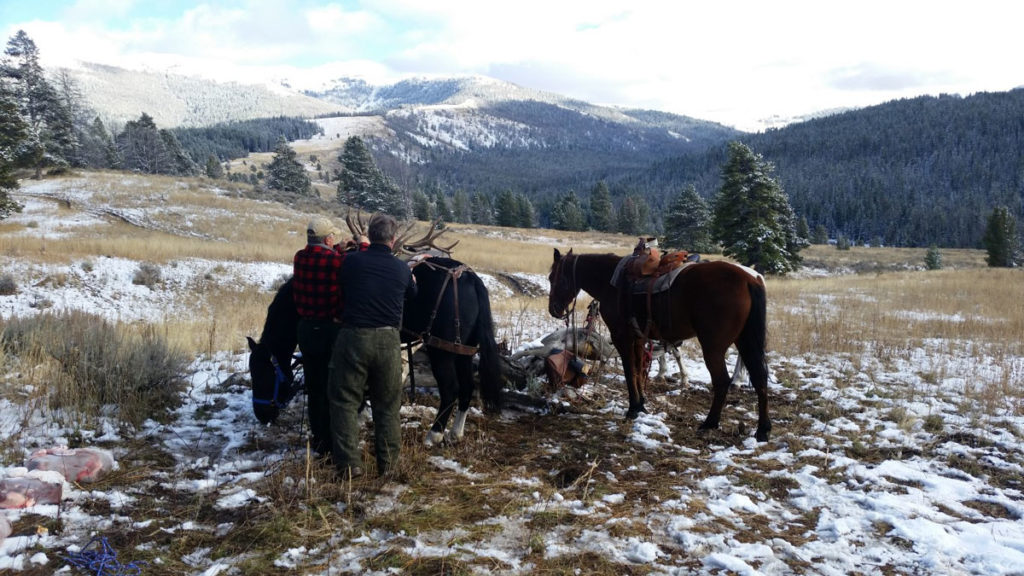 Being a lifelong student of the outdoors comes with its own perks.