The Michigan state legislature voted last month to suspend the issuance of new permits for deer sterilization, a controversial method adopted by the city of Ann Arbor to control its growing urban deer population. 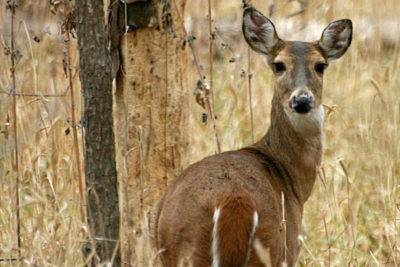 Deer sterilization is an expensive process, and it might not even work. (Photo: Wikimedia Commons/Clinton & Charles Robertson)

“Why do we need deer sterilization in the first place when we have sportsmen who are fully capable of managing our deer species?” said Rep. Triston Cole, R-Mancelona, who sponsored the legislation. “This is a wonderful opportunity for urban residents to learn about quality deer management and the benefits of hunting to the entire state.”

The bill – HB 5321 – allows Ann Arbor’s current deer sterilization contractor to fulfill its three-year agreement, but prohibits the state from issuing new permits to towns and cities until at least April 1, 2022. In the intervening years, the Michigan Natural Resources Commission will study the effectiveness of sterilization in controlling Ann Arbor’s deer population.

HB 5321 also allows “urban areas with a high concentration of deer” to increase the number of tags issued within special “deer management zones.” Within these zones, local governments can also shorten the 150-yard minimum distance hunters must be from a building to harvest game.

“The communities do not own the deer,” Cole said. “The deer are owned equally by everyone in Michigan.”

Ann Arbor introduced its deer sterilization program in 2016 to combat the growing deer herds within its jurisdiction. The city also hired “sharpshooters” to cull the herds, and the two programs together cost $370,000 in 2017, according to local media. In that year, the city sterilized 54 deer, a two-hour process that involves capturing the animal, anesthetizing it, removing its ovaries, and returning it back to the area where it was captured.

“What idiot could possibly need more proof that Michigan has lost its soul!” he wrote on Facebook in November of 2018 alongside an article describing the state’s sterilization efforts.

“The once great state of Michigan is now a laughingstock suburb of San Francisco s—hole hell,” he continued. “Downright embarrassing criminal abuse of power and corruption. Damn the liberals and Democrats all to hell.”

Other states have adopted deer sterilization as a way to control populations in areas that are prohibitive to firearm use. But studies suggest that the method does not effectively decrease deer herds, and urban areas have other options, like an urban archery season, to control its animal populations.