This year has already seen a spike in lion spottings and attacks. (Photo CPW)

Outdoor enthusiasts on the Western Slope of Colorado should keep an eye out for increased mountain lion activity, according to Colorado Parks and Wildlife officials. Specifically people in and around Edwards, Colorado need to be extra-wary.

“We urge residents to be extremely cautious because lions are large, powerful predators and can be very dangerous if they’ve lost their natural fear of people,” said District Wildlife Manager Matt Yamashita. “We are monitoring the situation very closely. If you live in Edwards and the surrounding area, we strongly recommend extra vigilance and advise you to report lion sightings or conflicts to CPW immediately.”

“The young lions are nearly full grown, as large or possibly larger than their mother,” said Yamashita. “It appears the female lions are teaching their young to hunt among a human populated area. Considering we are talking about nearly full-grown lions, this is not a sustainable situation. We will take the appropriate management action as necessary, but what the action will be remains to be seen and will be based on our assessment of public risk and the lion’s behavior going forward.” 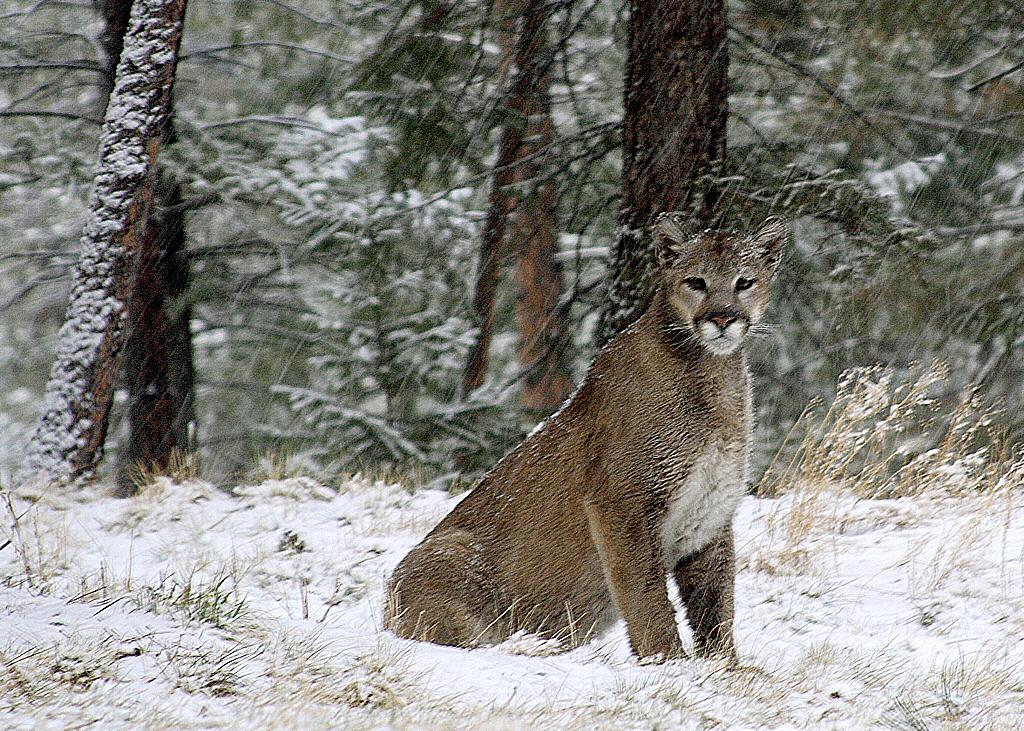 Some of the lions don’t appear to be afraid of humans. (Photo: CPW)

The Colorado Parks and Wildlife department is asking locals to contact officials if they see any lion activity by calling the Glenwood Springs office at (970) 947-2920 during office hours or the State Patrol after hours at (970) 824-6501. Residents are also encourage to call 911 in any emergencies.

“We will continue to monitor this situation and take the appropriate management action that is best for the public, and the lions,” he added. “Although moving the lions may be an option, it is important to have the proper perspective.”

Lion populations are in the spotlight this year since wildlife officials killed five lions engaged in animal attacks in 2019. Several lions were killed after attacking pets on private property, even under porches and decks.

One man made national headlines after surviving a mountain lion attack by choking the cat to death barehanded.

“We will not jeopardize the safety of people in other areas of the state, not to mention that a relocated lion may eventually die due to the stress of relocation or it may be killed by another lion in the area. That is a significant concern for us as well.”

“This is a troubling situation and we are very concerned for the safety and welfare of the people in this area,” said Northwest Regional Manager J.T. Romatzke. “We ask everyone to take this warning seriously.”

Romatzke stressed that wildife managers have clear roles when mountain lions put humans and their animals at risk. Even though the lions are an important part of wildlife in the Rocky Mountains, if they become unafraid of humans they can become a real safety problem.

Authorities believe there are at least two adult female lions with 3-4 fully grown cubs each in the area.

“We have a growing human population and we have more lions than ever before in some areas of Colorado,” said Romatzke. “Our officers, researchers and biologists are studying this very closely. We are looking at our best options, based on science, biology and sound management practices.”