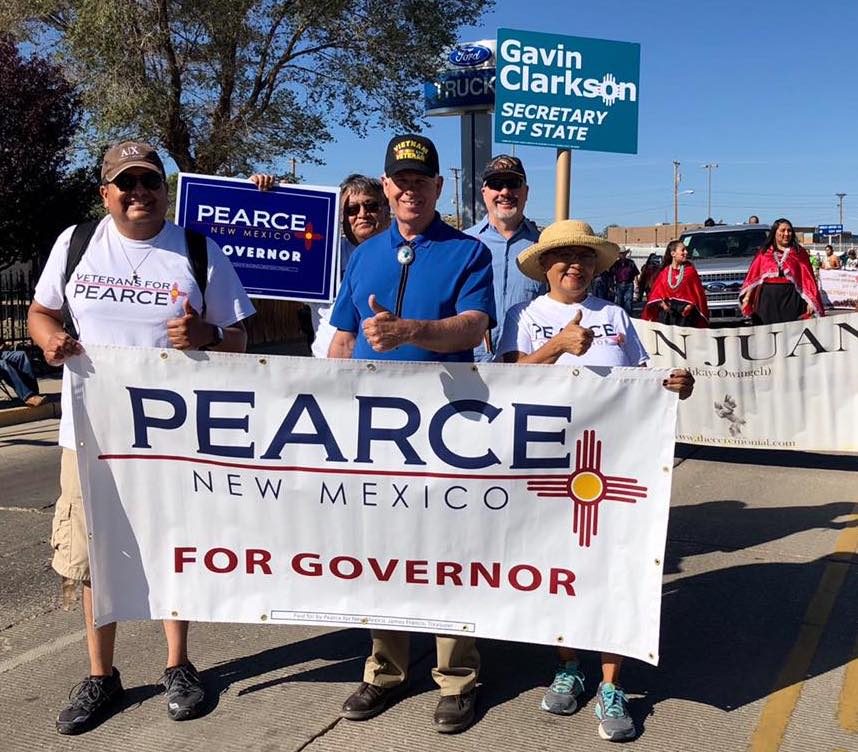 In New Mexico, the Republican candidate for governor has promised free hunting and fishing licenses to all honorably discharged veterans in the state. Steve Pearce, the candidate, is running on a veterans-first campaign.

Pearce, an Air Force veteran who served in Vietnam, says he would guarantee each vet a deer tag every season, too.

“Instead of selling all of the tags to out-of-staters for just a few shekels, a few dollars, we’re going to start serving the people who served us,” Pearce said, according to the New Mexican. “It’s a small sign. It’s a symbol of respect.”

The number of deer tags the New Mexico Department of Game and Fish issues can vary year to year. In order to make sure tags remain available for other residents and hunters from neighboring states, Game and Fish would only issue free tags to veterans by request.

Fishing licenses for New Mexico residents cost $25 while hunting licenses are just $15. With over 158,000 veterans living in the state, the licenses value more than $6.3 million.

Already the state offers hunting and fishing licenses to active-duty and veteran service members at a discount. Pearce still believes that free is best.

“We have massive, tremendous opportunities for just personal leisure and pleasure here” said Pearce. “We’re going to see that our veterans get access to those services, those capabilities.”

In addition to the hunting and fishing licenses, Pearce is pushing for better retirement benefits for veterans and their families. Pearce is proposing a 100 percent personal income tax exemption for retired vets and “widowed spouses.”

He is also looking to set up a post-traumatic stress disorder “task force” and has pledged to end veteran homelessness in New Mexico.

Hunting, gun ownership and gun rights will be a key issue for voters heading to the polls this Fall. The anti-gun group Everytown for Gun Safety is spending at least $8 million in Georgia, Michigan, Nevada, and New Mexico on midterm election efforts.

“This is not a movement of blue states. This is a movement of Americans,” said Everytown president John Feinblatt. “The old third-rail warnings are out the window and you can redraw the map and work on gun safety virtually anywhere in this country.”

Everytown is backing Democrat Michelle Lujan Grisham for governor. Grisham says she would enact legislation to ban semi-automatic guns and the sale of ­high-capacity magazines. She also wants to enact “red flag” laws and put state funds towards other forms of gun control.