Bighorn sheep are a quintessentially American animal. Thousands of hunters across the country apply to hunt them every year, but only a few states offer a hunt, and very few hunters ever draw.

Last year, Clayton Miller was lucky enough to be one of the first people to draw a hunt in South Dakota’s Badlands. 2018 was the first time the hunt was offered in the Badlands. Here’s Miller, quoted from the Pop and Young website:

“I couldn’t believe it when I got the phone call that my name had been drawn for the first and only Bighorn Sheep unit in the Badlands of South Dakota! I have been dreaming of the opportunity to draw a tag like this since I started applying religiously at the age of 12. I went into this hunt knowing that there were some spectacular animals in the area, but it was beyond my wildest dream that I would be after the new Pope and Young Club World Record!” 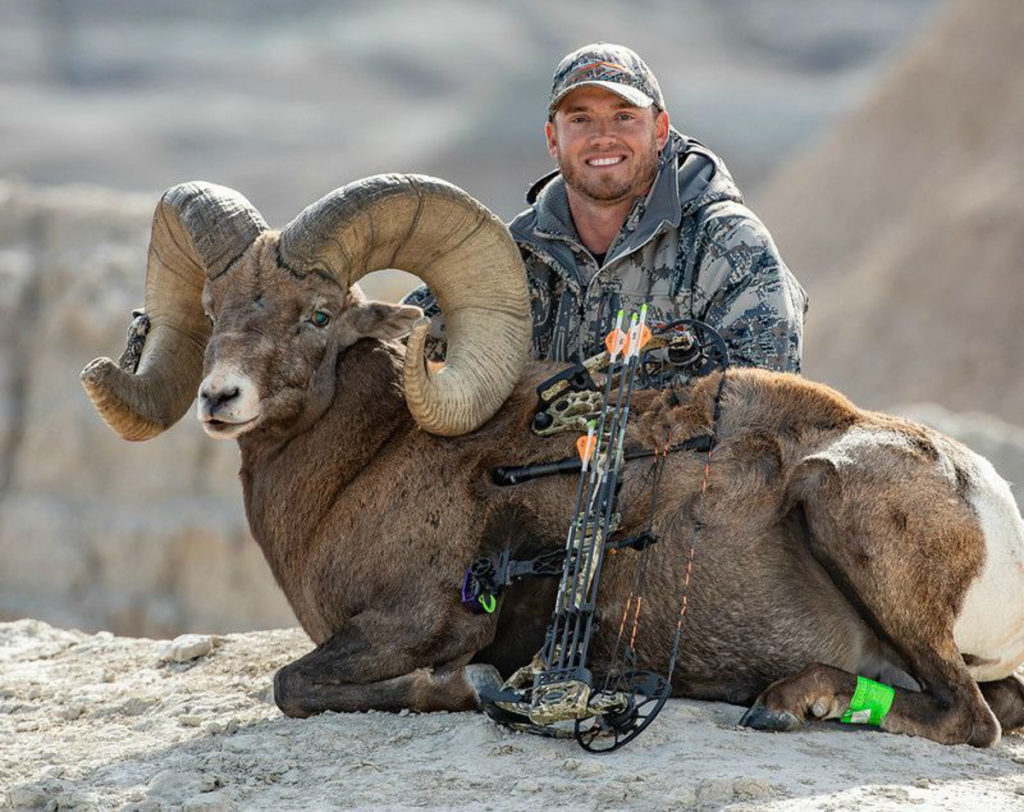 Miller is a resident of South Dakota, and it’s a good thing because there were no tags issued to non-residents in 2018. Of the 7,035 state residents who applied for tags, 3,249 of them had at least 2 preference points. Unfortunately, it looks like there won’t be a bighorn hunt this year.

Miller’s ram ended up scoring 209 1/8″, which is nearly ten inches larger than the previous world record shot by Todd Kirk in 1998. His Alberta bighorn scored 199 5/8″. Interestingly, the bighorns in South Dakota are descendants of transplants from Alberta. Miller killed his ram with a bow and arrow, making it a record for both the Boone and Crockett and the Pope and Young clubs. It’s an incredibly large animal; you have to wonder what it would have scored if it wasn’t broomed off.

Miller went on, “Thank you to everyone that helped along the way, mostly to my wife Becca for taking care of the family while I made dozens of scouting trips. What an honor and a privilege it was for me to be able to watch these incredible animals all year long a short road trip from my backyard!”

Click here for the complete press release from Pope and Young. And check out the Wild Sheep Foundation for more information about hunting bighorn sheep around the country.