In my experience, the hunting pressure on migrating mourning dove decreases drastically after the first month of the season. Depending on your location, mourning doves have a season in excess of two months.  As hunters begin preparing for deer season, dove begin migrating south and can create phenomenal late season shoots. These few tips can improve your odds of bagging a few more dove in the second half of the season.

Photo of a cold front moving in on a late September dove hunt. Pictured is the author’s friend Travis Theis.

The Southern migration occurs from late August through January in the continental U.S. This migration peaks as cold fronts begin occurring in middle to late September and continue through the fall and winter months. In Texas we have a second season in December to take advantage of this migration; however, many birds begin the journey South much earlier in the year. Migration timing generally focuses on two factors: first is photoperiod (length of daylight) and the second is cooling weather patterns.

Weather patterns in which northerly winds are prevalent can cause mourning doves to begin moving southward. They can attain greater flight speed and cover much longer distances utilizing tailwinds. This speed and distance increase minimizes their caloric loss and makes these winds much more favorable conditions in which to head south. This is a common factor influencing migration in most species of migrating birds. Look out for cold fronts and start scouting a day after the winds have shifted. The first few fronts of the season (usually in mid to late September) can cause huge numbers of mourning doves to move. Being in the field with a bunch of fresh birds can create ample shooting opportunities.

Even though it is no longer pre-season August, scouting is a huge part of success when chasing migratory birds. This includes mourning dove! I usually start scouting two to three days before a planned hunt.  A good indicator of fresh birds includes large tight flocks (10-40 or more) dove flying together. If I see this, I know new dove are arriving. Finding where these new birds are feeding and watering can be difficult, but many will key in on the same spots where success was had opening day. Migrating birds can be fickle and all over the place one day and nearly gone the next. Keeping up a regular scouting routine will increase your chances of intercepting birds moving through your area.

Fun October morning hunting a broken down irrigation pivot. The Benelli was doing its job on this crisp Fall morning.

Believe it or not, mourning doves have great eyesight. Early season doves may not act like it, but they will begin to avoid hunters as hunting pressure increases. Try and mimic the colors found around the field your hunting and hide your silhouette with taller natural cover. In my experience, doves begin to avoid places of cover once hunting pressure increases. Finding isolated cover in the middle of an open field can often lead to more shots. These spots can include a weed patch, hay bale, isolated tree or bush or even an oil tank or pump jack. Once you locate a good spot to set up and put on relatively concealing camouflage, practice minimizing your movement as dove are approaching. If I have a dove flying my direction, I attempt to be as still as possible until I am ready to take a shot. Every year I watch hunting companions try and mount the gun when the bird is 75 or more yards away and more often than not, the dove never enters an effective range.  This is especially true if a hunter is targeting birds under high hunting pressure. These hunting basics are often overlooked in the dove field. Going back to basics, I guarantee, will increase the number of dove you have in your bag at the end of the day.

Put Away the Spinning Wing Decoy 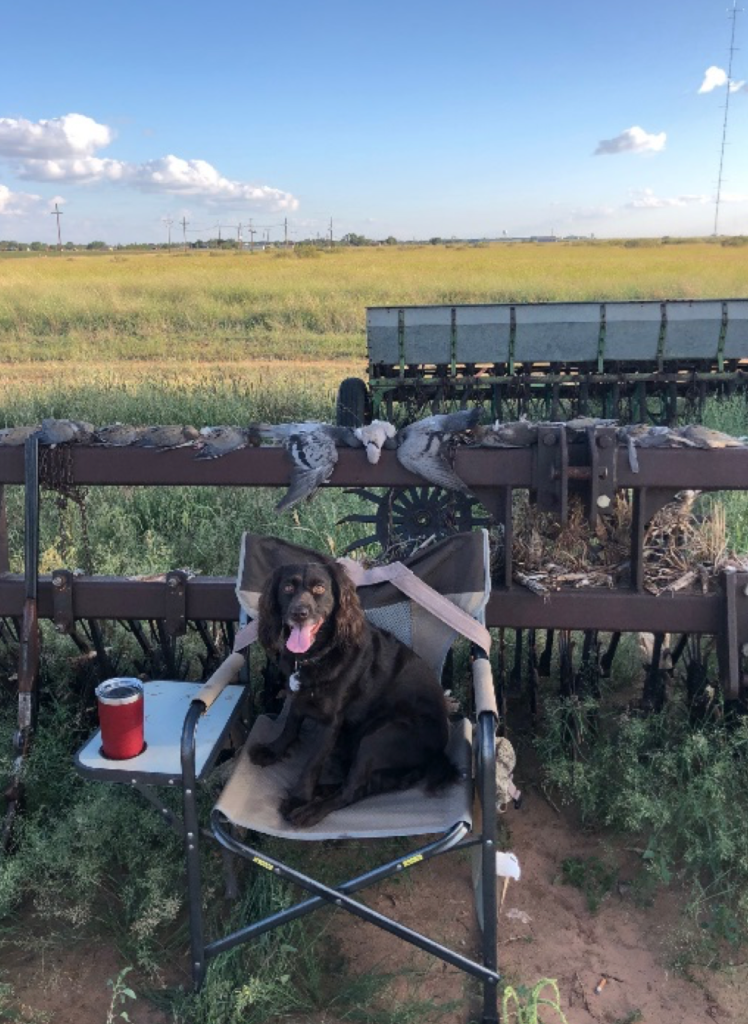 The author’s Boykin spaniel Winny posing in what proved to be an excellent hiding spot for mid-September afternoon hunt.

It can be difficult to acknowledge this tip after smoking limits opening weekend floating over the top of a Mojo dove or similar decoy. After weeks of hunters using spinning wing decoys, the dove begin to avoid the stagnant flashing associated with Mojo style decoys. I am not trying to say that they will not work, but if the decoy seems to be flaring more birds than it’s bringing in, put it back in the truck. 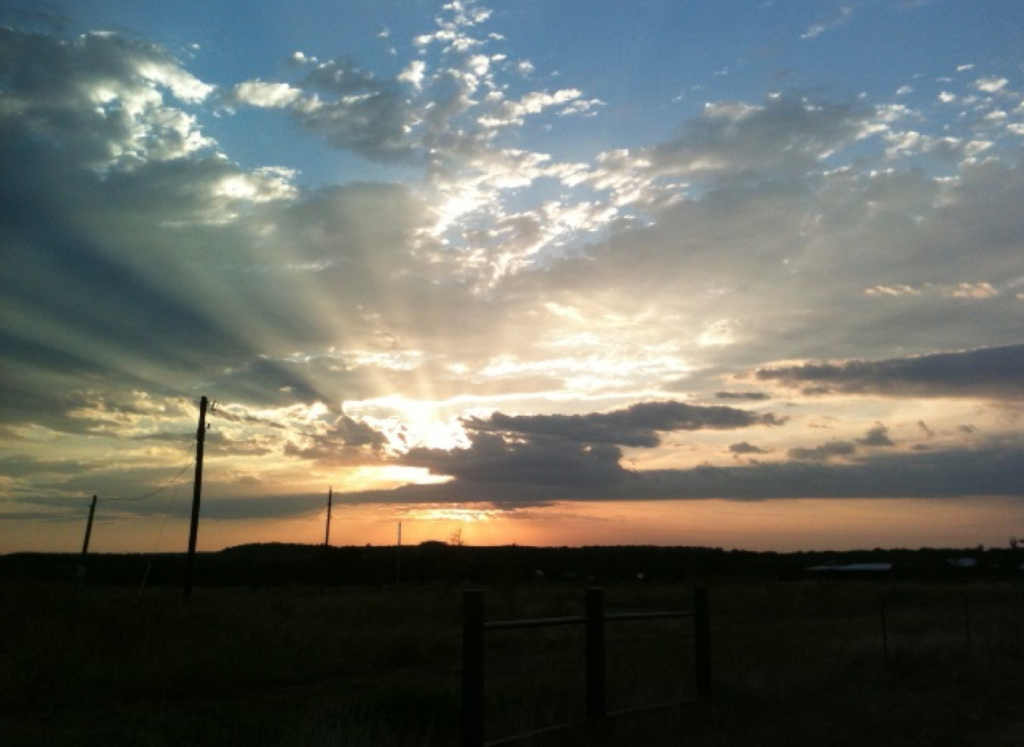 Hard to beat a West Texas Sunset. Especially when enjoyed with good friends in the dove field.

Late season dove hunts are characterized by low hunter density, occasionally high bird numbers and cooler (usually pleasant) weather. Take a curious friend, niece, nephew, neighbor with you and teach a new person about shooting safety, beauty, and enjoyment of being outdoors. Even if the hunting is slow, showing someone a good time afield can influence their attitude and understanding to our controversial sport. Hunting is not about the numbers of animals bagged or the number of shells you shoot It is about spending time in the outdoors and enjoying an amazing natural resource available to all of us. So enjoy the cool weather, a nice shady spot under a tree and welcome a new person into the hunting community.