As we all come out of the long winter and thaw out, the days get a little longer and the trees start to bud. When April rolls around there can only be one thing on your mind; the thundering sound of a gobbler pitching down off his roost looking for love. Spring turkey hunting offers an oasis in an otherwise dry spell for hunters. They are one of the only animals that you can have an opportunity to hunt in the spring and it is one of the most fun times you can have in the early spring in the woods.

We are fortunate enough to be living in the golden age of turkey hunting. There are more turkeys in the United States now than there ever have been before and to reflect this, more states than ever have turkey seasons. Turkeys are one of the most exhilarating animals to hunt because of their loud gobbles and their strutting action that they display to gain a mate.

In the lower 48, there are four subspecies of turkey that you can have the opportunity to hunt in the spring; Eastern, Rio, Merriam’s, and Gould. With the exception of the Gould’s, which are found only in a few places in the southwestern US, you can get an over the counter tag for the other three species in almost every state from California to New York. It is this wide range that has given turkeys the nickname “Thunder chicken” and why they are on almost every hunter’s mind during the spring months.

In my home state of Colorado, we are fortunate enough to have two subspecies of turkeys, the Rio, which prefers the cottonwood bottoms of the plains, and the Merriam’s, which can often be found at altitudes of 9,000 feet. The Rio is a similar color to an eastern bird, with the tips of their tail feathers being a caramel brown in color. The Merriam’s come in a variety of tail feather colors, ranging from almost pure white tips to buckskin brown. I have shot several birds out of the same population that have a large variation in color. 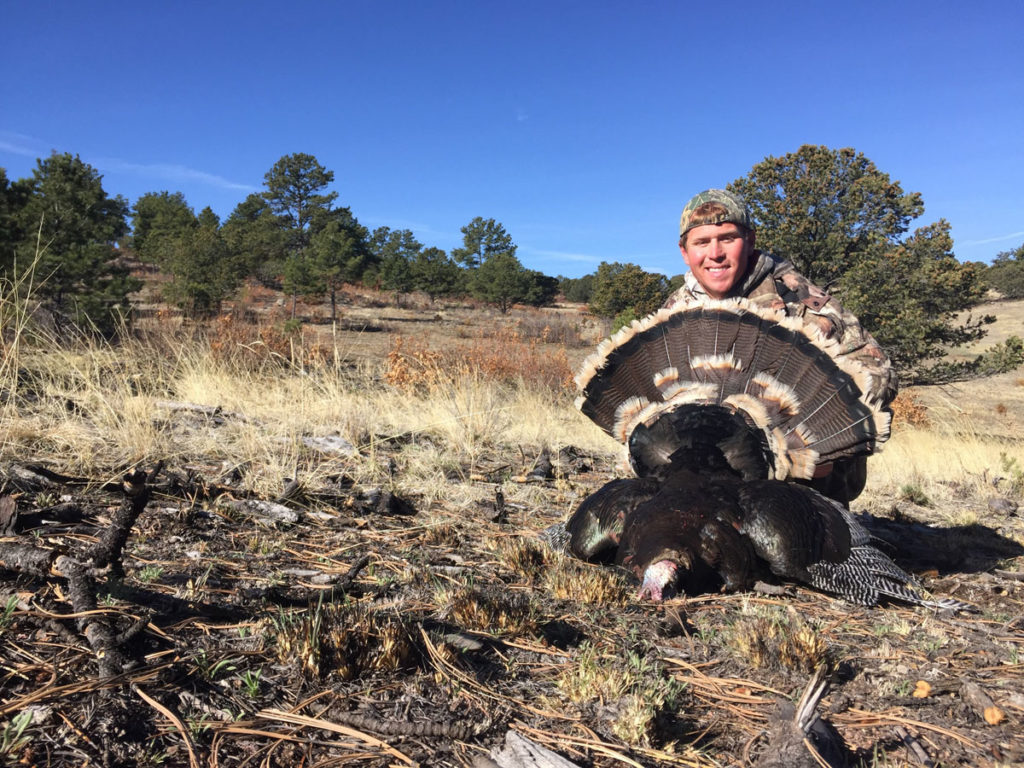 I have spent most of my time hunting the Merriam’s in Colorado. They seem to be much more vocal than the other subspecies and will gobble back at almost any level of a caller’s hen call. I have even seen them gobble at a call as they are walking straight away from it.

Not being a great turkey caller myself, I use this to my advantage. Often I will sit down for a calling sequence and if it appears they are gobbling but walking in the opposite direction, I can often locate them and make a big circle and set up to get a shot.

Just because you don’t think you are a great caller doesn’t mean you should stay at home and let turkey season pass you by. They are fairly easy to locate on the roost and decoy very well. I have hunted several times when I didn’t know how to call. Instead, my tactic was to find the roost the night before or very early in the morning and set up decoys. If you can set up the decoys within view of the roost, without being detected, often times the birds will come over and check them out once they’ve started their day. 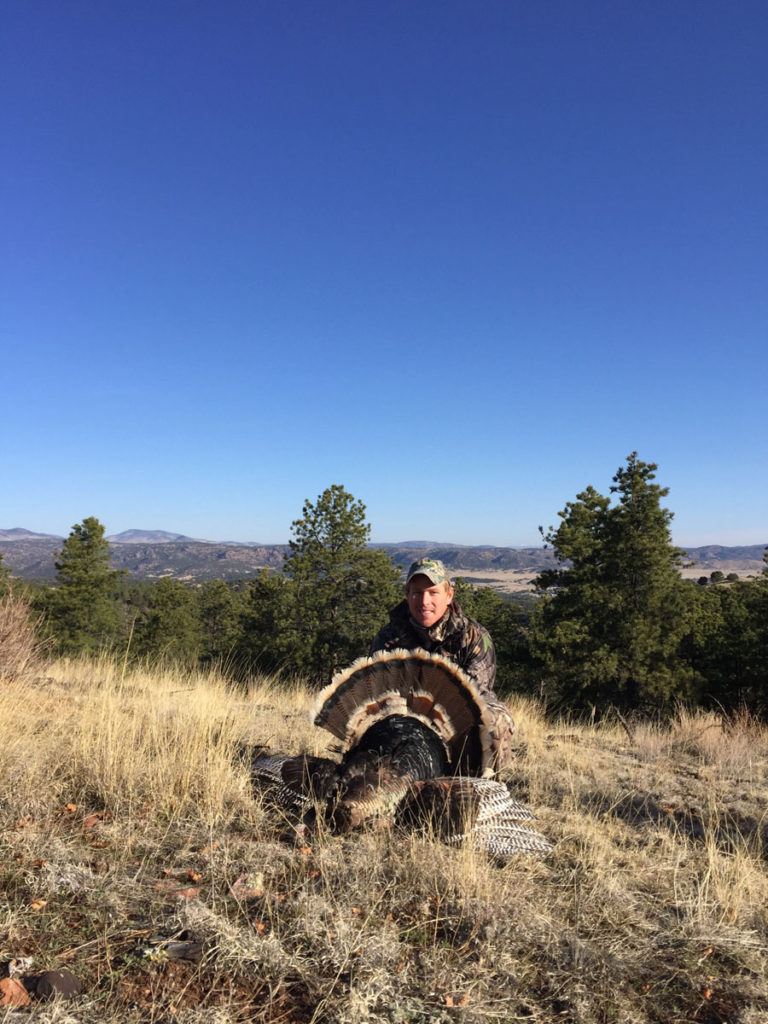 The second tom that I took in Colorado, I didn’t even touch a call, this bird came right off the roost into my decoys.

The great thing about hunting turkeys is the ability to learn from your success and failure. Because they can be so vocal, you will quickly learn what is working and what is not. Don’t get me wrong, sometimes nothing will work, but there is a very satisfying feeling when you hit the right cluck or yelp and you get a gobbler to fire off in the distance. I have killed two birds since I have lived in Colorado, both of them above 8,000 feet while hunting in snow. They were very challenging hunts but few things will get your heart racing faster than when you have your back up against a tree and call a big red, white and blue headed tom over the rise and find him standing at 20 yards.

If you have never ventured out into the woods on a spring day to chase these amazing large birds, I would suggest that you grab your shotgun or bow and get out into the field to give it a try.

***Buy and Sell on
GunsAmerica! All Local Sales are FREE!***