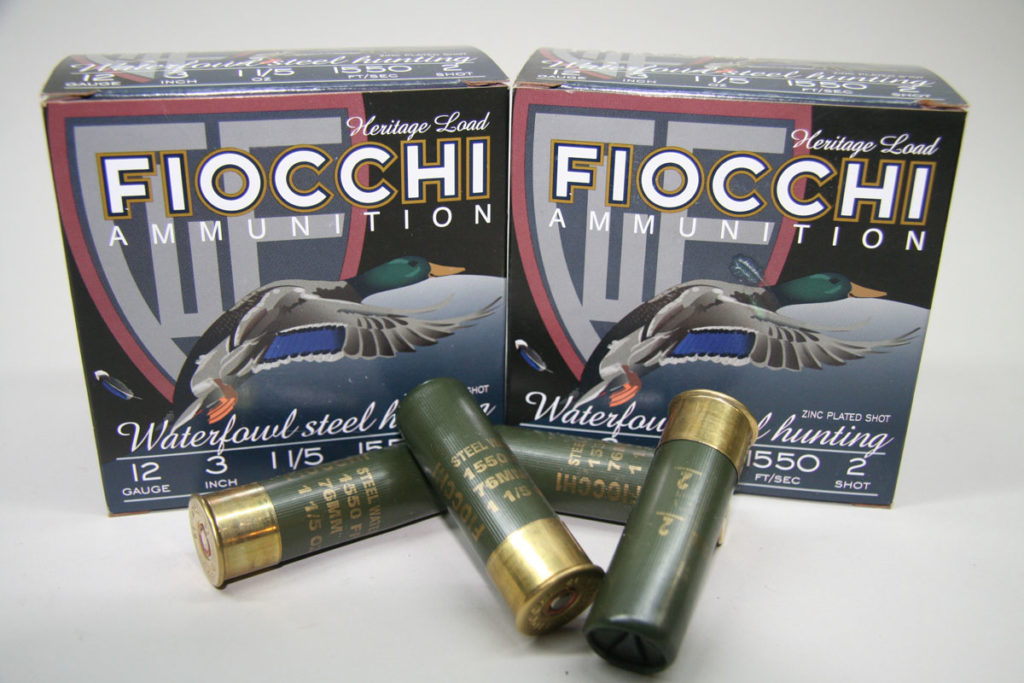 Steel shot comes in all types of formulations with something for every shooting demand. Fiocchi makes a great waterfowl load that packs a punch.

For all of you waterfowl hunters born after 1992, the idea of steel shot is something you accept without hesitation. Reaching back ten more years would capture even more hunters still too young to remember. According to the National Survey of Fishing, Hunting, and Wildlife-Associated Recreation’s 2016 report, just over two million of almost 12-million hunters seek waterfowl. While I am spitting out stats, I might as well add, migratory hunters spent 16-million days on 15-million trips and spent over $2.3 billion in 2016.  While this includes doves it most certainly is heavy with geese and ducks hunters.

For migratory hunters, figure about 10% were born after 1992. That provides a large number of waterfowl hunters that have never hunted with lead. Back in the day, a buffered #6 load of lead was deadly. Today, 1,550 FPS of #2 steel does the damage.

Early research in the area of lead toxicity was limited for waterfowl, but not for many other things within our day-to-day lives. Notable was paint. Even Sherwin-Williams knew about the issues of lead in paint as early as 1904. Heck, Ben Franklin knew about it in the late 1700s.  By 1972, lead in paint was removed and our environmental conscience was awakening to the problems.

For waterfowl though, understanding the cause of mortality in ducks and geese started to rise in the early 1930s. Observations of dying ducks and a plausible explanation that ducks eating lead in areas with concentrated hunting were emerging. Studies referencing enormous amounts of lead in feeding areas made for easy conclusions that a management program was needed. Quickly, it was determined there was a need for further studies, the establishment of potential lead substitutes and analysis of losses within the four flyways. 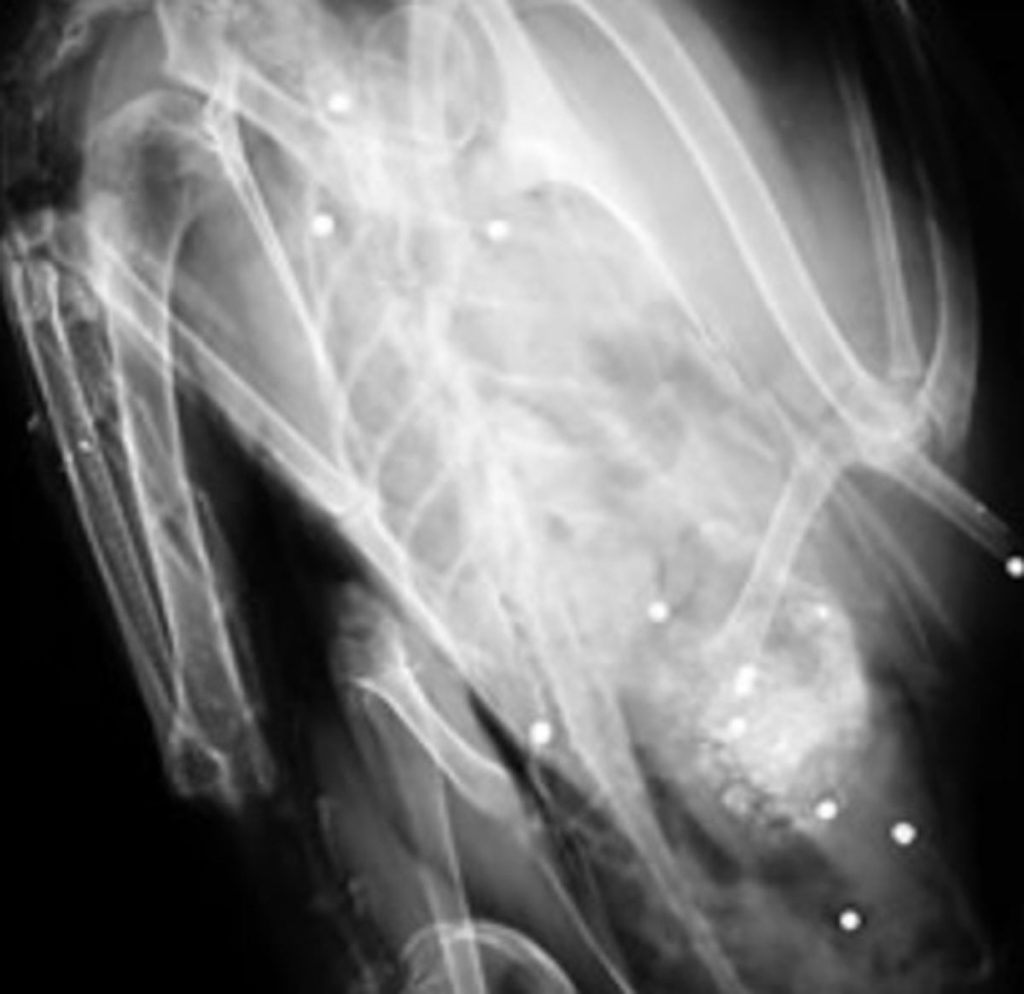 Later studies used X-Ray or fluoroscopes to image waterfowl carcasses and reveal lead within. What stands out here and helped to further the implementation of steel shot were the relatively small number of shot absorbed into the bloodstream from other parts of the duck other than the gizzard. I remember watching about this on Mutual Of Omaha’s Wild Kingdom. It is a great video on how lead shot was measured occurring at about the 9:20 mark. At the 14:40 mark my father is featured and this portion gives a good look at the fluoroscope process.

As studies progressed it became obvious that lead shot was threatening populations of waterfowl and even small amounts of lead contributed to mortality. Several ingested factors were being discovered as contributory: size of fall migration and winter populations, feeding habits and the types of food available, the amount of shot in the feeding area and the firmness of the feeding area bottom type (mud vs. sand). Eventually, high concentrations of lead shot correlated with high mortality. Some studies suggested as the ducks ingest lead shot they become more vulnerable to harvest and an overall impact on migration. 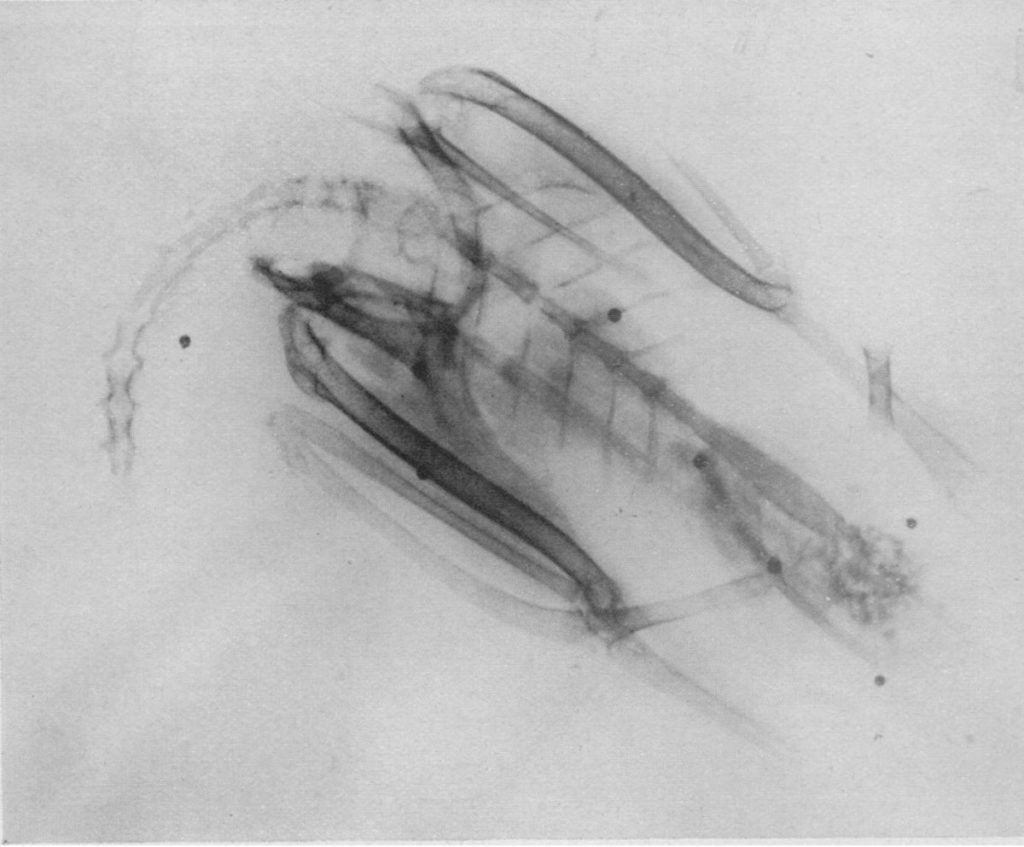 While the gizzard is the main source of poisoning, shot spread in other organs is also absorbed.

Between the mid-1960s and late 1970s, the idea of a change to steel was gaining traction and studies began on the effectiveness of steel on the harvest.  By 1985 the USFWS created a video on lead poisoning. Hunters were not happy with the change and started complaining that steel shot patterns are less dense and would result in more cripples. Everything from tethered birds to blind studies with hunters not knowing if they were shooting steel or lead. For the later study, almost 2,000 ducks were shot with over 10,000 rounds resulting in no change in misses, range or crippling shots. As expected, as range increased, kill shots decreased at or around 40 yards. Cost of steel shot, type of guns available, gun safety, and the potential drop in waterfowl hunters were also concerns. 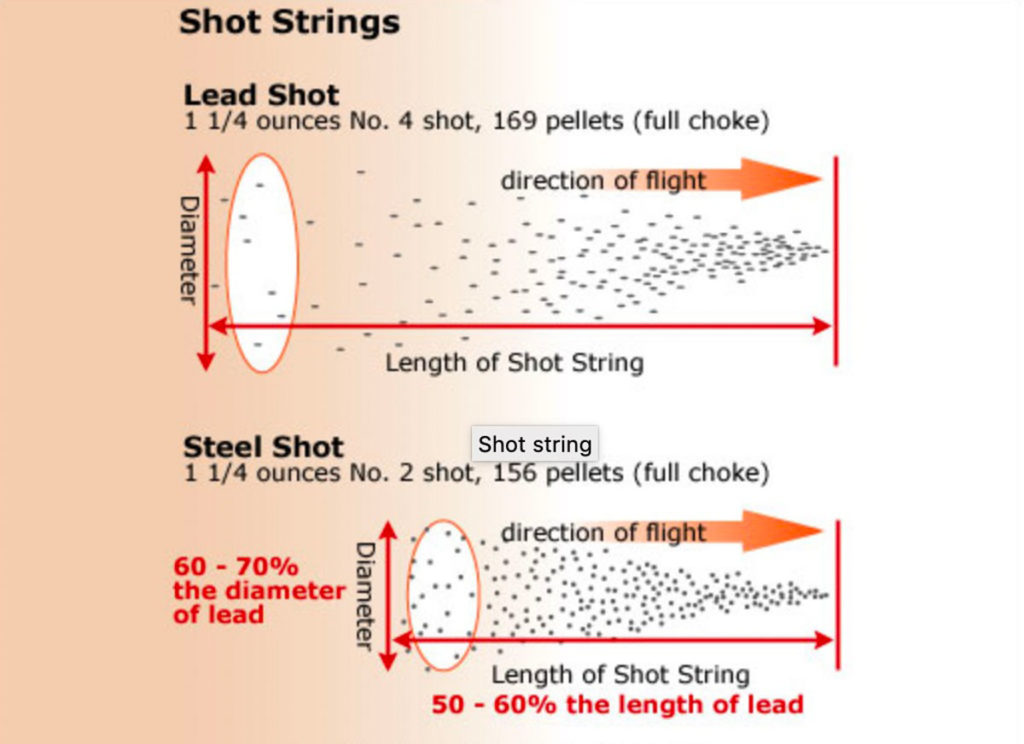 There was a media blitz comparing lead to steel from shot companies as the lead ban took effect. For hunters, it was necessary to accept the data and if necessary adjust their methods. Those born even a few years before 1992 never had to deal with the change.

By 1992, steel shot was required for waterfowl in all four flyways. Lead shot is a part of our waterfowl hunting history. We take it for granted as the industry has worked to produce shells that pattern better and choke tubes that enhance patterns. If steel shot provides something to today’s hunters it is that ranging your birds and shooting within 40 yards greatly increases shot density on the target. It is also gaining momentum that all migratory birds including doves will require steel shot and we are seeing more and more shooting ranges adopting the smaller steel shot. Our efforts to protect all bird species that may ingest lead are growing.