Take the Shot? An Experienced Hunter Gets a Close Opportunity at a Good Bull Elk, but the Vitals are Covered and His Shooting Position is Unsupported. Will He Take the Shot? – Presented by Badlands

An experienced hunter gets a close opportunity at a good bull elk, but the vitals are covered and his shooting position is unsupported. Will he take the shot? 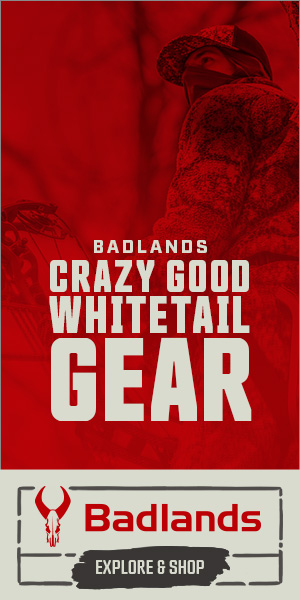 Recently several friends and I, along with my 14-year-old son Josiah, packed 14 miles deep into the wilds of Montana in search of elk. We were shooting a hodge-podge of cartridges and killed several great bulls (which you will see here at TTS over the next months). This is the story of Monroe’s hunt. Monroe is an Amish man, very experienced in the woods, good with packhorses, and savvy – which is what you want when hunting deep, rugged wilderness territory. The only thing is; the Amish eschew photographs so I don’t have a grip-&amp;-grin photo to share with you. But I do have some in-the-moment shots that I can share, as well as a simple photo of Monroe’s elk. It’s a great story, with an equally great prequel that I’ll write about soon.

We packed deep into the same area we’d hunted the year before, hoping to find elk in similar numbers. It’s always a gamble in that kind of huge country; elk may or may not be in the same region from one year to the next, and we all knew we might come up empty-handed. But that’s the risk you take, and as you’ll see this time it paid off. We set up camp in the mouth of a ridge-side canyon, fed our horses, and got settled in. We had one day to scout before the hunt started and spent most of that day covering ground. Right out of camp we watched a nice black bear making his way across a steep scree slope, but that was the only wildlife we saw the entire day. I was slightly concerned about our upcoming hunt as I readied my hunting pack and settled into my sleeping bag that night.

Monroe was shooting a classic wood-and-blued steel Ruger M77 chambered in .30-06. Rifles just like his have harvested elk all across the Rocky Mountain west for decades. He had a nice Leupold 3.5-10X40 VX3HD scope mounted atop the Ruger, well-zeroed at 200 yards. However, he had encountered trouble procuring ammunition for his fall hunts. He handloads, but his standard Hornady GMX (now CX) bullets were not to be found in stores or online. Covid has thrown a wrench in more than one hunter’s plans, and Monroe fell victim to the shortage of components and ammunition just like thousands of other hunters. The only .308 diameter bullets he was able to find were 180 grain Nosler Ballistic Tips. It’s a super accurate bullet but built for light-skinned game, with a very thin jacket and little potential for deep penetration on any shot where bone might be encountered. However, it’s what he had so he loaded the bullets up, knowing that at least the heavy weight of 180 grains gave him a bit of an edge. The loads shot well, and as noted earlier he zeroed them to impact dead on at 200 yards.

Two hours into opening day found our group of four crossing a canyon toward an elk Josiah had just shot. As we climbed the steep mountainside, pausing to catch our breath, whispering excitedly about our opening day’s success, we had no idea of what was about to transpire. All the elk we’d seen had vacated the canyon after Josiah shot, and we just hoped that a grizzly bear didn’t find his elk before we did. Then, as we side-hilled single-file upward through a steep little timber-wrapped meadow, a bull suddenly bugled right in front of us. We all froze, and then jabbered a few quick strategy ideas without much success. Finally, perhaps ten seconds into this new excitement I said, “Let’s just call him in”. I blew my cow call, and the bull instantly answered. He was perhaps eighty to one hundred yards away through the timber. We could hear him coming.

We waited breathlessly and he bugled again, this time right on top of us. He was inquiring as to the whereabouts of the sexy cow he’d heard, so I answered. Another bugle, and we could see antler tips emerge from the timber, 40 yards away and just over a swell in the mountainside meadow below us. Monroe and I had a fierce but brief argument, each trying to get the other to take the shot. I won, and Monroe leveled his trusty rifle.

The bull stopped now quartered toward us, still about 40 yards distant and below us. Problem was, all we could see of him was his neck and a bit of the top of his shoulder. The lung and heart area was completely covered. Further complicating the shot was the fact that Monroe was standing with no support whatsoever, no tree to lean against, no shooting sticks, nothing. If he sat down he’d lose sight of the bull, besides which the movement would almost certainly alert him. A tiny breeze blew toward the bull, and in moments he would smell us.

Monroe stood just at my left, his rifle leveled on the bull and steady as a rock. I watched out of the corner of my eye, noticing how calm he was, and how methodically he pressed the trigger. The thought flashed through my head “There’s no way he’s gonna miss – he’s stone-cold calm.”

Put yourself in Monroe’s shoes; you’ve traveled a long distance to hunt elk, have worked hard, and invested considerable expense getting deep into wilderness elk territory. A surprise encounter has blessed you with a close-up shot at a great bull, as well as plenty of fuel for an adrenaline-induced high-speed come-apart. You have no support to help you place an accurate shot, and the only possible shot is an attempt to break the bull’s neck. Your bullet is not built to penetrate heavy bone. But this may be the only opportunity you get the entire trip. It’s now or never.

Will you take the shot?

Monroe’s rifle went bang and the bull flipped over backward, instantly down. We edged forward till we could see the bull lying there at the edge of the timber, and Monroe put an insurance shot into the base of his skull. Then we all stood around with huge silly grins and wondered to each other; what just happened? What a way to start off our hunt. We spent the rest of the day butchering and packing meat, getting it off the mountain and away from the carcasses before a grizzly showed up to claim the spoils.

Monroe’s first shot entered just where the bull’s neck met his shoulder. The soft bullet smashed the spine and dropped the bull instantly. While not an ideal bullet for hunting elk, the 180 grains were enough to do a proper job on this shot. It was a challenging shot presentation since the only available vital area was the spine, a narrow column reaching from shoulder to head. If you are prone to buck fever or get the shakes during the moment of truth, I would not recommend taking this shot. However, if you’re comfortable shooting offhand (standing, unsupported) then I’d take this shot every time. Monroe had ice in his veins, and there was no doubt in my mind that he would kill the bull.

Would you Take The Shot? Let me know in the comment section below.