How to Survive Hurricane Florence: Shoot At It! 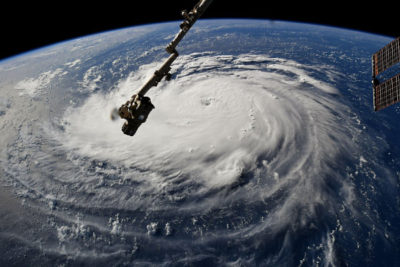 Hurricane Florence is bearing down on the East Coast, and one Facebook group thinks they know how to stop it. (Photo: NASA)

For the last six weeks Clay Martin has brought GunsAmerica readers solid advice for surviving in an urban setting, just the kind of info you might need in a hurricane catastrophe scenario.

As Hurricane Florence makes landfall today on the East Coast, over 33,000 Facebook users have opted for a better idea. The event Shooting Guns At Hurricane Florence To Scare It Away has exploded in just a few days as over 100,000 people either committed to “going” or expressed interest.

While a line of 33,000 gun owners firing from the beaches of North Carolina sounds like the most epic pro-gun protest to date, the event is 100% satire.

The About section also includes a “Note” from the event’s coordinator, Ryan Stumpf: “Do not actually discharge firearms into the air. You could kill someone and you cannot frighten a hurricane. I can’t believe I actually have to write this.”

Hurricanes might be less afraid of firearms than this guy, but that hasn’t stopped event-goers from having a little fun while they hunker down for the storm. Below is just a small sample of memes posted in the last few hours. 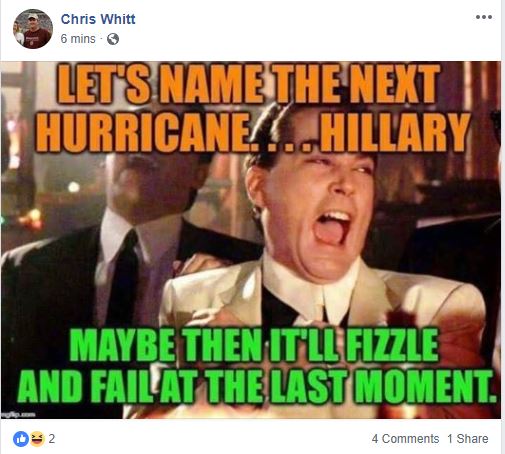 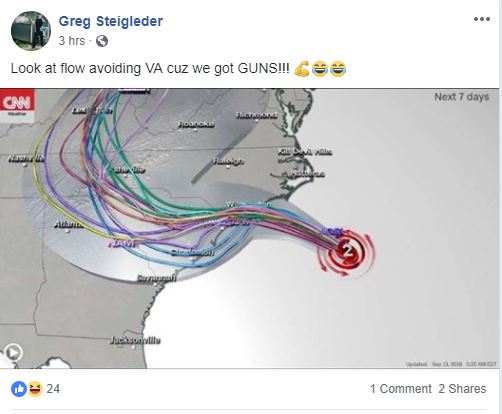 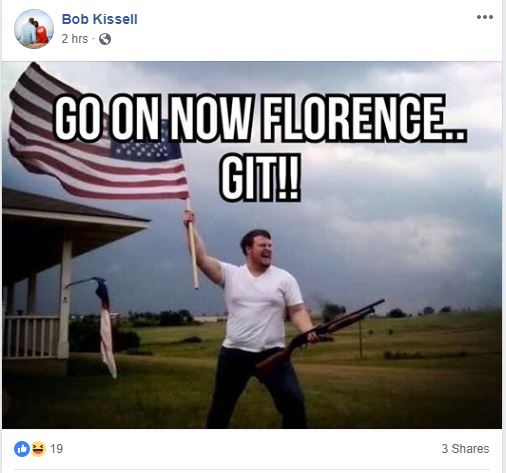 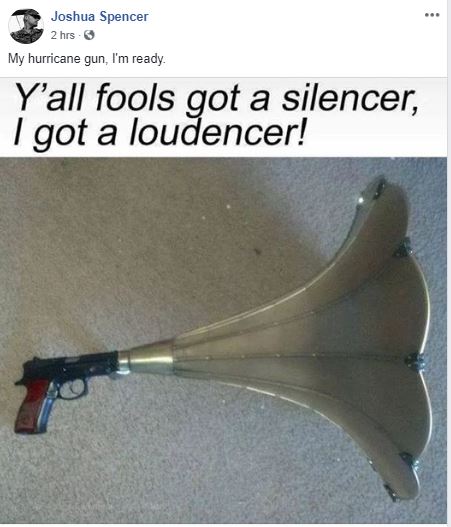 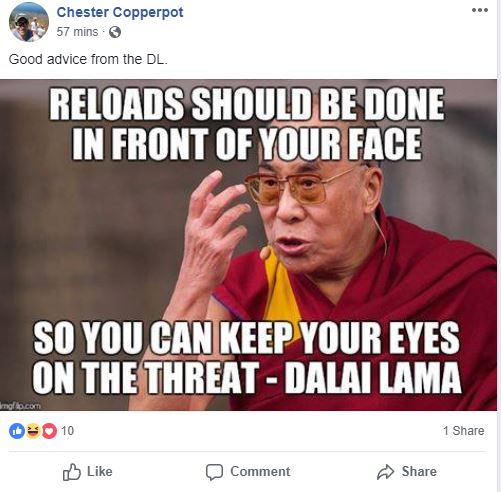 But the winner for funniest post is probably Jon H. Goin II, who posted this video after the hurricane’s path moved south:

This isn’t the first time a Facebook event like this has formed just prior to a hurricane. Police in Florida issued a warning in 2017 after someone launched an event titled, “Shoot at Hurricane Irma.” Police tweeted a helpful graphic depicting the path of a bullet shot into a hurricane:

To clarify, DO NOT shoot weapons @ #Irma. You won’t make it turn around & it will have very dangerous side effectshttps://t.co/CV4Y9OJknv

So far police in North Carolina appear better able to detect satire. No warnings have yet been issued.