The release of the John Wick: Chapter 3 movie trailer last week had John shooting a gun that looked familiar to many Practical Pistol shooters; it was a customized STI 2011. The blank firing movie gun and an actual working model were on display at the STI Guns booth at the 2019 SHOT show. 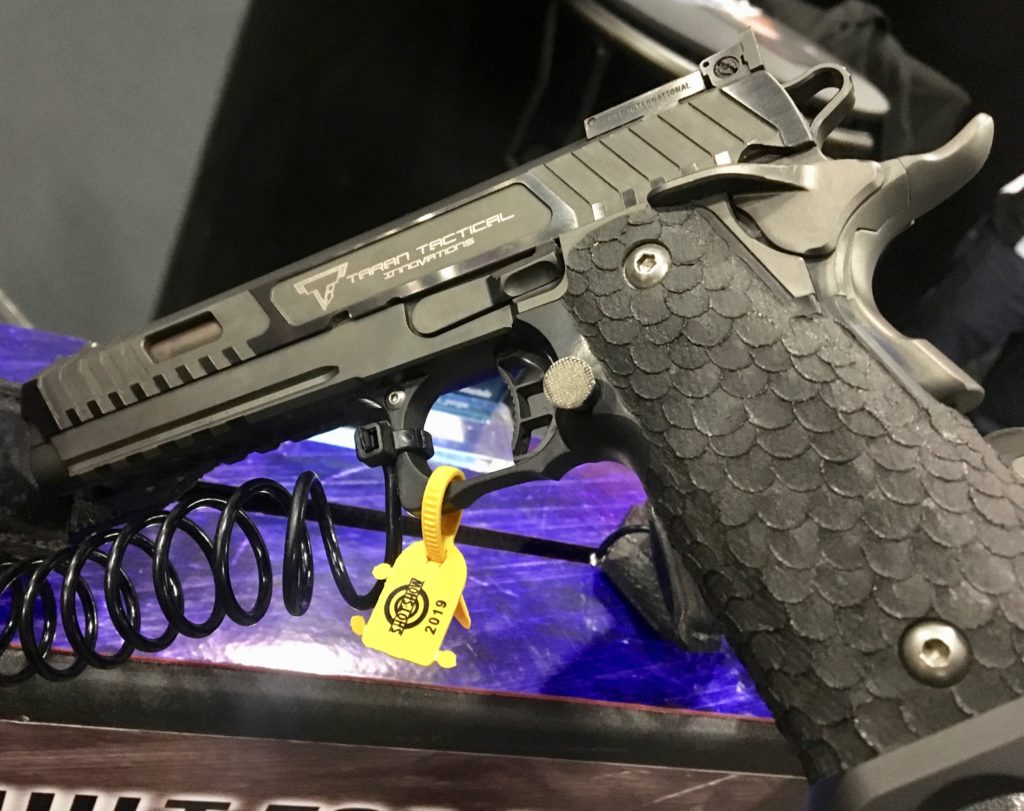 Getting a grip on John Wick’s gun

The STI 2011 is essentially a double stacked 1911 that has a polymer grip with all the same controls as a tried and true 1911. The John Wick 3 pistol is a custom work between STI  and Taran Tactical Innovations (TTI).  TTI owner Taran Butler, is a world class shooter and trains many of the Hollywood shooting community and in turn has had his company’s firearms used in films. 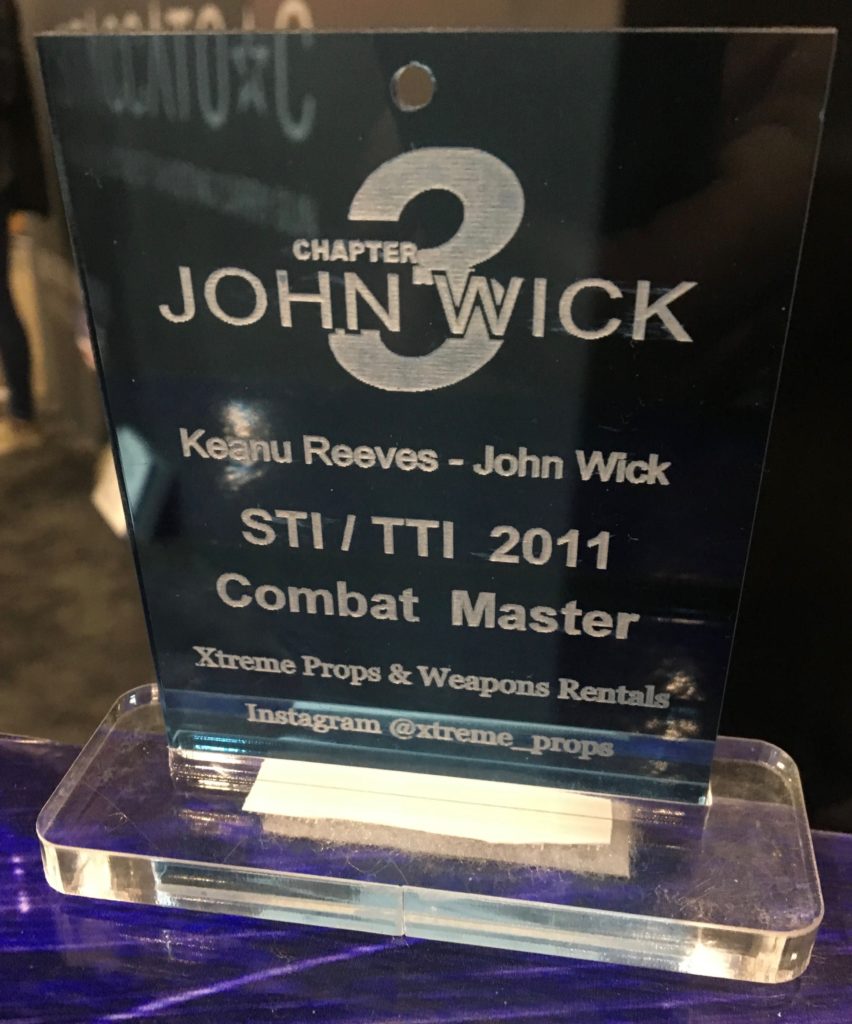 The John Wick 3 TTI Combat Master started life as one of STI’s 5.4” platform guns similar to the STI 3 Gun model, but then got a lot of milling and attention. The slide cocking serrations and lightening holes and recesses really set it apart from a standard STI, which are by no means a “standard” 1911. 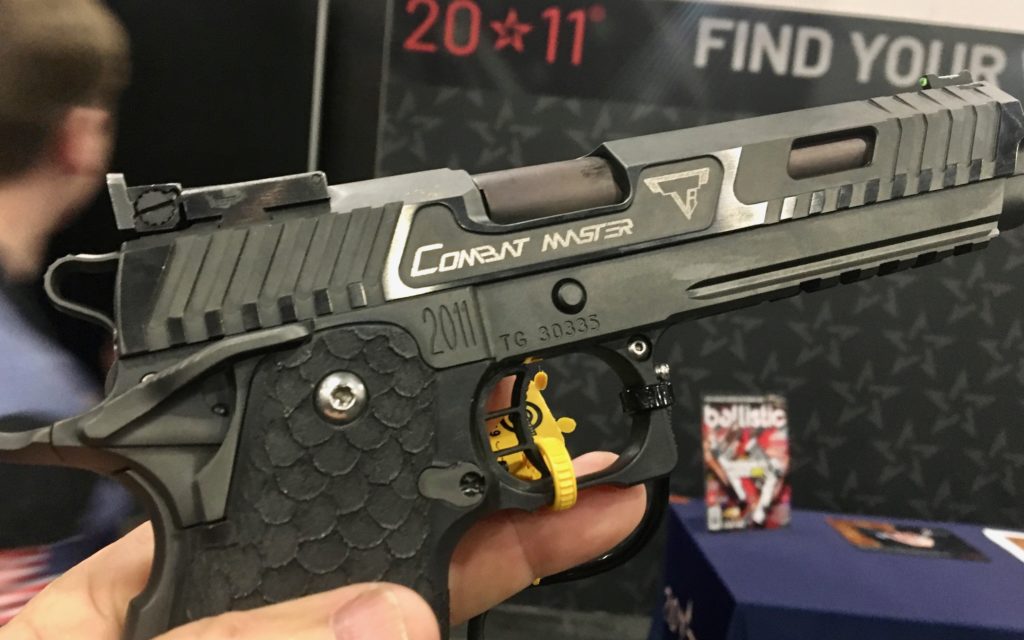 Lightened slide not only looks good but tends to recoil less

The gun has a deeply undercut trigger guard to give a high grip on the pistol and a highly textured grip to maintain grip in case of serious wet work. It also features STI’s mag well for rapid reloads. The standard STI 140mm magazine holds 21 rounds of 9mm Parabellum. 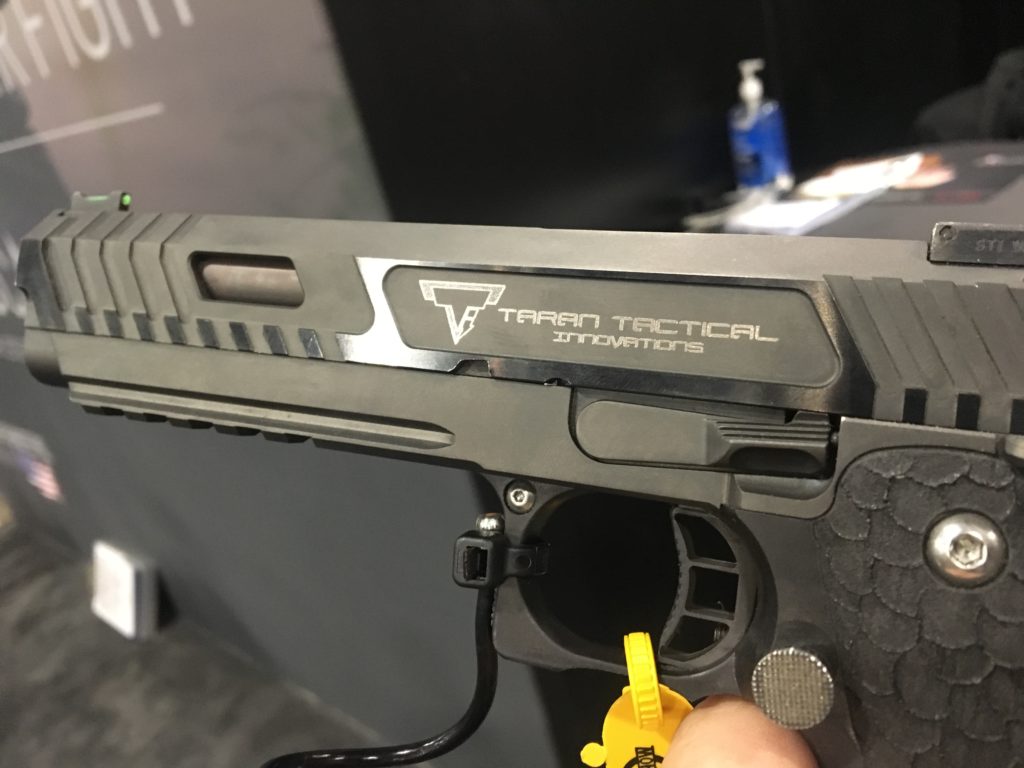 A limited number of the STI /TTI Combat Masters will be produced this year and sold through TTI. STI and Taran Tactical are well known in the competitive shooting community and have been producing top rate products used throughout the practical shooting sports.