Kavanaugh, Feinstein Square Off on 2A During Confirmation Hearing 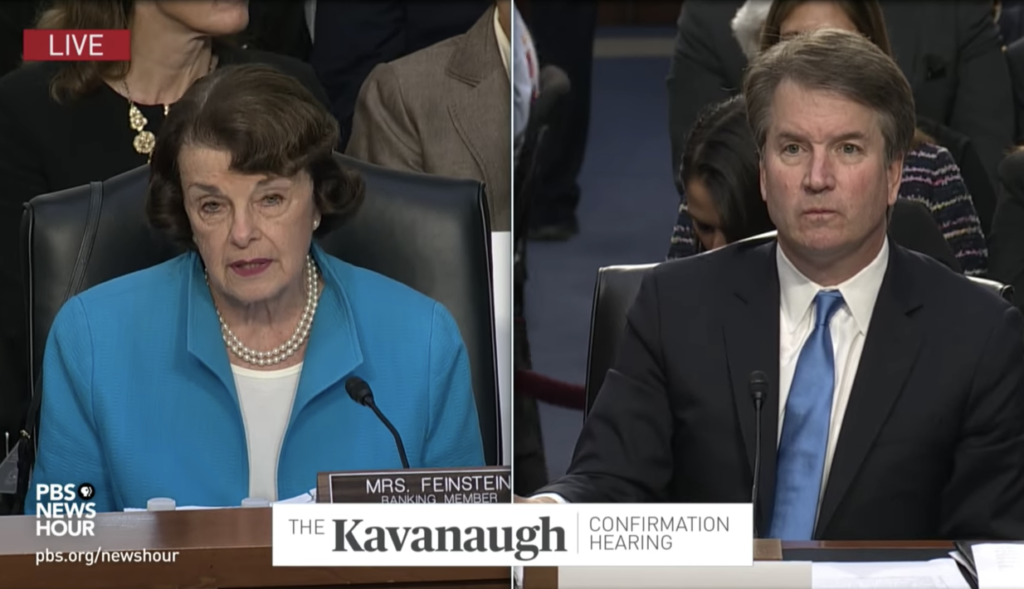 Kavanaugh vs. Feinstein on the Constitutionality of bans on “assault weapons.” (Photo: PBS News Hour)

One lingering legal question concerning our 2A rights is the constitutionality of bans on black rifles. Can the government prohibit residents from purchasing and possessing some of the most popular semiautomatic long guns in the country?

It’s a question Supreme Court nominee Brett Kavanaugh has answered in the past while serving as a judge on the United States Court of Appeals for the D.C. Circuit. Problem is anti-gunners like Sen. Dianne Feinstein did not like his answer. Naturally, this topic came up during Kavanaugh’s confirmation hearing on the Senate side of Capitol Hill this week.

Kavanaugh mentioned that he follows Supreme Court precedent, pointing mainly to the landmark 2008 Heller decision along with its successor the 2010 McDonald decision, which among other things make it clear that the 2A protects firearms “in common use at the time” for “lawful purposes like self-defense.” Given that there are millions of AR-pattern rifles in circulation there is little doubt that they are “in common use” and therefore protected under the 2A.

By arguing that AR-15s can’t be regulated, Brett Kavanaugh made crystal clear that he’s to the right of Justice Scalia on guns. Even pro-gun Justice Scalia knew the 2nd Amendment did not protect all weapons in his opinion in Heller.

The Democratic Senator from California was not convinced, “And you specifically argued that it was unconstitutional to… to ban assault weapons because they are in common use. And that I believe was your dissent in the case?”

“Yes, and I was referring to some kinds of semi-automatic rifles that are banned by D.C. are widely owned in the United States,” said Kavanaugh. “And that seemed to be the test that the Supreme Court had set forth in the Heller and McDonald cases — in other words, if a type of firearm is widely owned in the United States. Now whether I agree with that test or not was not the issue before me. I have to follow the precedent of the Supreme Court as it’s written and that’s what I tried to do in that case.”

Finally recognizing that her legal argument was falling apart, Feinstein made an appeal to emotion. She asked the judge about school shootings. To which he said, “Of course the violence in the schools is something we all detest and want to do something about and there are lots of efforts underway to make schools safer.” Kavanaugh then went on to talk about how at his children’s school they are hardening it to make it safer, and how living in D.C. for many years has made him keenly aware of gun-related violence.  Still, though, that doesn’t get in the way of him doing his job.

“And so I understand the issue but as a judge my job as I saw it was the follow the second amendment opinion of the Supreme Court whether I agreed with it or disagreed with it,” said Kavanaugh.

Next post: Obama-Era Study Refuted, US Accounts for Less than 3% of ‘Mass Shootings’