What a $4,800 Revolver Looks Like: The Super Sport from Korth 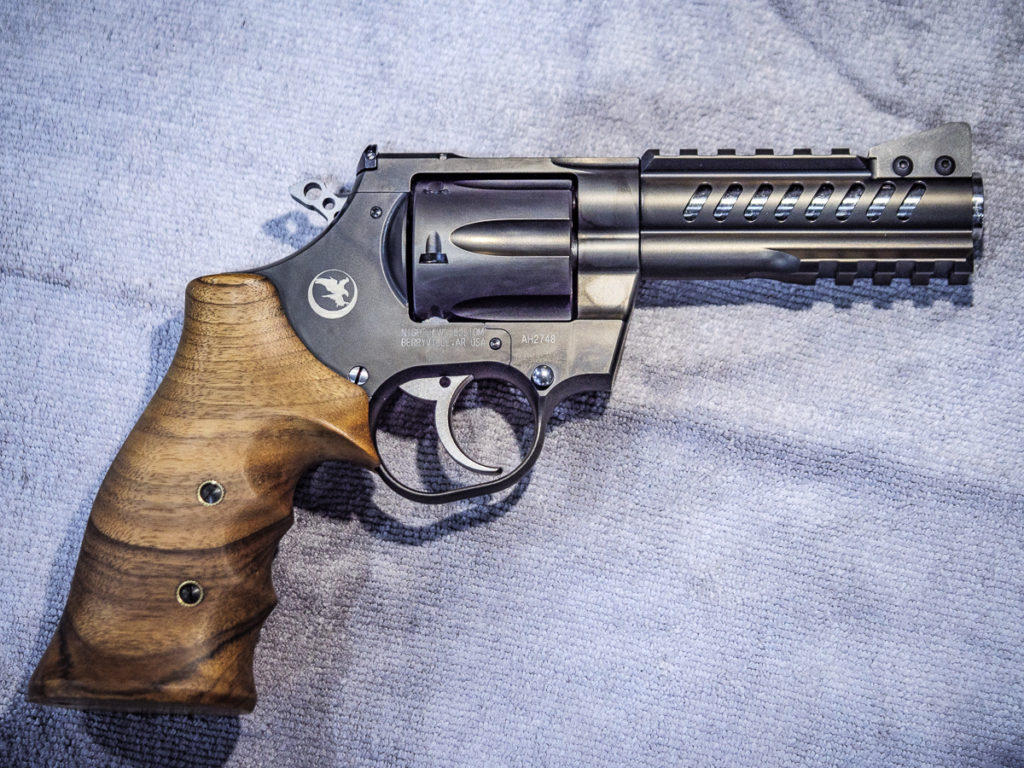 Korth Arms produces some of the finest revolvers in the world. They’re machined in Germany with the kind of precision you’d expect from a hand-built German gun. Korth Revolvers come in several models, both for carry and for sport shooting. Pictured here is the Super Sport .357 with wooden Jim Wilson grips. 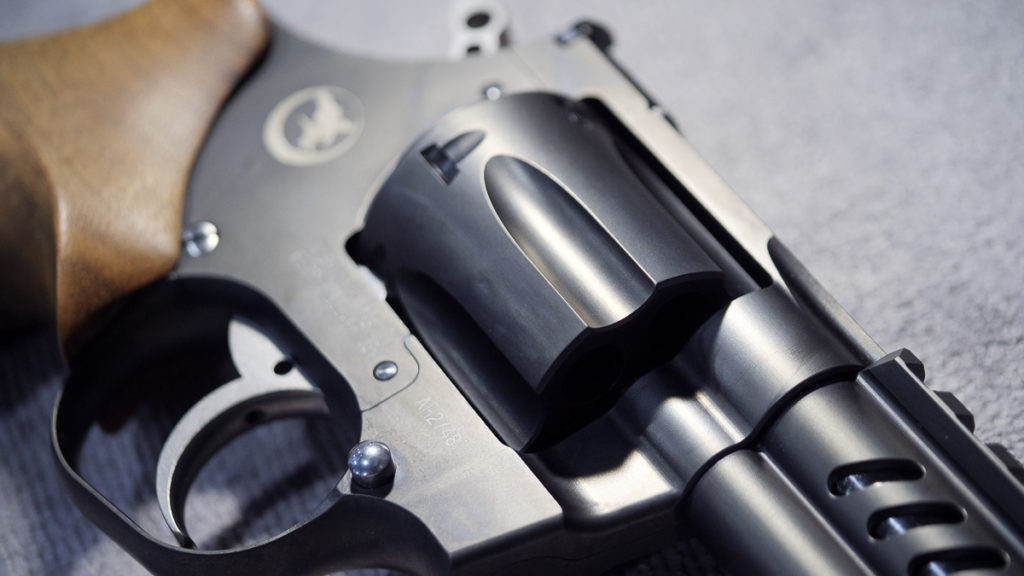 Everything about this gun screams precision. It’s smooth and crisp.

This gun feels wonderful to hold and points naturally. The trigger is crisp. I didn’t get to shoot it at SHOT Show, but it feels like it will shoot really well. 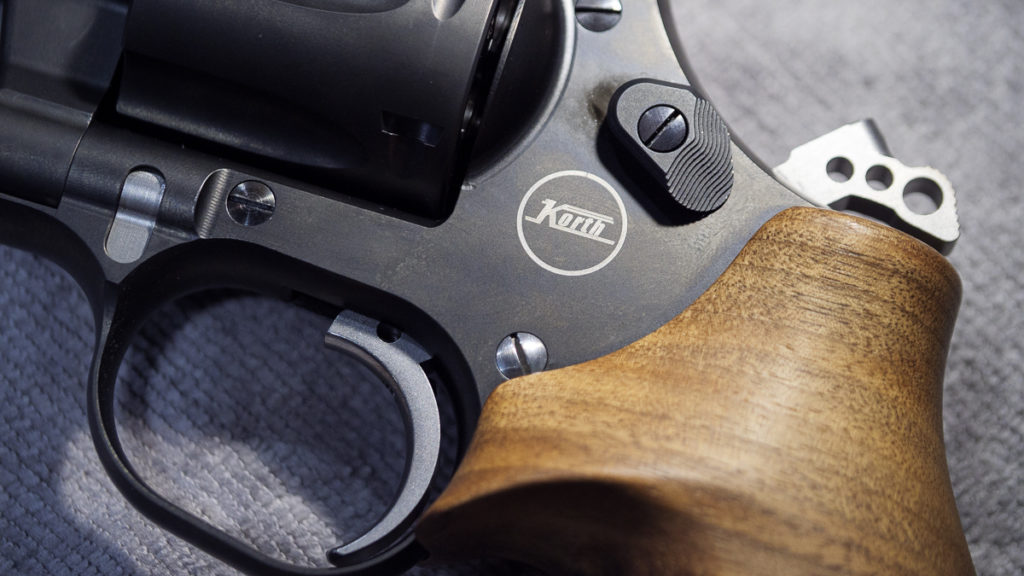 Korth (pronounced like “court”, not like “north”) has been crafting revolvers since 1954, and they are distributed in the USA by Nighthawk Custom. Each gun is built from custom machined parts and tuned by hand to fit and function. 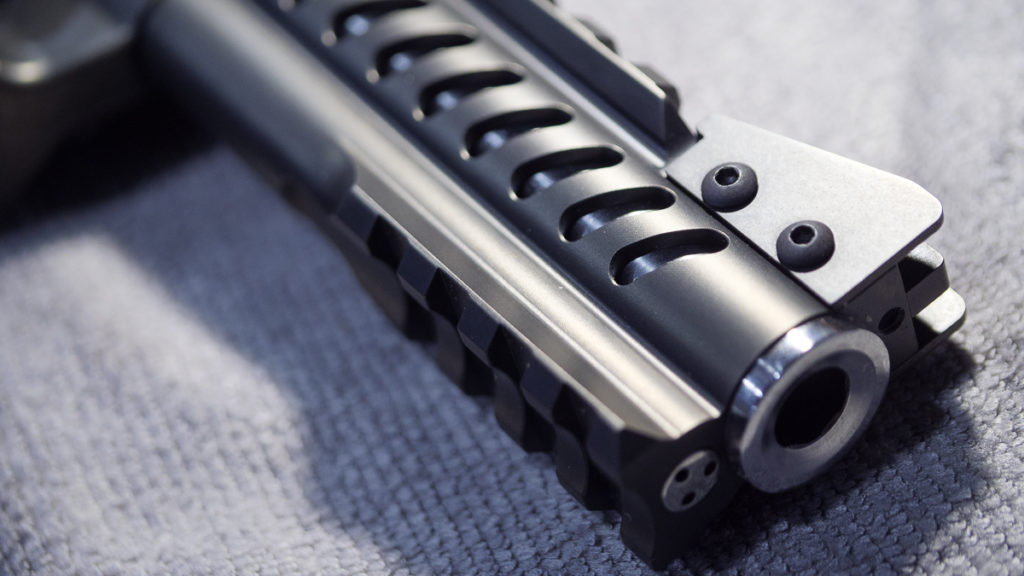 The Super Sport model has a vented barrel and rails top and bottom. Also available with a standard barrel.

Korth revolvers come standard in .357 Magnum, but you can purchase a spare cylinder chambered in 9x19mm Parabellum. That’s great so that you don’t have to shoot the high recoil .357s all the time. Of course, you could shoot .38 special in the .357 cylinder, but 9mm is still cheaper and easier to come by. 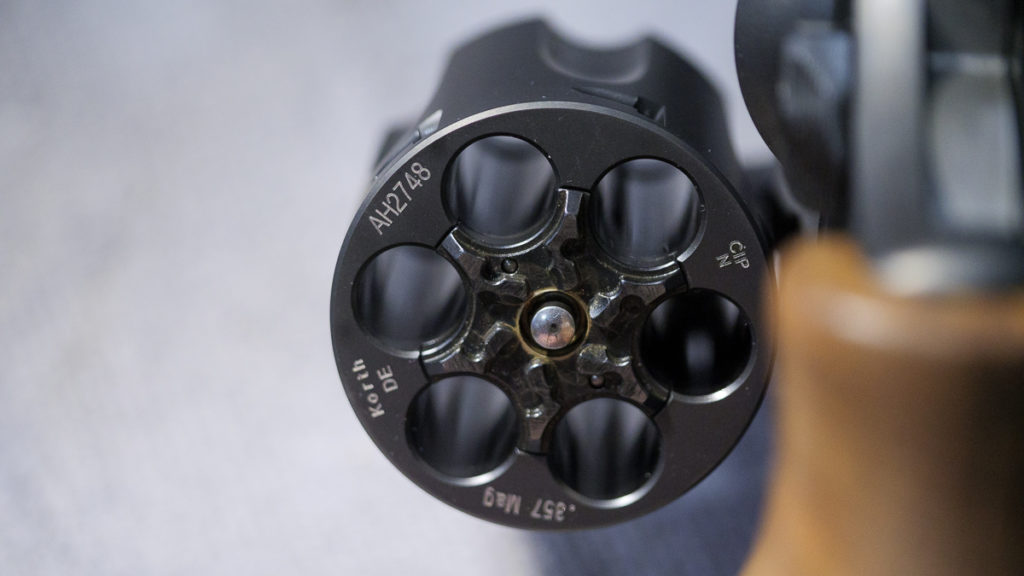 This model is optics ready with a Picatinny rail on top, and another underneath the barrel for lights. 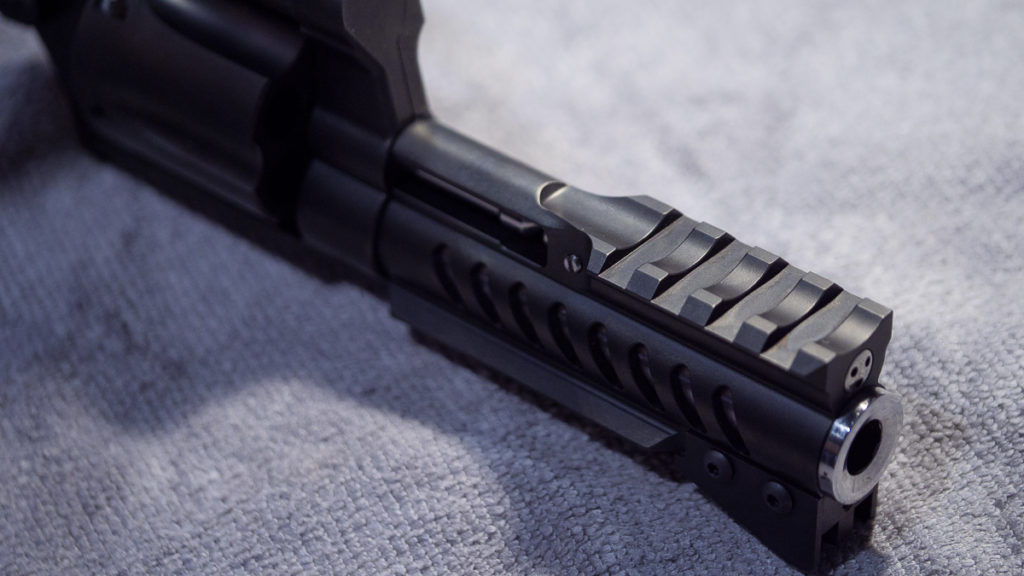 It’s got Picatinny rails on top as well as under the barrel.

If you get a chance, you should go hold these guns and try the triggers. They are very fine. And they should be: the Super Sport model starts at $4,799. That extra 9mm cylinder will only set you back another $1,000. Korth Revolvers are available for order now through Nighthawk Custom. 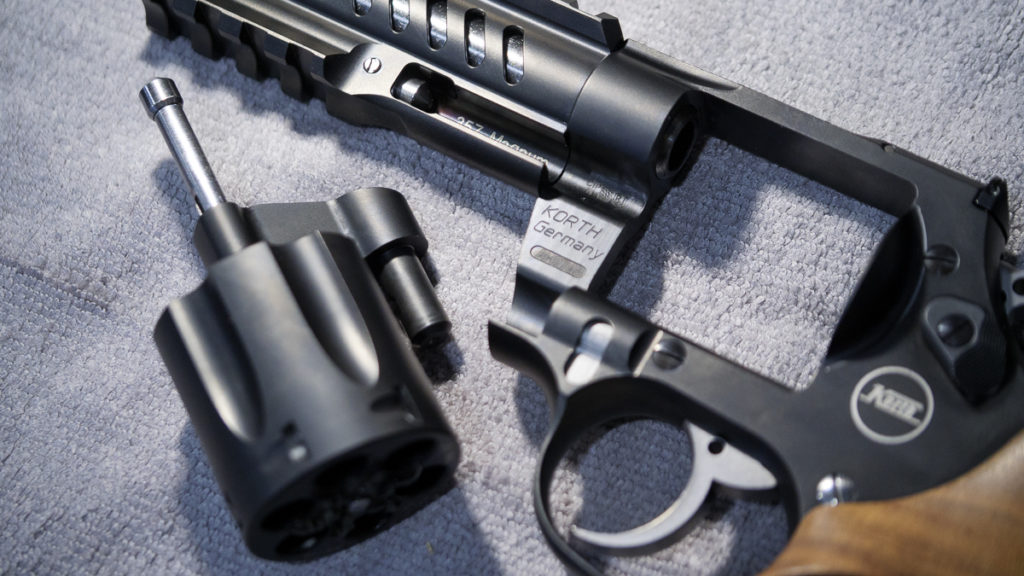 Each gun is custom machined for a precise fit, and it shows. 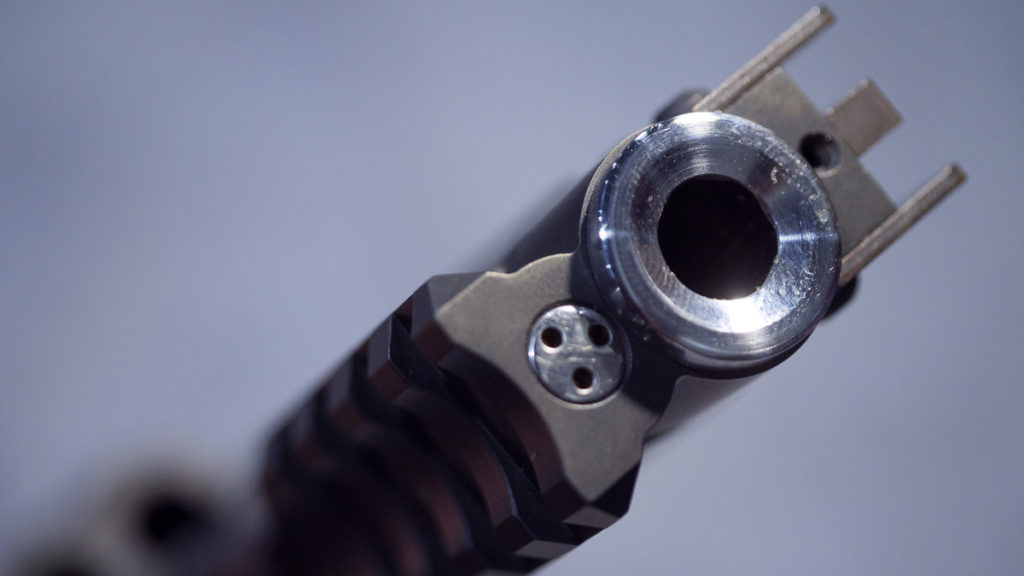 The barrel crown is polished for the US market. It’s made in Germany and imported by Nighthawk Custom.

Next post: Shots Fired as Woman, 79, Halts Home Invasion by Herself