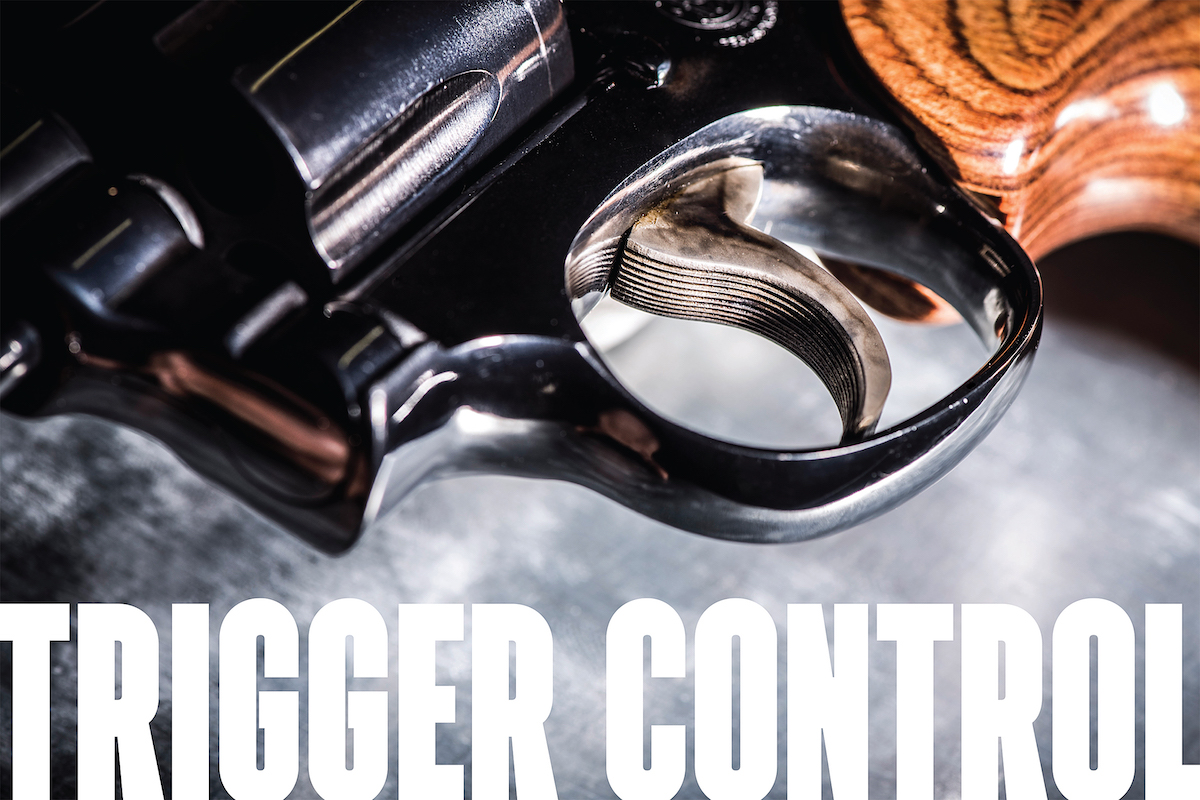 This whole concealed carry thing is about being ready to shoot someone. Let’s not sugarcoat it in any way: You get a sidearm (or a dozen) and take at least minimal training (hopefully), or, better yet, lifelong training. And for what? So you know how to safely and accurately shoot someone, or a bunch of someones, if the need properly arises. Our laws back us up.

That, of course, horrifies the gunless, the hoplophobes, most liberals, power brokers in Congress and our enemies around the globe. Americans, uniquely, of their own volition and expense, go out and teach themselves how to shoot people. That’s pretty amazing when you think of it in such unvarnished terms.

Most of what you read in these pages, in gun books in your collection and during classes you’ve endured deals, directly or indirectly, with the art and science of shooting people, though for righteous reasons only, of course. (That last part completely escapes most enemies of the 2nd Amendment and has them perpetually fighting against us.)

If I lived in some other nation — a top-of-the-line one or the most backwater on the planet — I really would not want to attack a nation like that. I wouldn’t even want to get them angry. People who think that way and train that way, well … that’s a mindset you had best leave alone. Those folks do what they want, they protect themselves, they’re self-starters, there’s something truly exceptional about them. I might even want to go there and be part of that. It has an appeal. It’s magnetic.

So, the question must be asked: With all these people so heavily armed, ready and trained to shoot other people, why don’t they?

Why aren’t there wars between them? Why doesn’t one clan or faction rise to the top and outshoot the others for control, as is routine in some African or South American countries?

The hoplophobes — people with a medical condition that gives them a morbid fear of weapons — and power mongers, politicians and foreign entities can’t manage that here, because everyone is armed. It’s a balance of power, so no one shoots. This is one of the great secrets anti-gun-rights advocates don’t see, can’t see or won’t see.

By arming the public and the authorities instead of just the authorities (as it had been the world over before America sprang up), a balance of power keeps the peace and provides an unparalleled (if not perfect) level of freedom.

Now, the anti-rights crowd ignorantly or self-deceptively focuses on very real lethal problems occurring inside social-welfare ghettos and the drug war run by the government. They fixate on that senseless, predictable slaughter. They translate this, in an irrational way, into fearful hatred of all weapons, especially firearms in the public’s hands.

They miss that guns routinely kept by 100 million people cause no harm and are a clear crime-prevention asset. The left places blame on guns instead of on miscreants who misuse them (11,000 murderers annually in a population exceeding 300 million, or 0.000037 percent). That reveals the true demographic, geographic, socio-economic nature of the problem — a reality their psyches desperately seek to avoid. With control of “news” media, they seek to influence and control you too. After all, when did murderers become “shooters”?

So, with [more than 17.25M as of Feb. 2019] people with gun-possession permission slips (government-issued carry licenses) and the untold others with Constitutional Carry, also known as Freedom to Carry (FTC), why don’t they all start shooting each other?

FTC is now available in 14 states. The citizens who exercise that right may or may not be heavily trained, but they are certainly at least equipped to shoot each other. The media has proclaimed that by letting them run armed and free, they will do just that, especially without papers or sometimes even training required. The blood will flow. What on Earth stops them? The media has promised us action!

The people reading this right now are great people who know how to responsibly bear arms. This is another key fact the left refuses to internalize. The evidence was in their faces every single time concealed carry laws passed in another state and as the number of Constitutional Carry states grew to 14.

It has been suggested that the left, progressives, liberals, alt-left, democratic-socialists (or whatever they call themselves this week) don’t get it because they are not adult in that way. They lack a certain maturity, stability and trust to keep and bear arms the way their countrymen do, qualities found in gun owners.

Guns aren’t for everyone and we all know it. Some groups — maybe those parading around with women’s parts as hats on their heads at the recent post-inaugural parties or approving of that behavior — are just not up to it.

Or maybe it’s because members of the left really do believe, despite the evidence, that if you have a gun, you will shoot them. Maybe that’s because if they had a gun, they know they might not be able to control themselves, and maybe they know they’d snap and shoot you. And everyone else. Unable to come to grips with their own immaturity and internal terrors, they just want guns to go away.

Previous post: WATCH: Sheriff’s Deputy Shoots Attacker Who Came After Him with a Knife