A self-defense incident in Chicago this week could have ended in tragedy if not for two lawsuits that forced the city and Illinois legislature to allow for the possession and carrying of handguns, according to the organization that brought the lawsuits.

“Our legal actions have always been about putting law-abiding citizens on an equal footing against violent criminals,” said Second Amendment Foundation founder and Executive Vice President Alan M. Gottlieb. “We eliminated Chicago’s handgun ban with our 2010 Supreme Court victory in the McDonald case, and then forced Illinois lawmakers to allow citizens to legally carry with our Moore v. Madigan lawsuit.”

Local Chicago media reported yesterday that a 25-year-old woman shot and killed a man who had attempted to rob her at gunpoint outside a bus stop. The investigation is still ongoing, but authorities have said that the woman had a valid concealed carry license.

Surveillance footage shows the victim standing at the bus stop on her way to work. Investigators said 19-year-old LaAvion Goings approached the woman, pulled out a gun, and announced a robbery. 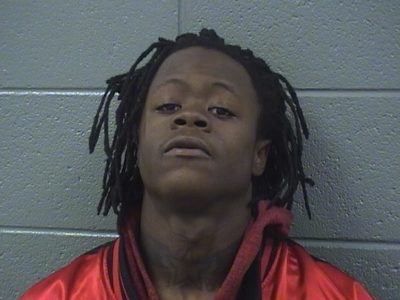 Goings knocked the woman to the ground in the course of the struggle, but the woman managed to pull out her firearm and shoot him in the neck. The man was still able to run away, but police apprehended him farther down the street. He died at the hospital later that day.

Police say Goings had a violent history. Last summer, he allegedly attacked a sergeant and officer during a drug raid.

Neighbors told reporters that the area in which the incident took place can be dangerous and that many women carry firearms to protect themselves.

“He got what he deserved. He ran up on the wrong person,” area resident Shonta Hodges told local media. “She did what she had to do.”

Gottlieb noted that while gun-control advocates studiously record incidents that promote their agenda, they are strangely silent on events like this one in Chicago.

“Not surprisingly,” Gottlieb said, “the gun control crowd invariably loses its voice when a bad guy is shot while committing a crime. Groups such as Everytown for Gun Safety and Moms Demand Action scream loudly when they push restrictive gun laws to disarm honest citizens, but when an intended victim is able to win in a deadly confrontation, they quickly stick their heads in the sand and pretend nothing happened.

“Their silence,” he continued, “is not only deafening, it is deadly. Anyone who thinks a young woman should not be able to defend herself with a legally-carried handgun needs to readjust their moral compass.”