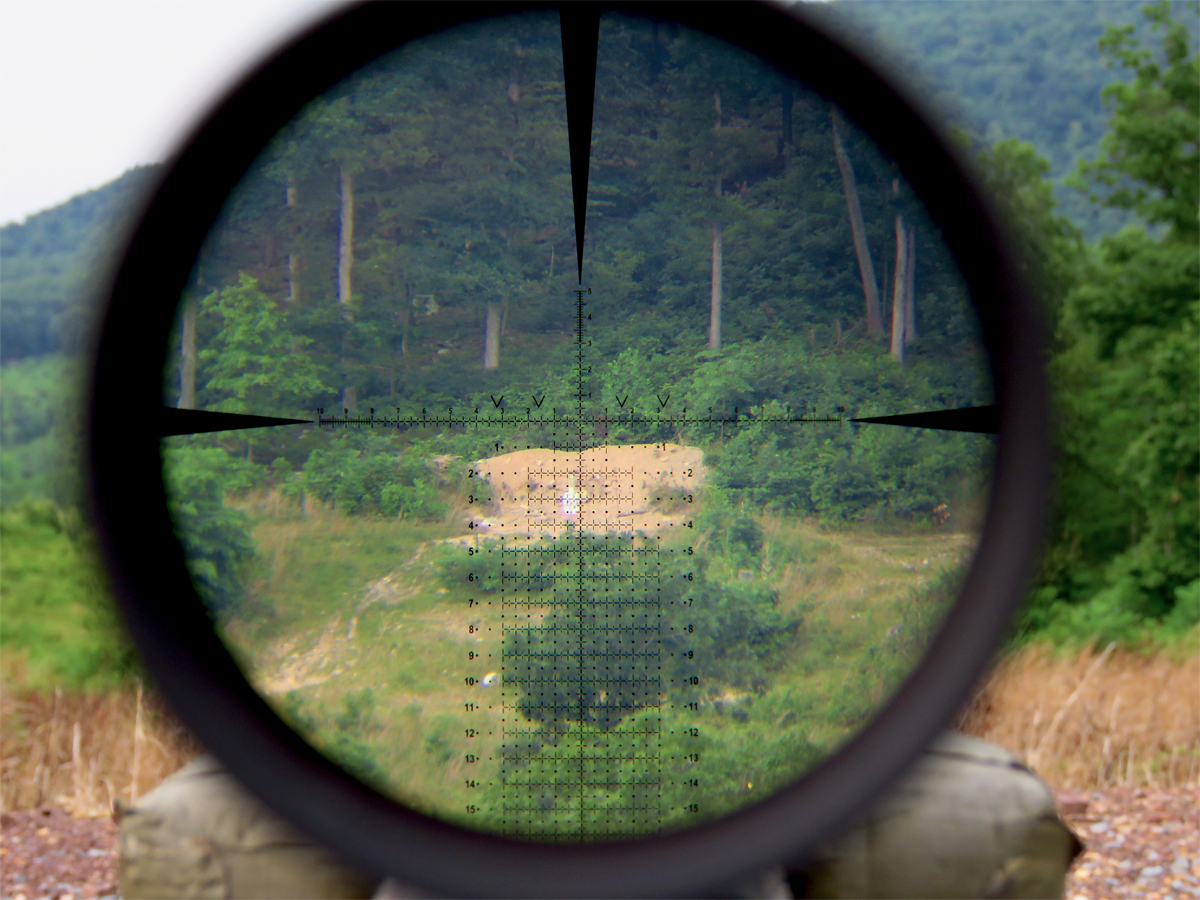 The CCH reticle is a mil-based hold over-type of reticle that is practically brand new to Leupold’s reticle line up. This first focal plane reticle has features that help with hold over, ranging, and moving targets that are accurate at any magnification setting, living up to its name, Combat Competition Hunter.

The 6.5-20X50 LRP scope that I reviewed came with Leupold’s new first focal plane Combat Competition Hunter (CCH) reticle. There hasn’t been a lot of information put out about the CCH so I felt that this was a good opportunity to explain the features of the reticle as I see them. The first thing that you’ll notice is that the CCH resembles some other well-known hold-over reticles, but that’s about where the similarities end.

Unlike most hold-over reticles the CCH breaks down into .25 mil increments as opposed to .2 mil increments. When you consider that this reticle was created for combat, competition, and hunting scenarios you realize that it was made for fast, accurate holds, sometimes done under stress. In those situations, if your data says you need 2.3 mils of elevation do you worry about getting a perfect 2.3 mil hold over? No, you hold 2.25 mils on the CCH reticle and let it eat. That .05 mil difference is negligible really and will still result in a hit on target. Laying the reticle out in .25 mil increments and making all of the little reticle intersections open further helps lessens the clutter and blocks less of the target. This was a common complaint about many other hold-over reticles that were described as looking through a fly swatter or screen door. 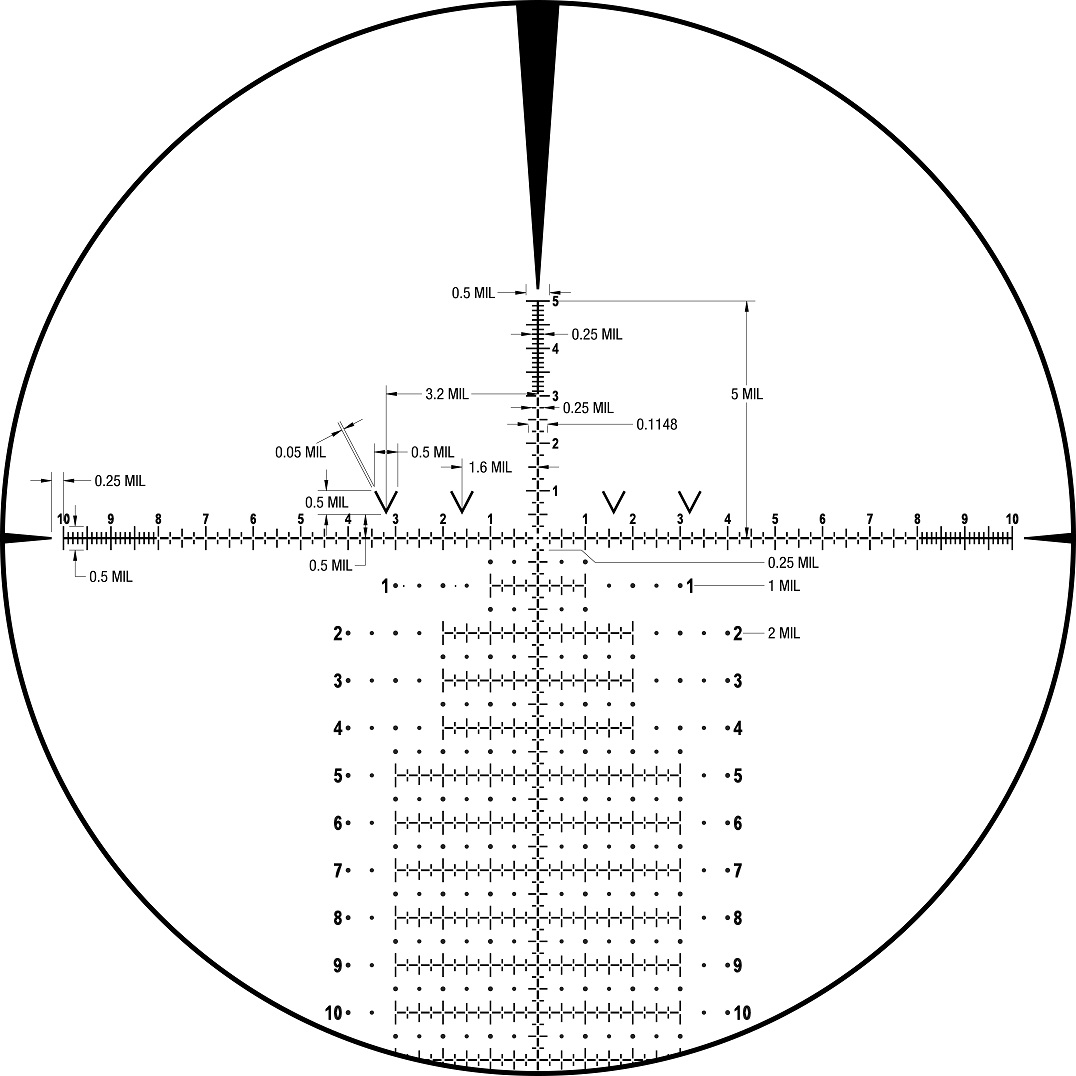 Another distinctive feature of the CCH reticle are the chevrons located to left and right of the vertical axis.  I could find no specific information about these chevrons other than they are spaced 1.6 mils and 3.2 mils from the center. Considering the design intent of the reticle I can only imagine these can be used as quick reference points for ranging and moving target leads. For hunting, you can use the chevrons to bracket an animal and help determine the range based on its length or width. In terms of target leads, the inner and outer chevrons could roughly correspond to the hold needed for a target moving about 3 fps and 7.5 fps respectively. You’ll have to do your homework prior to going out of course to see how those chevrons relate to your ammunition and intended target, but they can be handy tools.

With the magnification turned all the way down on the first focal plane reticle the large triangular stadia at 12, 3, and 9 take over and create an easy to see the aiming point. The numbers on the fringes of the hold-over reticle are still visible so in theory you can still hold over if you need to but don’t count on seeing the .25 subtensions. Overall, I enjoyed using this reticle very much and consider it the must-have option if you get the 6.5-20 and 8.5-25 LRP scopes, perfect for the long range hunter or shooter.