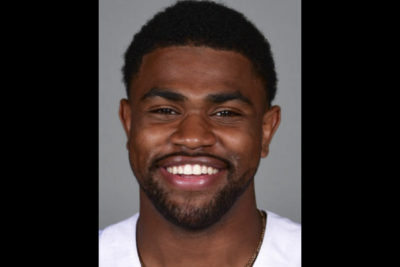 A key running back for the Louisiana State University football team, along with his teammate, was involved in a self-defense shooting over the holiday weekend. Officials say that neither has been charged with a crime.

Sophomore running back Clyde Edwards-Helaire and freshman walk-on linebacker Jared Small were attempting to sell an electronic device to 18-year-old Kobe Johnson, local media reports. When Johnson pulled a gun on the student-athletes and demanded their belongings, one of the athletes pulled his own handgun and shot Johnson multiple times. Johnson died where he had been sitting in the back seat of the athletes’ pickup truck.

While the investigation is still ongoing, Baton Rouge police spokesman Sgt. L’Jean McKneely told NOLA.com that investigators “appear to be” leaning towards self-defense.

“We believe this is an act of self-defense and the evidence will show that,” echoed Christopher Murell, one of the three attorneys representing Edwards-Helaire and Small.

The student-athletes called 911 after the incident, stayed at the scene, and cooperated with investigators. They were taken in for questioning but released later that day.

Before playing for LSU, Edwards-Helaire and Small had been teammates at Catholic High School in Baton Rouge, where Gabriel Fertitta served as offensive coordinator. Fertitta posted on Twitter that both students were “kind-hearted and sweet.”

My 💔 hurts for Clyde and Jared. Not sure the gen public and LSU fans truly understand how kind-hearted and sweet these two young men are. They went through an extremely tragic event. 🙏tonight for all involved including the fam of the young man who died. Hug your fam tight 2nite

The LSU administration has confirmed that both athletes are attending the university but directed all questions to law enforcement.

“We have today been in constant contact with law enforcement regarding this terrible situation,” LSU Athletic Director Joe Alleva said in a statement Saturday afternoon. “Right now, our concern is for the safety and well being of our student-athletes. They have been involved in a traumatic incident and we have made our counselors available to assist immediately. All questions regarding the investigation should be directed to law enforcement at this time.”

Edwards-Helaire has rushed for 626 yards this season, the second highest mark on the team. He’s also scored seven touchdowns and played in all 12 games. He is expected to play in the school’s bowl game on Jan. 1, according to The Advocate.