Popular reloading supplier Lyman has listened to their customer base and released several new products that people have been asking for, according to a rep from the company. For more information, visit Lymanproducts.com Included in the year’s new offerings is a case trimmer in a 115v or 230v option. The trimmer uses the case shoulder for centering, allowing the user to trim approximately 15 cases per minute. It comes in a tidy little package as well to utilize bench space. MSRP 165.00 115v or 170.00 230v 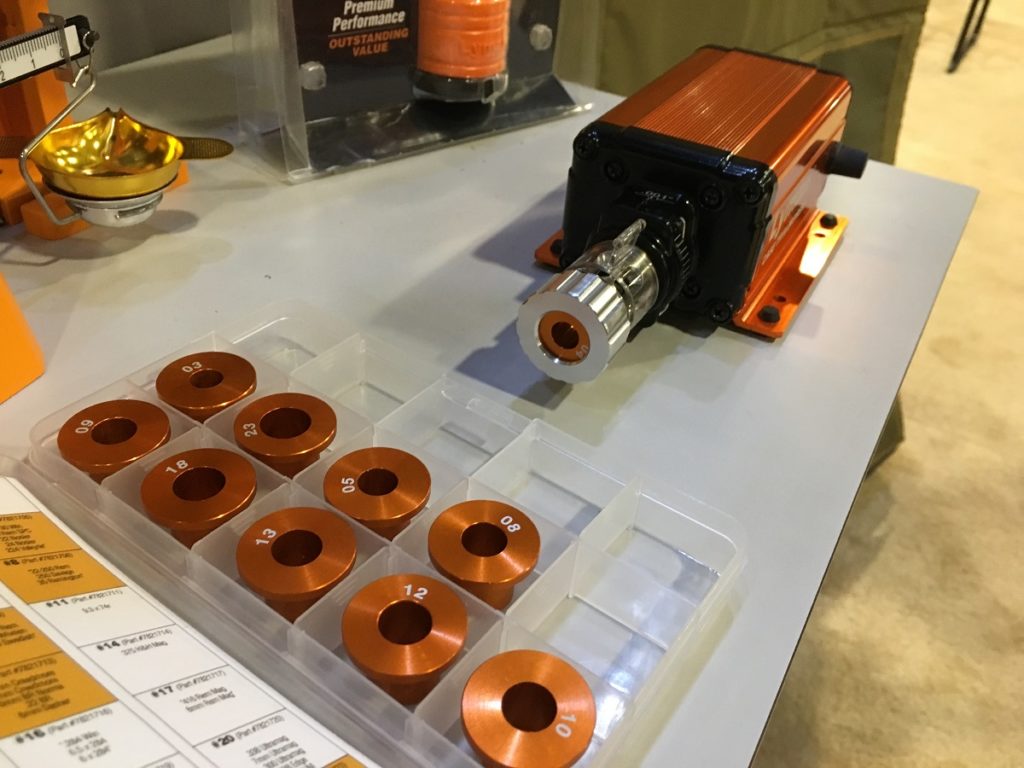 The new case trimmer allows the user to trim roughly 15 cases per minute.

For those in the market, Lyman is adding a new powder trickler as well. The Brass Smith trickler has a large diameter knurled knob for more precision and an aluminum feed tube that comes with an extension to be used with wider scales. MSRP 22.00 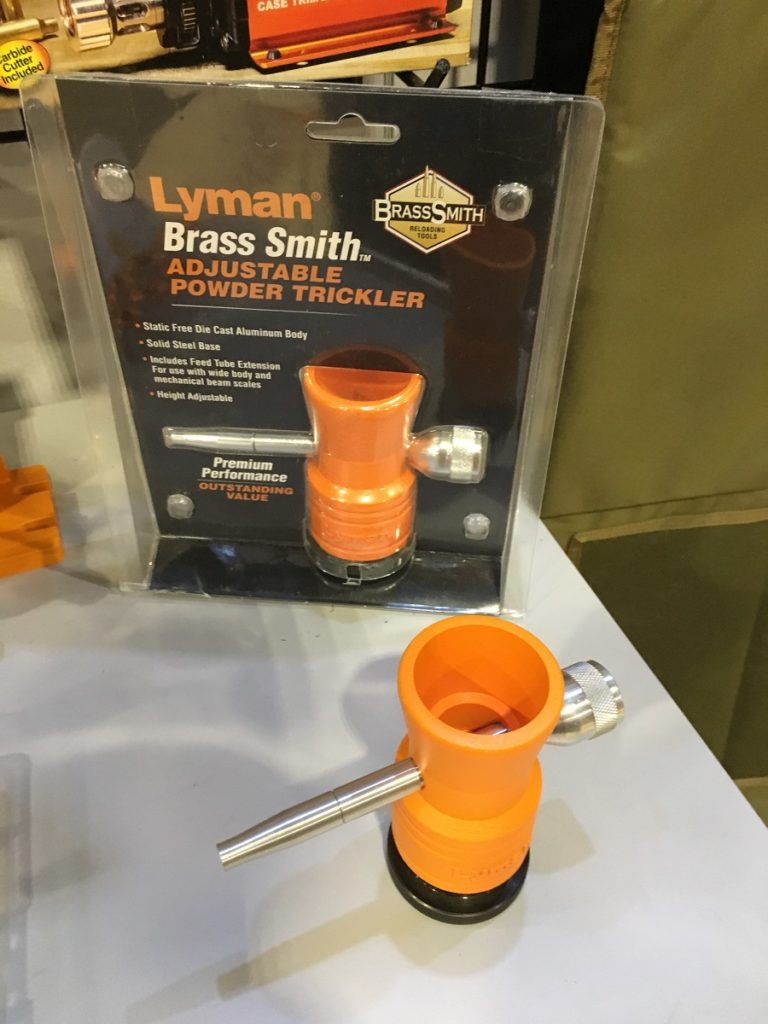 The Lyman Universal Press Stand is another new addition, allowing reloaders to mount virtually any press to their stand with enclosed hardware and mounting plates. If the bolt pattern doesn’t match up, Lyman has left room to drill your own in one of the two enclosed brackets. MSRP 70.00 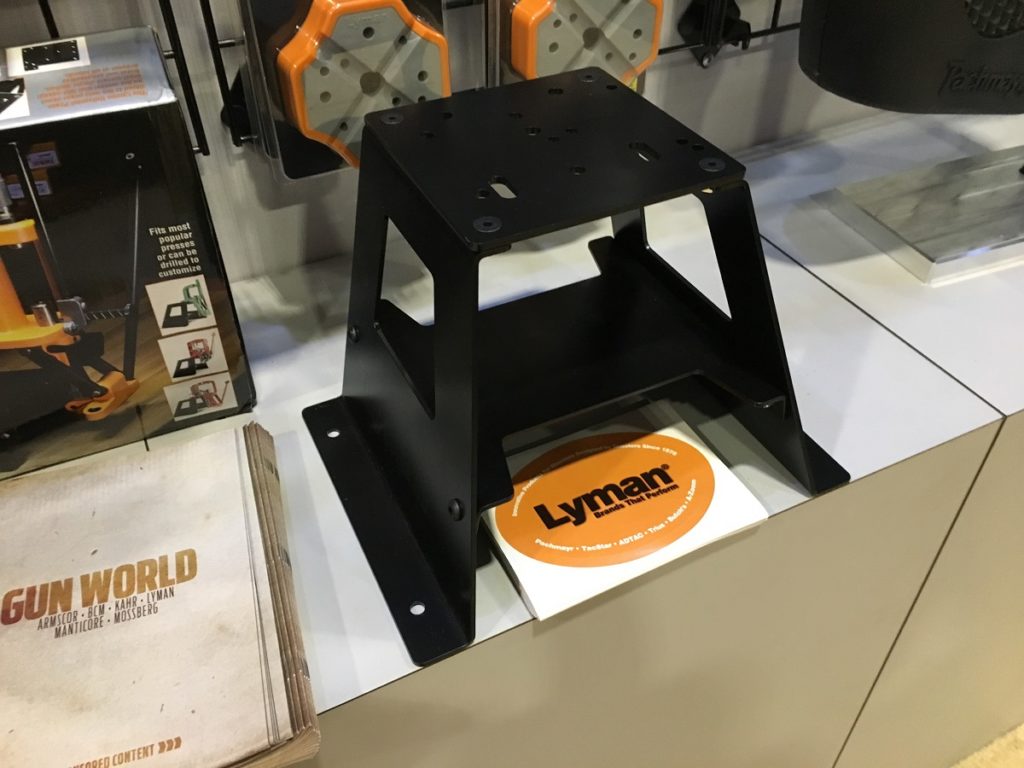 The Universal Stand has many bolt pattern configurations to allow the mounting of almost any press.

Lyman has made ammo checker blocks previously, but this year they are releasing blocks with 8 chambers of the same caliber including 9mm, 45ACP, and .223 Rem, for the serious semi-auto reloaders. Milled from a solid piece of aluminum. MSRP 38.00 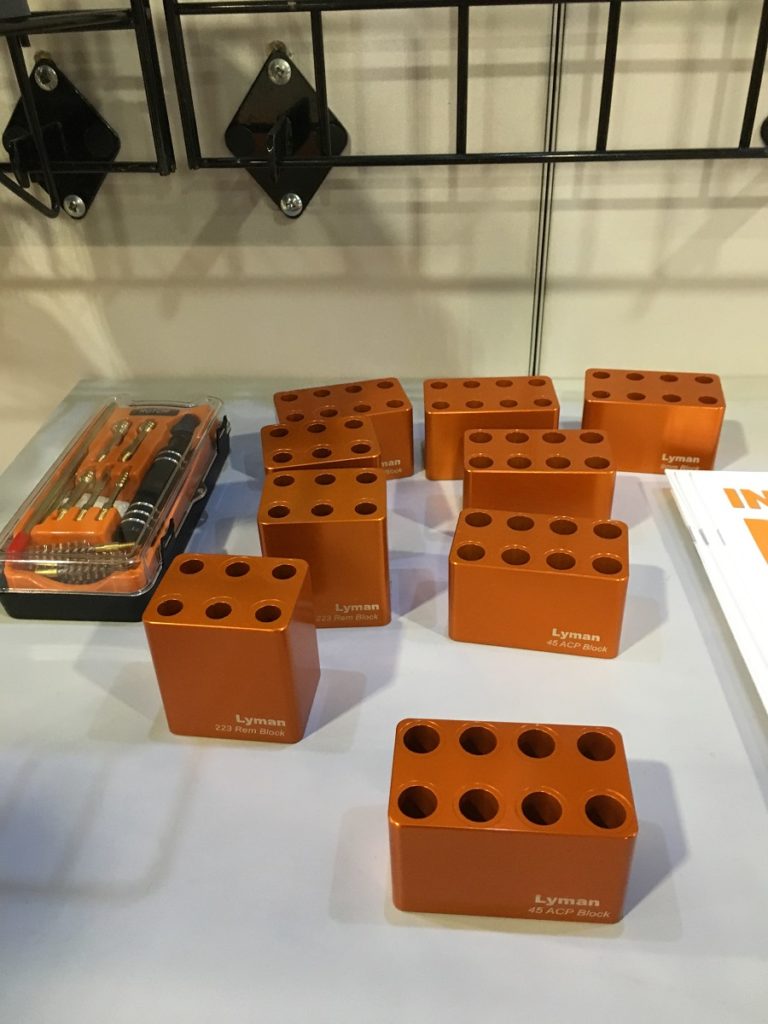 Three new ammo checkers allow the user to check eight rounds of the same caliber at once.

All new Lyman products should be available by early spring.