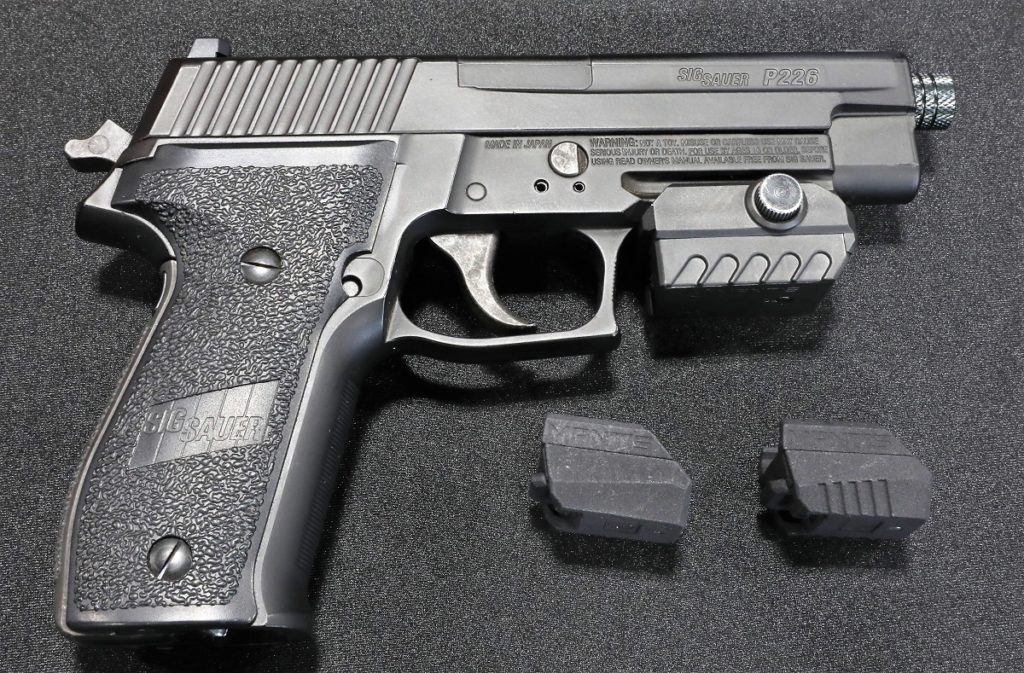 The MantisX is a rail mounted firearms training system that sends data to a tablet or smart phone application. New versions (below) are smaller, lighter, and have more features.

One of the best ways to improve one’s marksmanship is to practice dry fire. Building muscle memory (or neural pathway development if you prefer) is key to mastering a skill such as shooting accurately – particularly for pistol shooters. MantisX has been developing hardware and software to help make dryfire sessions more productive. 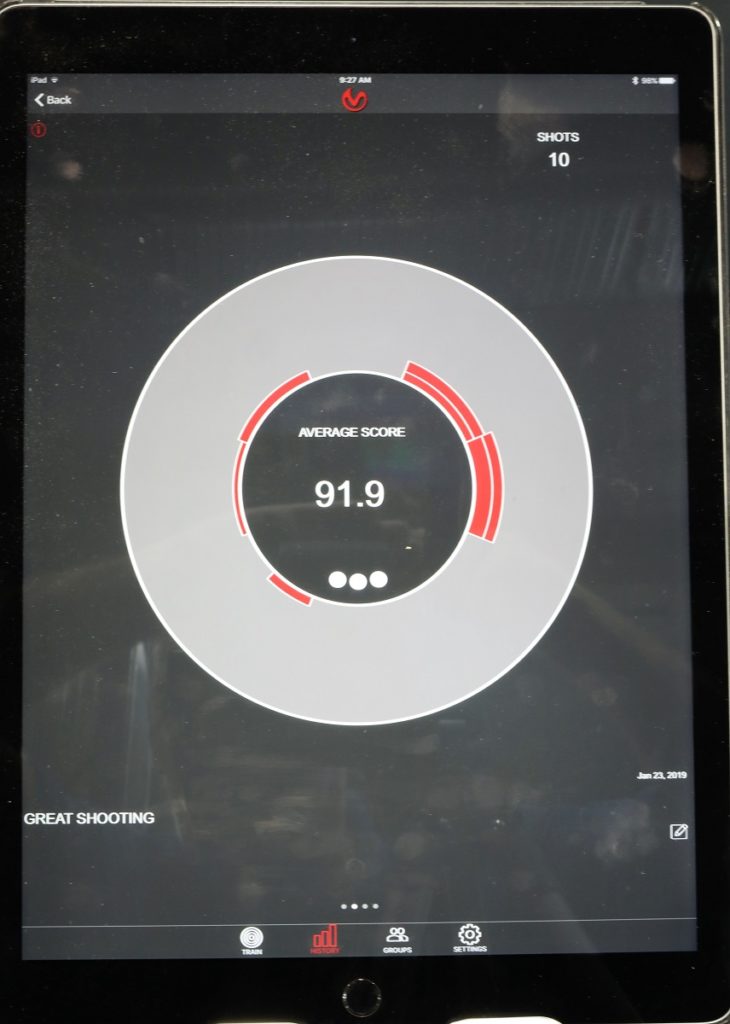 A few years ago MantisX introduced their firearms training system with a rail mounted module that tracks the shooter’s movement before the trigger is pulled. The unit sends data to your smart phone or tablet to display visual and quantitative feedback regarding what was going on just before the trigger pull. The system can be used with any firearm that has a standard rail, and it can be used for either dry fire or live fire. For each shot the shooter gets a score based on how still the gun was held before the shot. There is also a visual that traces the movement of the gun. 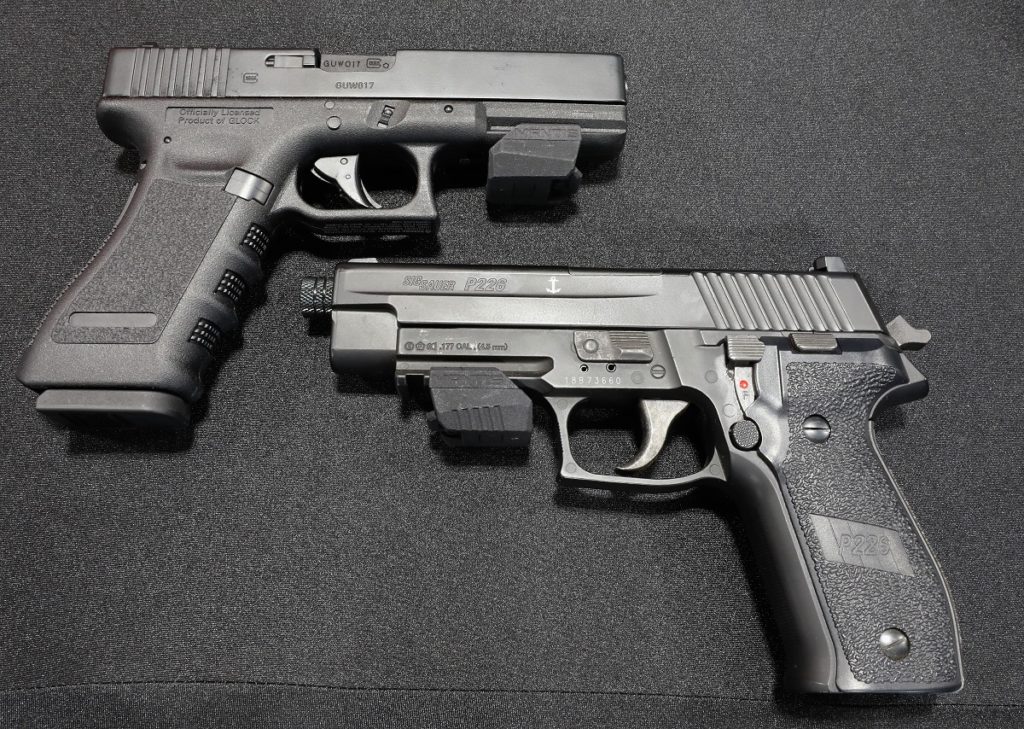 New this year is the X3, which is identical in functionality to the original MantisX, but the X3 is about half the size and weight of the original. The X3 is also quick disconnect instead of the knurled screw attachment of the older model. “It will fit a picatinny rail and all of the standard guns” according to a company representative. The X3 also charges with a USB port and has extended battery life — 24 hours after a one hour charge.

Also new this year is the X10, which is slightly different in appearance than the X3 with serrations on the side. The X10 has all the features of the X3, but also has recoil management – the X10 records what happens after the shot. Another added feature of the X10 is holster draw analysis. The X10 will fit into any holster that is built for pistol with a rail mounted light. Finally, magazine floor plate adapters will be available for gun/holster combinations that do not have a mounted light. 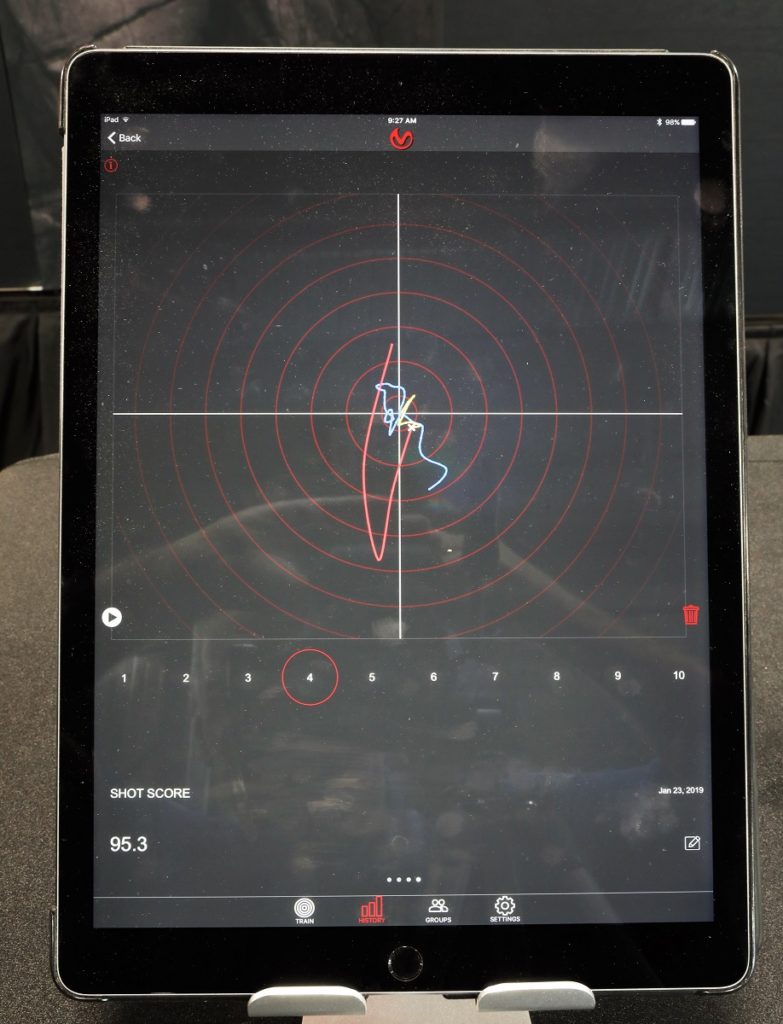 How good is the system? According to the people at MantisX, an as-yet-unnamed military unit conducted a study in which one group of new recruits used MantisX training support and the other group did not. The study concluded that the group of recruits that had use of the MantisX qualified more quickly and with better scores than the group without the system.